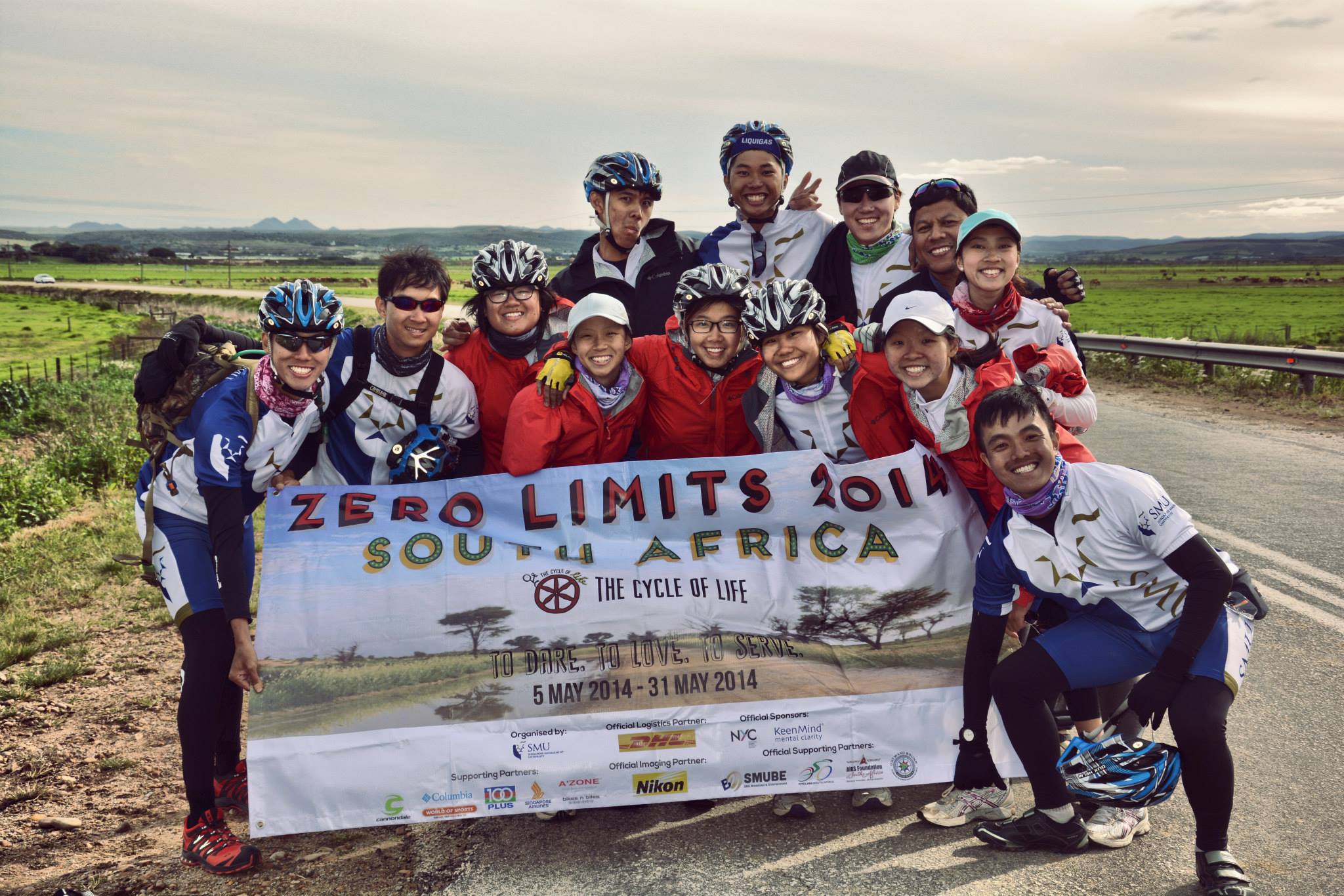 Singapore Management University is “A Different U” for a multitude of reasons. This post casts the spotlight on Zero Limits 2014, an SMU student-led initiative which affords students an opportunity to push their boundaries while contributing to society. Just one of the many community service and global exposure endeavours undertaken by SMU students throughout the year.

This summer, a team of 12 students from Zero Limits 2014 embarked on a cycling expedition that pushed them beyond not only their physical but also mental and emotional boundaries. Headed by SMU Lee Kong Chian School of Business undergraduate Aaron Leong, the 23-day journey commenced on May 5th 2014 and took the student cyclists 1,200 kilometers across the Eastern and Western Cape of South Africa to spread a message of love, hope, and joy to orphans in the country. 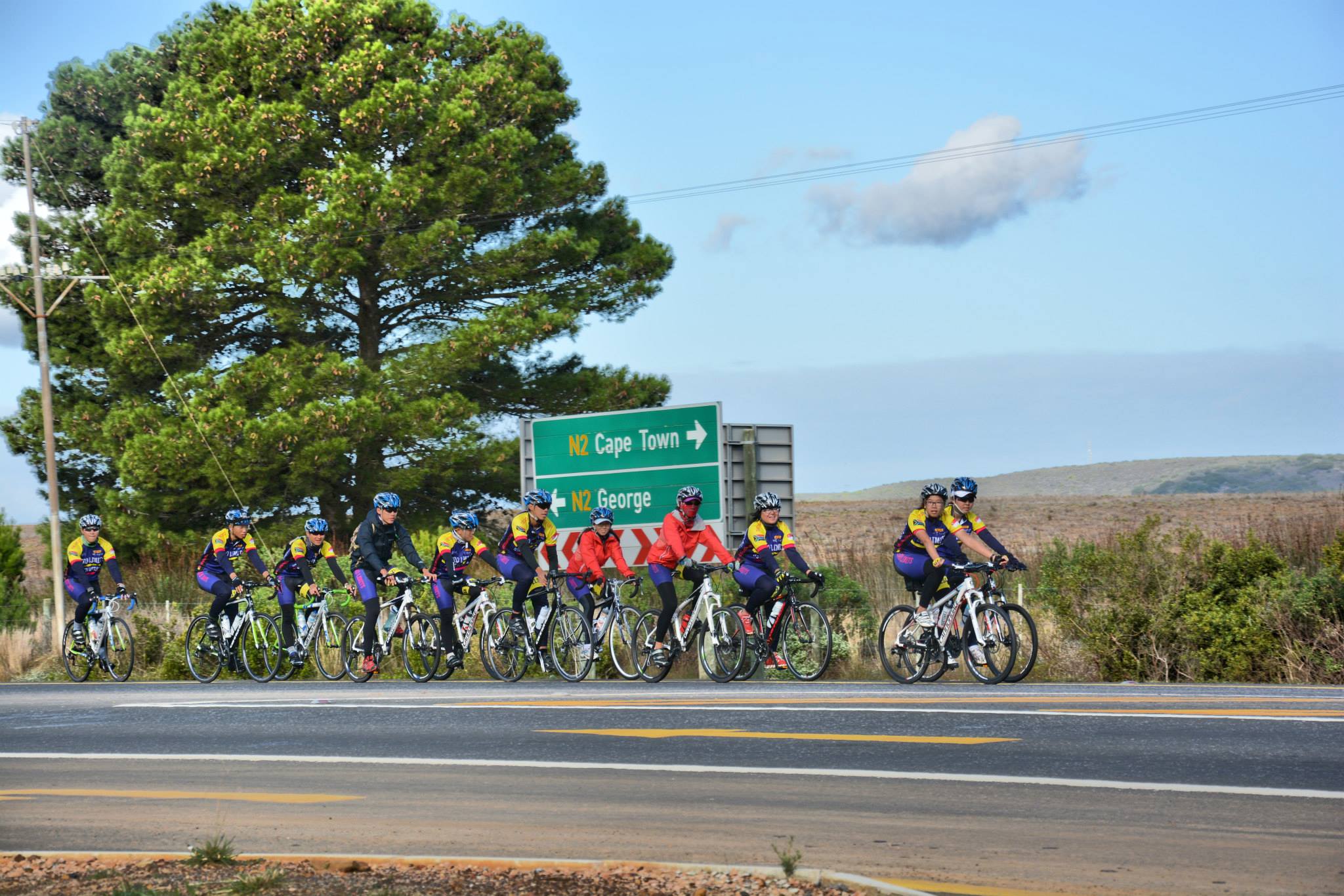 With SMU’s compulsory 80 hours of community service, this kind of community work is not entirely new to students. Students are encouraged to take part in projects that address causes that they are interested in and give back to society. Because of this, many have not only joined local and overseas community service projects but have also gone on to organise projects of their own.

Organising an overseas project like Zero Limits 2014 is not as simple as just finding a cause and going. The team had to go through many months of planning, liaising with partners, sponsors, and school offices before actually going on their trip. It took a lot of time, but after finally getting support from the university’s Office of Student Life (OSL) and securing various official sponsorships from DHL for their logistics, Nikon for their imaging and documentation, as well as others, Project Zero Limits was good to go! 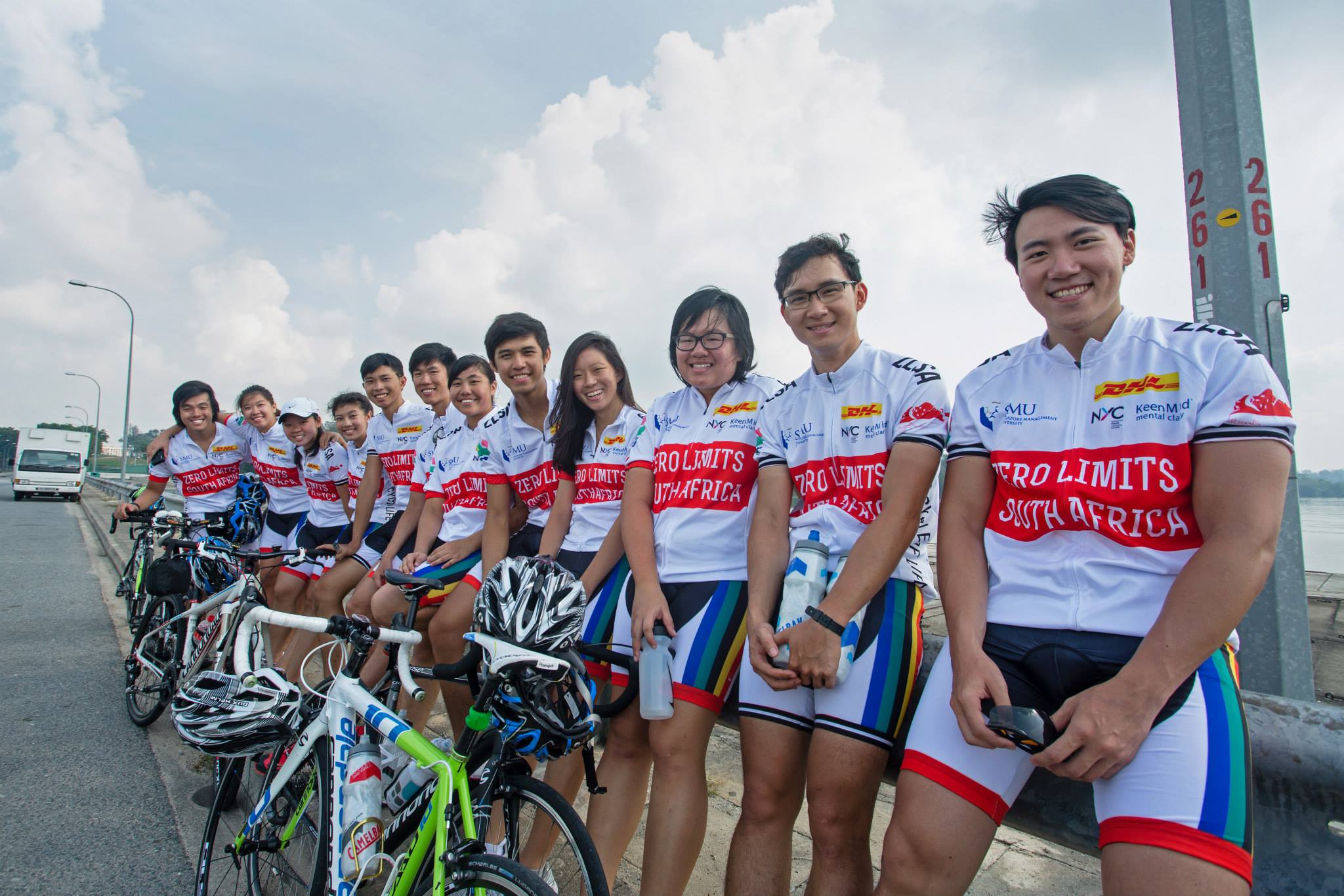 As they team cycled across the South African countryside to personally deliver gifts and basic necessities to 395 children from five local orphanages, the members were exposed to a whole different perspective. Across the hills and plains, they were given a glimpse of the world’s beauty but also experienced how harsh it could really be.

Pearlyn Neo from the School of Information Systems shared that, when she saw the children’s humble lunch of bread and vitamin water at one of the orphanages, she found herself unconsciously lowering her head and reflecting on the poverty they were witnessing. For the team, the experience opened their eyes, and made them realise that there are things we take for granted every single day that are not available to many people around the world. 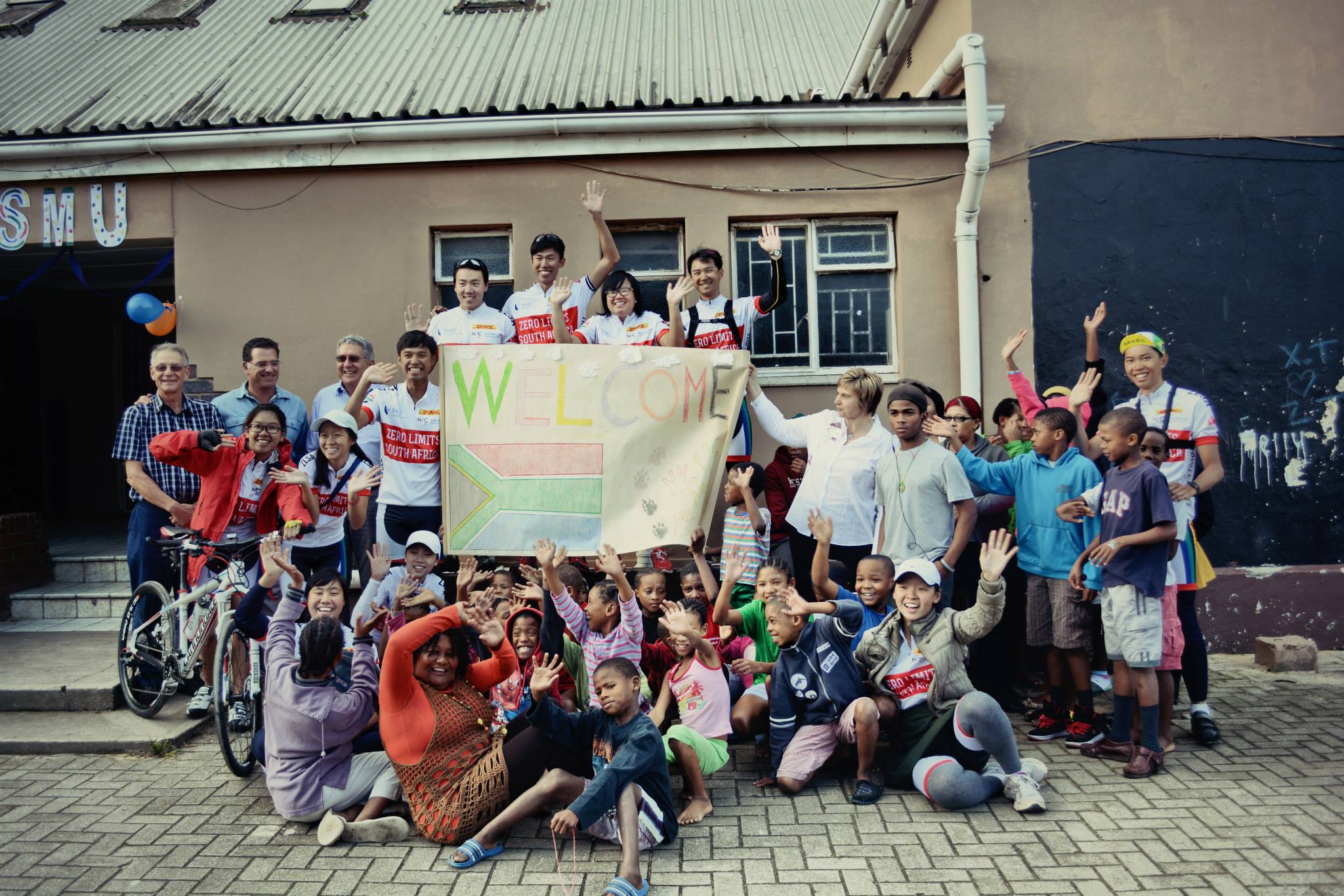 Team member Faith Ooi from the School of Social Sciences also shared her experience with the children during their expedition. Expecting to bring joy to sad children, she was surprised and humbled by what welcomed the team upon their arrival at one of the beneficiaries.

“I was mentally prepared to give my smiles, emotions and affections to the kids, thinking that these might comfort them from their hurts. But what greeted us were excited cheers, a beautifully decorated ‘Welcome SMU’ sign, and a banner with the children’s handprints. Then, the older ones surprised us with a dance, and we were presented with a South African flag.

Nothing taught me the significance of learning how to take, just as much as giving, than that incident. I learnt to let go of an idea that we had been conditioned to believe: that we are more privileged than these children, and to readily accept what they had to give too – their simple, sincere acts of making us feel loved – because it brought healing to both of our souls,” said Faith. 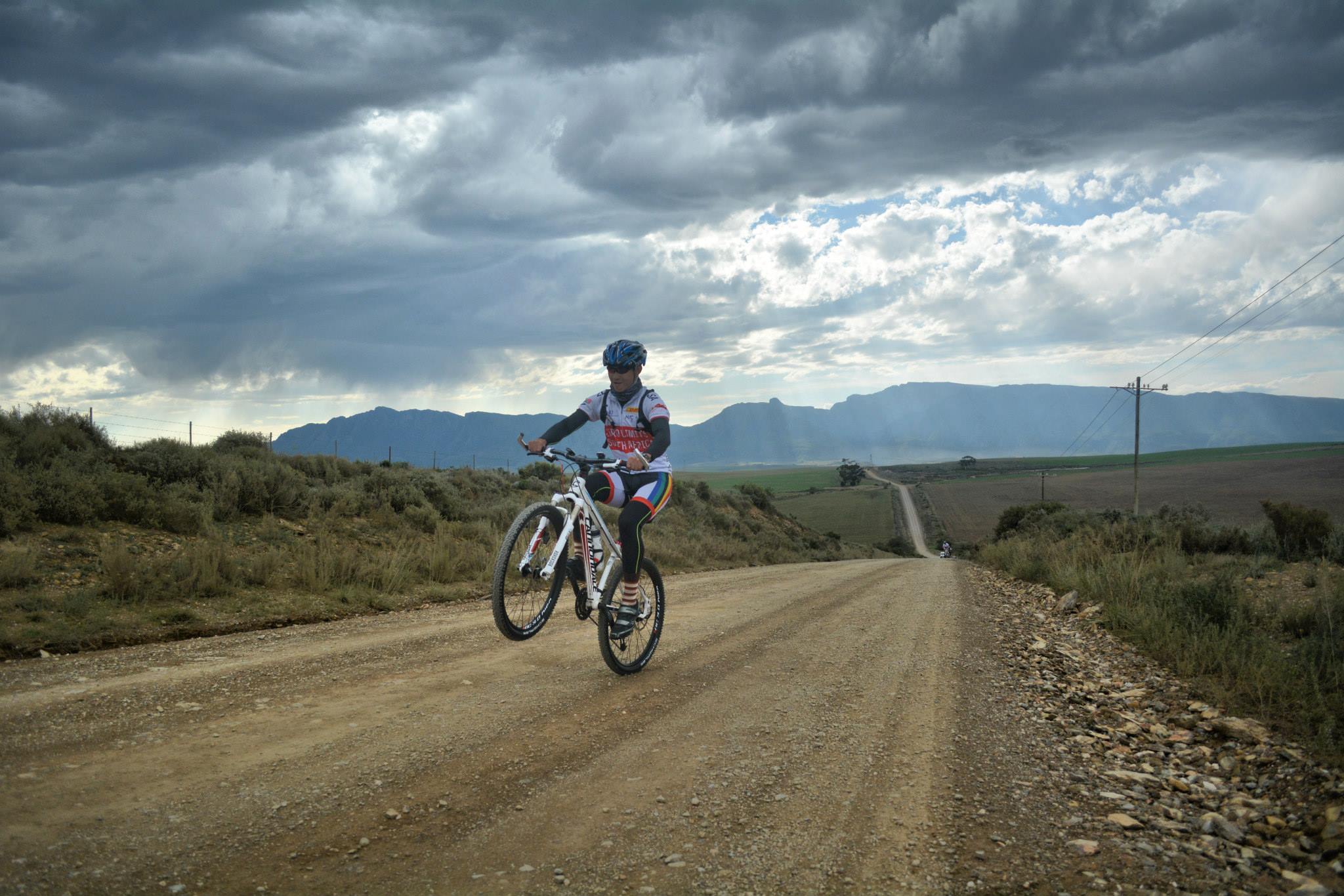 At the end of the journey, having undergone months of planning and a 23-day long expedition, the Zero Limits 2014 team returned with new experiences and many lessons learned – but most of all, with the fulfilment of completing their mission.

The story of Zero Limits 2014 is not merely about a bunch of students embarking on a cycling expedition for a cause, but a story about pushing ourselves physically, mentally, and emotionally to serve others – something that every student should aspire to do.