Waste Not, Want Not: Redefining Uglies with TreeDots 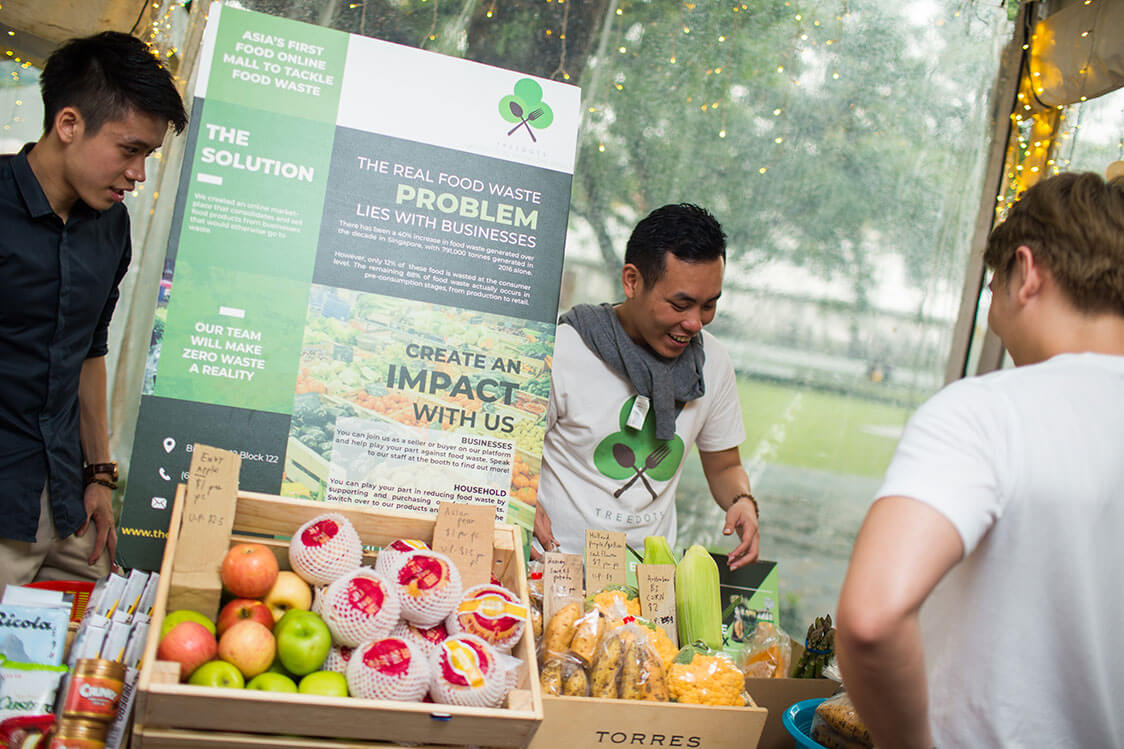 To say food waste is a huge problem in Singapore is an understatement. Every year, the republic generates close to 791,000 tonnes of food waste—enough to feed 1.2 million people for a year. In South and Southeast Asia, the UN’s Food and Agriculture Organization estimates that about 12 per cent of food wastage comes from households, while the remainder—88 per cent— comes from non-household related activities.

These statistics, and their personal experience with the problem, led SMU alumni Nicholas Lim (Lee Kong Chian School of Business) and Tylor Jong (School of Economics), together with a friend, to create TreeDots. TreeDots is conceived as an online outlet mall for food items that are still safe for consumption but do not hit the usual—and unnecessary—aesthetic and industry expectations. It is a marketplace for such food items to be peddled at a discounted price to participating F&B companies, non-profit associations, and practically anyone who is capable of clearing and consuming them before they perish. 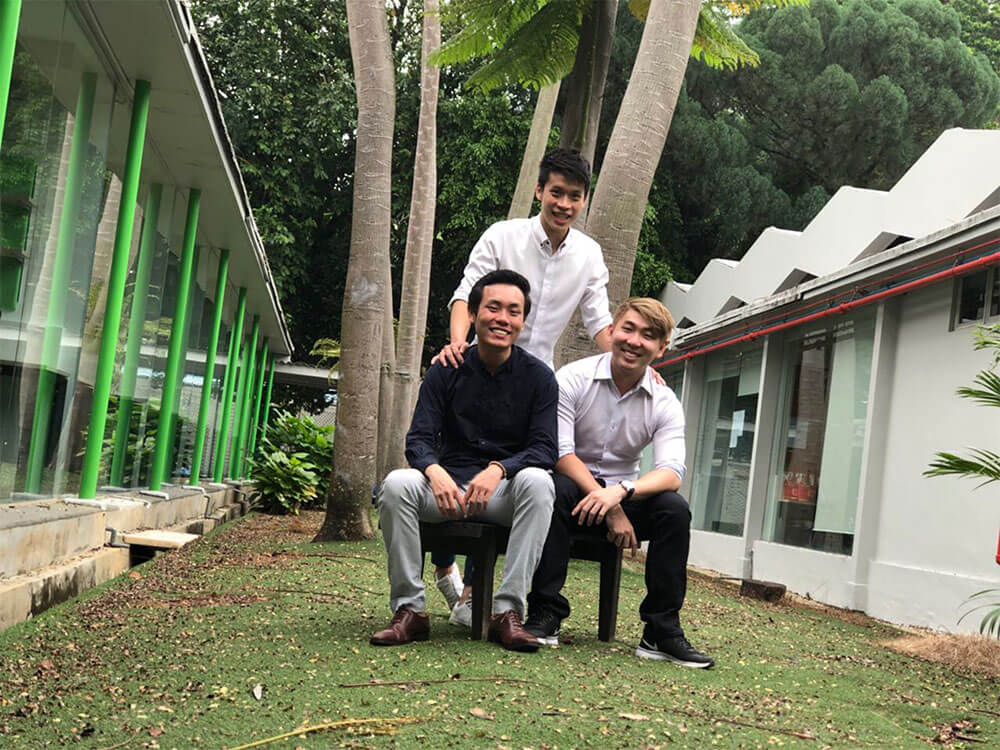 The first such social enterprise of its kind in Asia, Tylor says the TreeDots platform is an ecosystem that “encourages and facilitates transactions for unsold food items to reduce food waste through addressing the lack of information, providing data insights, logistics support and payment gateways”.

Tylor, who majored in economics and finance at SMU, explains, “Our social enterprise fundamentally lies on the alignment of a business’s goal of profit maximisation with our mission to reduce food waste.”

The TreeDots approach involves B2C and B2B platforms where both businesses and households can take part in reducing food waste while meeting their individual needs. Unlike a traditional charity, it leverages with its web presence, an up-coming app and internal systems; and invests in scalable operations to ensure efficiency. Also unlike food banks, TreeDots does not rely on food donations and volunteers. We learn more about this unique enterprise from its founders:

Ugly does not mean inedible, as Nicholas, who graduated in business administration and management, discovered when he was travelling in Europe. 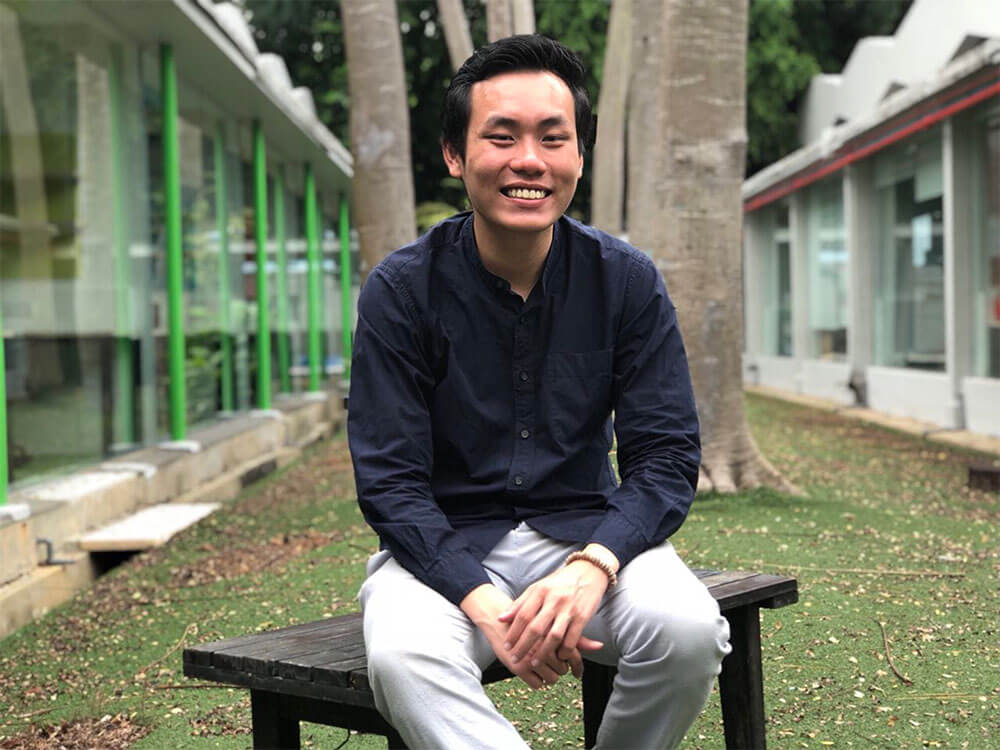 He noticed the supermarkets there had a section of “deeply discounted” food products—all close to their expiry dates or were slightly damaged and yes, looked ugly. And the prices were really low. He tried them—everything from meat and vegetables to juices—and to his surprise, realised they didn’t taste much different. Upon his return, he was dismayed with the situation in local supermarkets, where products with less than 6 months to their expiry dates are taken off the shelves.

Nicholas says, “Although it is comforting to know that the food is donated, most of it still goes to waste simply because charities are unable to consume that much before it goes bad. With this knowledge, and knowing that it could work after my trip to Europe, I decided to start TreeDots with my current two partners who shared the same ideals as me towards food wastage.”

The food waste problem in Singapore

Tylor says he has always been aware of food waste here but did not know how severe the problem was and how ineffective the current solutions were, until becoming involved in gathering food donations from businesses during community work.

“There were businesses who were willing to donate their unsold food items that would have been thrown away if not donated, but these businesses were only a handful. Some brushed me aside while most promised food donations but did not deliver what they promised, or donated food that was too close to its expiry date.”

Yet at those business premises, he saw cartons of food thrown into huge bins that were too full to close.

He notes that a substantial amount of discarded food are not actually expired items, unfit for consumption. They might bear packaging design errors or do not meet the sellers’ stringent size and quality standards; be delisted from a retailer’s inventory catalogue; or are part of an over-produced shipment of stock that has to be tossed out to make way for new inventory.

“If there was one key takeaway from this experience, it was that businesses are profit-driven and environmental and social causes are secondary,” says Tylor.

“We needed a solution that resonates with these businesses’ interests, aligning their goals with our environmental cause. And this solution is TreeDots.”

Why is TreeDots different from other efforts to reduce unwanted food?

Nicholas says current initiatives aimed at cutting food wastage in Singapore via re-distribution are either charity organisations such as Food Bank, or focus solely on cooked food such as Eleventh Hour and Treatsure.

“Although charity organisations are a good method of re-distributing unwanted food products as those listed on TreeDots’ platform, firms tend to still hold on to their unwanted food until the last minute before giving them away for free in hopes of still selling them for some salvage value if possible.”

But he says that by doing so, charity organisations are often left with food that has too little leeway before their expiry to hand them out, thus limiting the amount that they can re-distribute. As a result, TreeDots stands out among them by reducing food wastage whilst aligning with business requirements.

TreeDots Christmas for the underprivileged

During the festive season, Nicholas and Tylor used the TreeDots ecosystem to organise a social initiative by crowdfunding and raising money to buy food items to benefit 100 needy people.

They say, “We were marketing the initiative on various social media platforms such as Facebook and Instagram, with the help of Instagram influencers, and getting the aid of our collaborating partners and beneficiaries to post it on their platforms as well.” Friends and family were also enlisted in helping to spread the word of the initiative to garner greater awareness.

Incubating the business at SMU

TreeDots has been accepted under the SMU Institute of Innovation & Entrepreneurship’s incubation programme called SMU BIG, which helps in the incubation of start-ups.  For budding entrepreneurs, SMU BIG is a safe space for SMU students and alumni to realise the entrepreneur in them, say Nicholas and Tylor.

“SMU BIG helped TreeDots secure grants which were vital in propelling us forward to purchase our first freezer truck. More importantly, the constant bouncing off ideas with mentors and other start-ups in the incubator space have also helped TreeDots constantly improve to become what we are now.”

Find out more about TreeDots and how you can contribute to reducing food wastage in Singapore.

SMU-X Projects Take Chatbots and VPAs to the Ministry of Foreign Affairs
OPINION: Regardless of Race or Religion