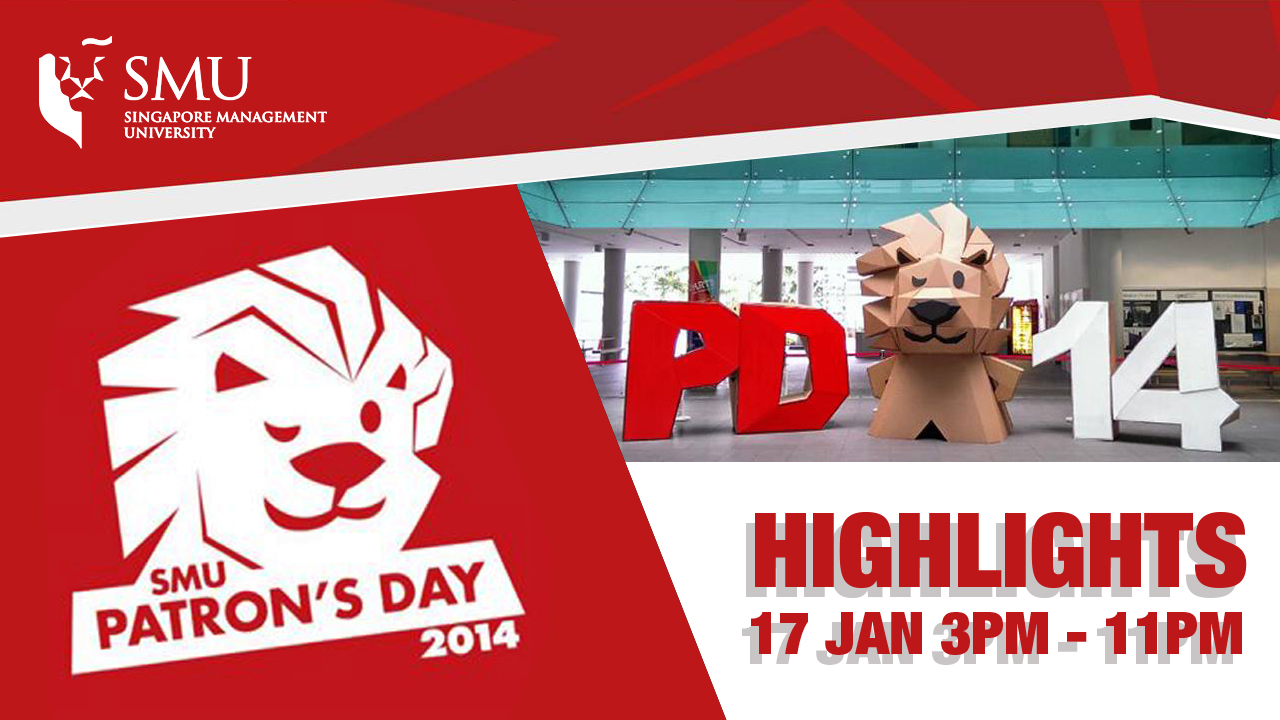 Founded on 12 January 2000, SMU has grown leaps and bounds since. Every year, the SMU family of staff and students comes together to pay homage to the culmination of the pioneering efforts of SMU’s founders. Known as Patron’s Day, the annual celebration of SMU’s inception is seen as a symbol of growth and hope for the community. This year, on the 17th of January 2014, SMU marked its 14th Anniversary Celebrations in a vibrant extravaganza across the Campus Green area. The Guest of Honour was Singapore’s President and SMU’s Patron, Dr. Tony Tan Keng Yam. 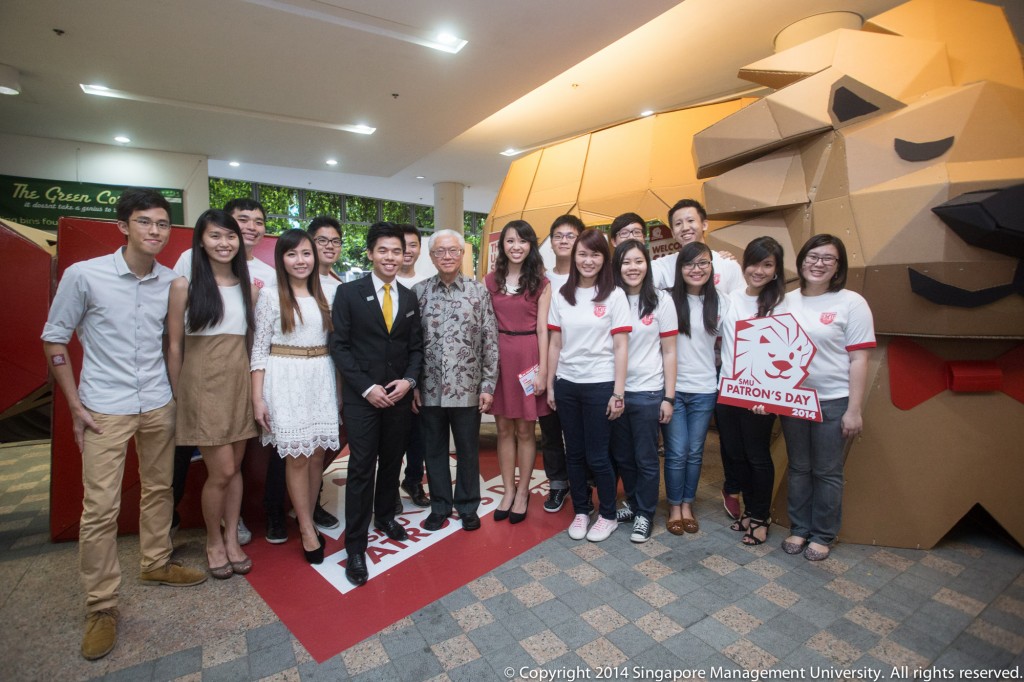 This year’s celebrations were brought to life with the unveiling of the Patron’s Day mascot, Smoo Smoo. Conceptualised and created entirely by SMU students, Smoo Smoo garnered a lot of student attention and added excitement during the countdown leading to Patrons’ Day. A whole week ahead, SMU students were busy posting Instagram images with customised hashtags such as #smoosmoo, #pd14 and #postaliga.

On Friday, the big day of celebrations, the Campus Green attracted hordes of students eager to spend their evening having fun on campus. Demarcated as the ‘Patrons’ Day 2014 Village Area’, the entire place was brought to life with a carnival-like atmosphere, complete with food stalls and live performances. The crowd-pullers for F&B featured the laksa, durian puff, roti prata and nasi lemak stalls. Popular attractions also included the Special Interests and Community Sodality (SICS) booth that featured a SMU-customised Snakes and Ladders game, and the Arts and Cultural Fraternity (ACF) stall that let students ‘get creative’ and customise their phone covers with Washi colour tapes. The Milo truck parked at the boundary of the PD’14 Village area also saw a steady stream of students flocking there for a drink.

Live music, dance and drama performances continued all day long on the main stage, adding festivity and euphoria to the PD’14 celebrations. Staying true to this year’s ‘Made in Singapore’ theme, the entertainment line-up featured a performance by Hossan, the beloved Singapore Boy as well as the Singapore Airlines Cabin Crew Performing Arts Circle (PAC) and The Sam Willows. SMU student clubs were also featured as part of the entertainment line-up. In particular, the performance by the Samba Masala crew, SMU’s in-house samba music specialists, was energetic and their enthusiasm was infectious! We saw a number of staff and student members grooving to their music, happy to be celebrating SMU’s 14th Anniversary together. 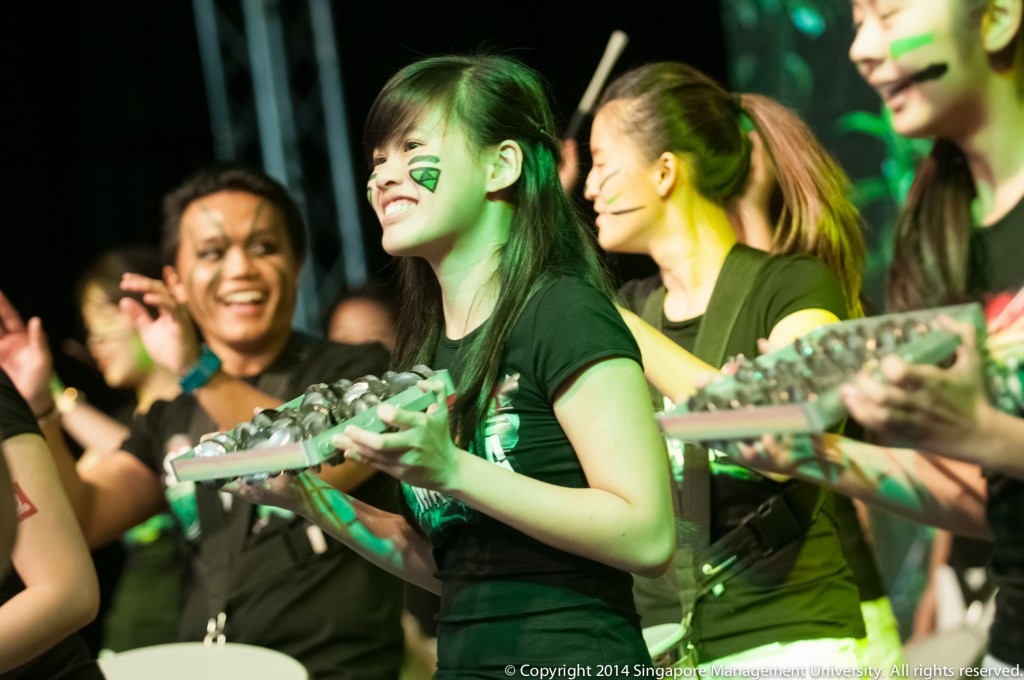 As the excitement grew over the day, we asked a few students how their experiences at the PD’14 celebrations had been so far. Sukhjeet Kaur, a 3rd year student, had this to say: “The scale of this year’s efforts are much larger than every other Patrons’ Day I’ve attended so far.” Maneeha Chowdhury, a final year student, echoed that sentiment by adding: “Creating Smoo Smoo’s den must have been a mammoth effort.” Indeed, on talking to one of the event’s Organising Committee members, we found that the preparations for this year’s event had seen the coming together of more than one hundred student volunteers. Douglas Seetekbeng, one of the student volunteers, shared his thoughts with us: “It has been a great experience, and it becomes worthwhile seeing everyone enjoy the work we put in.” 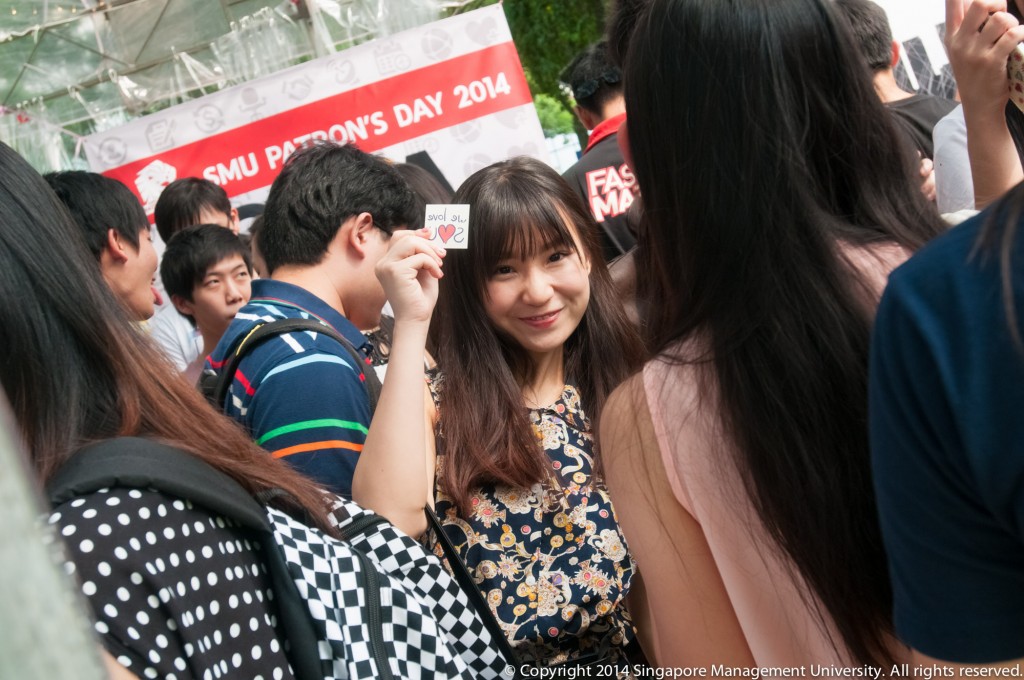 We couldn’t agree more. Patrons’ Day 2014 was an extravaganza of vibrant celebrations, put together by a dedicated team of SMU students. And everyone who came to the Campus Green that day felt proud to be an SMU student – to see all that the university had achieved in a short and dynamic span of 14 years.

Catch the highlights of the event in the video below: