Making Policy in Uncertain Times: The Power of Unintended Consequences 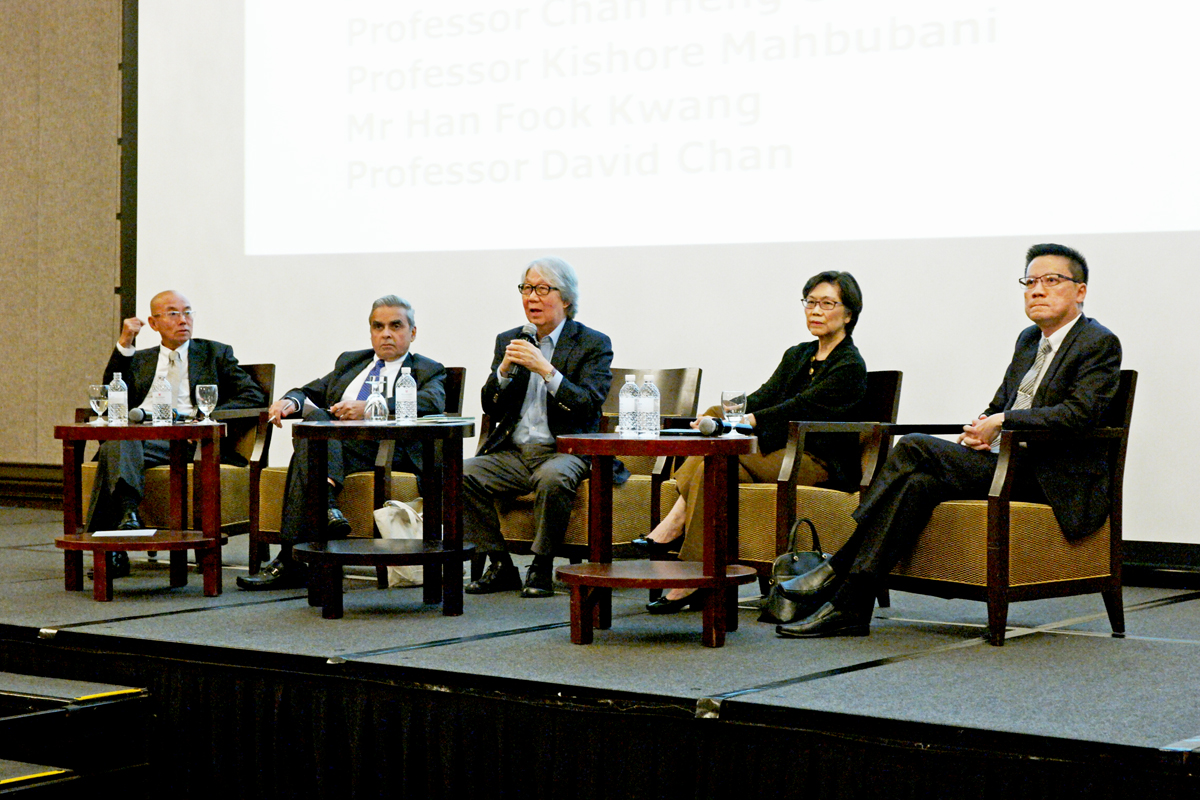 In the 1930s, the Australian government, keen to control the cane beetles that were damaging their sugar cane crops, introduced cane toads from Hawaii to prey on the pests.

“They found that it didn’t work, and the toads were all over the place, and now they had two pests,” said Professor David Chan, Director of the Behavioural Sciences Institute (BSI) at the Singapore Management University (SMU), speaking at the BSI’s annual conference in February held at Orchard Hotel.

When the British colonial government in India wanted to solve the problem of cobras that posed a danger on their properties, they offered a bounty, paid out for each dead snake that locals presented to them. In response, locals bred cobras for bounty; when they ended the programme of rewards, the snakes were released into the wild. The policy cost a small fortune, and had no impact on the cobra population.

“You’ve lost all the money, because you’ve given out all these rewards, and the number of cobras has increased,” Professor Chan said.

From health and safety initiatives that unintentionally promoted risk-taking behaviour, to celebrities’ attempts to quash stories that only drew more attention to their scandals, there are countless high-profile examples where the outcome resulting from the action was not only negative but directly opposite to the intended effect, which sociologists and economists call a “perverse result”, and these examples have practical relevance to policymaking and organisational practices.

“Replace cobras with some policy object?” Professor Chan said. “It’s important to think about the unintended consequences of your policy actions.”

Being able to understand, adapt to and profit from uncertainty and the unintended consequences of policy decisions at home and abroad will be increasingly important, as the world faces major disruptions from various geopolitical, social, environmental and technological changes. Over the past decade and a half, societies have had to learn to adapt to resource scarcity, and information “overload”, according to SMU President Professor Arnoud De Meyer, who also spoke at the same conference. At the same time, the globalising world of the early 2000s, which was buoyed by a common belief that social conditions were improving, has morphed into one increasingly characterised by mercantilism, isolationism and pessimism.

“Singapore lives in a very different world than it did 15 years ago – a more uncertain world,” Professor De Meyer said. “We have to innovate more. Are we prepared for that?”

Singapore has many of the ingredients needed to make an innovation hub, including its strong legal framework, education system and technical infrastructure, but is yet to foster a culture where creativity and risk-taking is rewarded. The country needs more creative role models, Professor De Meyer said, in order to encourage graduates to be more entrepreneurial, rather than to seek out stable, steady employment in the public sector, or in large corporates.

To fully exploit its potential, Singapore needs to develop a “passion to innovate”, Professor De Meyer said, which may mean “tolerating a bit of messiness and creative chaos.”

This challenge could be the unintended consequence of the policies that led to the city-state’s success since independence, Professor Neo Boon Siong, Dean of the Nanyang Business School at the Nanyang Technological University, told the conference. Singapore’s success was built on an efficient, rules-based system, he said, but that may have diminished its capacity to deal with an uncertain, disruptive environment, and the country will need to adapt.

Government agencies, businesses and society at large will need to think in greater depth about the unintended consequences of policy action and social initiatives, such as the government’s desire to be a ‘Smart Nation’, where services and infrastructure are enabled and supported by technology. As Mr Tan Kok Yam, Deputy Secretary and Head of the Smart Nation Programme Office at the Prime Minister’s Office, said, artificial intelligence could be a powerful tool for society, but setting the wrong parameters that control it could lead to damaging outcomes.

The danger of unintended consequences in well-meaning policymaking can be seen in Singapore’s healthcare system and in the country’s efforts to maintain racial harmony, according to experts.

Dr Jeremy Lim, Partner and Head of the Life Science Practice, Asia Pacific, at Oliver Wyman, said that attempts to fix short-term manpower issues in the medical profession in Singapore decades ago have led to distortions in the number of specialists years down the line.

“Public healthcare challenges around staffing have been stored up for years… so there are some years where there is an oversupply [of certain specialities]”, Dr Lim said. “Perhaps some of the unintended consequences are that some of the doctors flow out of Singapore.”

Dr Mathew Mathews, Senior Research Fellow at the Institute of Policy Studies at the National University of Singapore, said that policies that create racial categorisations in order to promote better integration and understanding could actually entrench or reinforce racial and cultural stereotypes; reserved elections for an ethnic group could actually undermine worthy candidates for office.

“This might limit the potential of minorities. Will minorities be seen as not having sufficient charisma to be elected, and needing help, such as in the reserved election… when perhaps some of them would have been able to prevail despite these disadvantages?” Dr Mathews said.

Depending on who they are, Professor Chan said, people have their own beliefs or narratives as to how unintended consequences come about. When those consequences are negative, policymakers tend to attribute them to external factors, such as the volatile global environment, rather than their own policy actions; when the consequences are positive, they tend to believe that they were brought about by their thoughtful design and careful execution of the policy. The public, in contrast, tend to perceive the opposite, that positive unintended outcomes are due to external factors, or ‘luck’, while blaming the policymakers for any negative unintended consequences.

“I’ve been a banker for 21 years. This Executive MBA helps me serve clients even better”
Managing Skills Challenges in ASEAN-5: Key Barriers to Economic Growth