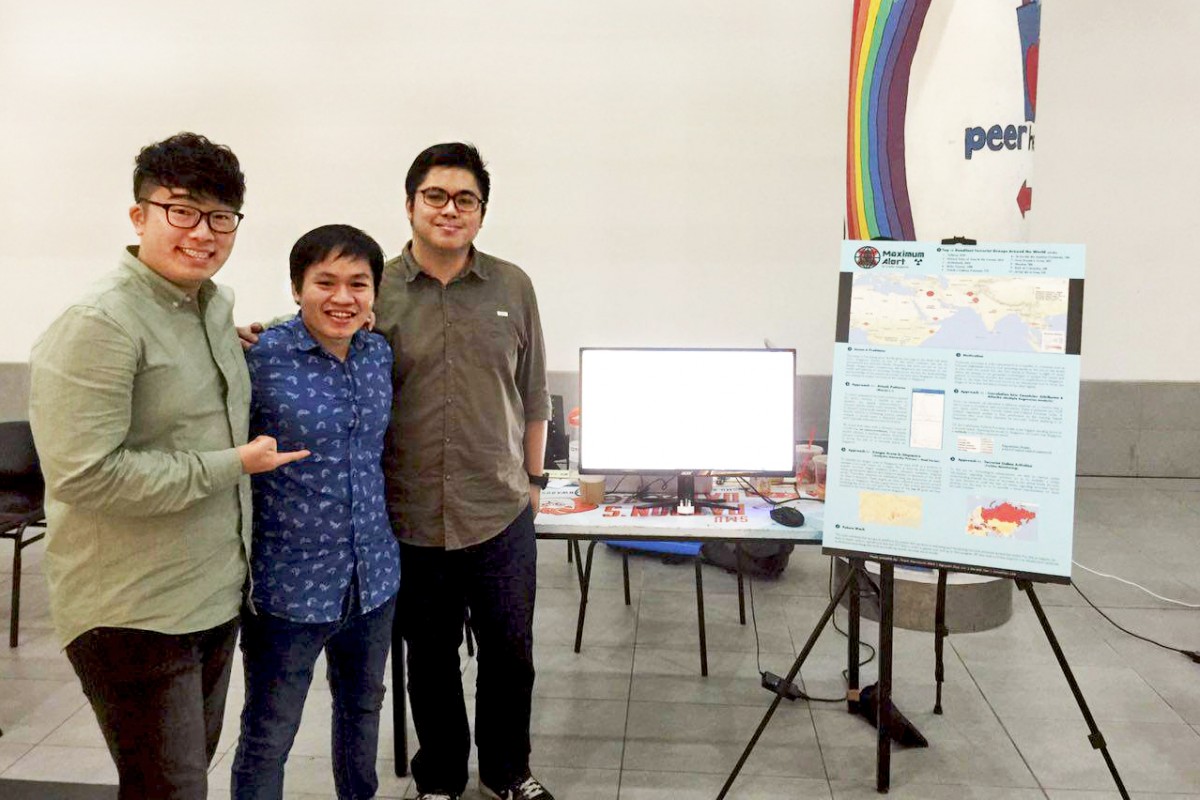 From helping start-ups to find the ideal location to situate their businesses, to spotting potential terrorist attacks in Singapore, undergraduates at SMU’s School of Information Systems (SIS) have come up with many innovative and future-looking ways of using geospatial analytics. 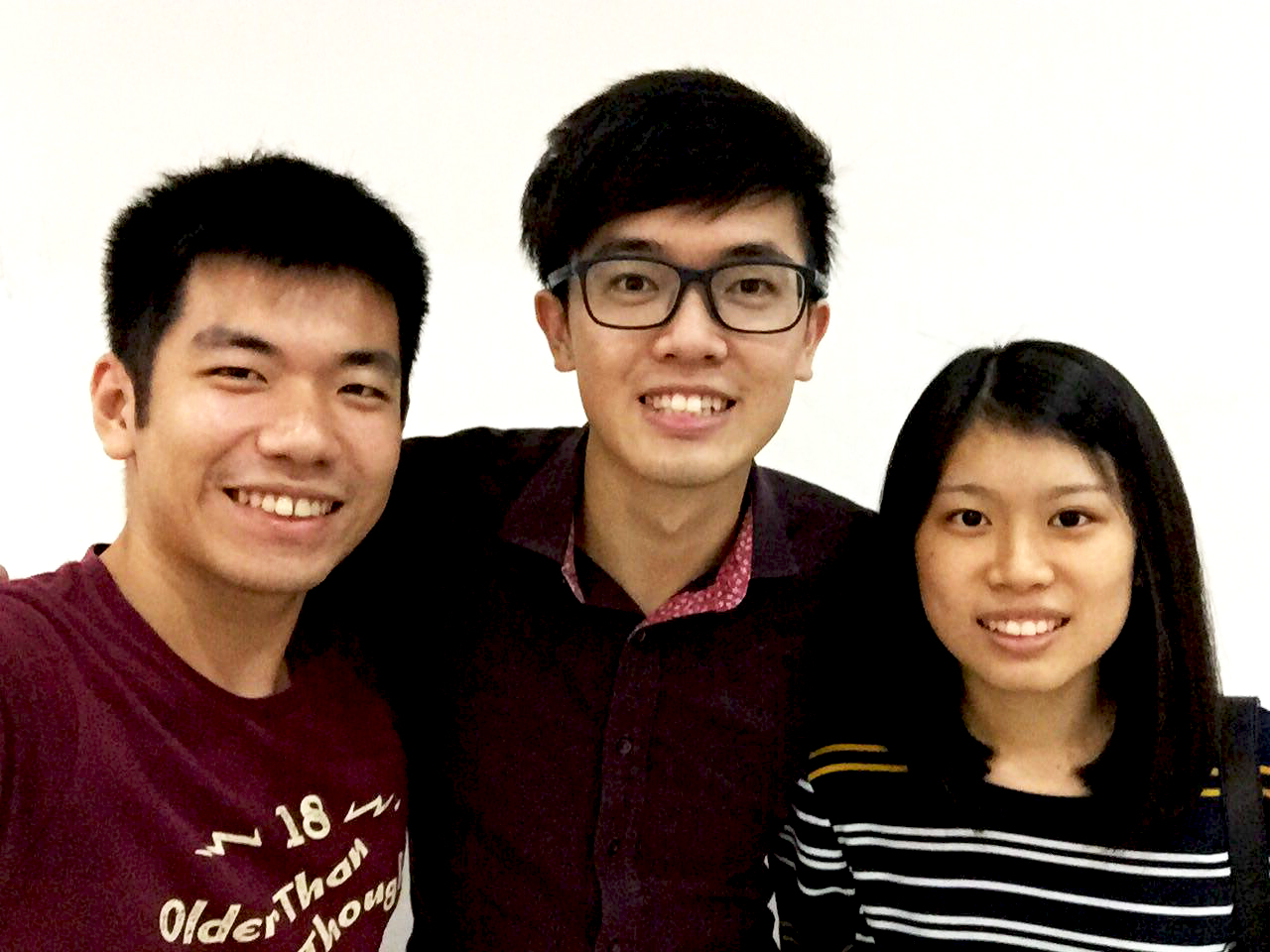 Projects were displayed recently at the SMU basement concourse. A three-man team came up with an app they call Chances of Survival which is aimed at helping small businesses choose a suitable location. Their web-based application pulls data from three different sources – inSing, census data, and bus stop and MRT locations from LTA. This allows users to determine the best place to set up their business based on a wide range of factors such as transport links, demographics and what competitors are close by. The three members are Heng Kok Chin, Tang Sing Yuen and Teo Hui Min. Sing Yuen said: “If, for example, you wanted to set up a coffee shop in a particular town, the app will show you how many people in your target group live there, transport links and what other coffee shops are in the neighbourhood. You can choose up to three different categories of business to analyse each time.” Heat maps highlight the number of residents in the area and amenities. 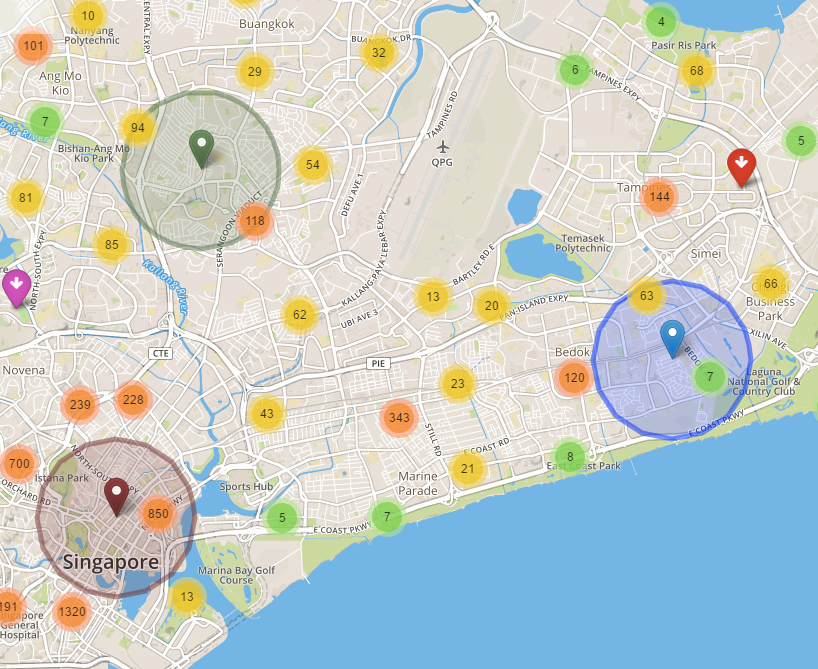 Simulated scenario to analyse suitable setup locations for a new café in Singapore. 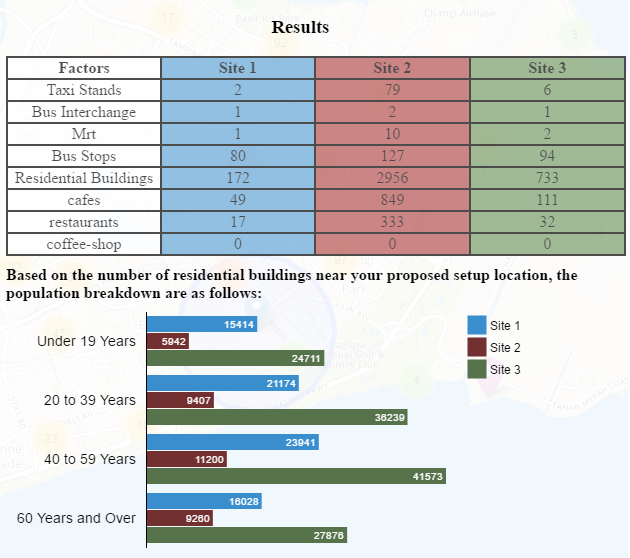 Another project – dubbed Maximum Alert – analyses the chances of a terrorist attack in Singapore. It also looks at the most likely areas such an attack would happen in the country. The team consists of Gerald Tan, Jonathan Lee and Nguyen Duy Loc. When they couldn’t obtain enough data for their park-and-ride app, they turned their attention to a counter-terrorism app. They looked at data from 2010 onwards pinpointing where in the world attacks took place and their causes – religious groups, militants, and so forth. The aim was to understand trends and patterns. Jonathan said: “There were clusters of attacks in certain locations but overall no clear pattern.” Next the team added in some regression analysis, looking at a country’s political freedom, GDP and poverty data. The model also fed in Twitter data, looking for tweets that referred to terrorist attacks. Finally, it factored in the six main locations that terrorists normally target – police bases, religious sites, army bases, education facilities, government institutions and transport hubs. 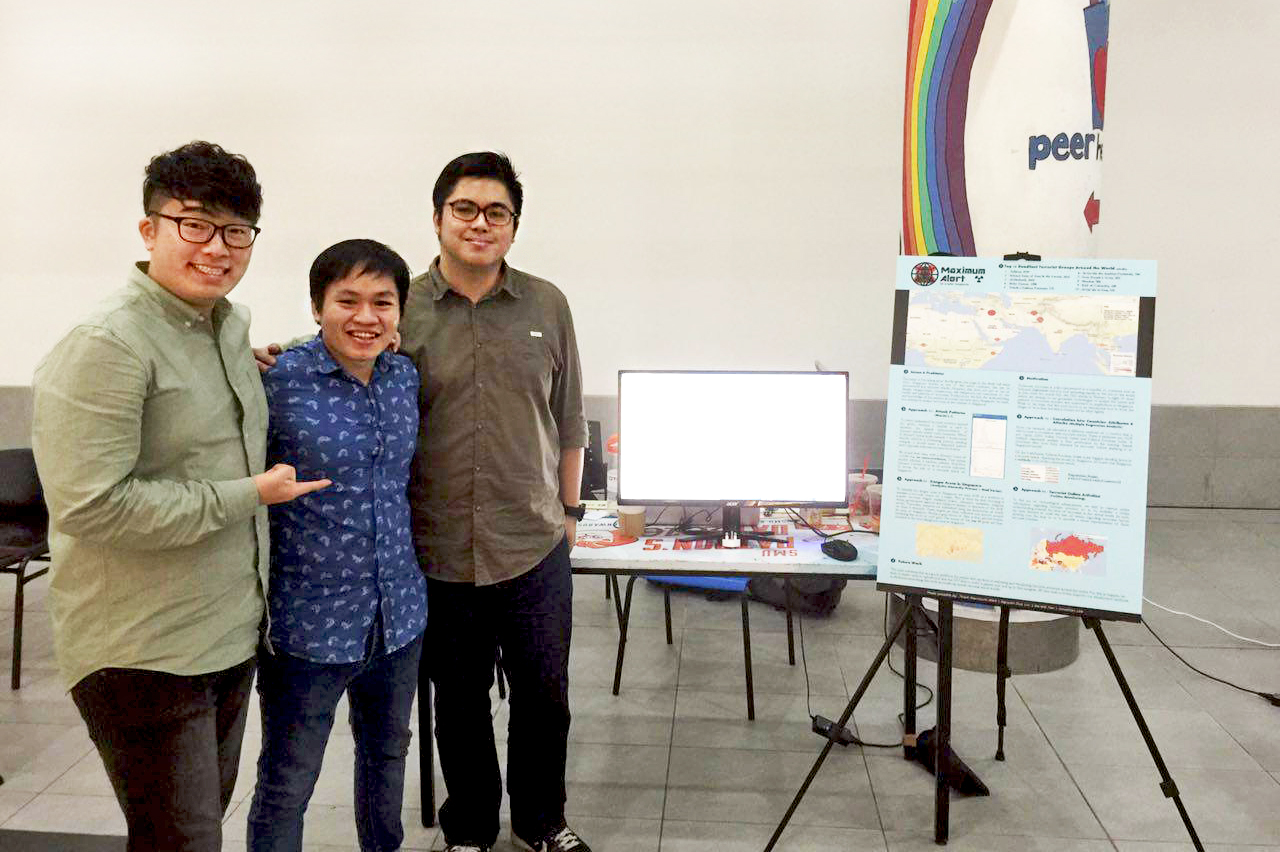 From this data analysis, it shows the chances of an attack in Singapore are very low. If ever there was such an attack, the model indicates which areas are most likely to be attacked based on what buildings are in that location. A 1km by 1km area in the CBD which includes 18 government institutions was deemed the most dangerous. Ironically, this plot of land also includes the SMU campus. “It was a very interesting project as it showed us there is no real pattern to attacks. We discovered that political freedom, or lack of it, had a major impact on a country’s probability of attack,’’ said Jonathan Lee.

Screenshot of the deployed app at tinyurl.com/maximumalert

The Geospatial Analytics for Business Intelligence Project was guided by Professor Kam Tin Seong of the School of Information Systems.

Financial Freedom in Your 20s Is Not a Myth
Technopreneurship Adventures in Kimchi Land, Korea 2016