What Really is Digital Disruption? 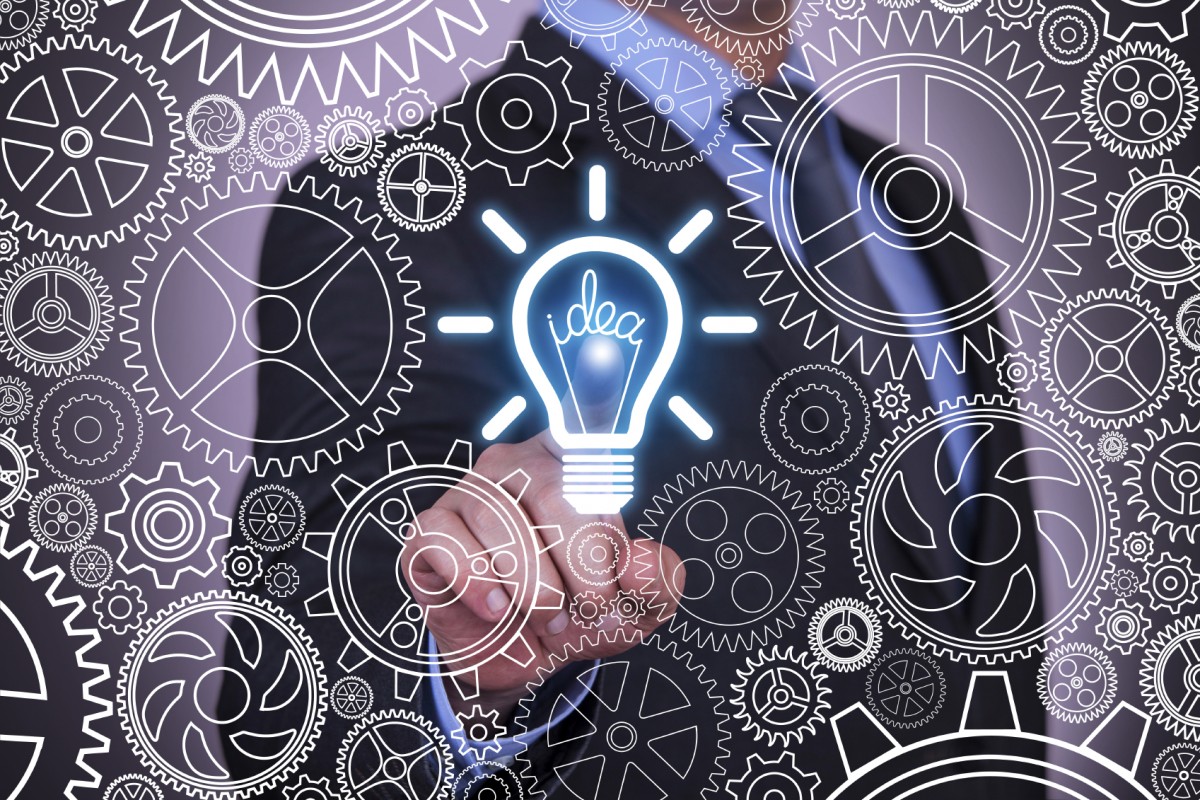 Digital disruptors don’t just come from start-ups. That was one of the key messages from a series of talks held recently at the SMU Future Ready Forum 2016.

Patrick Thng is a 30-year veteran of innovation and technology within the financial services sector and has worked for DBS Bank and the World Bank among many others. As Senior Faculty and Director, Executive Initiatives, at SMU’s School of Information Systems, he also advises corporates on how to maximise the opportunities from digital disruption. 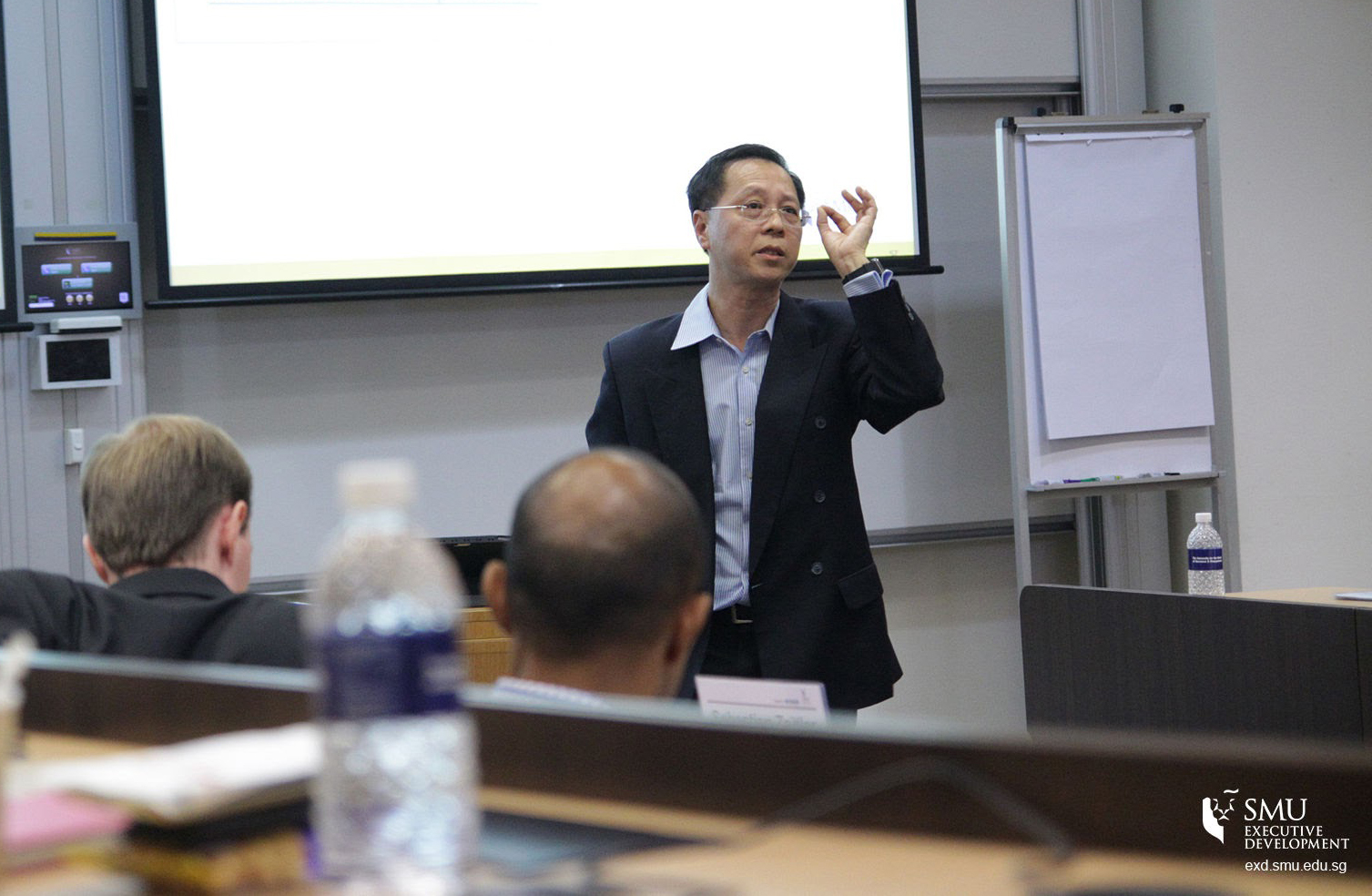 Mr Patrick Thng spoke at SMU’s Future Ready Forum 2016 on “Digital Disruption: What, Why and How for the C-level Executives”.

While most people think of internet start-ups as the chief digital disruptors, they can also spring up within large and traditional organisations. For example, a number of banks have set up innovation centres which are generating ideas and innovations for their customers.

Mr Thng highlighted what he considers are the biggest opportunities within the digital disruption space. These include financial technology (fintech) in banking, and analytics combined with the Internet of Things (IoT)—particularly the use of sensors in the insurance industry. For example, sensors in cars can quickly determine the cause of an accident, the data can be uploaded and sent to the insurer, and a payment made within 24 hours. 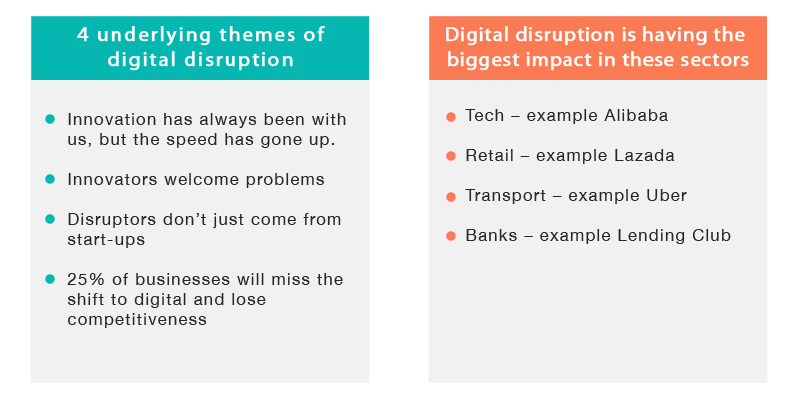 Talking about using the power of disruption within an organisation, Mr Thng said, “CEOs and senior leadership must provide the role model in digitisation, encouraging future sensing by educating yourself and your business leadership team.”

Looking at entrepreneurship within an organisation, Anne-Valerie Ohlsson-Corboz, Assistant Professor of Strategic Management (Practice), at SMU’sLee Kong Chian School of Business, used the example of sportswear giant Nike. As the import duties in China increased and Nike faced growing costs in the run-up to two major sporting events in Brazil, it created a shoe that required only a knitting machine and could be set up quickly. “Nike is the footwear company that spends the most on R&D. They are willing to bet on ridiculous ideas,” she said. 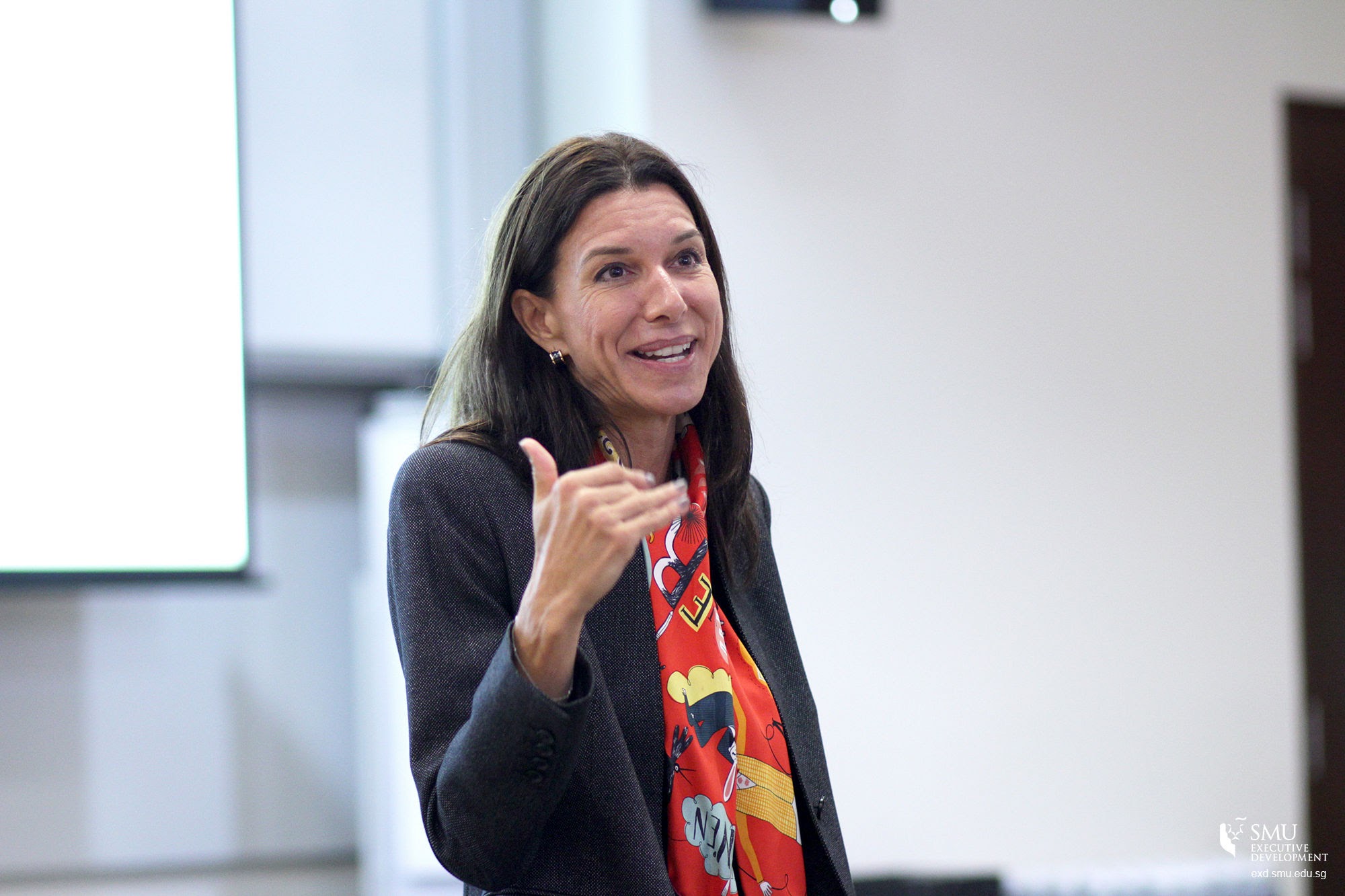 SMU prides itself as an industry-orientated university and has very strong links with the corporate world and is involved in a number of joint research projects, including digital disruption.

One thought on “What Really is Digital Disruption?”

Reviving the ‘Kampung Spirit’ with A Taste of Home
How Do Asian Leaders Differ Across the Region?