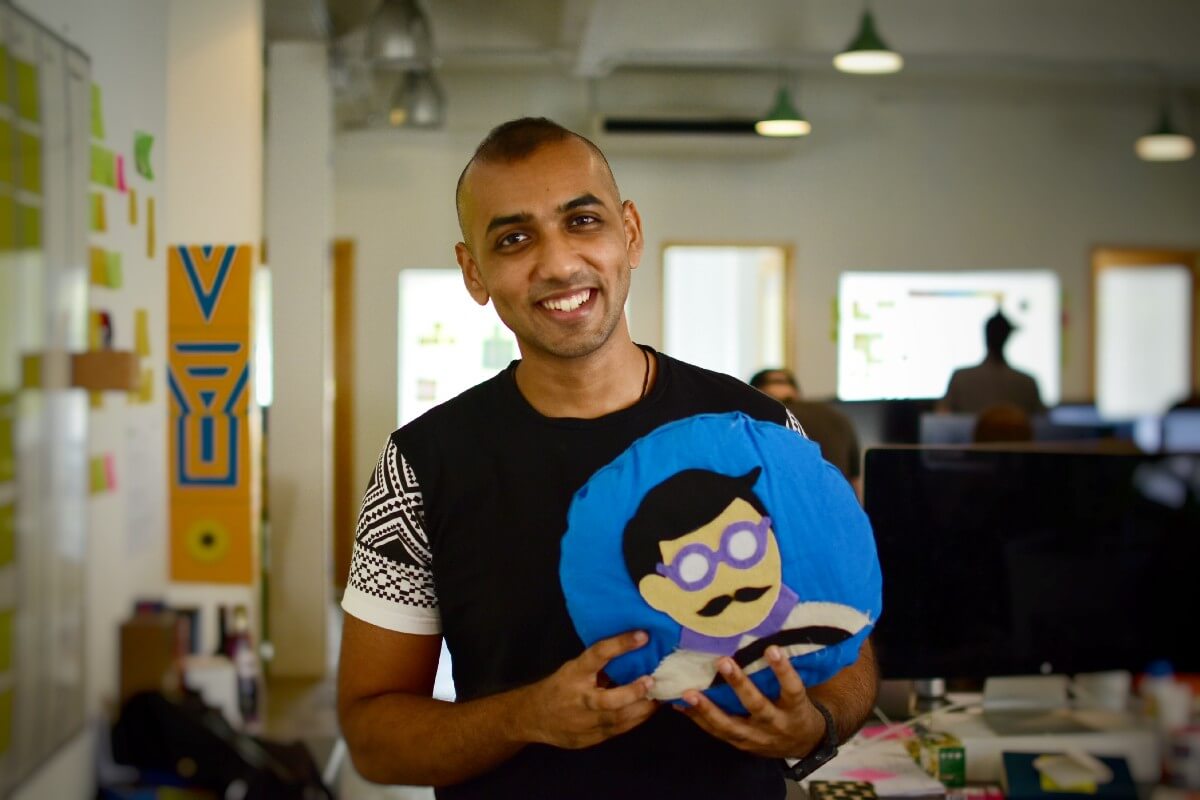 Inspiration can strike anywhere, and SMU School of Information Systems alumnus Abhilash Murthy is living proof of that. 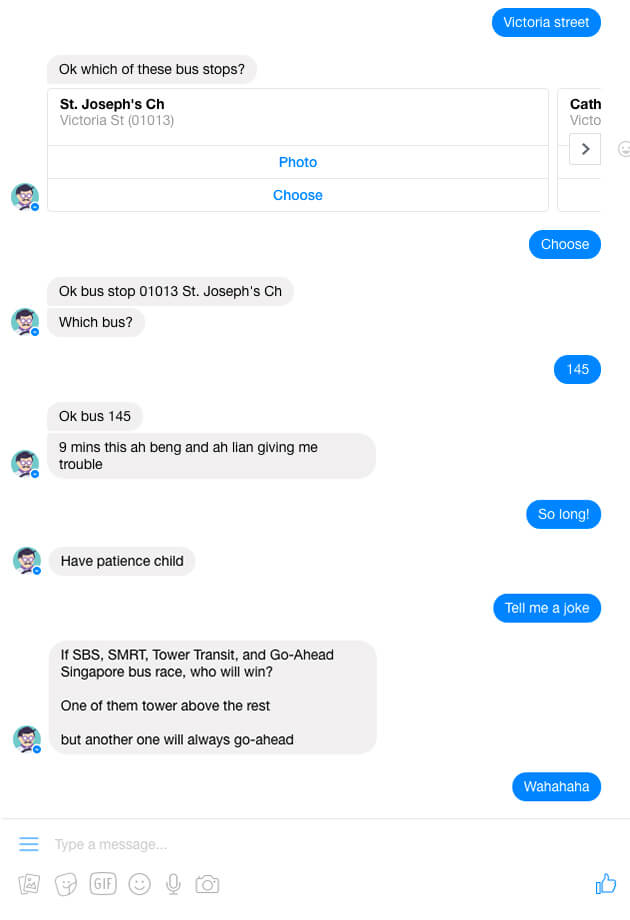 Sitting at the bus stop along Orchard Road, it was his simple desire to know when the next number 65 bus would arrive which sparked his idea for the friendly, funny, and phenomenally popular bus timetable chatbot ‘Bus Uncle’. While there are apps and electronic boards that offer a list of buses and arrival times, they can sometimes prove rather overwhelming.

“Bus timing apps give you a lot of information, but you need to sift out the information you really want manually in your head… I would think ‘I wish I could just ask someone how long I have to wait,’ just like how it’s very human to ask another person for the time on their watch.”

Facebook’s Bot for Messenger release in April 2016 couldn’t have come at a more perfect time. And with that Bus Uncle was born in October that year.

To date, Bus Uncle already has more than 25,000 likes and receives 40–50 requests a minute. Its popularity over existing transport apps lies in the unique conversational experience for users. Bus Uncle answers commuters’ enquiries with responses in humorous, sometimes cheeky Singlish.

“People are amazed by the possibilities of a chatbot. They’re so used to apps and websites, that bots are a completely new frontier to them,” says Abhilash, “When a bot becomes human to them, they become more amazed because they’re excited to know that a computer can have a personality.”

His observations have certainly been spot on with positive ratings and reviews to that speak for itself. 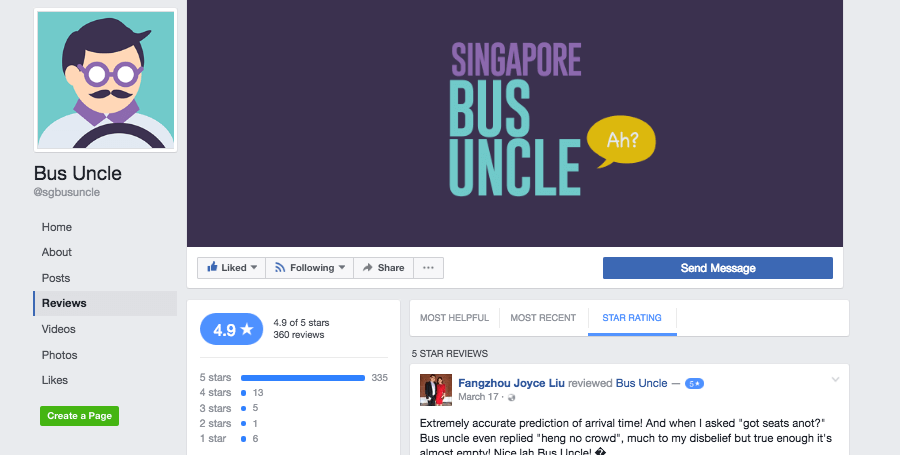 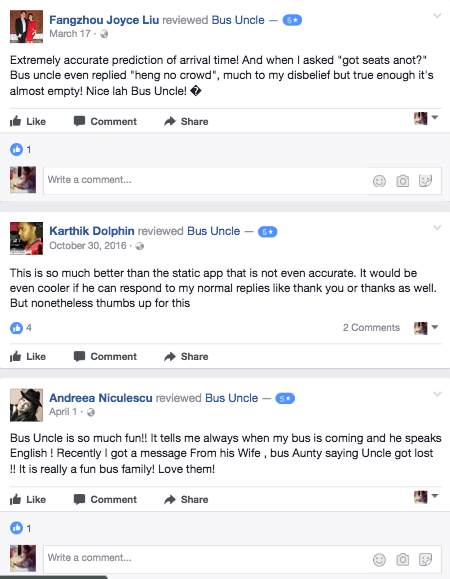 The foundation for Abhilash’s success as a software engineer was laid as an undergraduate at SMU. He was part of the team which won the inaugural Facebook Hackathon in Singapore in 2014, and then went on to claim third place in the global version of the event at Facebook HQ in Menlo Park, California.

However, he began his undergraduate studies on a completely different track and he says this experience has taught him how to recognise where his strengths lie, “In SMU, I jumped from the operations management second major to advanced business technology because the former was not my thing. In the working world, I jumped from the corporate financial sector to the startup tech scene because the former was not my thing. I’ve learnt to understand what I’m good at, and stick to it, and have fun doing it.” 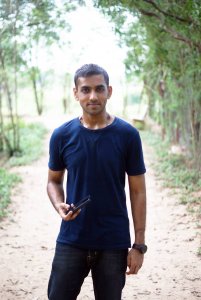 He says his SMU experience has also given him confidence and an appetite to navigate unchartered territory in the rapidly evolving world of technology, “Bots and A.I. are an extremely new technology. There’s no best practice or right way of doing things. Working alone on something this new was a challenge. I overcame them by doing some intensive technical research, and reviewing my code with my colleagues who I believe are some of the best software engineers in Singapore.”

It only took Abhilash around a week to build a functioning prototype for Bus Uncle and it’s clear his passion for innovation is fuelled by a desire to roll up his sleeves and get stuck straight in, “I think, I do, and I have fun. I don’t like to study something before I start using it, because that’s boring. I prefer to get my hands dirty right away because that’s when it gets fun.”

So what’s next for Bus Uncle? Abhilash says he is keen to develop it further as means to increase his understanding of chatbot technology. He hopes to discover how to make bots even more human.

And when asked if he has any advice for others out there who may be sitting on the next big idea, he offers some straight talking which could have easily come straight from Bus Uncle’s chatbot lips, “Just do it. If you know you’ll enjoy doing it, then stop that other boring thing you’re doing and just do it.”