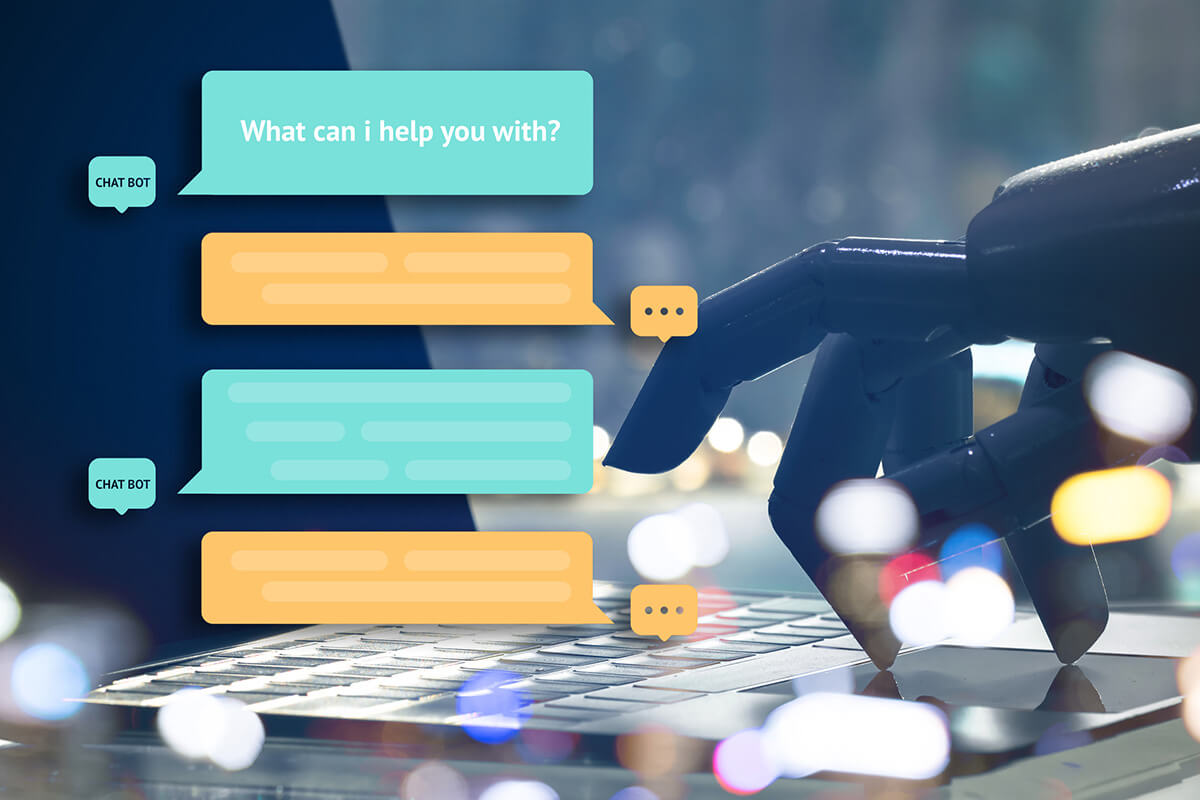 Whether you’re aware of it or not, chances are you’ve been chatting to robots of late. While these bots are faceless and unseen, don’t be fooled into thinking they aren’t there. In fact, chatbots, have been around since the 1960s at least, but with the progress in artificial intelligence, cloud computing and voice recognition, they’ve received both a functionality and a popularity boost. From the cosmetic to the life-changing, nowadays, chatbots can do anything from helping a person lose weight to assisting refugees applying for asylum.

With our growing reliance on technology, chatbots are disrupting the way we interact with machines and permeating our daily lives—helping us to access the services we need every day, such as shopping, banking, ticketing and transportation. It seems their potential is limitless.

Chatbots can help to facilitate interaction between humans and machines through the use of natural language, and as a result, some domains and industries are more suited to the adoption of chatbots than others. They present an appealing option for businesses looking to save costs on customer service for example—for things like enquiries, reservations and after-sales service.

But, as detractors point out, not all tasks are made more manageable through a conversational interface. In today’s world where services and information are provided in an instant, we have developed a low tolerance for errors and failures in technology. If chatbots do not fully comprehend a user’s intent, frustration soon occurs.

“Our expression and behaviours are not governed by our cognitive sense alone, but also by our emotions.”

The key challenge for chatbots is that humans are hugely complex, and there is a large variation in the way different individuals express the same intent—as a result of language, culture and mood among other factors. If we consider communications between humans alone, misunderstandings occur even when they are not subjected to machine interpretation. Our expression and behaviours are not governed by our cognitive sense alone, but also by our emotions. Looking a little deeper, our emotions are shaped by our past experiences, which are subjective and vary from human to human.

For chatbots to be able to deal with this variation, sufficient data needs to be collected and analysed to build a model to interpret intents from natural language clearly, whether it’s typed or spoken.

Today’s language technologies behind chatbots are largely based on “memorising” past examples. In other words, if a chatbot has seen similar queries in the past and knows the correct answers, it can provide a good answer. But if the query is phrased in a very different way or is entirely new, a chatbot may not know how to react to it.

The challenge this presents is illustrated by pragmatics in natural language processing—this is the study of the true meaning of a piece of text when you take into consideration the context, which may not be found in the text itself. So, for example, a user may say to Siri “I want to jump off a bridge” and in response, Siri will show a map with the location of the nearest bridge—demonstrating the limitations of the machine in interpreting the real intent of the user.

Deep learning technologies allow us to mimic the way the brain processes information and thus can be leveraged upon in the development of chatbots to better interpret natural language. However, the development of these technologies is still in the very early stages and it still remains to be seen to what extent the complexity of human expressions can be modelled computationally. Soul Machines is an Australian company making progress in this area. Working with the Australian government to improve services for people with disabilities, It has created a chatbot able to detect human emotions.

However, in the full complexity and spectrum of human expression and possible intents, to be able to communicate freely with a machine the way we do with humans is perhaps more of a stretch of imagination than future reality for now at least.