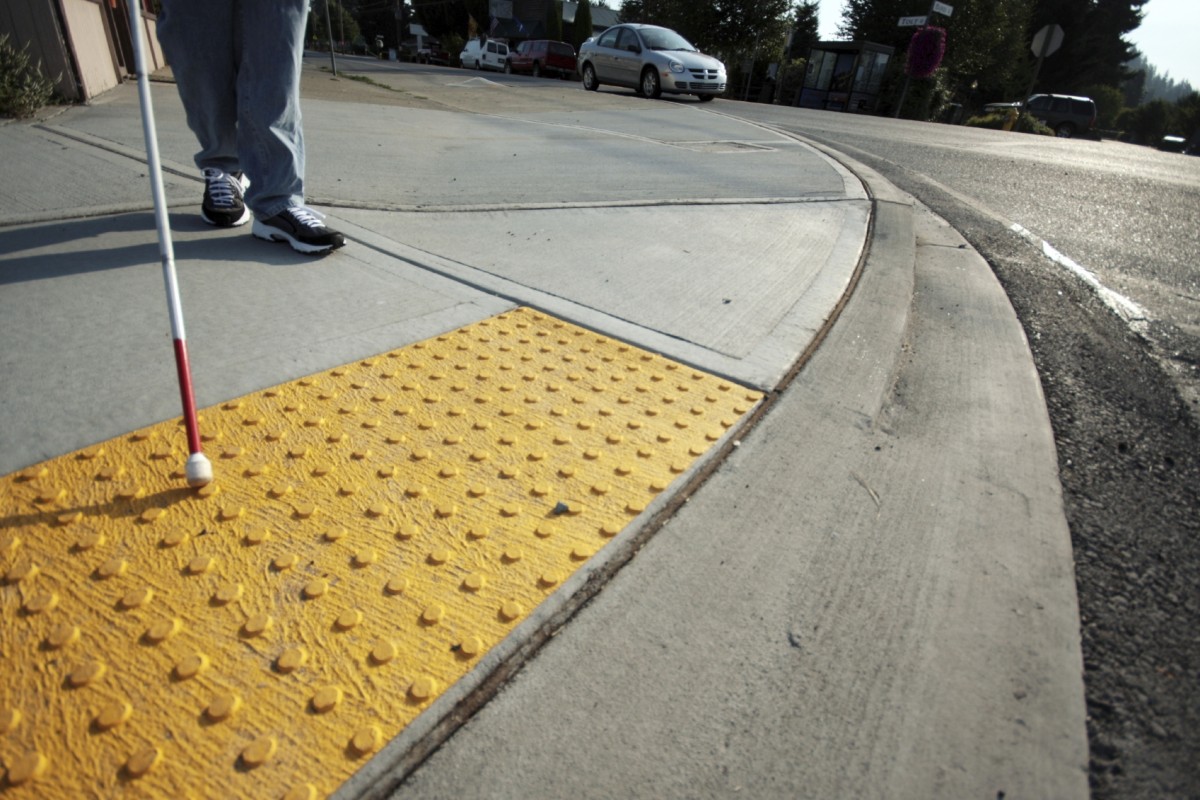 It’s not always about creating apps that make money. Some are created for the good of the community. That was the thinking for the team at SMU’s School of Information Systems (SIS) with Ngee Ann Poly School of ICT when they created an app that helps the visually impaired use public transport in Singapore.

While making the life of a visually-impaired person easier would have been sufficient reward in itself for the undergraduate SMU-SIS team—comprising Cui Linting, Kenny Ngo, Ng Boon Thai, Chan Sihui and Cheng Fumei—they ended up winning an award for their efforts. They received the Best Paper award at the 6th Undergraduate Conference in Information Systems hosted at Carnegie Mellon University, Pittsburgh. 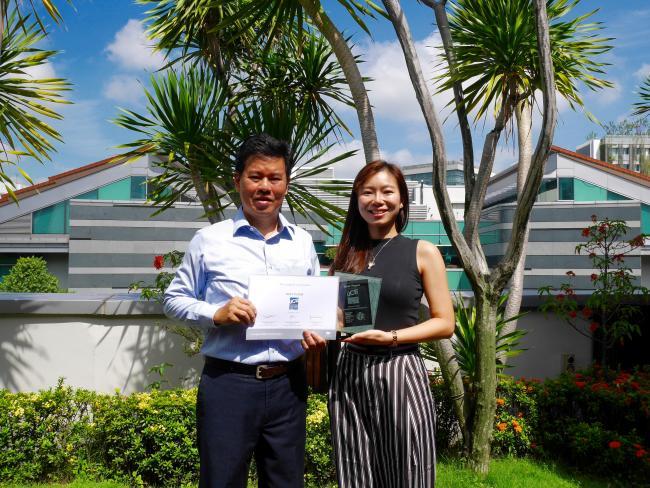 For the design and creation of the app, the team took themselves out of the classroom and onto the streets of Singapore as part of their extensive research and testing. Team member Cui Linting said: “Kenny and I went to almost all areas of Singapore to test the functions of the app. We took buses or MRTs area by area to see if there were any bugs in between the trips”.

The five-man team also counted on the help of fellow students at SMU to beta test the app, highlighting the strong community spirit within the university. “Our testing required the volunteers to travel to different places to test the functionalities. If any bug appeared, volunteers would report to us. The feedback would be given to the developers to improve the application,’’ Linting added.

The app’s features include route recommendation, notification of bus arrival and notification to alight—and are all designed to be user-friendly for the visually-impaired. The ICT-Travel app simply requires the input of the user’s current location and destination to generate a recommended route, leveraging on the iPhone’s GPS function. Alternatively, visually impaired users can opt for voice-to-text input.

Once the app was functional, Linting and Kenny accompanied the visually impaired on journeys. “We would observe how they use the app and give feedback to the rest of the team. It took almost one hour for every trip,” she explained. But the long hours and hard work paid off and the app, named ICT-Travel, is available on the Apple Store*. The team were also fully supported by Associate Professor Benjamin Gan throughout the project. 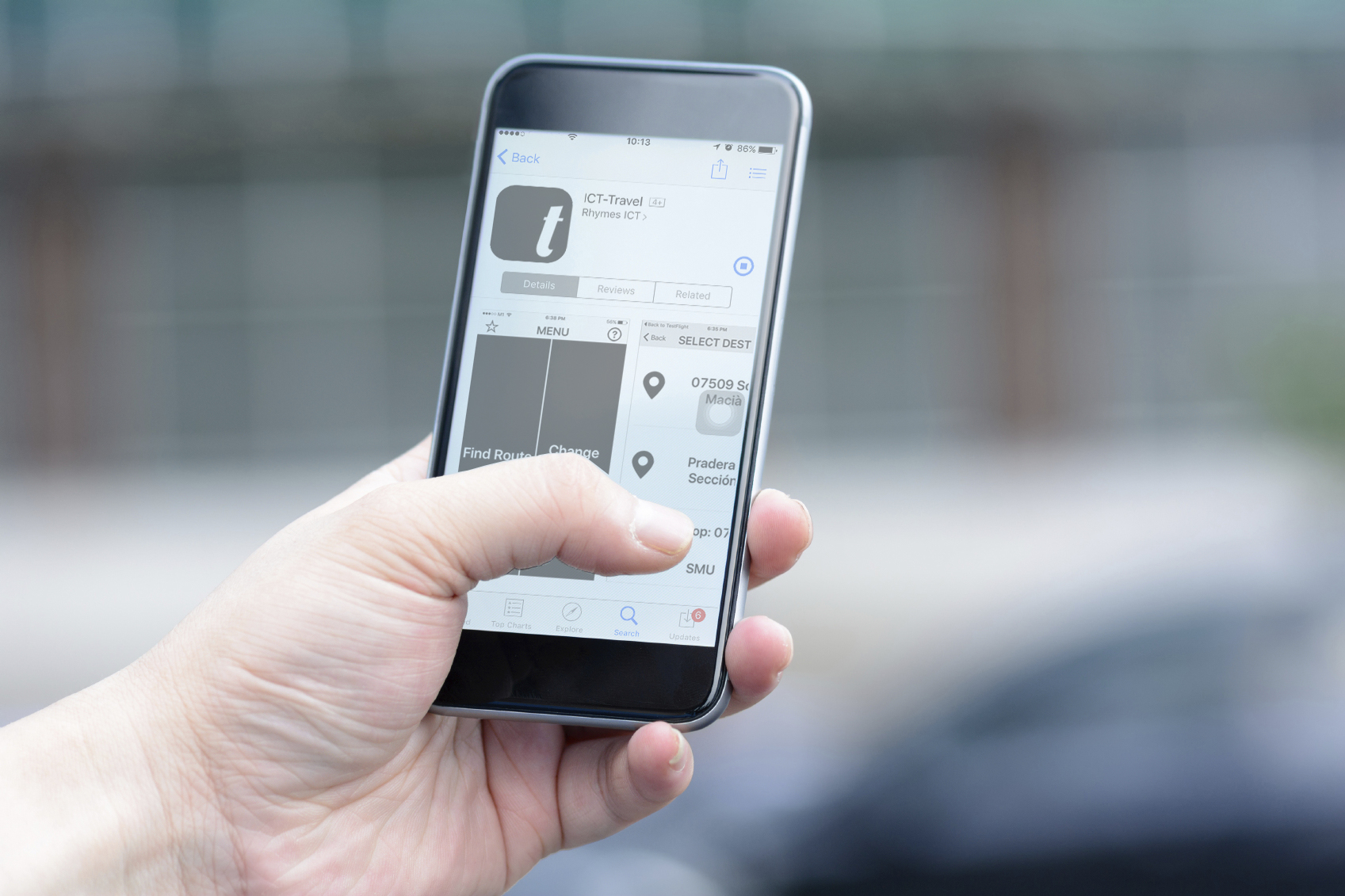 As part of ICT-Travel’s multiple functions, it also provides updated bus arrival times by the minute. All the possible bus services that a visually impaired commuter can take at a certain bus stop based on the recommended route given will be listed, and they will also receive an audio notification of the estimated time of arrival of the earliest bus service. The app can also track the number of bus stops left on the trip prior to arrival. Another useful feature is the shake function that announces the current address of the user as a form of reassurance. On top of that, upon reaching the destination, ICT-Travel will detect if the actual GPS location matches the intended destination.

*Note: The app’s route planning function is currently going through more testing so is not yet fully functional if downloaded.

A New Way of Assessing Performance?
Journal of a Young Entrepreneur