“Integration is key to conquering industry disruptions in Singapore” 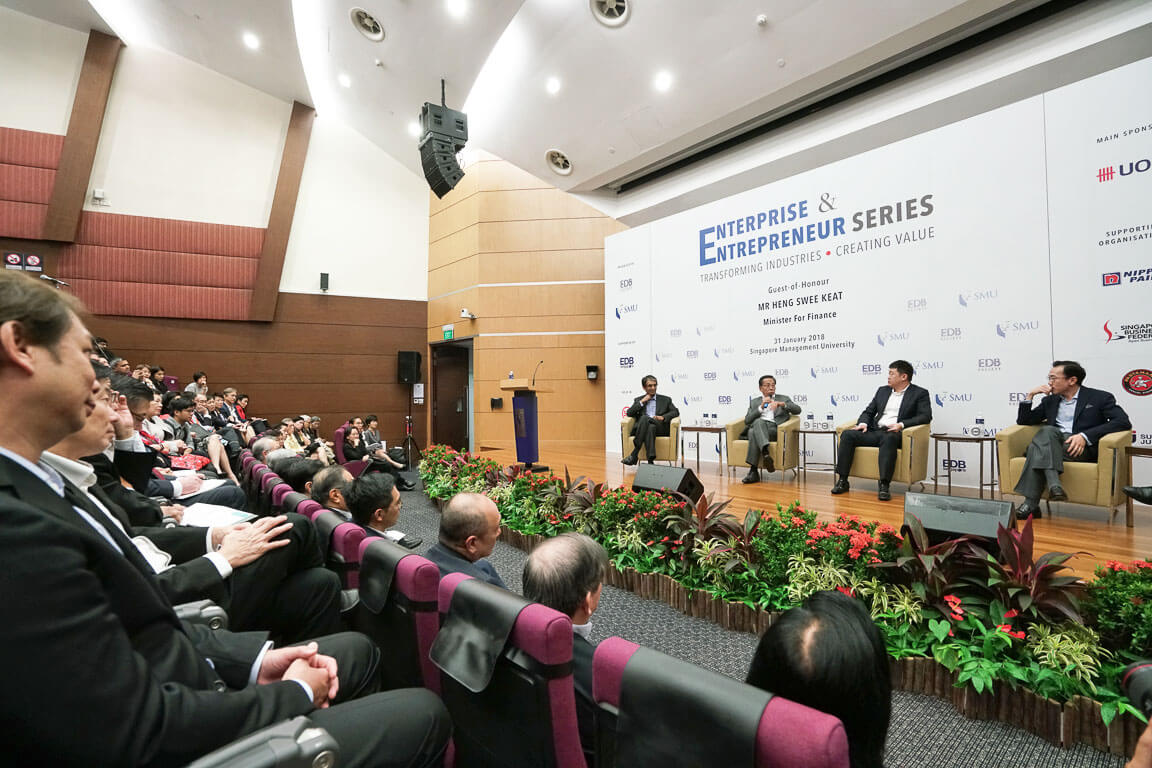 The disruptions brought about by the digital world may be old news, but they’re hardly a thing of the past. Businesses are still being compelled to evolve and adapt to the changing landscapes, so Singapore’s economic agencies have to start coming together, said Finance Minister Heng Swee Keat. 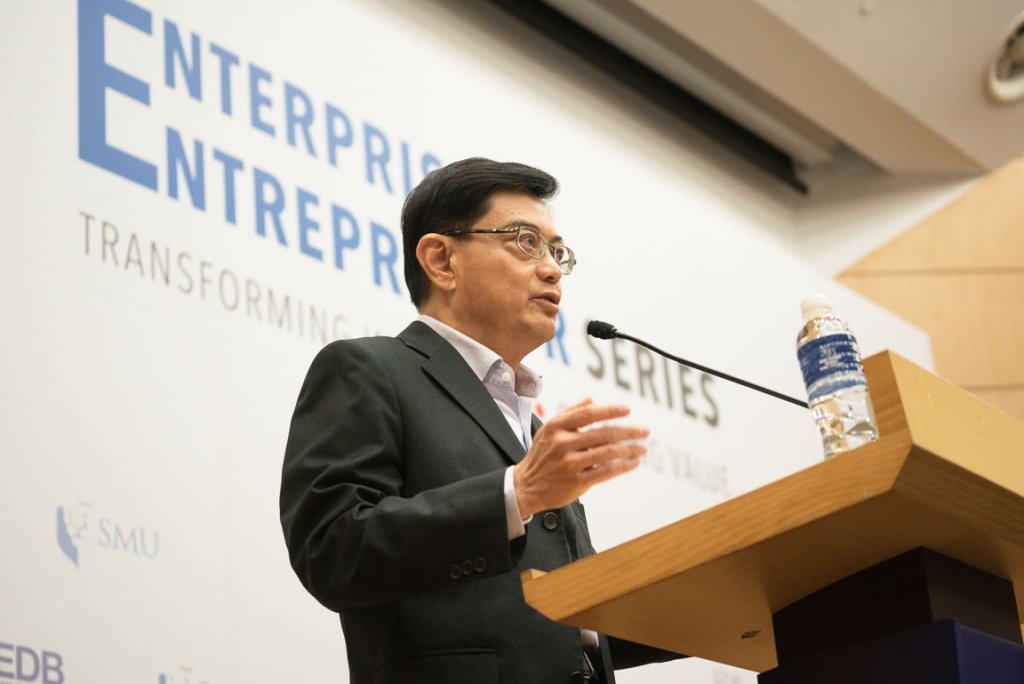 He was delivering the keynote address at the first of six forums—the Enterprise & Entrepreneur Series—on 31 January 2018, co-organised by the EDB Society and Singapore Management University (SMU).

In his speech, Mr Heng talked about the Industry Transformation Maps (or ITMs) that are paving the way towards raising productivity and skill levels, promoting innovation, and helping Singapore companies internationalise.

“We really don’t want to think of ITMs as just another set of vertical silos. The nature of change, both structural changes in the global economy as well as technological changes, is that industry boundaries will also begin to blur,” he said.

Using the Singapore Food Gifts initiative as an example, he brought up how local food companies were coming together with “uniquely Singapore products” such as bak kut teh spice packets and laksa-flavoured cookies. “In the process of coming together, they build their internationalisation capabilities,” he said.

Mr Heng also explained the rationale for having 23 ITMs, which cover over 80 per cent of Singapore’s GDP, as well as highlighted the complexities of restructuring the economy. 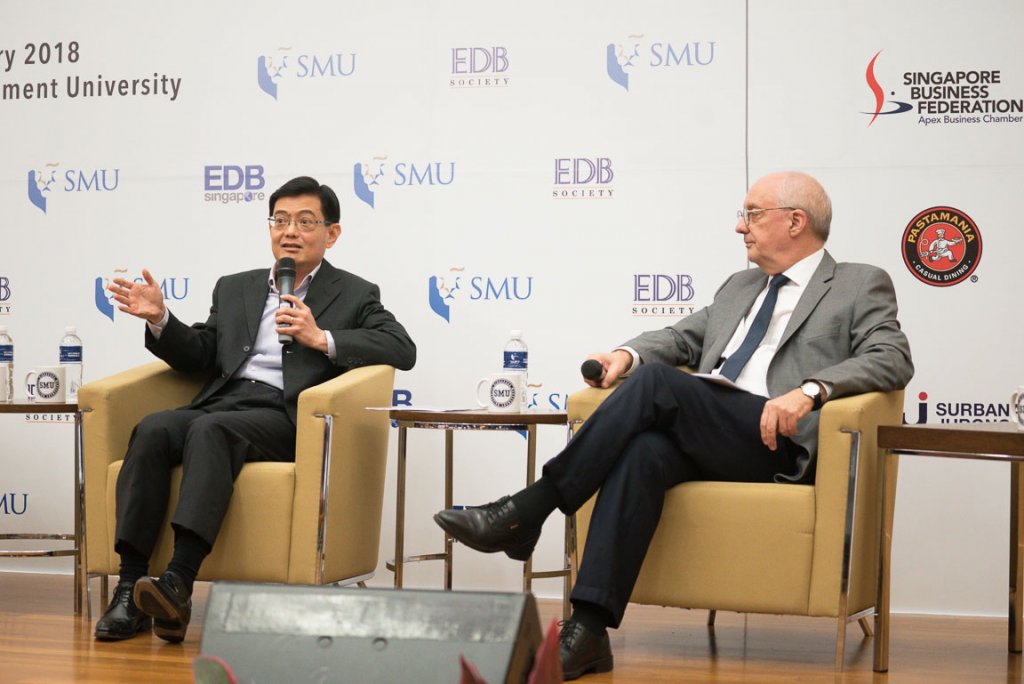 On reaching out to local small and medium-sized enterprises (SMEs), Mr Heng spoke about the challenges in getting the messages across and ensuring that SMEs could relate to these messages. One way to reach them would be through multipliers such as trade associations and chambers, because they bring together people in the same industries with similar interests and possibly facing a similar set of challenges.

He added that schools can also play an important role by bringing businesses together and educating the next generation of entrepreneurs.

Some highlights include Dilhan Pillay Sandrasegara, Deputy CEO of Temasek International, talking about Southeast Asia as the next huge potential market—with an even bigger economy than India, and Dr Beh Swan Gin, Chairman of EDB bringing up the Global Innovation Alliance working with universities to send students on internships not just in Europe or Silicon Valley, but also in Southeast Asia. 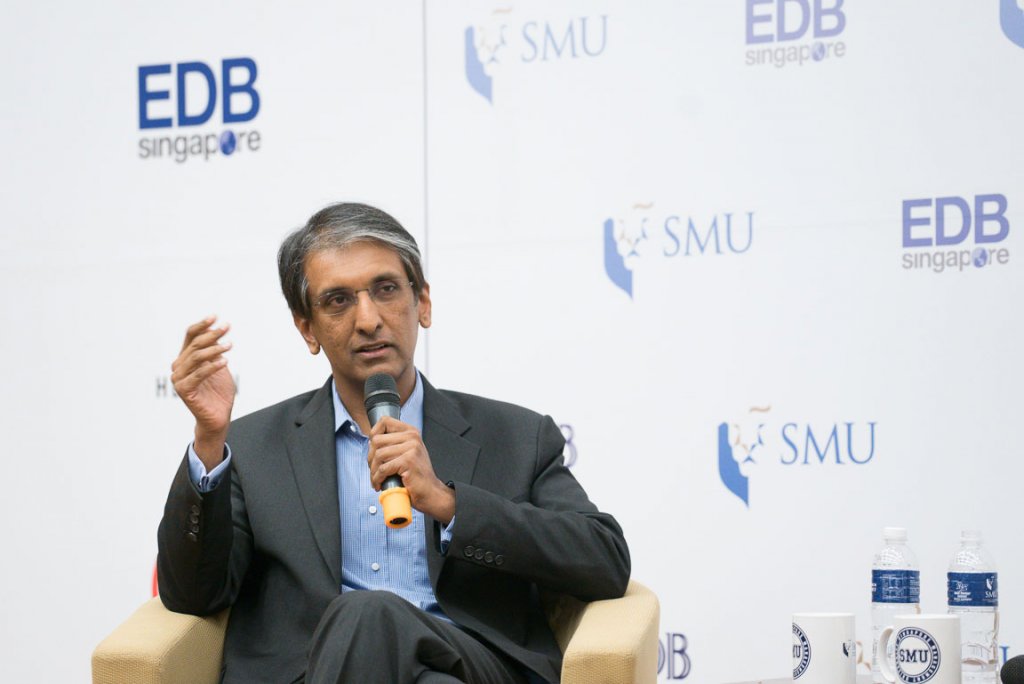 Disruptions-wise, Forrest Li, founder and chairman of the internet firm Sea Limited felt that Singapore has a great advantage because of the country’s international outlook and high quality of fresh graduates. On the other hand, SMU’s Chairman and executive chairman of Banyan Tree Holdings Ho Kwon Ping raised a concern about “soft or creeping disruptions” such as the population landscape in Singapore, ie. the ageing population, and dependence on foreign workers.