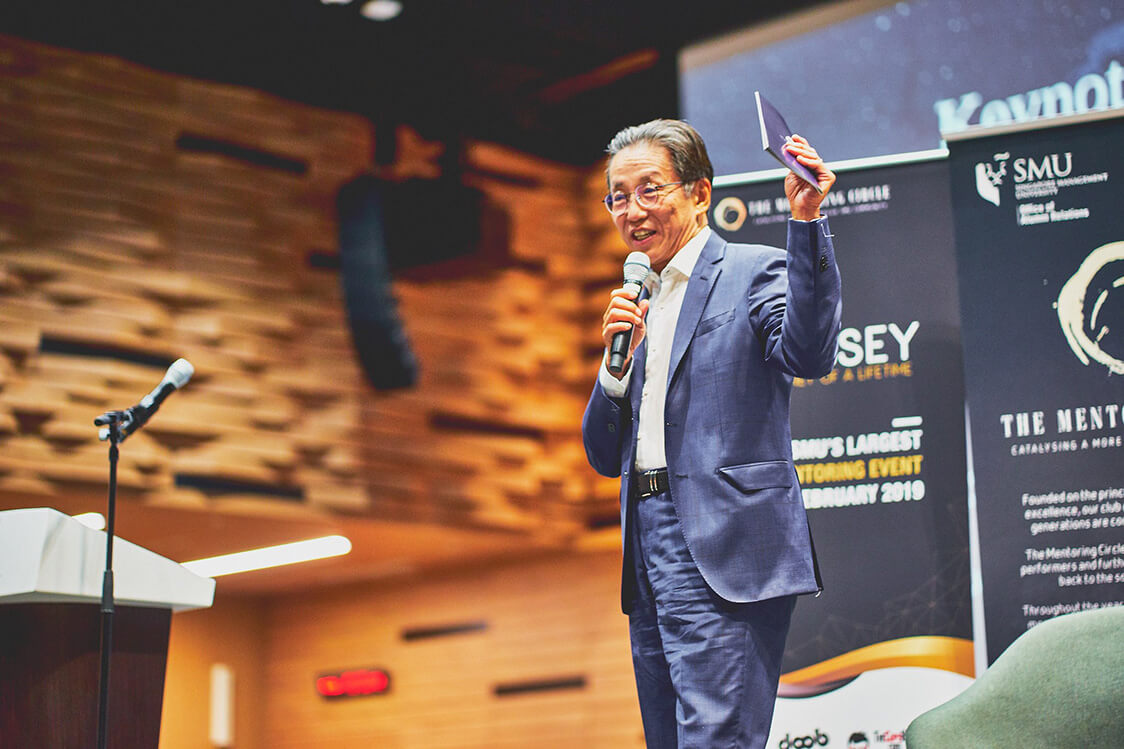 By The Mentoring Circle

The Mentoring Circle (TMC) hosted the Singapore Management University’s (SMU) largest-ever networking event, Odyssey 2019*, on 15 February. The event brought together over 300 undergraduates, alumni and distinguished guests from various industries for a night TMC will never forget. We kicked off the event with a speech by our guest-of-honour, founding and current Chairman of the Board of Trustees of SMU, Mr Ho Kwon Ping. 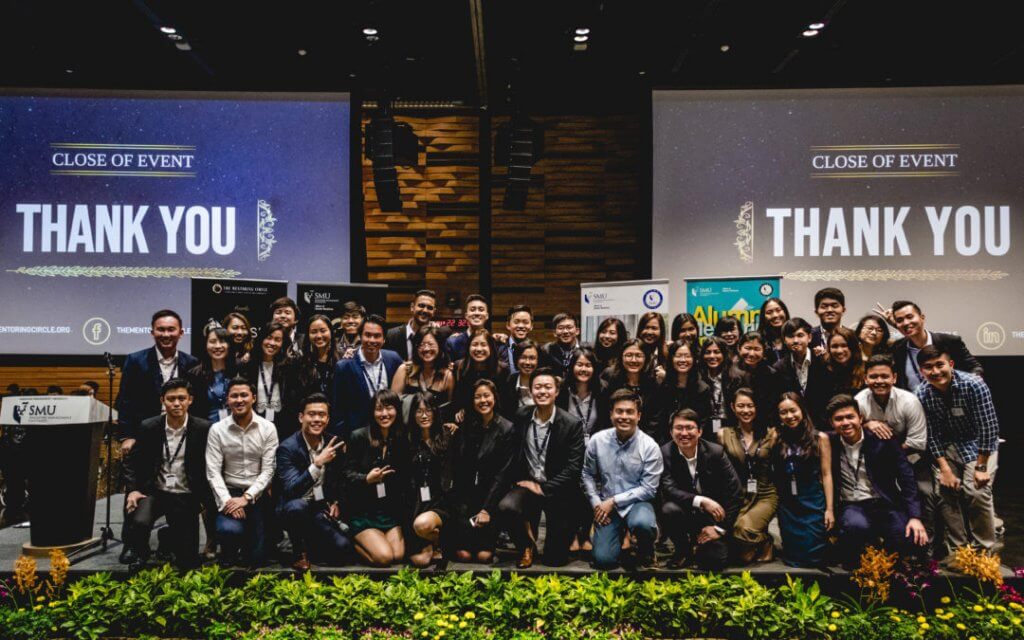 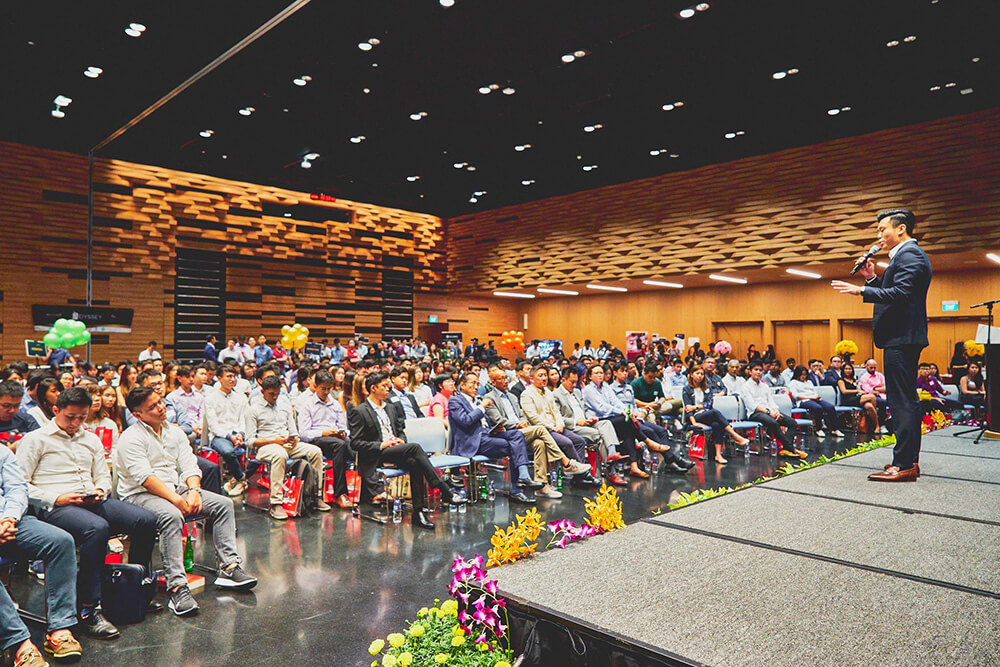 Mr Ho remarked that there are two major things which are important to what TMC is doing. The first of which is that TMC has completely redefined the concept of mentoring, and the second being how TMC reflects the true value of SMU.

Mr Ho shared that he used to associate being a mentor with being a retiree and that it is what you become after you are finished with your jobs. However, when he found out about what TMC was doing, he was absolutely floored. Mentorship first started over 10 years ago in SMU with the alumni mentorship programme. In some ways, the programme was already beginning to redefine mentorship because it involved young people not yet in the prime of their careers, but already beginning to share with other students. Following that, TMC emerged and is currently just into its second year. 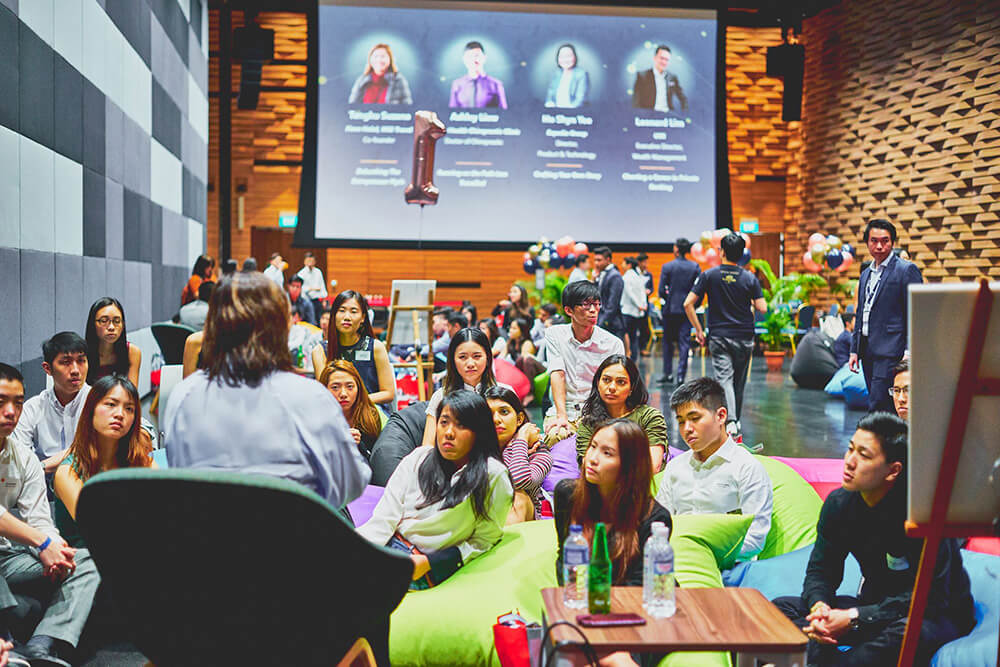 TMC began with the idea of peer-to-peer mentorship, where juniors and seniors mentor freshmen and sophomores. Since then, it has yet again completely thrown out the concept of mentorship. No longer is it solely about coaching or teaching; instead, it has shifted its emphasis to the ‘sharing of experiences’. In doing so, TMC has shed the superior-to-inferior approach and embraced peer-to-peer sharing, instead. Thus, mentorship in SMU is intertwined with networking for very practical reasons. All of these developments have involved breaking new grounds.

Mr Ho also shared that TMC embodies the core values of SMU and is, above all else, a community of people who share common dreams, aspirations, experiences, and ups and downs. He believes that a university is unique in the world as it is not just an organisation but a community of people. Mr Ho added that people who leave a company don’t usually become alumni, they just become ex-employees. But when people leave university, they become alumni which is a larger community here to serve. A core focus of SMU has always been on values such as service to the community. SMU takes issues of societal impact and through education and research, works on making meaningful and impactful change in the community we live in. SMU also strives to be a sharing university where we compete but are collegial at the same time. In essence, student clubs in SMU like that of TMC, continue to enhance the true values of SMU.

Mr Ho also took some questions from the crowd:

The foundation of SMU was built on the criticality of the education system. Criticality, Mr Ho, is your strong suit. So what, in your opinion, is the critique of SMU students today? In other words, what can SMU students do better?

HKP: I tell people SMU students are distinctive all the time. I won’t say I have a critique but more of a word of caution, and that is really the danger of hubris. And to take it to another level, academic research has shown that 75 per cent of companies that have failed in the world is due to hubris. Hubris basically means that you think you’ve made it and think you’re better than everyone else.

There are too many good things that are being said about SMU students. Many of you end up pursuing a career in finance or consulting where the starting salary is way higher than others who, perhaps, pursue a degree in English Literature.

People also tend to say you speak up and are more articulate than your NUS and NTU counterparts. I would like to say that is partly a reflection of the success of SMU itself. But to be fair, SMU students come from the same pool as the rest of the Singaporean students. NUS and NTU are great universities which are changing rapidly and are both working very hard to produce qualities found in SMU students.

If we continue to think that we are God’s greatest gift to mankind, that is the beginning of the end. My caution for you is to be proud of who you are and what you have become, but do not for one minute think it will make all the difference in your career. It will make some difference but there will be setbacks and there will be lots of other people who are hungrier and more competitive than you are. Never ever believe in your own PR. My biggest fear is that we inculcate you with the PR; we want you to go out there and tell people how great you are but never for one minute believe that you are better than anyone else because once you do, it is the beginning of the end. Always remain humble and always remain hungry! 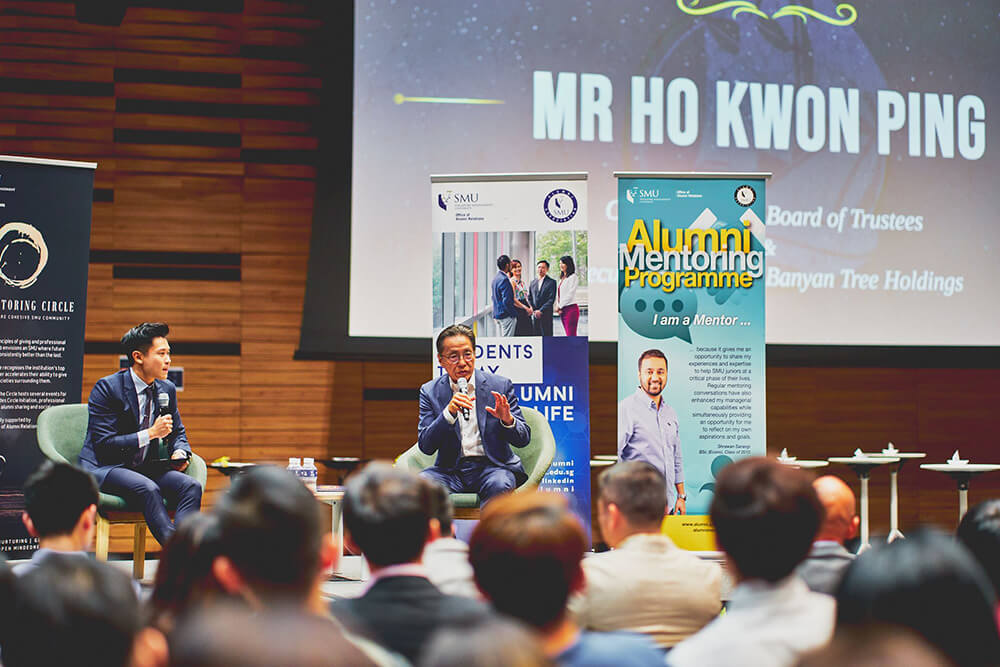 I am Edward, current president of the NTU Students’ Union. In line with our recent conference, “The First Step”, which focused on hiring beyond grades, I would like to seek your views on the importance of GPA today?

HKP: I don’t come from a typical background—I got thrown out of university and I’ve failed at things. I think a good GPA is indicative of something, but not everything. If you’re going to be a good employer, you have to look at the GPA as one KPI on the balanced scorecard.

A high or low GPA just allows me to begin to ask questions. I would ask a person who comes in with a high GPA, questions to see whether the person is very school smart. I can also ask if that person has worked very hard for a high GPA as that is indicative of something. A high GPA could mean that you worked very hard and it is very meaningful as all employers want someone who is a hard worker.

If you have a low GPA and you have a good reason why, for example, personal problems or, perhaps, it was not an area that absolutely fascinated you; and by talking to you, I see other attributes, I would hire you too.

So, in all honesty, a GPA score, whether high or low, is indicative of something but not everything. Any company who would say only those with a high GPA would you be hired, would be making a big mistake. It is definitely not to thrash the idea of GPA not being important.

*Odyssey 2019, SMU’s largest networking event to date, was held on 15 February 2019. The event was conceptualised by The Mentoring Circle at SMU with the purpose to ignite a spirit of mentorship within the SMU community. Taking a creative and informal approach to networking, Odyssey 2019 aimed to provide a platform where Alumni members from SMU’s Office of Alumni Relations and the student population could build stronger bonds and kick off a journey of a lifetime.

Keen to take the next step with SMU? Learn more about our undergraduate programme.