The Echo of Consumer Protection: Perils Lurking in the Fine Print 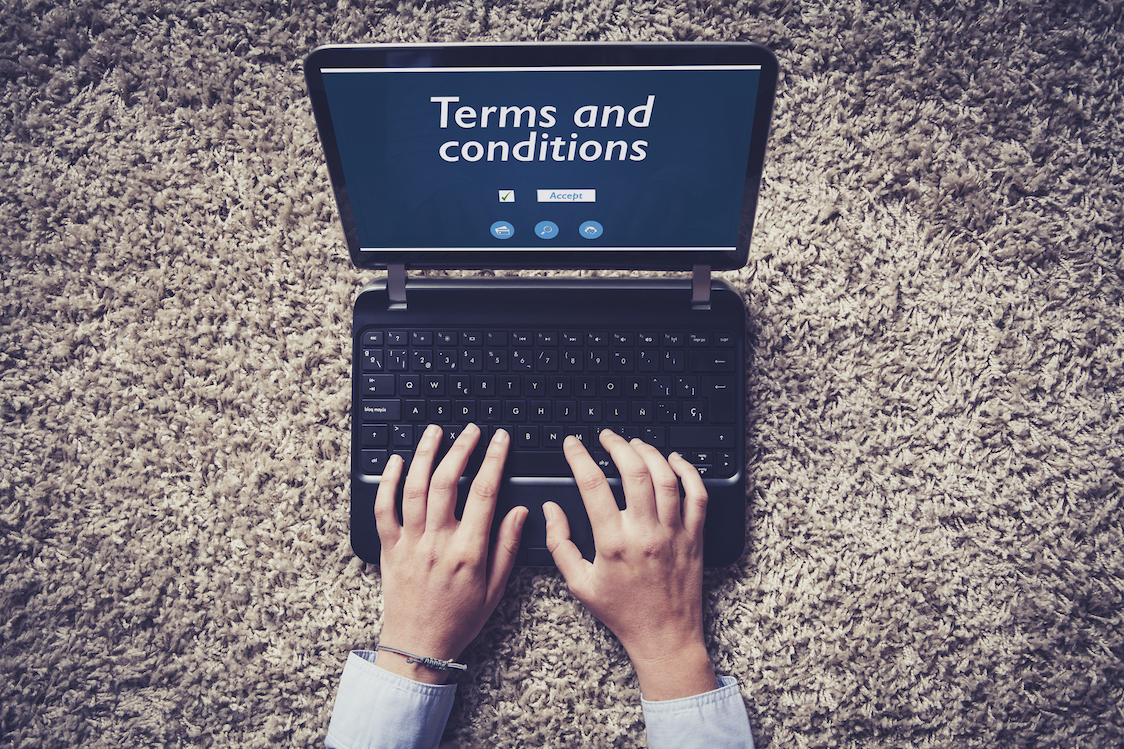 One of the biggest lies on the internet must be when people click on the box that says “I have read and agree to the terms and conditions.” Laziness and plain indifference probably lie at the root of this problem.

But the truth is that most people should be taking the small print more seriously, points out Dr Guido Noto La Diega, lecturer at Northumbria University in his talk on “Contracting for the Internet of Things: Fading out the Echo of Privacy and Consumer Protection” at The Future of Law Conference, co-organised by SMU’s Centre for Cross-Border Commercial Law in Asia and Osborne Clarke. 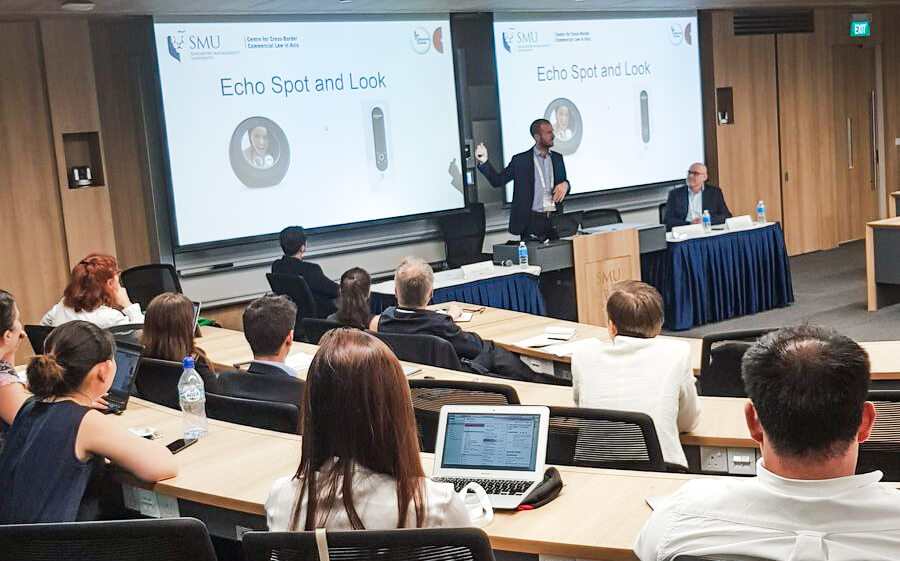 Dr Guido Noto La Diega at a session on “Technological Challenges for Privacy”, which as part of the Future of Law Conference at SMU.

One glaring example of how little attention we pay to these agreements was when some Londoners unwittingly signed away their first-born children in exchange for access to free WiFi during an experiment by the Cyber Security Research Institute. Thankfully the ‘Herod Clause’ was not enforced but it proves how many of us may be signing up for a lot more than we bargained for.

What is even scarier, perhaps, is that if someone did commit to reading the small print before saying yes, the likelihood is that it wouldn’t leave them any clearer about their rights. From having too many contracts to being too wordy, the agreements almost seem purposefully opaque. Amazon’s Echo is accompanied by a staggering 16 contracts.

Even worse than reading all these contracts is that you get to the end to discover that it still may not be adequate as Amazon declares that users should also check their website frequently to see if there are any changes to the terms.

“Even if I did read all the contracts, do I understand them?” asks Dr Noto La Diega. “The answer is no. Essentially you need a PhD to understand all of them.”

With the Internet of Things (IoT) devices, users are left even more vulnerable to security or privacy breaches. It’s probably fair to say that with these devices, we’ve increasingly given up some of our privacy rights.

For example, Amazon’s Echo devices can now act as an intercom system. This means you can automatically hear what’s going on on another Echo device without the people on the other side having to pick up. Imagine how useful that would be to a thief?

Not only is our privacy being slowly eroded but Dr Noto La Diega also warns about the death of ownership. As the idea for the circular economy slowly gains ground, questions start to arise about true possession and an owner’s rights. In theory, the circular economy sounds like a wonderful notion whereby waste is designed out and companies work towards recycling and reusing. This would also mean moving to a model where manufacturers or retailers increasingly retain the ownership of their products and where possible, sell the use of the product not their one-way consumption.

Earlier this year, Apple said they were “embracing the circular economy”, which then begs the question – does your iPhone truly belong to you? And if you aren’t an owner then what rights do you have?

“We’ve given up some of our rights but have not been adequately compensated,” says Dr Noto La Diega. “It’s happening in a way that’s not very fair.”

According to Alexa’s terms of use, Amazon can suspend, terminate or change the services at any time for any reason without notice, without a refund and without users having a right to cancel the service.

The truth is users don’t really have many options. Without the time to plough through or the ability to comprehend many of these contracts, the balance has definitely swung to the other side.

“If we just accept these statements and carry on this way, allowing companies to take away our privacy and give away our consumer rights, then we should probably accept that society will become even more unequal than it already is,” says Dr Noto La Diega.

Right now, regulators have been using competition or antitrust rules to keep many of these technology companies in check, such as the 2.4 billion euro fine slapped on Google in July by the European Union antitrust enforcers for abusing its market power in Internet search.

But the dominance of the likes of Amazon, Apple, Facebook and Google are raising questions about whether existing legislation needs to be rewritten for the internet age.

As Dr Noto La Diega concludes, “I would rather have regulation than have the government exerting pressures in an opaque way.”