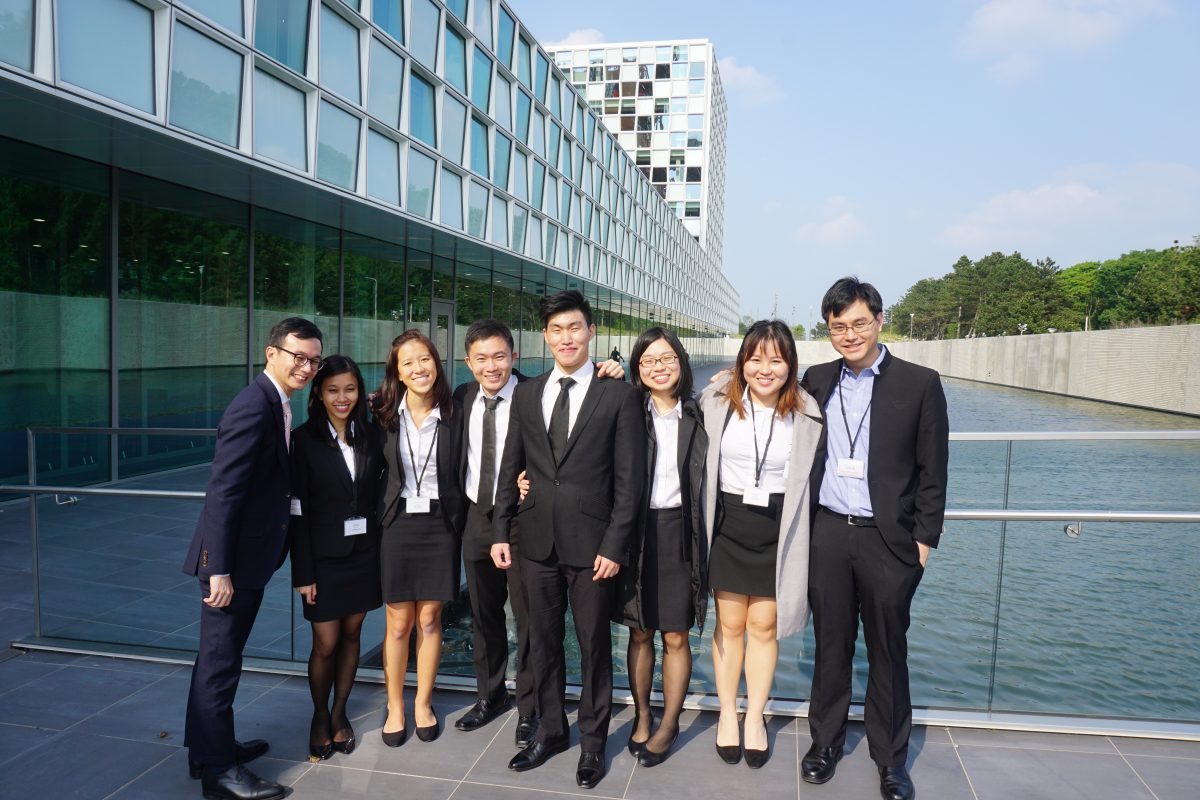 Participating in international moot court competitions is a proud tradition in SMU, as one of my seniors had documented in a blog post last year. In a moot, students assume the role of lawyers and present written and oral arguments to a court. The arguments revolve around a hypothetical fact pattern and the subject matter is usually focused on public international law, or international commercial arbitration.

The International Criminal Court (ICC) moot which I took part in is unique. First, the subject matter is international criminal law, a relatively new area of law not taught in many schools. Further, while most moots feature two sides acting for fictional clients, the ICC moot involves 3 sides: the Prosecution, the Victim’s Counsel, and the Defence Counsel. This setting actually reflects real proceedings at the ICC. With each side representing distinct interests, this allows for very exciting oral rounds as innovative arguments are canvassed—and it also requires greater effort in research.

After going through the selection process for the International Moots Programme, we began our preparations in December 2015, around the period when the moot problem was released. The task ahead seemed daunting. Unlike the team last year—which won this moot at the university’s debut in the competition—none of us had experience in an international moot, and none of us had ever studied the specialised area of international criminal law. Further, we had to master the Rome Statute, which is the founding treaty of the ICC. Things got off to a tentative start as the six members of our team were complete strangers, despite most of us being in the same year of study. Little did we know, the next six months would prove to be one of the most magical experiences, as we forged friendships in the trenches. Working closely together allowed me to see the different sides of my teammates, which I would otherwise, have never seen in a typical classroom environment—such as the irrationally hilarious jokes from Joy and the unintentional deadpan humour from Nurul. ‘Twas fun times indeed. 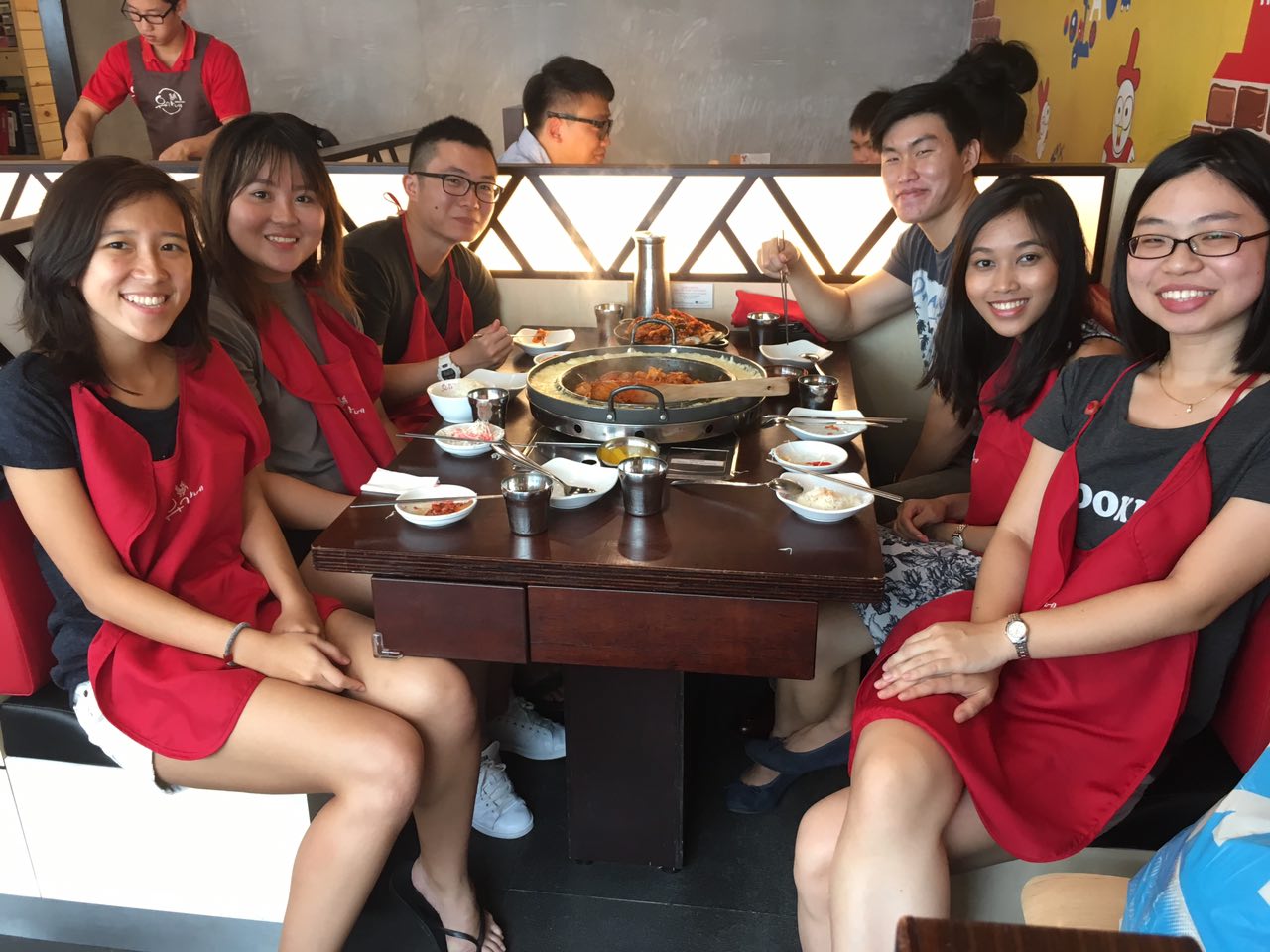 The long and punishing journey was made more bearable with the strong support from SMU, our professors, and coaches. Edmund Koh and Nicholas Liu, both alumni, were tireless in their efforts to help us improve. Despite their heavy workload and personal obligations, they still found time and energy to give invaluable feedback regarding our progress. Professor Chen Siyuan was also instrumental in creating a conducive environment for us to work. It was truly reassuring to know that they were just a phone call away.

The first milestone was the submission of three written memorials, one for each side. It was a gruelling process as we wrote draft after draft after draft, slowly improving the quality of our writing with each step. We spent entire, consecutive days huddled in the moot room researching, debating, and revising our work. This huge time commitment helped me to become more efficient at time management, as lessons were not going to come to a halt just for us, and there were other modules that demanded attention as well.

We finally submitted our memorials during recess week, but there was no time to rest as we began preparing for oral arguments. The pace was hectic and exhausting for all of us as we juggled assignments, full days of lessons, and practice rounds with moot alumni members at night. What kept us going was a shared sense of camaraderie, the constant encouragement from our seniors, and the knowledge that we were improving, slowly but surely.

Before we knew it, it was time to depart for The Hague! 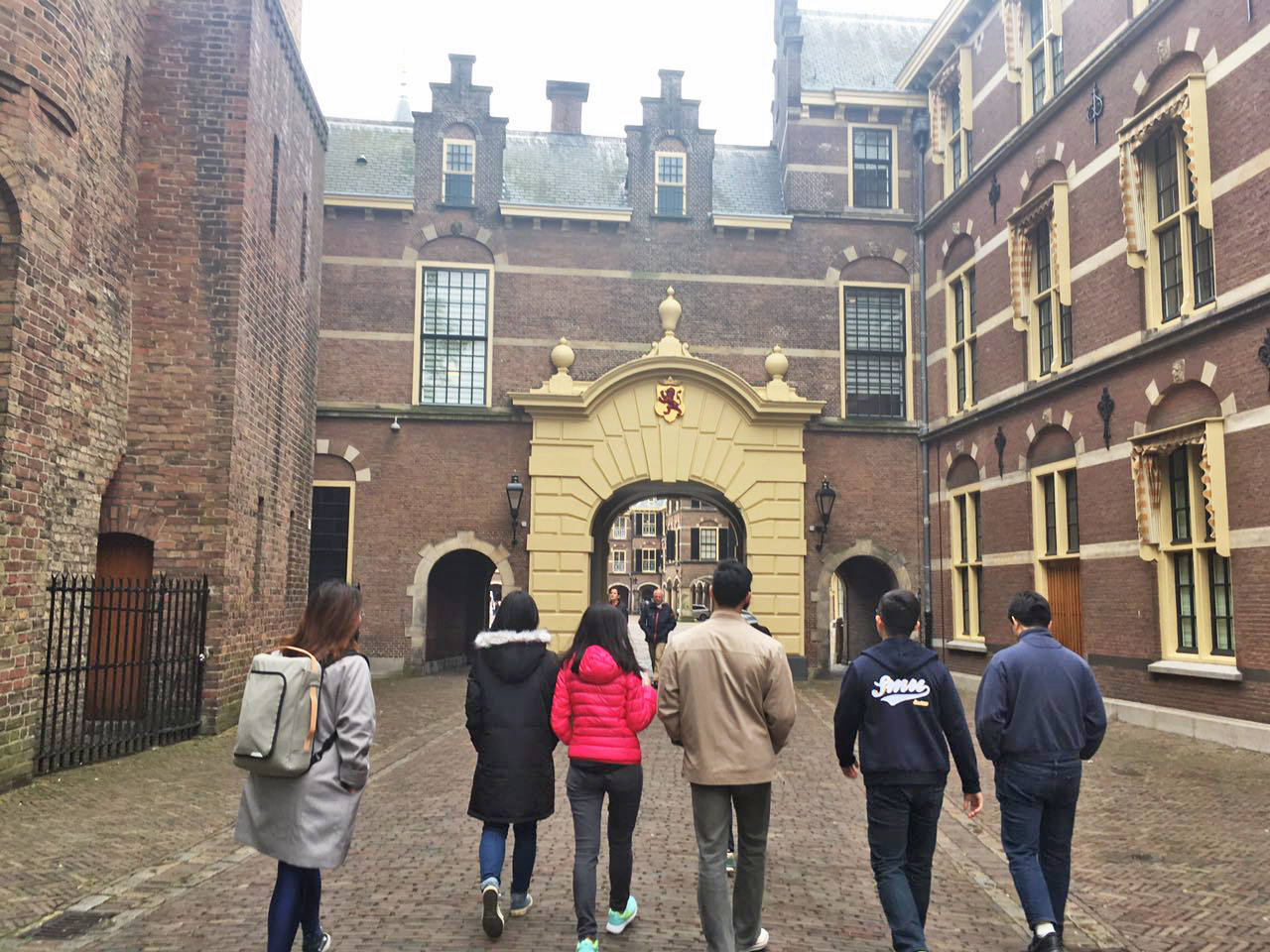 The Competition opened with a cocktail reception. As the most prestigious moot competition on international criminal law, it attracted 111 teams, hailing from all around the world. There was a rare sense of being part of something bigger, as we mingled with the other competitors. 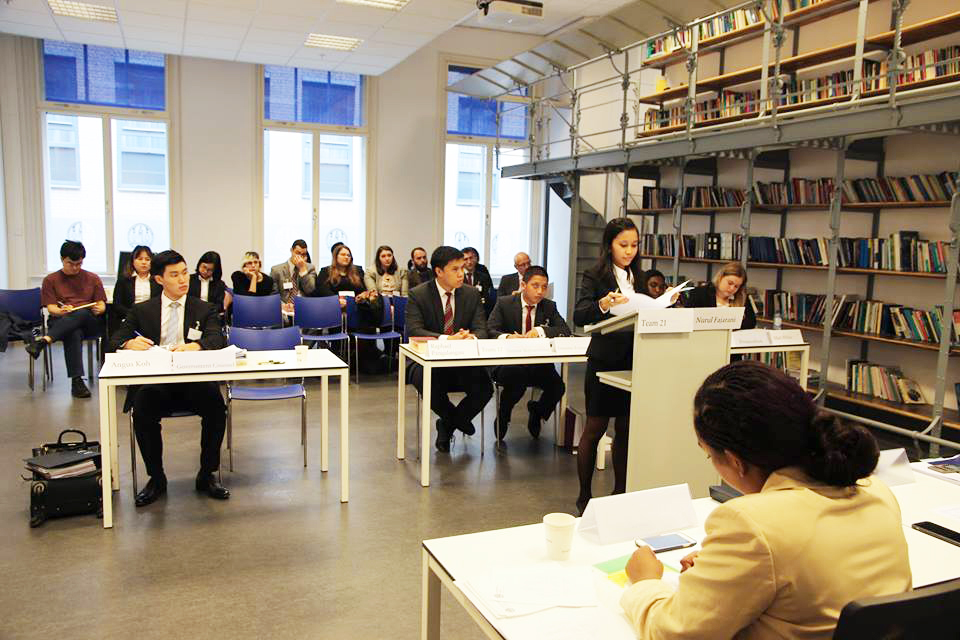 In action at the preliminary rounds (Photo credit: Moot Organisers)

The next day marked the start of the preliminary rounds. After six preliminary rounds over three days, we successfully advanced to the quarterfinals, where we met two-time champion and three-time finalist Bond University (Australia). They were one of the toughest opponents in the competition, and it was nerve-wracking having to face them so early in the knockout stages. Thankfully, our hard work and preparation gave us some measure of confidence, and we successfully advanced to the semifinals. 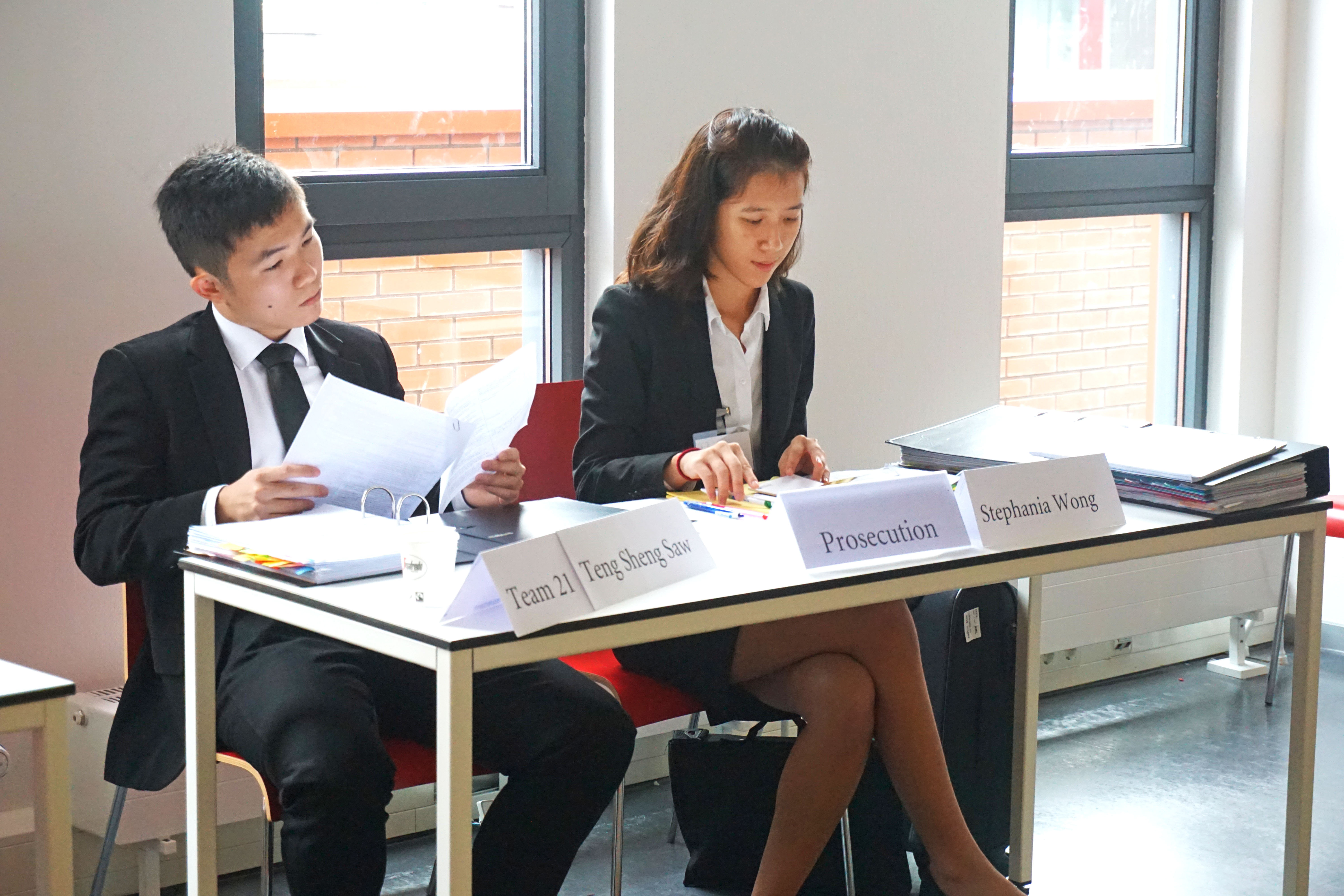 The most memorable round is, without a doubt, the Finals! This was held at an actual courtroom in the newly completed ICC premises. The courtroom was modern and well-equipped, with cameras that allowed the Finals to be broadcast live (check out the videos below). It was surreal to be sitting at the very place where international criminal law has, and will, be shaped for years to come. 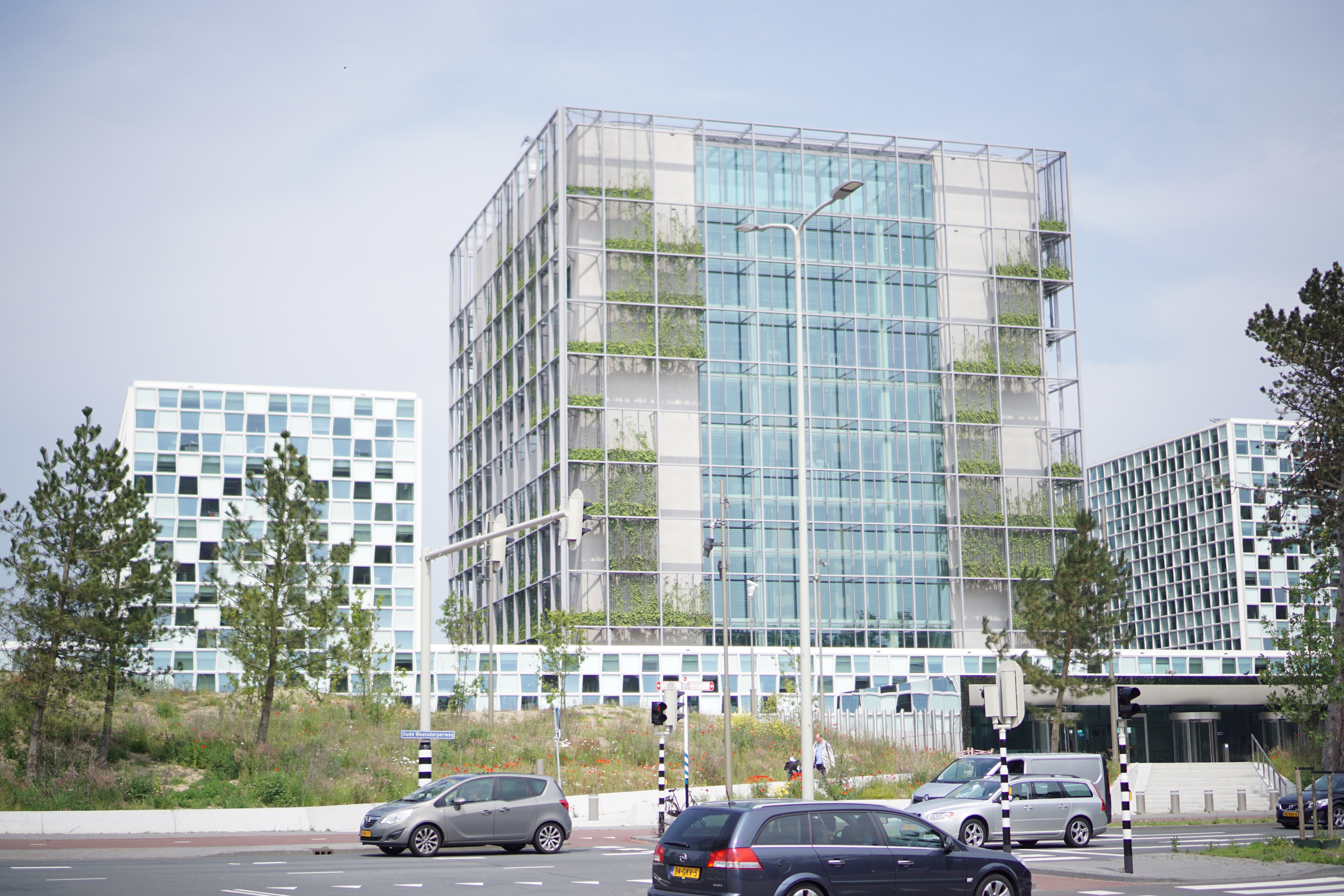 The exterior of the ICC building

Our team had drawn the role of the Victim’s Counsel in the Finals. This meant Teng Sheng would speak last, after both the Government Counsel and Prosecutor had spoken. This was a double-edged sword. On one hand, we had the advantage of ending with a strong impression. On the other, there was the risk of sounding like we were merely rehashing arguments already raised by the Government Counsel and Prosecutor. Teng Sheng would have to strike a delicate balance. 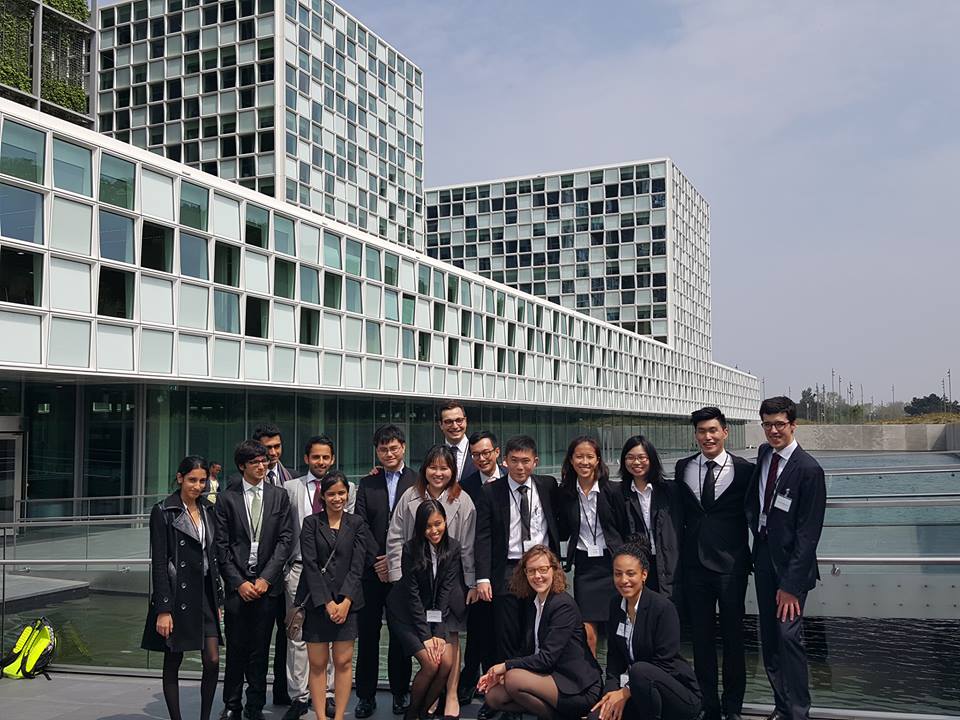 A photo with the other finalists. (Photo credit: Moot Organisers)

Our opponents were the University of Cologne from Germany (representing the Government Counsel), and the National Law School of India University (representing the Prosecution). They performed superbly—calm, collected, and unfazed by the judges’ probing questions. It was difficult not to worry about whether we would be able to match the high standards they displayed.

It was finally Teng Sheng’s turn to take the stand. Any pressure he felt seemed to motivate him to raise his game, and it was one of his best performances ever. Yet, none of us dared assume the best. The competition was THAT close.

After the oral arguments ended, we sat through a brief intermission while the Judges deliberated. I am sure any competitor, of any discipline, would be familiar with the roller coaster ride of hopefulness and anxiety during this period, and the slow pace in which time suddenly decides to crawl. And thereafter, the strangely invigorating feeling of cautious excitement as the door to the Judges’ chambers reopened.

The moment of truth had arrived, and we were announced the Champions! 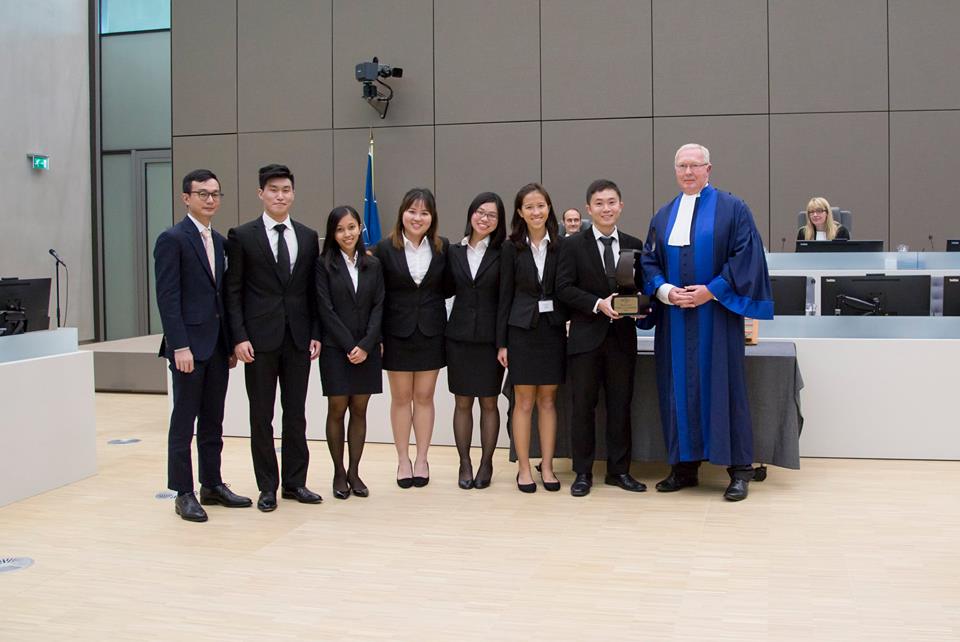 The feeling was delicious. One part was elation. But there was also a sense of accomplishment and satisfaction of having achieved what we had set out to do, of having persevered through the many roadblocks we faced. And mixed in there was gratitude—gratitude for the opportunity to even participate in the competition; gratitude for all the people who had supported us in our journey.

With this win, two records were set. One, it marked the first time a law school had successfully defended its title in a major international moot. Two, we became the 8th SMU team in AY 2015–16 to reach the championship final of an international moot. This equalled last season’s world record of eight appearances; and with our International Maritime team making the finals last month as well, the record was extended to a total of nine finals reached in a single season!

Participating in an international moot is an enriching experience. You get to hone your research skills, and more importantly, how to transform research into convincing arguments based on the facts. You learn how and when to use different argument techniques. You learn about your own persuasive style. You face and surpass what you perceived were your limits. No other module has forced me to use these skills so intensively, or even taught me so much about these skills. It was a long journey, but I am glad that our team took the first step, and kept walking.

If you’re keen to experience what the actual ICC Moot competition was like, check out recordings of the Finals here:

Mum, Dad. This is for you.
Innovation Management Education