How China’s Growth is Misunderstood: A Tale of Paradoxes with Dr Jin Keyu 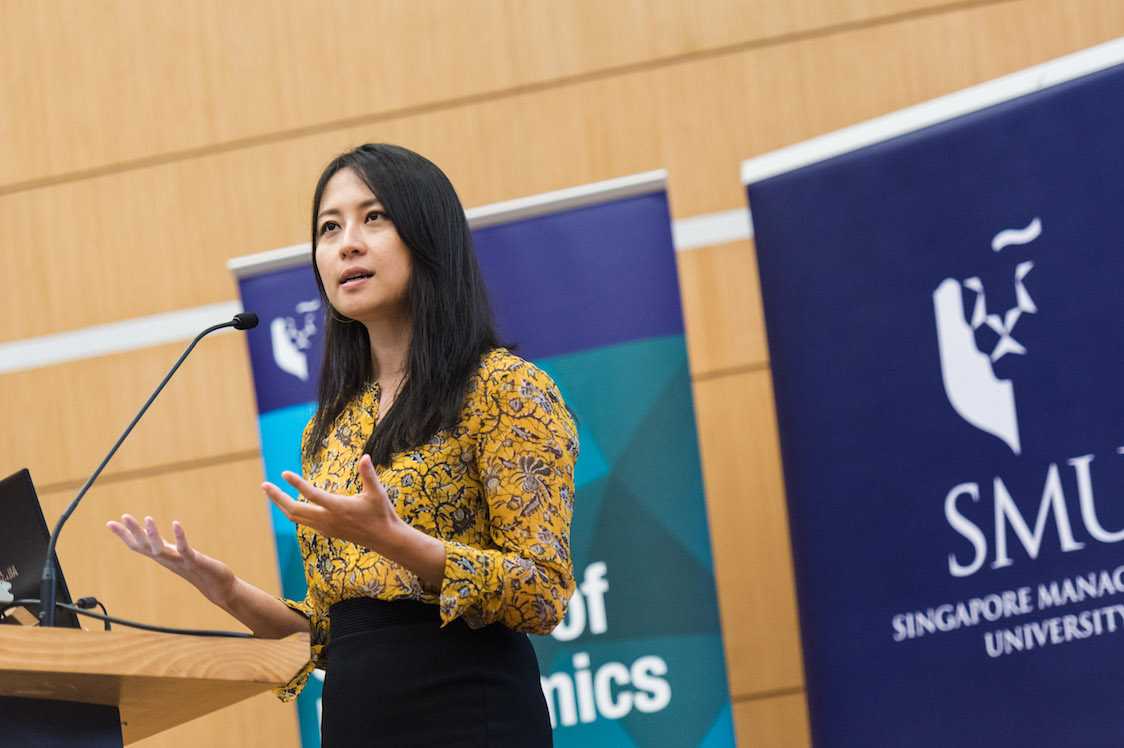 The drivers of China’s dramatic economic growth over the past two decades are often misunderstood by international observers, leading to mistaken prophecies that the country’s boom is coming to an end, according to Dr Jin Keyu, who delivered the Ho Bee Professorship public lecture at the Singapore Management University in September. 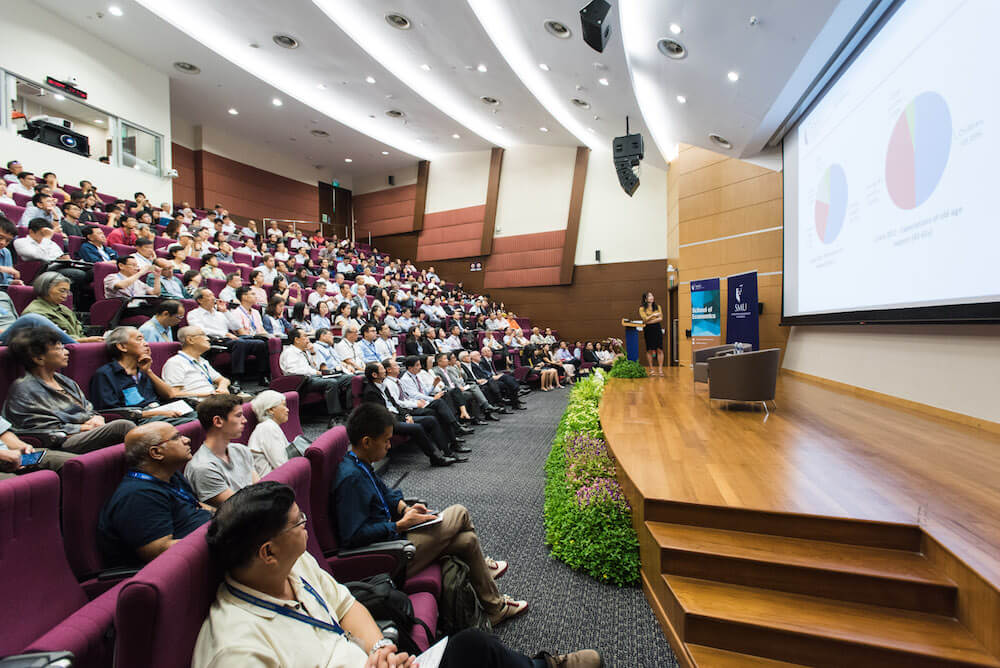 “Its economic experience has been remarkable, but there has been no shortage of puzzles and paradoxes that have emerged alongside its trajectory and path to success,” Dr Jin, who is associate professor of economics at the London School of Economics, said.

“It has defied, often, conventional wisdom in terms of how an economy develops. For one, it happened in an autocracy, not in a democracy. It thrived in the absence of Western-style institutions, in an absence or lack of enforcement of rule of law; and Adam Smith’s invisible hand was not present—it’s more the Buddha Guanyin’s one thousand hands.”

Observers are often “bedazzled” by China’s economic numbers, Dr Jin said. “The size, the GDP growth rate, the trillions of dollars that is sent to global markets every year, the 800 million people that have been lifted out of poverty, the half a million students going abroad every year to study. And of course, the 1.3 billion consumer market that is every seller’s dream. But behind these awe-striking numbers is an economy that we don’t quite comprehend.”

One of the most common misconceptions, she said, is that the Chinese economy is dominated by state-owned enterprises. This is not borne out by the numbers.

“Despite the fact that we think the state is very strong in China… in fact, if you look at the data, the private sector has thrived in China,” she said. Today, non-state enterprises contribute around 80% of total output in the country, and around 85% of its employment. 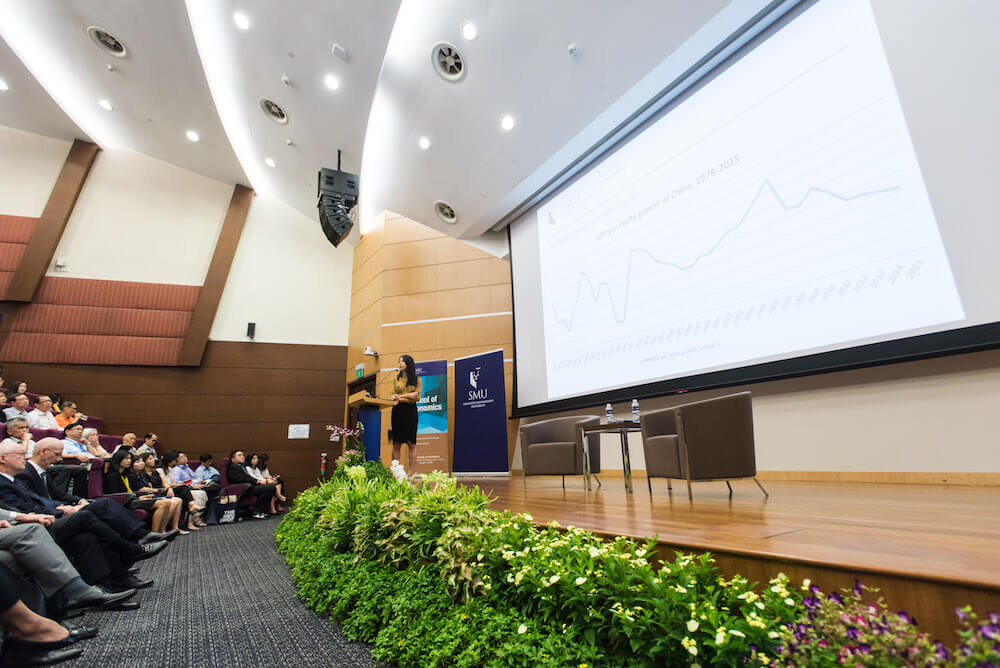 “The lion’s share of employment is provided by the private sector, and the private sector contributes most to the Chinese output. That might be a little bit surprising, given how prominently we believe the state to be in the Chinese economy,” Dr Jin said. “What is … particularly puzzling for conventional economic thinking is that China being voted by international polls as having among the worst institutions in the world, how did they manage to get such a thriving private sector? That’s one of the paradoxes.”

Another misconception is that the country is growing mainly because of massive public investment into infrastructure.

“China has been perceived to grow because of investment and capital accumulation—the bridges that lead to nowhere, the ghost towns, and all this residential property that’s been built up—and that China, because it’s growing on investment, has to be met by this imminent decline in growth rates, because the curse of diminishing returns says that the more you accumulate capital, the more the returns to capital fall. And that inevitably leads to an economic slowdown.”

Dr Jin suggested an alternative interpretation of Chinese growth. Since major economic reforms began in 1978 under Deng Xiaoping, the country has been through several waves of growth. These growth spurts coincide with those reforms—the 1980s changes to agricultural policy; the creation of ‘special economic zones’ that were open to international trade and investment; privatisation; and China’s accession to the World Trade Organisation.

“Each time there was a major reform pushed through, there was a bout of economic growth. When the benefits started to wane, GDP started to decline,” Dr Jin said. “China’s economy, and growth cycles, are driven by reform. Each reform leads to a major growth episode, and then another one, by succession of waves of reform. 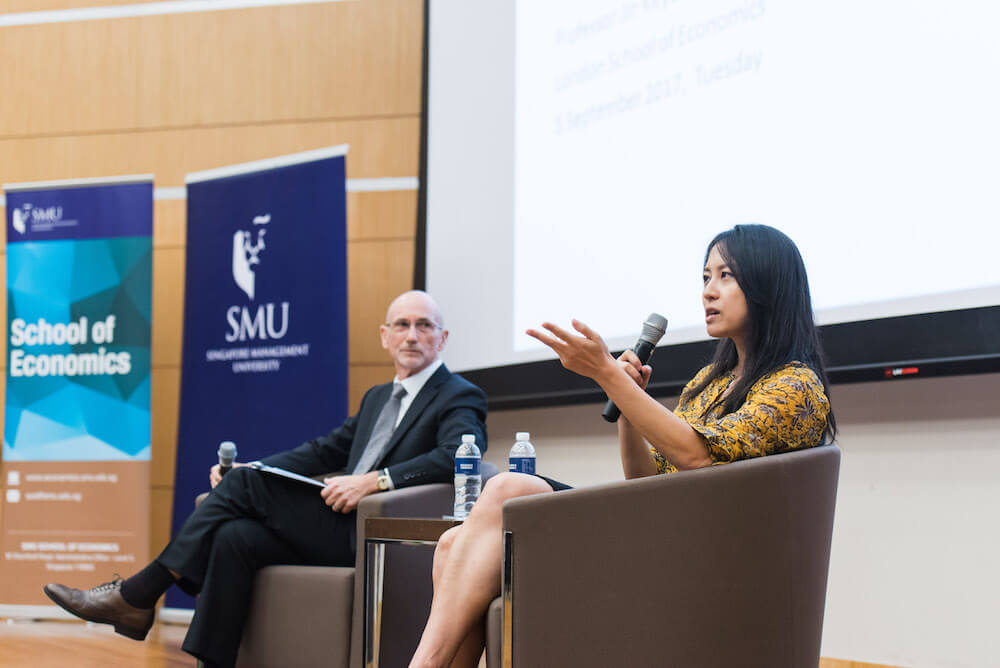 “Not only is this quite a unique way to grow, it also presents as present and future opportunities to continue to grow. If you’re saying that the growth engine is permanently stopped, then you’re saying that there are no more reforms to be undertaken, which is really far from the truth because there are so many distortions still in the Chinese economy.”

Between 1978 and 2007, capital accumulation contributed only a small amount to growth; 78% came from productivity improvements.  China at that time was not known for technological innovation, which typically leads to productivity growth. Instead, that jump in productivity came from structural transformation. Over the past decades, millions of people have moved out of agriculture and out of the state sector, and into manufacturing and the private sector.

“It’s actually a very powerful concept because China doesn’t really need new resources to grow. It simply needs to reallocate, to reshuffle stuff, to go from low productivity areas to high productivity, and that shows up as growth.”

The fact that many of China’s efficiency gains, and hence its growth drivers, come from reallocation of existing resources has profound implications for the country’s future growth. Many distortions still exist in the economy, Dr Jin said, meaning that the government has the tools available to continue its rise.

Although a lot of the reallocation of labour has now taken place, she said, “there still remains a large misallocation of capital.”

The Chinese state sector is markedly less productive than the private sector, she noted, but it still attracts proportionally more investment.

“The state sector contributes less than 30% of GDP, it provides less than 15% of employment, but… more than 50% of national investment goes into the state sector,” Dr Jin remarked. “This is an opportunity for growth in China. If we reallocate capital… the question is, is that going to happen?”

2 thoughts on “How China’s Growth is Misunderstood: A Tale of Paradoxes with Dr Jin Keyu”