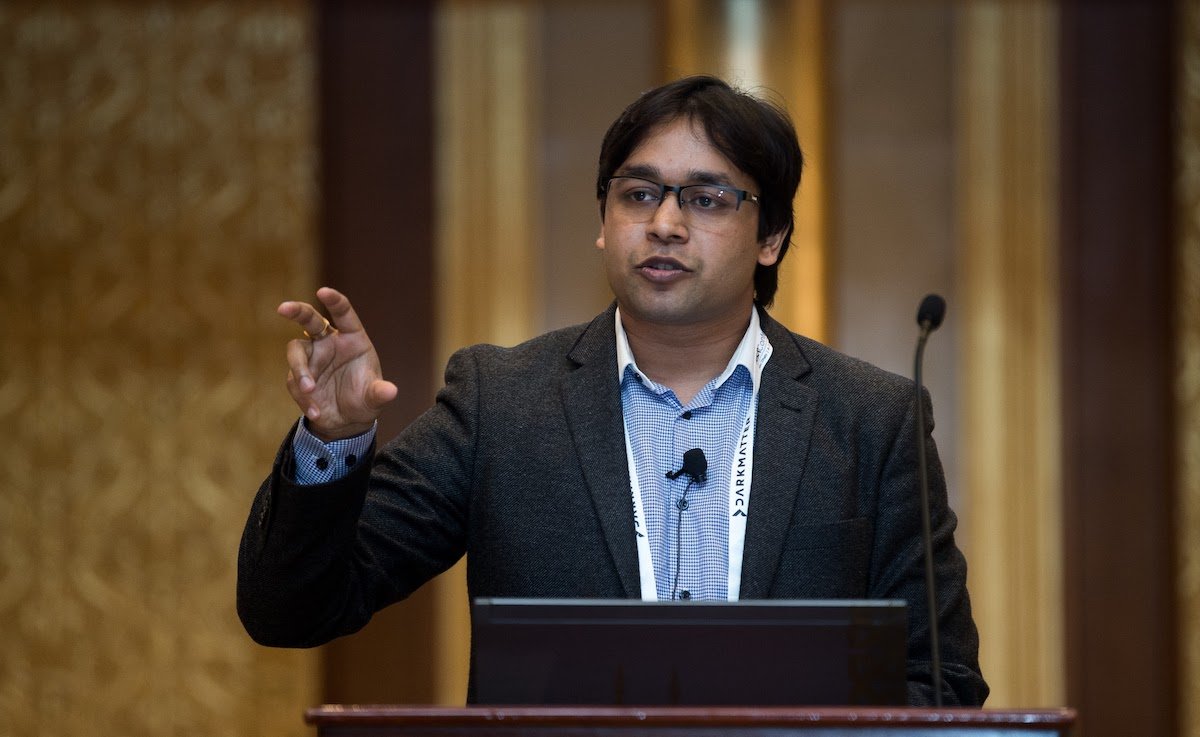 1. Tell us more about your first job placement after you graduated with the SMU PhD in Information Systems, in 2013.

When I was looking for a post-doctoral position, I received a few offers from universities in Canada, Germany and the United States. I finally chose to do my first placement at the New York University, Abu Dhabi (NYUAD).

I had met with Professor Mustaque Ahamad – a full-time professor at the Georgia Institute of Technology and visiting professor at NYUAD – during a conference and he invited me to Abu Dhabi for a visit to see the labs and meet other faculty members. It was more of a job talk, and things worked out well in the end.

I liked the fact that NYUAD gave me the freedom to do my research of choice. I was allowed to select a topic from one of the lab’s core areas of focus to work on rather than being assigned to one. I was also told that I could continue working on whatever I had been doing during my doctoral studies but was advised to branch off my research into an additional area. This is necessary for a post-doctoral research as it provides one with yet another level of advancement as a researcher. Professor Mustaque’s thought process was very different from others I’d met at separate interviews.

Joining NYUAD as a post-doctoral fellow, I initially found it difficult to start something new all by myself. Their PhD programme was at its early stages at that time, so I started out working together with several of Professor Mustaque and Professor Nasir Memon’s (Principal Investigator of the cybersecurity centre at NYUAD and full-time faculty member at NYU, New York) PhD students.

I was looking at the area of “Telephony Fraud” at that time. The first breakthrough (or as I would call it, ‘luck!’) came when I first presented my work on “Telephone Honeypots” as a panellist at M3AAWG (Messaging, Malware, Mobile Anti-Abuse Working Group), one of the largest international IT industry forums. My research was well-received and appreciated. From there, people from various industries, government organisations and communities began to express interest in the research and were willing to share their data and insights (such as the CEO of Nomorobo who shared the telephony honeypot data with us) and/or invited me for talks.

I published my work on “Telephony Fraud (Phoneypot)” at the top security conference, Network & Distributed System Security Symposium (NDSS) 2015, where it won the Best Paper Award. I also presented this research at the RSA Conference, M3AAWG, NDSS, and at other academic and industrial institutions. It received media attention and an article titled “Phone scammers lured in with ‘honeypot’ scheme set up by Abu Dhabi researchers”, was published on 4 October 2014 in the national newspaper of United Arab Emirates (UAE), The National, UAE.

I was, thereafter, promoted from Post-Doctoral Fellow to Research Scientist in May 2015, and went to attain several key achievements during my stay at NYUAD. 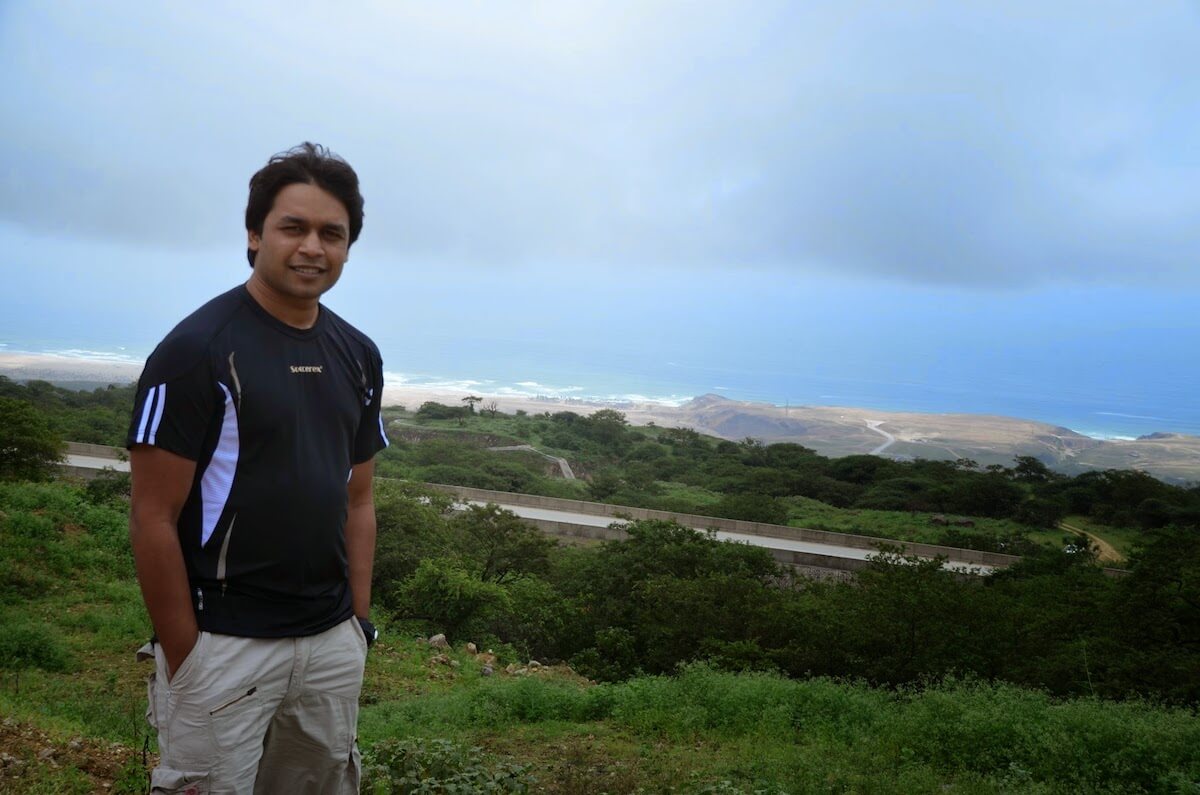 2. You’ve recently taken on a new placement at Pindrop. What are you working on there?

Over the years, I’ve helped set up the telephone honeypot for many academic and industrial institutions, including Pindrop. That’s when I got to know the people at Pindrop – or rather, when they got to know me better. I worked for Pindrop in 2014 as a part-time consultant for two years before becoming a full-time Data Scientist in November 2016.

I am now leading the efforts on Phoneypot at Pindrop, and working on new and future authentication solutions for the company. In March 2017, I presented my work on “Phoneypot” at a conference in Singapore, Blackhat Asia 2017. Part of the research helps us in finding new telephony scams, such as the Facebook Customer Service scam.

Sure! You can find a list of my publications here.

4. What has your SMU PhD journey been like? And how has the training helped in preparing you for your career?

The SMU PhD journey has indeed helped me a lot. For one, there was more focus on doing quality- rather than quantity-based research. The number of publications was not the sole criteria and this never mattered to my supervisor, Associate Professor Debin Gao. As such, this allowed us to spend more time on the problems we were working on.

At the same time, the emphasis on presentations – such as at conferences and workshops – has helped improve my communication skills, be it presenting my ideas to the research community or to the layman.

What I really liked, was how SMU arranged for all PhD students to gather in one large room on the fourth floor of the University. With this arrangement, I was able to easily communicate with other students on just about anything. These frequent interactions allowed us to spark new ideas and bounce ideas off of one another. I was also given many opportunities to collaborate with others who were doing research on areas such as mobile, data analytics and security.

My supervisor at that time, Associate Professor Gao, is definitely one of the nicest people I’ve ever met. He has always been helpful and supportive throughout my PhD journey – be it during my one-year exchange programme to Carnegie Mellon University, when I was searching for a post-doctoral fellowship, when I needed references for my O1 visa for the United States, and numerous other occasions.

I would also like to thank Professor Steven Miller, Vice Provost (Research) at SMU and former Dean of School of Information Systems, for the constant interaction. I’ve not seen such deep involvement by a dean at any other place. He still remembered my research and PhD dissertation topic when I met him last month in Singapore!

5. Would you like to share one or two major learning point(s) from your experience with other PhD students?

This first thing I realised during my post-doctoral fellowship is how much the experience has helped me in deciding my future direction. It has certainly made me a better and more independent researcher. During my PhD journey, I often relied on my supervisor because we tend to take it for granted that there is always ‘someone’ there to help or guide you. The post-doctoral fellowship, however, requires you to be more independent as you now have the added responsibility of guiding other PhD students, as was the case for me at NYUAD.

Secondly, I’ve learnt that quality research is better than “the more publications the merrier”. It gives one much more satisfaction; and in the long run, this mindset has helped me with my achievements.

4 Lessons on Sustaining an Online Business with Aloysius of Refash
What Do You Do When Job Hunting Is Tougher Than You Thought?