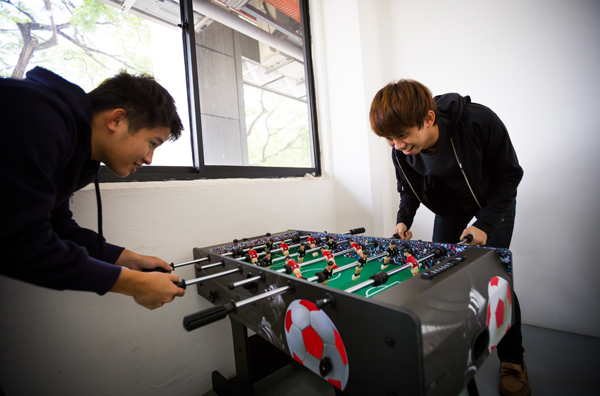 As internship season descended upon us in the summer of my first year at SMU, I set out to try something I’d always wanted to do: a stint at an incubated startup in Singapore. My friends, most of whom had landed prestigious internships at established firms, looked upon me as an object of curiosity. When they asked why I would even consider interning at a small and relatively unknown startup, I explained that I wanted to try something different from the tried and tested path.

I interviewed with a number of startups based around Singapore before landing an internship at ShopBack, a small 10-man outfit which has since grown to a 40-man team in less than a year. I didn’t secure the opportunity through any connections – I sent in my application, and I got called up for the interview. ShopBack was introduced to me as a cashback platform for online shoppers – providing e-commerce stores with more exposure and customers with benefits, which intrigued me to find out more.

Internship Tip 1: adapt to the company culture quickly. Even and especially if it includes foosball breaks in the middle of the workday.

My interview with ShopBack was a novel affair. I strode into the room dressed in my SMU-best (comprising suit, tie and even cufflinks), and was greeted by a man in t-shirt, bermuda shorts and slippers – who turned out to be my future boss, Henry. So humble was he that he didn’t even introduce himself at the time as the founder/CEO. He sat me down and told me about the ShopBack internship in frank terms: a startup wouldn’t be an easy experience, it required interns who would be willing to stay till 9 or 10 every night, and to step up to fill the shoes of professionals.

Henry’s enthusiasm and passion was palpable, and his ambitious yet systematic plans for expansion truly convinced me that ShopBack would be the right place for me. Many of us have grown up with closeted definitions of success, but I felt that the opportunity to be mentored by a man who left a high-flying job to start up his own business would be a worthwhile and eye-opening experience. And so, with equal parts anticipation and trepidation, I took the internship.

I was brought on board as a business development and analytics intern, and in true startup fashion, I found myself taking on a host of responsibilities beyond the official job description. On my first day, I was tasked to: conduct competitor research, write job descriptions, set up a simple Excel spreadsheet, shortlist marketing channels, and analyse implications of the Personal Data Protection Act. Twelve hours later, my first workday ended – at McDonalds, where my bosses and I had dinner together. 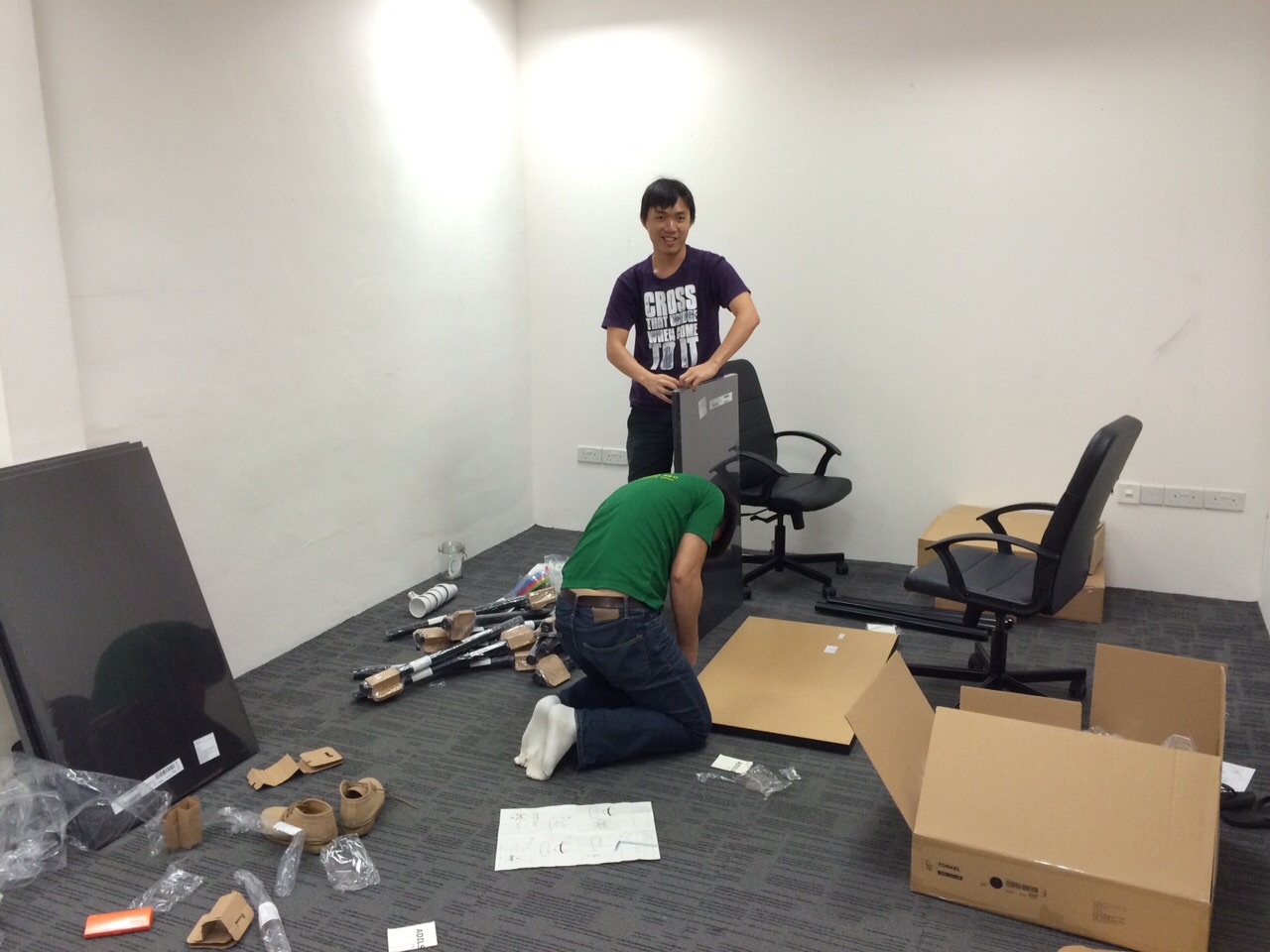 Internship Tip 2: make yourself useful as much as possible. For instance, when your bosses are assembling office furniture, offer to help — don’t just document the process with photos.

Within the next week, I simultaneously picked up PivotTable, simple VBA and Google Analytics. Soon, I was holding down four major daily responsibilities: generating reports, market research, finance and accounting, and hiring. While the learning curve was steep, what came next was even more exciting – I was placed entirely in charge of ShopBack’s hiring and networking portfolios. This meant that I had to write job posts to publish on various portals, call up candidates to arrange interviews, and even conduct the actual interviews. I was also tasked to tag along for networking sessions to expand our reach for partnerships. This proved a little intimidating at first, but I slowly built up confidence and soon I was shaking hands and exchanging name cards like a pro.

After my three-month internship ended, the company made me an offer for a full-time role which would have required me to take a leave of absence from SMU. I considered this offer seriously, but after discussion with my bosses, we decided that I would take on a part-time role as ShopBack’s talent acquisition manager while looking after strategic research – and of course, continuing my full-time undergraduate studies as per normal.

The experience of juggling full-time school and part-time work duties was stressful, but I felt constantly energised by my high-level responsibilities and by seeing my work translate into real, concerted impact on the company. I found the process of interviewing prospective employees especially daunting: I was extremely nervous during the first such interview I conducted, as the candidate was much older than I. The only thing to do was to conduct the interview with as much professionalism as I could manage. I think I pulled it off; the hiree later shared with me that he thought I was at least 30 years old. 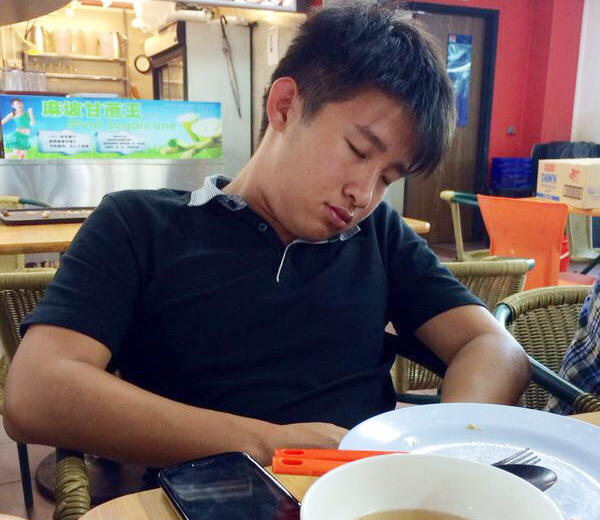 I was also given the invaluable opportunity to help to shape the company culture. ShopBack’s essence is that of constant innovation and passionate hard work, and one thing that defined the ShopBack experience was the daily scrum: all of us would gather at 9am sharp each morning, to discuss the previous day’s work. Through this daily routine, I learnt the industry’s way of conducting meetings – concise and efficient, albeit blunt and direct. I brought these skills back with me to school, and applied them to my CAT project in order to facilitate its smooth progress with well-defined goals and milestones.

One year after I first started with ShopBack. I decided to try an internship at another company. However, my relationship with ShopBack is far from over. In my informal role of “Chief Alumni Officer”, I keep in touch with an extensive network of the company’s past interns, all of whom share the ShopBack experience of long hours and hard work; whenever we’re invited back for company get-togethers and celebrations, I help to spread the word among my fellow ShopBack alumni members.

Looking back at my initial three months of interning at ShopBack, I feel that I definitely gained a great deal from the experience of contributing to the company’s bottom line. In the early days of my internship, getting five orders on any given day was a huge milestone – today, ShopBack receives over 400 orders daily. Such is the phenomenal rate of growth that can only be experienced within the dynamic environment of a startup. 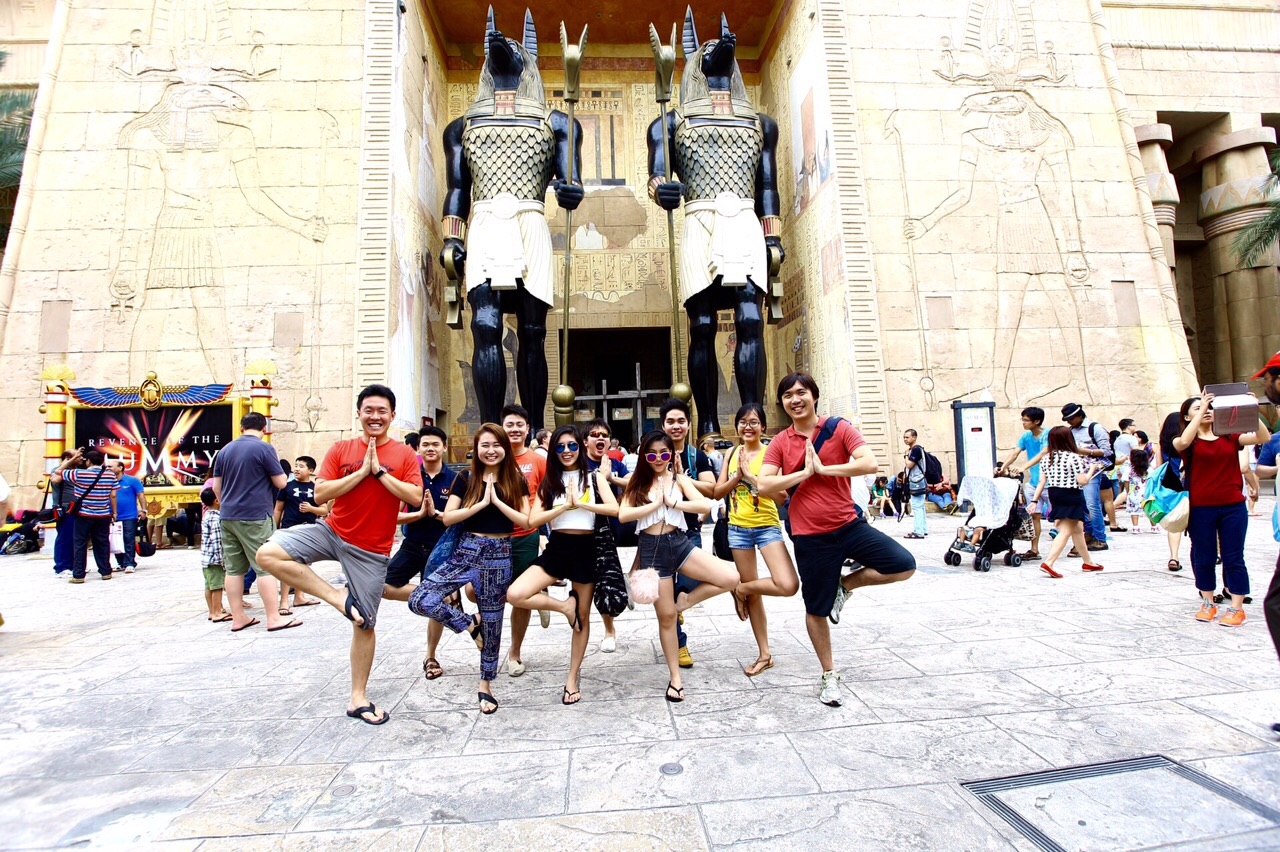 Internship Tip 4: when bonding opportunities arise, take the opportunity to chill out and have fun with your colleagues and bosses. Especially if the company is picking up the tab!

With entrepreneurship on the rise, I believe that startups can be a viable career route for those of us graduating soon: either founding one’s own startup, or joining one as an employee. I strongly advocate for my peers to try interning at startups as well – it’s a challenging experience, but a fulfilling one when you see that your efforts are directly responsible for driving the growth of a company.