SMU Accountancy Graduate: When One Career Peak is Not Enough

By the SMU School of Accountancy Social Media Team

When you reach a high point in your career, what would your next course of action be? To sit back and reap the fruits of your labour or hit the ‘reset’ button and take up a new challenge from scratch?

For SMU Accountancy graduate Darren Ong, the answer has always been clear as day.

As a student, Darren was used to testing his own limits. He had graduated as Salutatorian (or the second highest ranked graduate) of the SMU Graduating Class of 2015, and Valedictorian (top graduate) of the SMU Bachelor of Accountancy Class that year. Academics aside, Darren is also credited as the founder of the School of Accountancy (SOA) student club SOA Outreach (previously known as the SOA Volunteers’ Corps) which comprised a core pool of SOA students who support the school in reaching out to prospective students. After graduating from SMU in 2015, Darren started his career as an Investment Banking Analyst with Barclays and was promoted to the position of Assistant Vice President in less than three years.

“SMU and SOA have instilled confidence in me through their seminar-style teaching. As a result, I have never been afraid to speak up during meetings to provide my inputs or engage in meaningful debates.”

As Assistant Vice President at Barclays, Darren was given much autonomy to manage his portfolio. His supervisor provided him with the leeway to grow and develop, which he did so with confidence – a quality he attributed to SMU, “SMU and SOA have instilled confidence in me through their seminar-style teaching. As a result, I have never been afraid to speak up during meetings to provide my inputs or engage in meaningful debates.” As Darren’s portfolio grew, he was tasked to cover some parts of the Technology, Media, and Telecom (TMT) sector. In the process of engaging with his clients, Darren observed how the Tech industry was empowering lives and uplifting poverty. With the burgeoning Tech industry in the region, he found himself gradually drawn to this field and started exploring the possibility of pursuing a career outside of investment banking.

In January 2020, an opportunity presented itself and he decided to join Gojek. Although Gojek was a relatively young technology company and based largely in Indonesia at that time, he saw the potential of what it could achieve, “It was certainly a case of ‘right place, right time’ when a recruiter reached out to me about the opportunity. Through the subsequent conversations I had with the Corporate Development team, I felt that Gojek (and definitely Indonesia) was the place where I could learn about the industry, region and develop professionally. I was excited at the thought of joining such a dynamic company with great possibilities.”

Unfazed by the prospect of working in a new environment and culture, Darren was ready for the challenge ahead, “SMU and SOA had prepared me well through global exposure opportunities such as the many exchange programmes and study missions made available.” To ease himself into the new role, Darren attended basic Bahasa Indonesia courses offered by Gojek and tried to weave in as many Bahasa Indonesian phrases in his daily life as possible when chatting with his Indonesian colleagues.

“SMU and SOA had prepared me well through global exposure opportunities such as the many exchange programmes and study missions made available.”

A few months into his job, Covid-19 struck Singapore and Indonesia hard and both countries began to close their borders.

“I was fortunate to have an understanding manager, who encouraged me to travel back to Singapore and work-from-home (WFH) even before the widespread lockdowns happened. As with everyone who was adapting to WFH, it took me some time to get used to the situation. Besides that, my teammates were helpful and took the extra effort to ensure that I was getting up-to-speed despite not being present in Jakarta.” Once he acclimatised to this new situation, Darren plunged into his role as Senior Manager in the Corporate Development team at Gojek.

Gojek was not unscathed by the effects of Covid; its transport and offline in-store payment revenue streams were adversely affected with the lockdowns and social restrictions and the company had to diversify quickly to deploy resources to its food delivery, logistics and online payment teams. Meanwhile, the company continued to actively seek investors and Darren was responsible for leading deals, executing projects and talking to existing and potential investors. In one instance, he led negotiations with Telkomsel’s (leading telco in Indonesia) investment team and business leaders over a collaboration agreement involving its US$450mn private investment in Gojek. 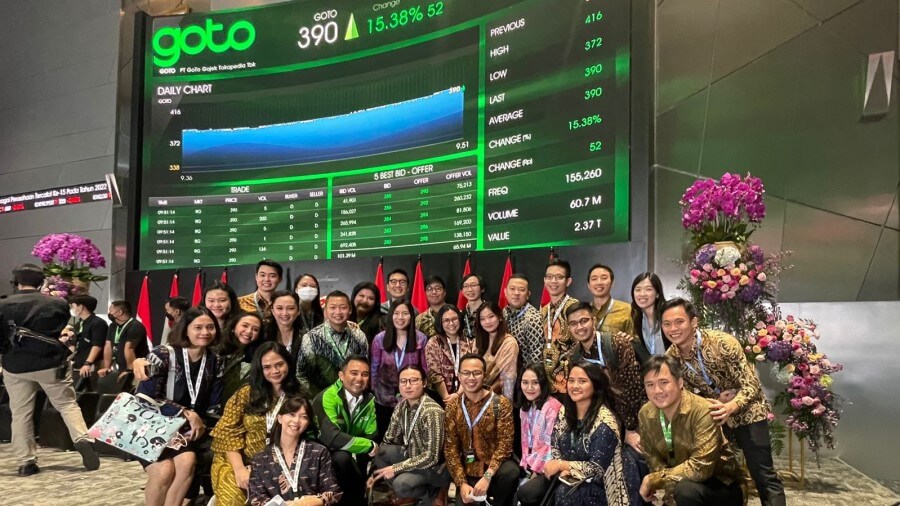 He also played a leading role in Gojek’s US$18bn merger with Tokopedia, the largest-ever in Southeast Asia, in May 2021. After the merger, Gojek, Gopay and Tokopedia were rebranded as the GoTo Group, and Darren was appointed the Interim Head of Financial Planning & Analysis to assist the new Group CFO. In January 2022, he was promoted to Chief of Staff, CFO Office, GoTo Group. “There was a need for someone to fill the role and it made sense for me to assume that responsibility since I was already familiar with the various operating entities (i.e. Gojek, Gopay and Tokopedia). I think it also helped that as a young and vibrant tech company, GoTo Group provides the flexibility and opportunity for such progressions to happen seamlessly.”

With his new position, Darren’s role shifted towards the Finance & Accounting, Controllership, Tax, Treasury, Financial Planning & Analysis and Intelligence functions of the CFO Office. His work became more finance-focused and internal-facing and involved dealing with key management as well as other departments in GoTo such as Investor Relations and the Corporate Development team.

In his capacity as Chief of Staff, Darren was also personally involved in preparations behind the highly anticipated IPO by GoTo Group which launched successfully on 11 April 2022. He was responsible for the submission of financial projections to the Indonesia Stock Exchange (IDX), preparing and reviewing responses to questions from IDX and OJK (also known as the Indonesia Financial Services Authority). At the same time, he was also in charge of making presentations to educate potential investors and research analysts on GoTo’s businesses. On the day of GoTo’s debut on the IDX, Darren was struck with a wave of nostalgia, “It is a rare coincidence that I had visited multiple IDX-listed companies seven years ago during my last semester in SMU, when I was the Teaching Assistant to Professor of Accounting Low Aik Meng (currently retired) in the Indonesia Accounting Study Mission. My journey has come a full circle indeed.” 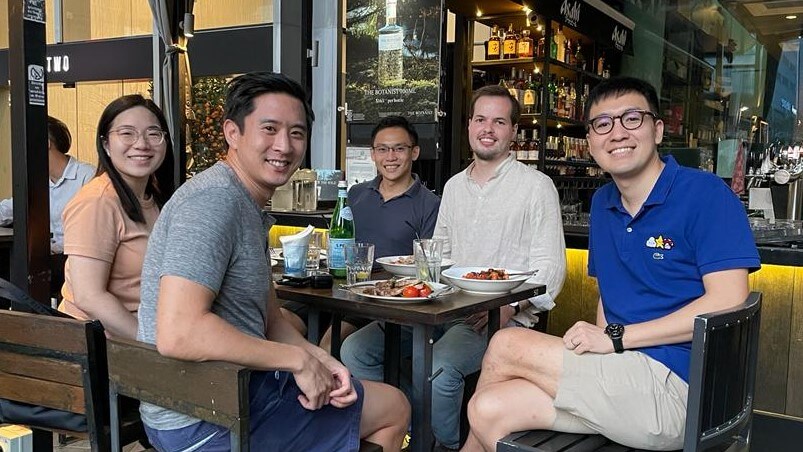 As Chief of Staff in the Group CFO office of GoTo, which was recognised as one of the TIME100 Most Influential Companies of 2022, and having assisted in the successful debut of GoTo’s IPO, Darren is quite arguably at the pinnacle of his career. However, he offers a different perspective, “Having completed this significant milestone in my career, I feel that I have developed a wide array of skills and have decided to look for a new challenge – I will be moving back to investment banking in May 2022.”

Looks like Darren’s reset is in progress, yet again.

Progress beyond mere numbers into professional excellence at the SMU School of Accountancy. Accept your SMU offer now! Acceptance closes 24 May 2022.