Reflections from Kidleidoscope: These Kids Taught Me to Stick to My Dream 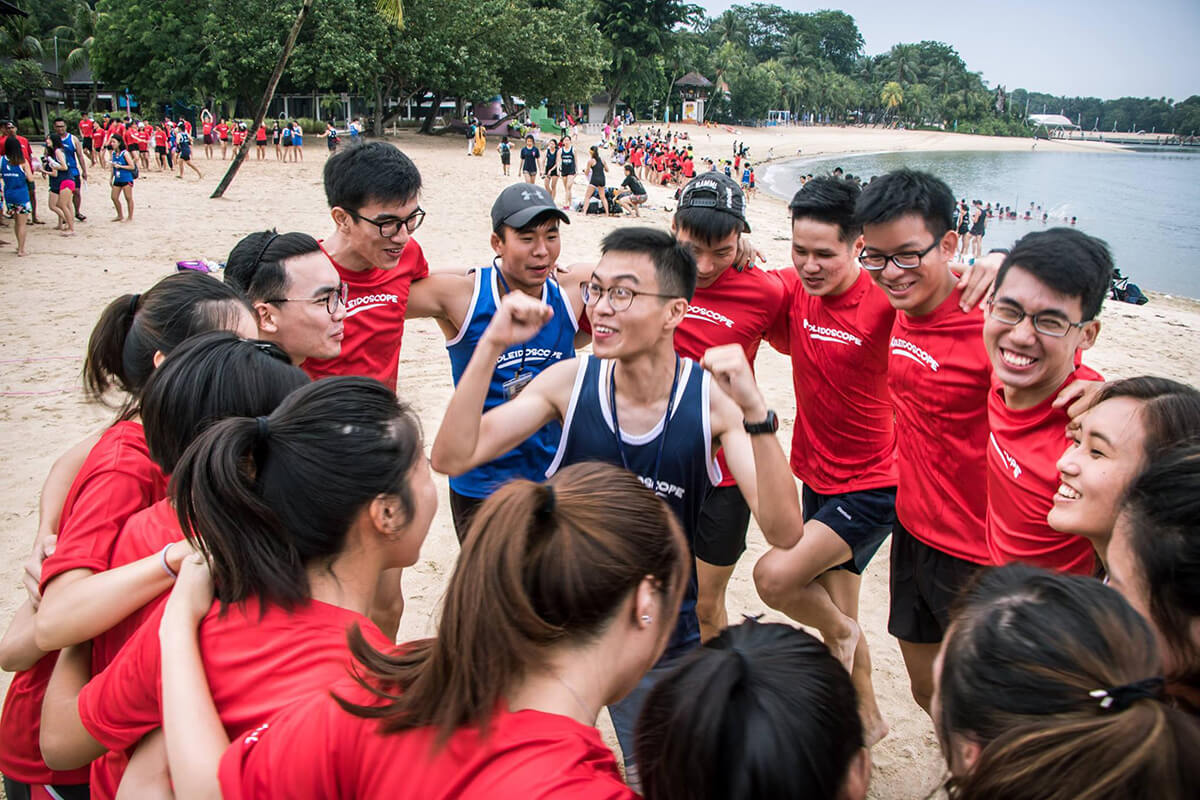 Initiated by a group of SMU students in 2013, Kidleidoscope is a local community service project initiated to inspire disadvantaged children to pursue their dreams by instilling confidence in them through fun and interactive activities facilitated by our student volunteers. In this write-up, first year student Nicholas Fu shares his personal reflection on joining the Kidleidoscope family.

I had initially joined Kidleidoscope based on recommendations by my senior peers. As I had never participated in community service projects involving young children before, I thought this would give me good exposure to a different area of service.

During my first beneficiary engagement session at Bethel Kinderlites, I was tasked to interact with a girl from a Kindergarten 1 class. I was a little worried as I was unsure of what to expect or do. The little girl was very shy at first and didn’t dare speak to me or my peers. But as we started working on a tie-dye T-shirt together, she slowly opened up. Eventually, she became comfortable and invited me to play games with her.

One of the funniest moments was when she and a few other kids declared that at my ripe old age of 22 (which I was then), I should already have a girlfriend. When I told them that I did not have one yet, they proceeded to “delegate” one to me from among the other volunteers who were there. Luckily this “chosen” fellow volunteer knew none the better about this assigned ‘betrothal’ or it would surely have been awkward.

The activities organised was a perfect platform for the children to warm up. Before long, we found the kids going about their usual selves—being chatty, lively and playful. Some of them even shared with me their dreams and ambitions in their enviable childlike, unadulterated fashion.

Through this and the other beneficiary engagements I was involved in, I bonded with a few of the children and over time realised that instead of me “teaching” the kids—as what I thought would definitely be the case—I found myself enriched by them instead. I got to know some kids on a deeper level, and learnt how to properly communicate with them. These children gushed about their dreams fearlessly, untainted by self-defeating thoughts of “what-if’s” or “maybe not’s” that slowly gnaw at our confidence as we grow older. The experience with them encouraged me to persevere and hold tight to my own dream of becoming a successful a lawyer.

Furthermore, I’ve made new friends from the University. Some of which have become close buddies who have supported me tremendously this past year—be it academic help, providing advice on other student-life related stuff, or just being there for me. I dare say that I have gained and grown in many aspects just from my involvement in Kidleidoscope. So much so that I decided to be part of the organising committee for this year’s Kidleidoscope.

I hope that as part of this year’s Kidleidoscope organising team, I can play a worthwhile role in this project and help enrich the student lives of my younger peers.

What Are the Obstacles in Getting Singaporean SMEs to Go Overseas?
Driving an Effective Data-ready Culture: How Companies Can Take on a Data-driven Approach to Business (MITB Thought Leadership Series)