From the Eyes of Our Beneficiaries: Fond Memories From StarringSMU 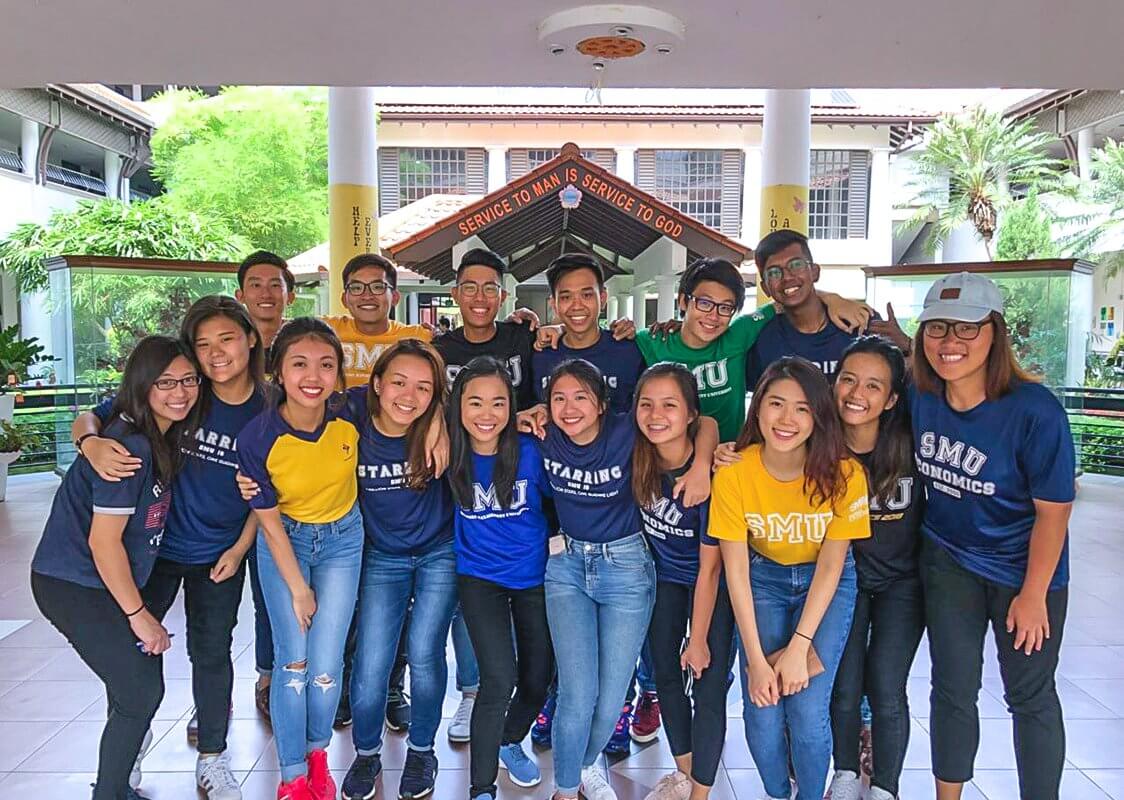 Started in 2007, starringSMU is the largest and longest-running student-led community service project in SMU. Its volunteers organise various activities on an annual basis to engage with children and the elderly from various beneficiaries in Singapore. starringSMU has, to date, impacted more than 10,000 individuals in the community. In this blog post, we hear from undergraduate Lee Jin Pin on how finding starringSMU in her freshman year has impacted her thus far.

I was definitely spoilt for choice even before I officially entered SMU—from the perspective of freshmen orientation camps, that is.

A friend had convinced me to join a community service orientation camp called “starringSMU”. I joined it without much expectations, thinking that it would be like any other typical school camp—one filled with fun and games, with potentially a chance to make lots of “happening” new friends, of course.

But the camp turned out to be much more than that, which was a pleasant and rewarding surprise for me. The three-day orientation programme was not just enjoyable, but thoroughly meaningful. There were many activities, but all these had their own special significance.

Through creative games that involved the use of blindfolds, we experienced the struggle of individuals with visual impairment. We also played games where we had to learn phrases in different languages and dialects, which would later facilitate our communication with elderly beneficiaries.

My group volunteered at Sunshine Welfare Action Mission (SWAMI) Home and Mountbatten Vocational School. Both centres provided us with diverse experiences. At SWAMI, we interacted with the elderly through group exercises and assisted them during meal times because some of them were too weak to feed themselves. We also had the opportunity to talk and listen to their personal stories—many of which left me with indelible impressions of their varied and colourful life journeys.

Though short, the time spent with them taught me something quite invaluable. It made me realise that all many of the elderly folk really wanted was just someone to talk to. As younger individuals, we often take these everyday interactions for granted. But to others whose lives are confined to simple, mundane activities, these occasions can mean so much more.

At Mountbatten Vocational School, we celebrated Racial Harmony Day with the children there. We helped set up and man activity booths like henna painting, arts and craft, and five stones to let the children experience different cultural practices and childhood games. I was a little worried at first how our interaction session would turn out, but the children’s warmth and sincerity erased my initial fears. I realised that I just needed to be myself and not worry so much. By the end of the day, we were having so much fun, and were we really sad to have to leave. 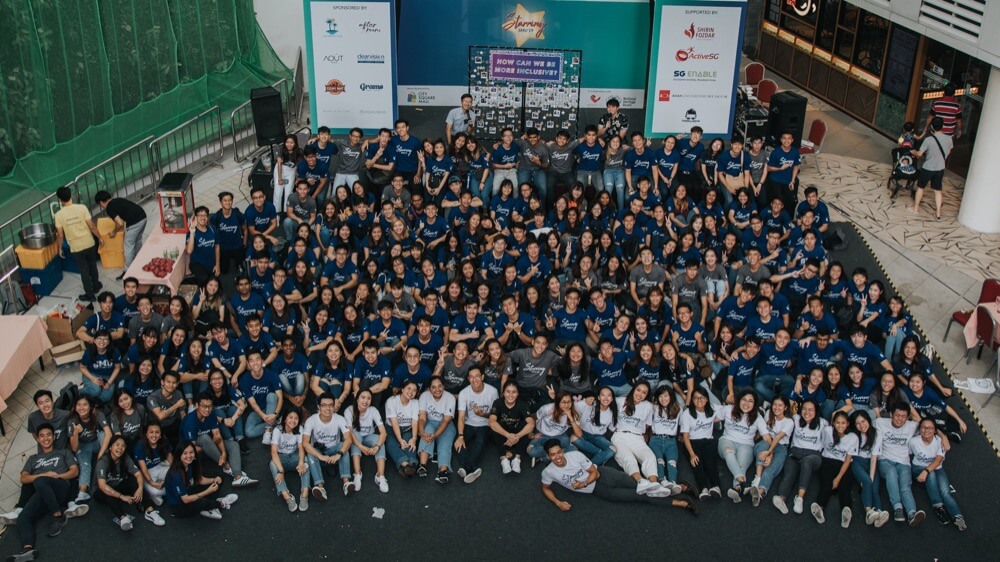 starringSMU concluded the year’s line-up of activities in July 2019 with a finale item, Ciesta, a carnival-like event of games and various arts and craft booths where beneficiaries and freshmen had a chance to come together and mark the end of our camp. I was glad to see familiar faces from the Mountbatten Vocational School. We played games and made tie-dyed t-shirts together at the booths.

Games aside, starringSMU has given me the chance to understand these kids on a more intimate level, allowing me insight into their world as they shared with us their daily struggles, as well as achievements. One major takeaway I got from this experience is to always be grateful for the circumstances we are in, whether good or bad, as there will always be lessons hidden within them.

The experiences and people I encountered at starringSMU left me with many fond memories. In fact, I was so touched by the many interactions and friends I made that I’m determined to experience this again but from a different perspective. I’ve decided to join starringSMU as part of the organising committee, so that I can help put together events that may open eyes—and more importantly, hearts—of the next batch of freshmen, just like how mine was.

Decentralise Me (MITB Thought Leadership Series)
From Fiction to Finance