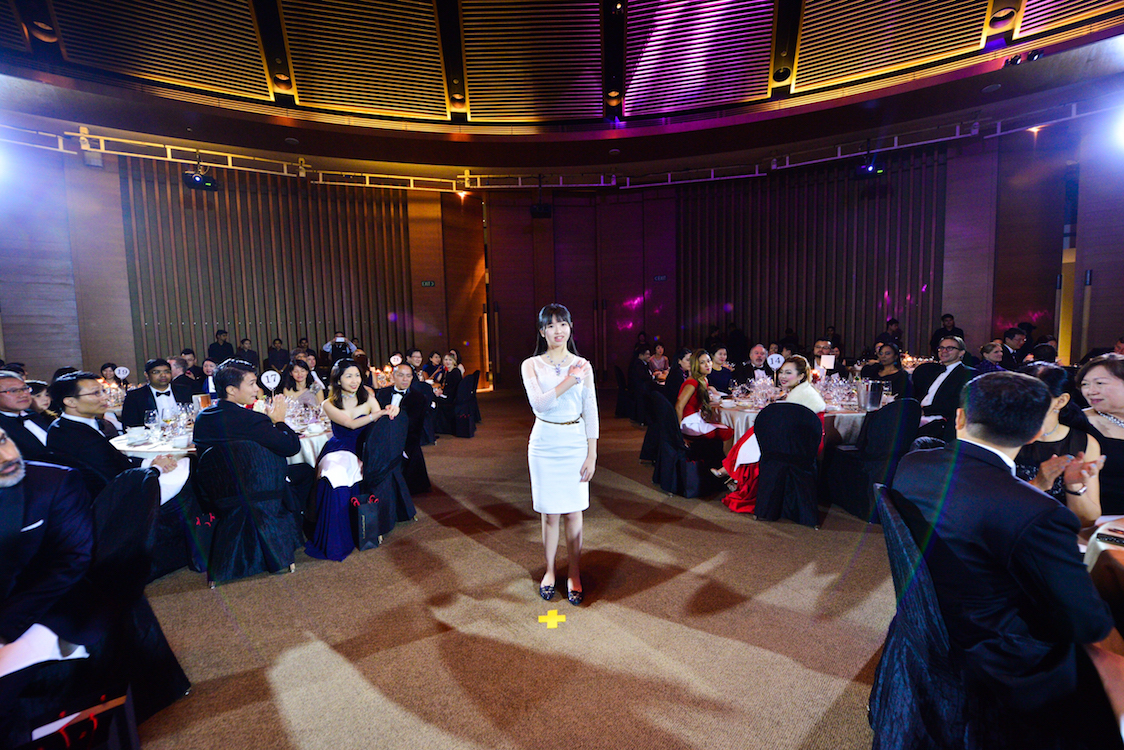 SMU School of Law undergrad Venezia Wee has made the dean’s list and interned at six top law firms, all while running her own international social movement.

Although this International Baccalaureate (IB) grad has returned to Singapore for her undergraduate studies, it was while she was at school in her adoptive city of Shanghai that she realised that the world faces a mounting challenge in the supply of clean water.

“To be frank,” she says, “when I was young I used water like nobody’s business.” That changed six years ago when she read an article about the global water crisis, and discovered that one in every four people in China lacks access to safe drinking water. Despite having lived in Shanghai for more than 18 years, she had never realised that the issue was right on her doorstep.

Awareness of the sheer scale of the problem is low, Venezia says. Around the world, one in every eight people lacks access to safe potable water, and a child dies on average every 15 seconds from water-related illnesses. 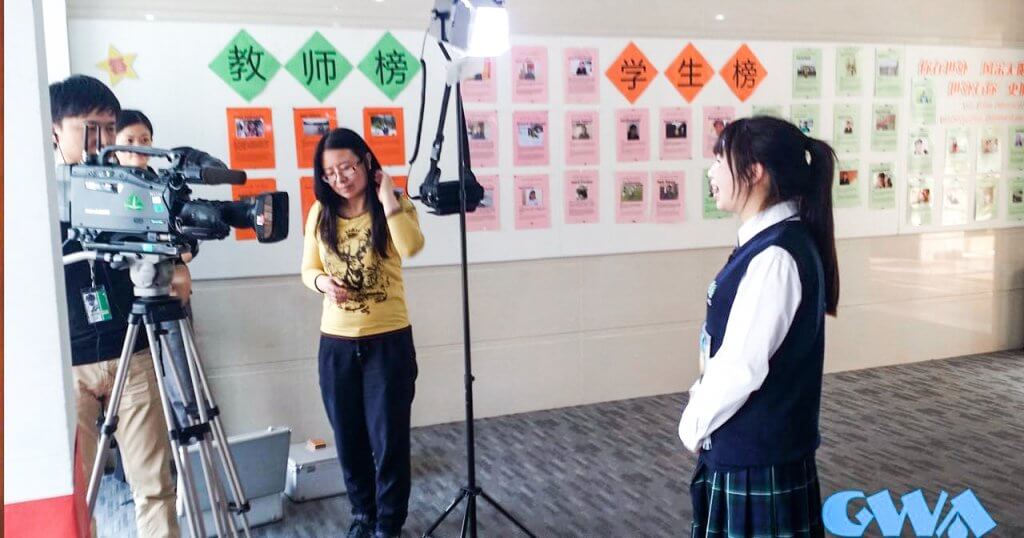 “We are ‘contributing’ to the global water-crisis without actually realising that we are the cause of it. Action is exactly what we need now and advocating awareness is the first vital step to move things forward,” she says.

She began with her high school’s learning community. Using funding from her academic scholarship awards, she set up an exhibition of 140 self-designed posters.

“When I knew that some of my peers had started to conserve water in the school premises, this actually motivated me to do more and advocate the awareness to other schools in Shanghai and other cities in China,” she says. That effort snowballed into the Global Water Crisis Awareness (GWA) movement, through which Venezia has delivered seminars and organised fundraising events in 11 cities across five countries.

By building awareness and partnerships, Venezia was able to leverage the relatively small amount of funding she had available to raise money for projects around the world.

“If I were to donate all my scholarship awards, perhaps I could only help one water project, say in China, Africa or India. I thought that if I could use my awards and create a regional platform to advocate the awareness and solicit more funds for the dehydrated victims, it would be more meaningful and impactful. In this aspect, I’m glad that we’re able to finance more than nine water projects in Asia, Latin America and Africa via this platform,” she says.

Along with her partners, she co-founded a licensed business in China to pool foreign investment and invest in water infrastructure in rural areas, raising nearly SGD 1 million. 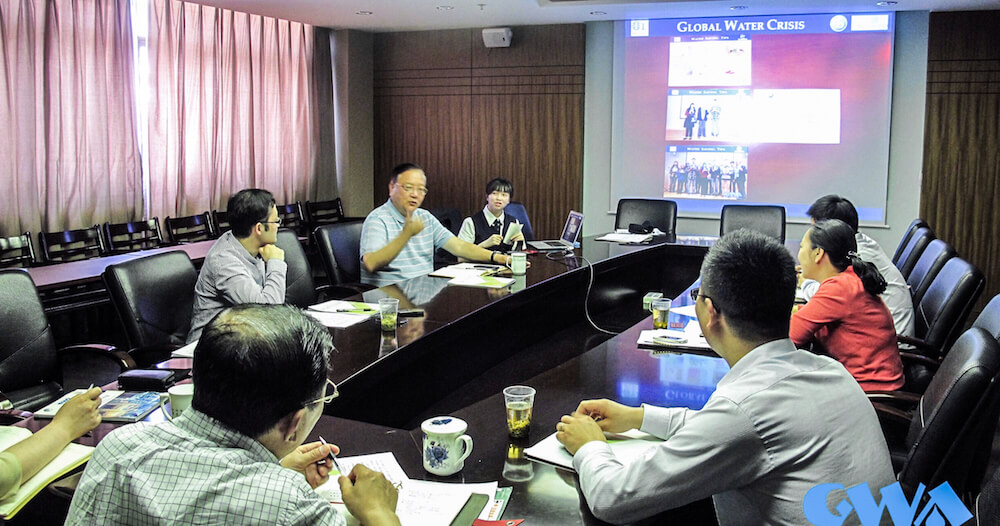 As a young activist, building credibility was difficult, Venezia admits. It took a year before people started to take her seriously, she says, and “accepting rejections soon became a norm.” However, her perseverance started to pay off, and she began to receive recognition, in the form of invitations to appear at events, such as the China Low Carbon Day Expo and the Shanghai International Education Form, and in television and radio documentaries. In 2016, she was named as one of 10 inspirational women in law by the Singapore Corporate Counsel Association.

It is difficult to convince young people to become involved in social issues, but Venezia says that people tend to engage best when the water crisis is put in context. In San Jose, audiences wanted to know about how to alleviate their perennial droughts. In Seoul, people were interested in ‘invisible water’ contained in food and food waste; while in Hong Kong, people wanted to know how to do their bit on an individual level.

In Singapore, citizens do often take water for granted. “Just like how we take peace for granted here in Singapore, we’ve been taking water for granted for many years and it is probably time to revisit this notion,” Venezia says. “I sincerely hope that the recent price increase in water conveys a stern message across the nation—honestly, it’s more about cultivating good habits of conserving water on a daily basis, though bad habits are probably even harder to change.” 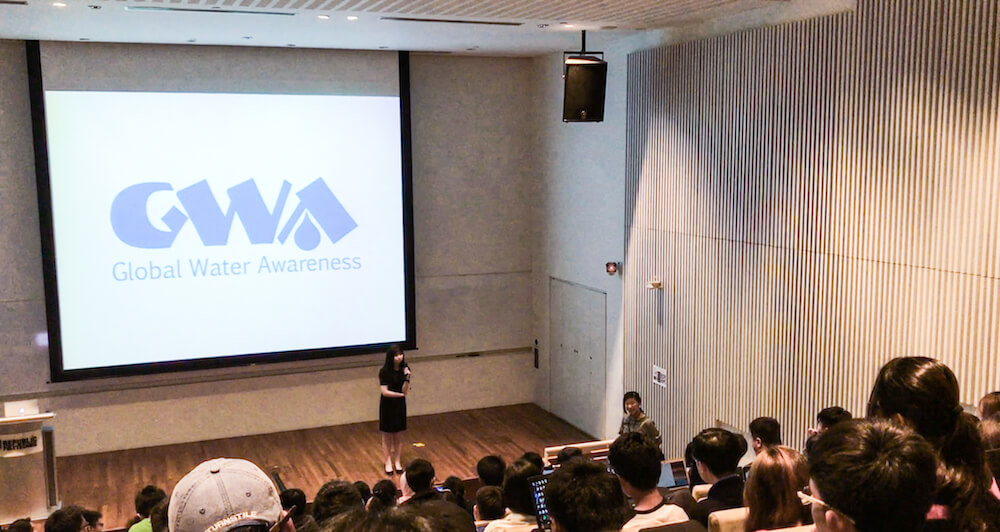 People also need to be inspired by the results of social causes. “I think young people would be less deterred from taking up social causes if they realise what they do are actually profoundly meaningful,” she says. “When I realised that the fund raised could actually benefit more than 3,000 lives, everything became so meaningful to me.”

It has also benefitted her professional development, she said, honing her interpersonal and cross-cultural communication skills.

Once she joins the law full time, Venezia expects that she will scale back her involvement in GWA, and is now actively looking for a successor.

“One of the reasons why I chose to read law is that I see lawyers as advocates. What I’ve been doing over the last six years is to advocate awareness of the global water crisis to the general public, particularly to the younger generations,” she says.

“When I first started, I didn’t know that I’d continue for the last six years. I’m not sure how much longer I’ll be running GWA, but there is one thing I’m sure—every little step counts and someone out there will benefit from our acts.”

Keen to take the next step with SMU? Find out more about the SMU Bachelor of Laws programme today.