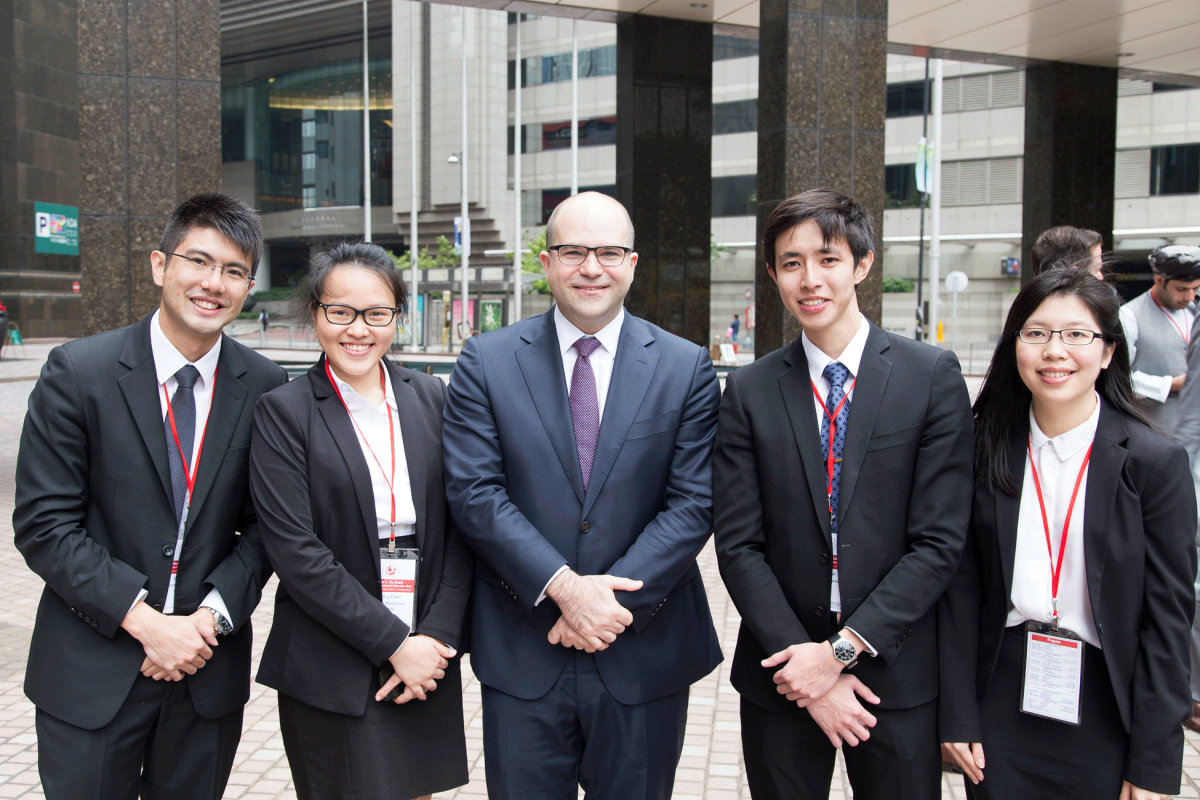 In this series of posts, our student Eden Li provides a rare glimpse behind the scenes of SMU School of Law’s prestigious international moot court programme. Follow Eden on her team’s journey to victory at the Willem C. Vis (East) International Commercial Arbitration Moot 2015.

What is a moot?

If you’ve never heard of a “moot” before, you might think that it sounds rather innocuous. But in reality, a moot is one of the most challenging experiences that law school offers.

In a moot competition, students are given a hypothetical case ranging from anything between four to 70 pages. Then, acting as legal counsel to their (hypothetical) clients, the participants prepare written submissions and make their oral arguments before a panel of judges.

An international moot presents a unique opportunity to compete against teams from all around the world. So in my third year of law school, I chose International Moots 1 and 2 as my law electives for the first and second semesters respectively. These electives are typically only selected by those who already are interested in mooting, and want to represent SMU and Singapore in international moots.

After an intensive selection phase that took place over the first few weeks of the first semester, I was selected, out of a pool of 34, to compete in the second and third largest moots in the world: the Willem C. Vis and Vis East International Arbitration Moots.

The intense preparation process, in brief

Unlike previous years where there were separate Vis and Vis East teams from the start, we functioned as a combined team of eight. Four of my teammates – Bethel, Jerald, Jun Hong and Nicolette – I had previously worked with for the Asia Cup Moot, which we had won just a few months prior in August 2014. We were joined by three new teammates – Alvin, Grace and Jason, who had all previously represented SMU in other international moots. 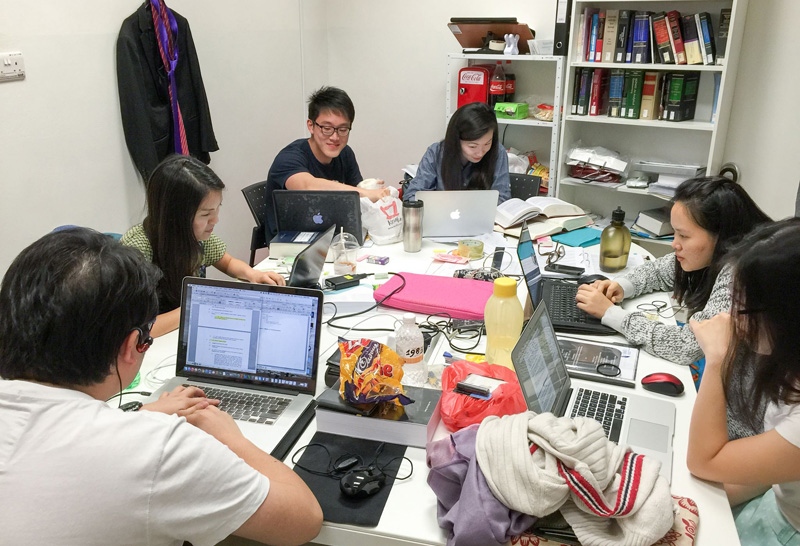 Although we were strangers at the start, over the next eight months we would become deeply familiar with each other’s working styles and idiosyncrasies. We even managed to turn some of those to our advantage: one of my teammates, Jason, works best in the wee hours of the morning. That complemented Bethel, an early riser, very well. So pairing them to work together meant that we could literally work around the clock!

Our work started in September 2014 with the release of the moot problem. In a span of just four months, we had to master areas of law that were completely foreign to us, and produce at least four draft submissions. We were fortunate to receive lots of guidance from our coaches: Lionel, a partner at WongPartnership; and Shaun and Deya, both alumni from the SMU international moots programme. Together with Professor Chen Siyuan, they reviewed our drafts and helped refine our arguments.

It was definitely a tough time for all of us. I remember one draft being due on the Saturday of Week 14, just two days before our exams. Despite the stress and time pressure that we were under, it was really heartening to see the team still come together from 9am to 9pm just to make sure that our draft was up to standard. 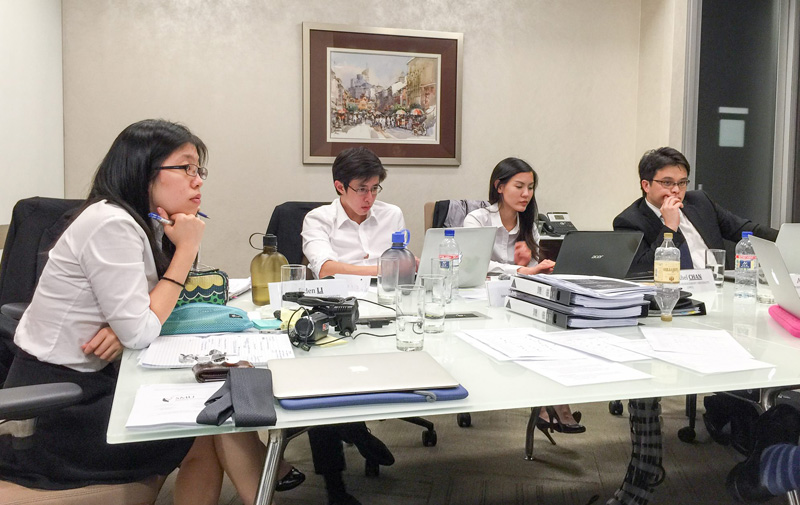 Debriefs were held after each practice round, such as this one at Rajah & Tann’s office.

All in all, our effort over 4 months culminated in almost 250 pages worth of work. After we submitted them in January 2015, it was time to move on to preparation for the oral arguments. We had practice rounds twice, sometimes thrice a week, from Week 4 all the way to Week 9. Our guest judges were typically alumni of the SMU international moots programme, but we also got to moot in front of partners from firms like WongPartnership and Rajah & Tann. Although it was exhausting to go through a full day of lessons and still have practice rounds at night, the constant flow of feedback was essential to helping each of us improve our form and our arguments.

Stepping out of the comfort zone

When the team split and the speaker arrangements were released, I found that I would be headed to the Vis East in Hong Kong together with Jason, Jerald and Nicolette. I would also be speaking for both the Claimant and the Respondent. Depending on which role I was playing in that particular round, I would have to argue either for or against that proposition. This essentially required me to be familiar with twice as much material as compared to a person who specialised in either role! Initially, I wasn’t sure if I could argue both sides with equal fervour. But the regular practice rounds helped to ease me into my role, and my confidence grew.

Moot Shanghai proved to be a valuable experience for the team to gain exposure to the different mooting styles from various other countries.

Eventually, Week 10 rolled around and it was time for us to head to Shanghai for a pre-moot while the rest of the university laboured over projects and presentations. Although we didn’t progress far, it was a great learning experience since it was our first exposure to international tribunals. We also took the opportunity to watch teams from other countries. This was extremely beneficial to us because we had only ever mooted against each other within the team and had gotten used to the “Singaporean style”. It was fascinating to observe the mooting styles of these foreign teams, and learn from their use of expressive language and vivid imagery to bring across their points.

All in all, the pre-moot helped us in preparation for the next challenge: right after the pre-moot, we would get on a plane to Hong Kong for the Vis East itself.

Part 2 of this series can be found here.
Find out more about SMU’s international moot court programme here.

One thought on “My international moot experience at Vis (East) 2015: Part 1”

My international moot experience at Vis (East) 2015: Part 2
All about being a gym instructor