Summer Stories 2015: My road to becoming a music artiste 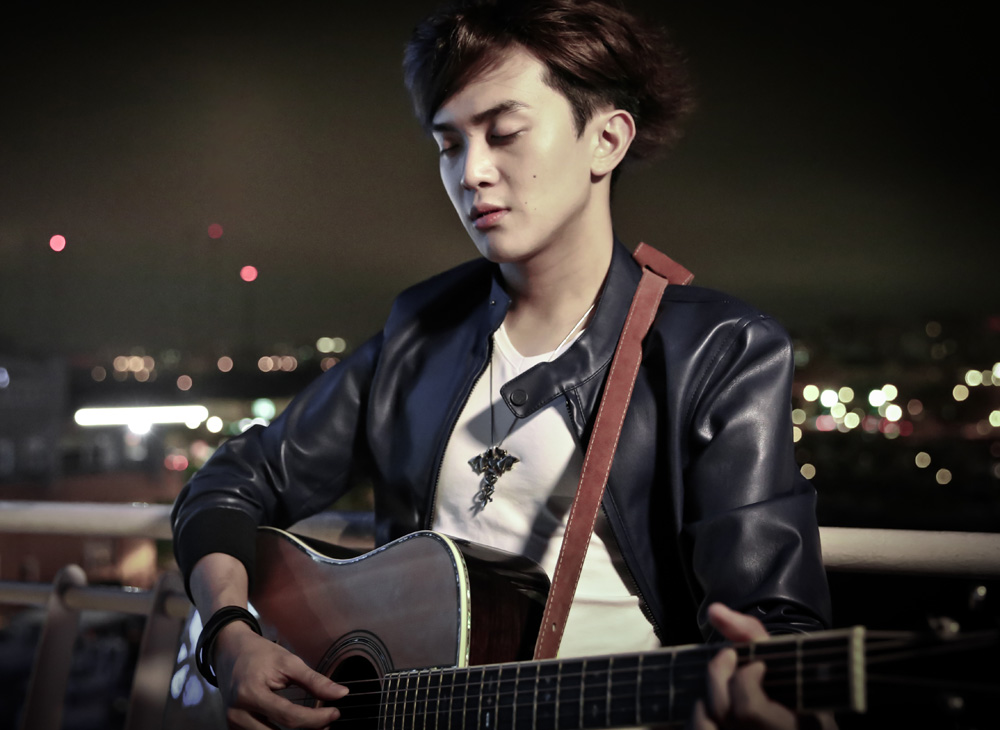 The summer of 2015 was a hectic yet fulfilling journey. While my peers were busy with their internships, I was running around balancing multiple responsibilites: my role as the 11th president of BONDUE (the SMU Business Society), the running of my own company GoldOnline Pte Ltd, and most importantly, pursuing my dream of being a music artiste.

I spent a big part of the summer working on my mini album, as well as my first single which is slated for release in September. This project is one that holds great personal significance – it is a little-known fact, even among my close friends, that I was born tone-deaf.

I had very little musical inclination as a child. Although I started playing the guzheng (Chinese zither) when I was six years old, tone and pitch never made any sense to me. Over time, I managed to compensate for these drawbacks with hard work and determination: I earned a Diploma with Distinction in guzheng, played a solo concerto, and even received an opportunity to study music at the Tianjin Conservatory of Music, China. However, my parents strongly felt that I should pursue my university education in Singapore instead, which is how I came to SMU.

In 2010, I semi-retired from playing in an orchestra, and in the same year I chanced upon a Taiwanese variety singing competition named 超级星光大道. It was this convergence of events that first attracted me to Chinese pop music culture. I started signing myself up for singing workshops and competitions to gain exposure, a journey not without setbacks; on one painfully memorable occasion, I was asked to exit the stage midway through a performance at a community centre by a heckling member of the audience. The experience was a humiliating one that made me even more determined to solve my tone-deafness. 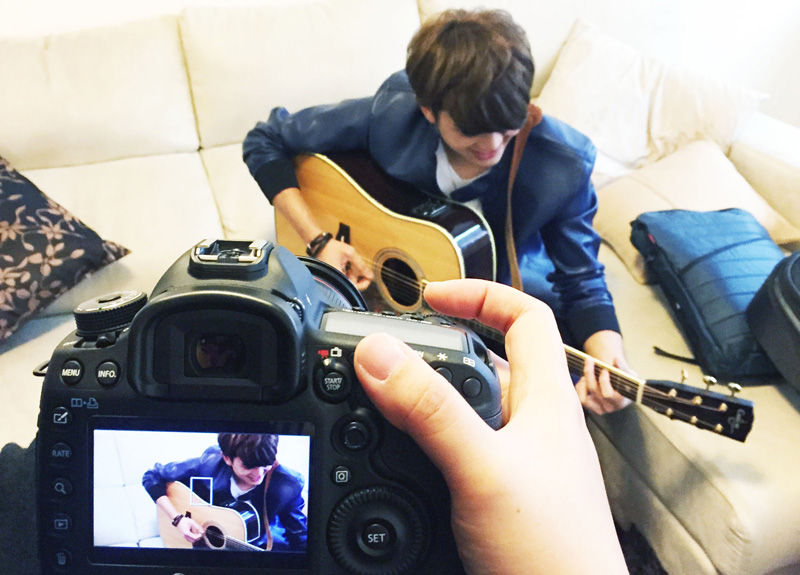 Originally trained in the guzheng, Hubert played the guitar and sang at various venues to build up his exposure to the world of Chinese pop music.

I first started vocals and artiste development training under the tutelage of renowned local singer-songwriter Li Fei Hui黎沸揮老师, and took up a songwriting course shortly after. Next came two years of intensive songwriting while performing at live bars to gain more exposure, after which I began production for my mini album.

The initial few recording sessions were disastrous. I fumbled all over my guitar and sang the wrong lyrics. Being an amateur in the recording booth, I was overly conscious about everything I did: the way I stood, the way I breathed, etc. It took me six recording sessions (of at least five hours each) just to complete my first single.

Through working with seasoned industry mentors Edric Hwang from Sync Studios and Jim Lim 林倛玉老师, I learnt a great deal during the production process of the mini album. Edric was more than just a producer, but also a mentor and a brother who was really patient with my inexperience in the recording booth. Recording sessions with Jim were extremely demanding, but yet fulfilling and and enriching. He shared with me his insights of various vocal techniques, and stories from his production experiences with local and regional artistes.

When I started pre-production for my own mini album, I was well aware of the time and energy that would be required for this effort. Concurrently, I had just begun my term as BONDUE’s 11th president, and was already facing a truckload of assignments and projects in school. With so much on my plate, I felt a considerable amount of pressure to achieve my goals without letting my grades slip or letting anyone down (such as my profs or my peers).

However, when I informed my Executive Committee team from BONDUE of my mini album production plans, I was pleasantly surprised and touched by their overwhelming support of my endeavour. For one of my recording sessions, I even engaged a handful of SMU students to be part of the production.

The encouragement that I received from SMU’s staff and faculty also demonstrated our university’s commitment to supporting us students in our passions. I was bowled over by personal heartfelt messages from Dean Gerry George, associate dean Prof Tom Estad, and Kenneth Tan from the Office of Student Life. Their enthusiastic support made me even more determined to keep up my grades and other school commitments during the course of my project.

During the recent summer break, I flew to Taiwan twice for the production of my music videos. I had the privilege of working with talented individuals such as Tracy Chin who directed and produced my music videos, as well as 陳曼青, a Taiwanese street-performer. 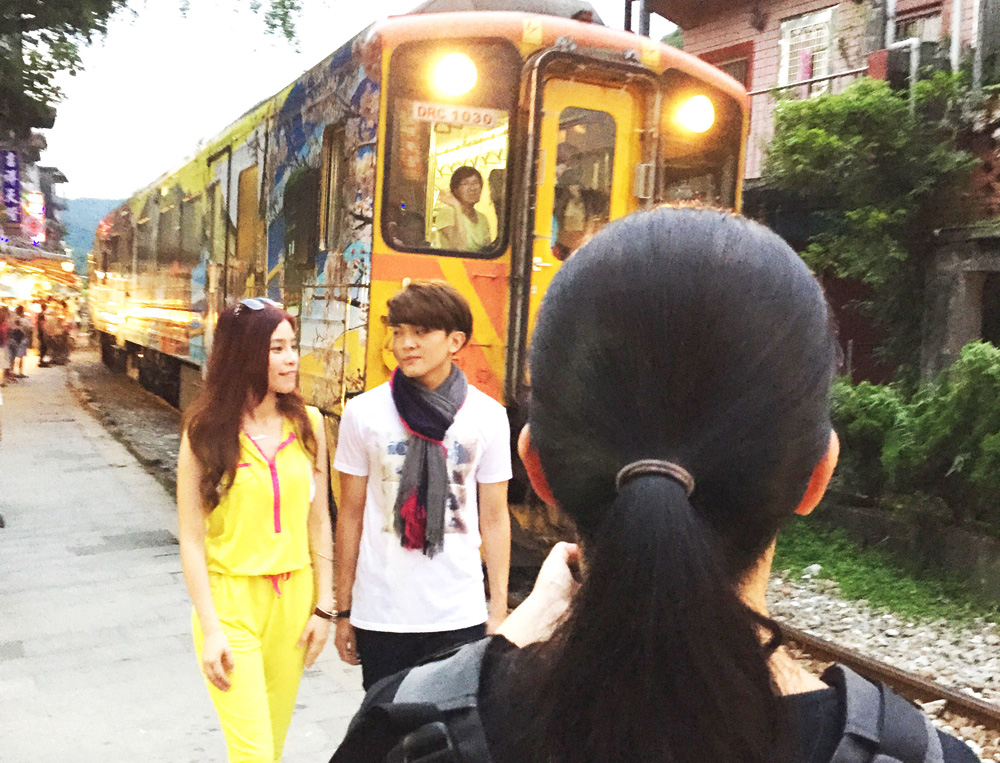 The whole music video experience was, in a word, daunting. As someone who is naturally camera-shy, I found it challenging to embrace the requirements of the music video shoots, such as: randomly breaking into a song in front of hundreds of people at scenic places, walking through crowds in eye-catching clothes. I also gained valuable first-hand insights from the real-time project management challenges that arose from unforeseen problems, which affected our original storyboard for the video.

Another outcome of my music video shoots was that I developed a deep appreciation for the Taiwanese culture and hospitality. Upon returning to Singapore, I immediately applied for an exchange programme to National Taiwan University in Taipei.

Besides my work on my mini album, I had an unforgetting three months of working alongside BONDUE’s organising committees for our various signature events: BONDUE Camp, Slightly Scarlet, Project Rookie and the BONDUE Business Forum. At the time of writing, some of these events have yet to take place, and it looks like the semester to come will be just as hectic as the summer that just passed! 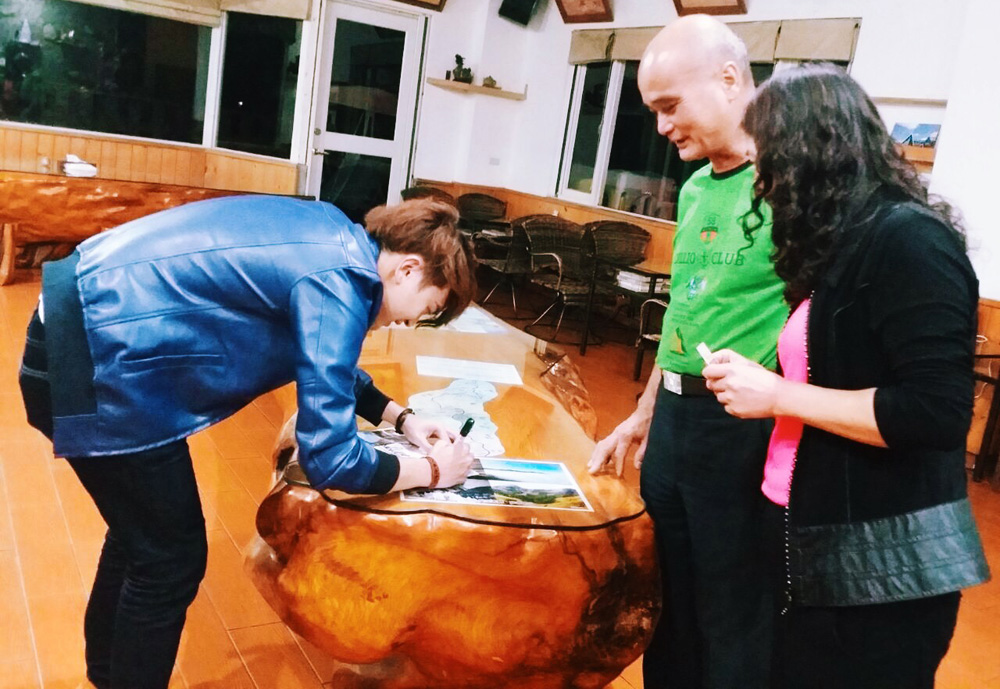 One of many gestures of hospitality which Hubert experienced in Taiwan: the hotel where he was staying organised and hosted an impromptu meet-and-greet session where he signed autographs.

Many of my peers took the opportunity to complete internships during this particular summer break, and have asked me whether it was worth it to miss a potential internship opportunity to serve BONDUE and pursue my own personal goals. It was most certainly worth it, as this past summer has definitely been one of the most fulfilling experiences of my life.

It was not a particularly easy or restful summer, but it turned out to be a really memorable and fulfilling adventure. I believe all of it wouldn’t be possible without the incredible backing and uplifting support from my BONDUE exco, family, friends who have been part of this amazing summer, as well as the various offices from SMU.

Hubert will be releasing his first single, titled 《放不开》, under his Chinese name 黄宇啠 on 17th September 2015. His self-titled mini album wil be launched on 7 November 2015 at Switch@Timbre. To find out more, follow him on Facebook or Instagram for updates.

2 thoughts on “Summer Stories 2015: My road to becoming a music artiste”

#AskASenior: When should I plan to do an internship?
#AskASenior: How should I choose an overseas community service project?