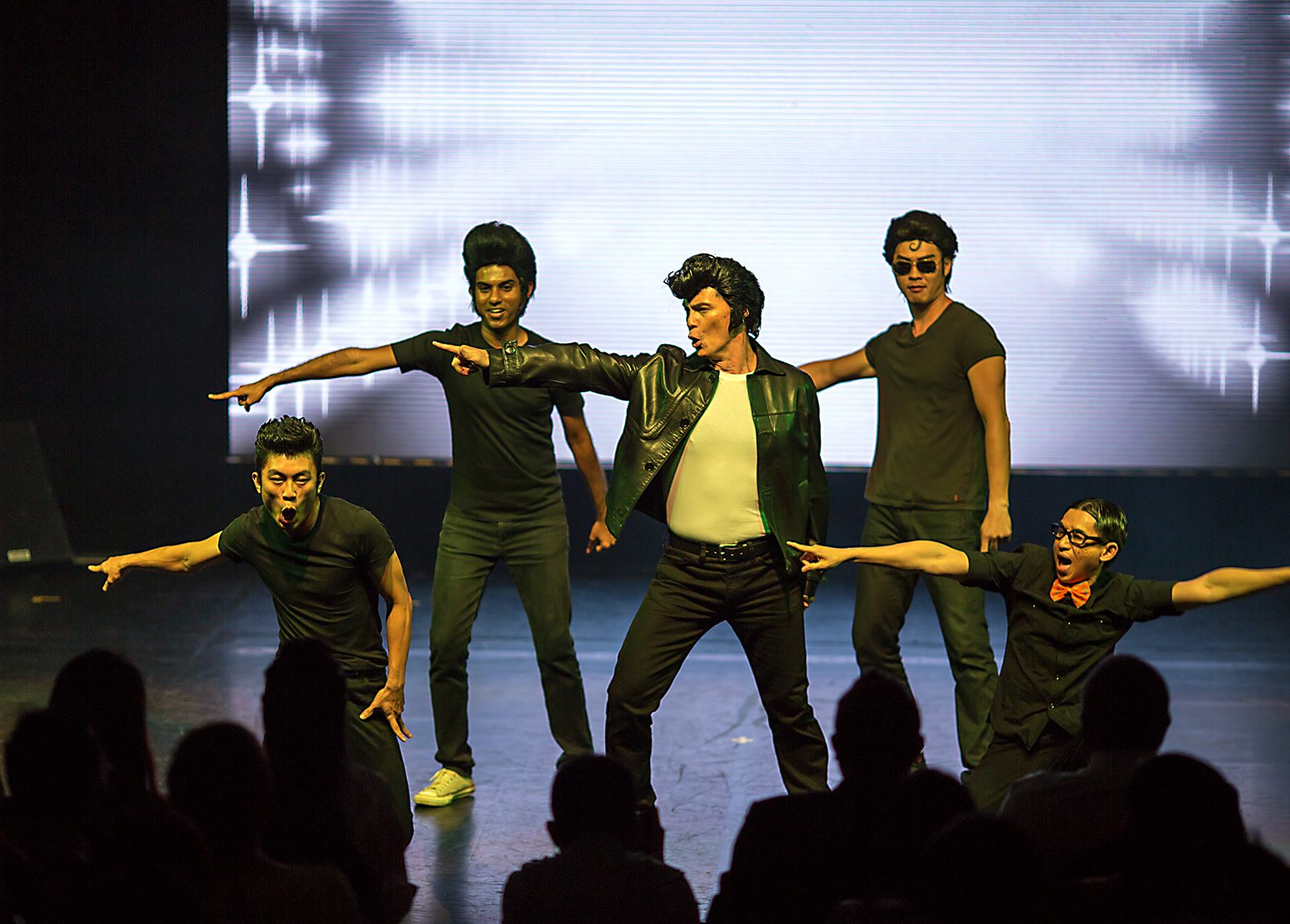 It was the typical routine for every performance: performers would cautiously take their places, being absolutely sure to stand squarely on their assigned markings. As the stage manager watches the movements of his performers like a hawk, he also casts furtive glances at Dr Bervyn Lee, Director of the SMU Office of Student Life (OSL) and Mr Jimmy Ye, OSL’s Deputy Director (Arts). The show team holds their collective breath as they wait for the approval of these two gentlemen. At the University Student Life Awards (USLA) held on 14 March 2014, however, the tables were turned! 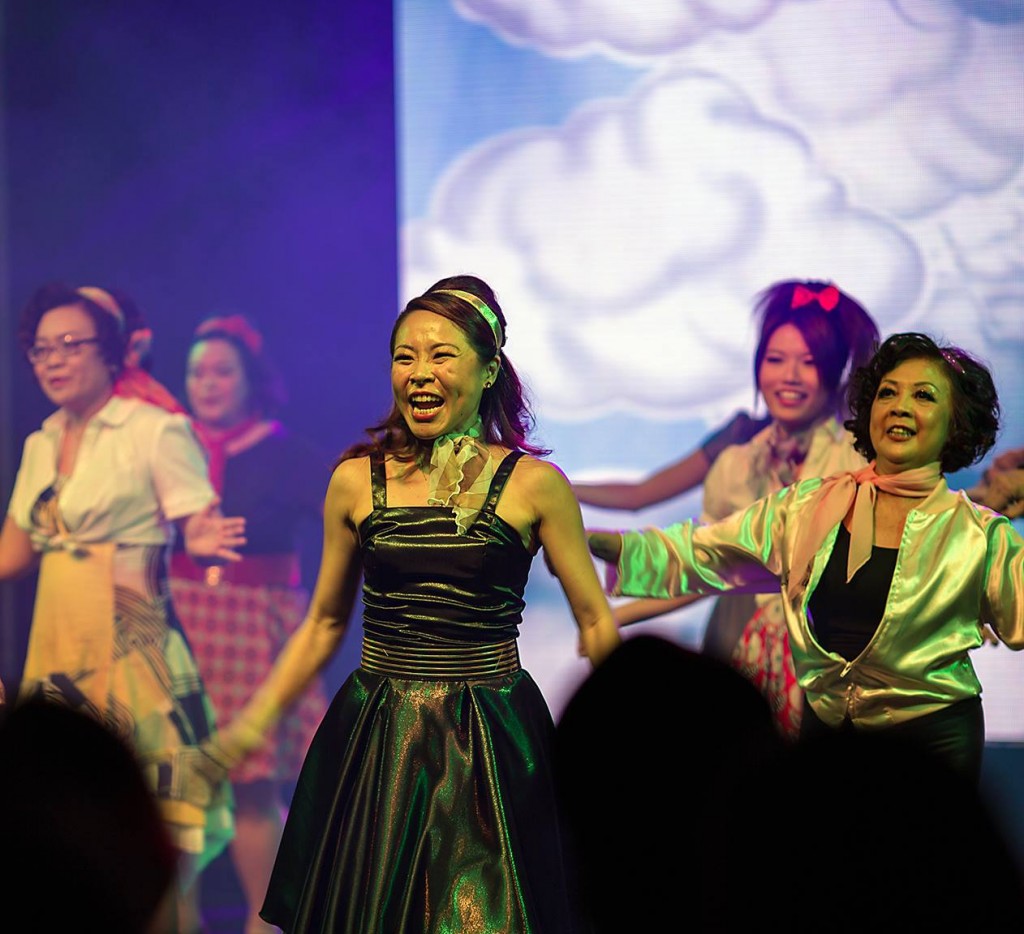 The performances at 2014 USLA were truly a sight to behold, and everyone had heaps of fun.

Professor Ong Siow Heng, Dean of Students, Dr Bervyn Lee and Mr Jimmy Ye took on the roles of emcee, dancer and stage manager—and together with a team of staff members from other SMU Offices such as Alumni Relations, Finance, Global Learning and Social Responsibility—they reproduced songs from the hit Broadway musical “Grease” to the rambunctious cheers of the audience. As emcees Professor Ong and Dr Lee poked fun at each other for missing stage-markings and struggling to flip the pages of the script, stage manager Mr Ye hurries on-stage to replace the large file containing the script with small and compact cue-cards, leaving the audience in fits of laughter. 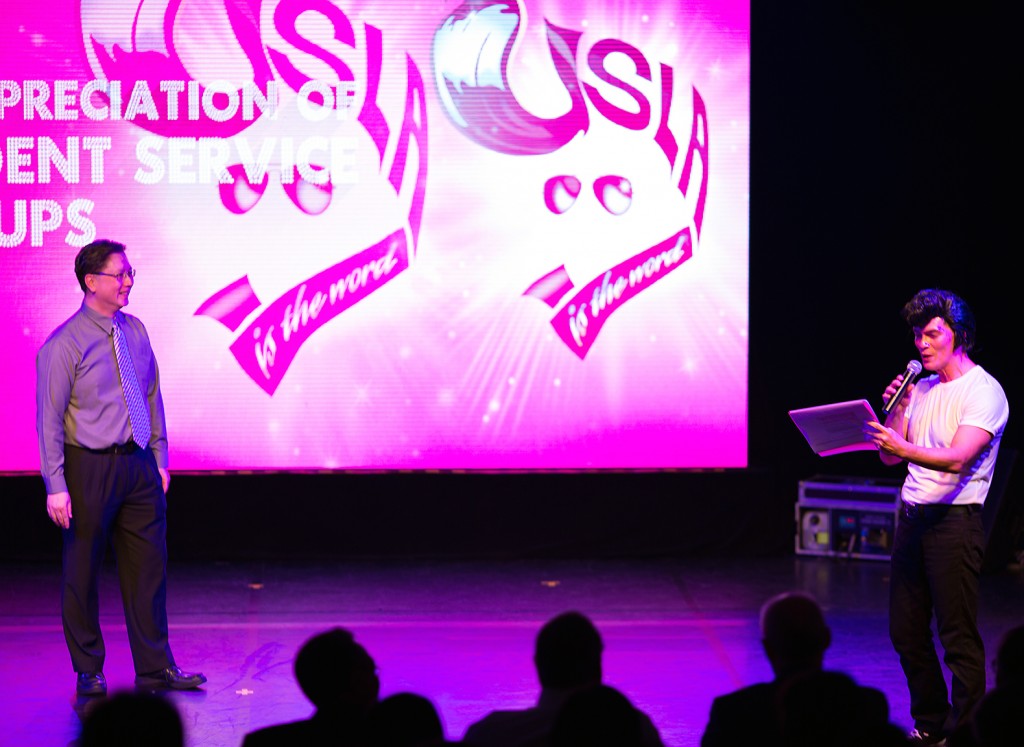 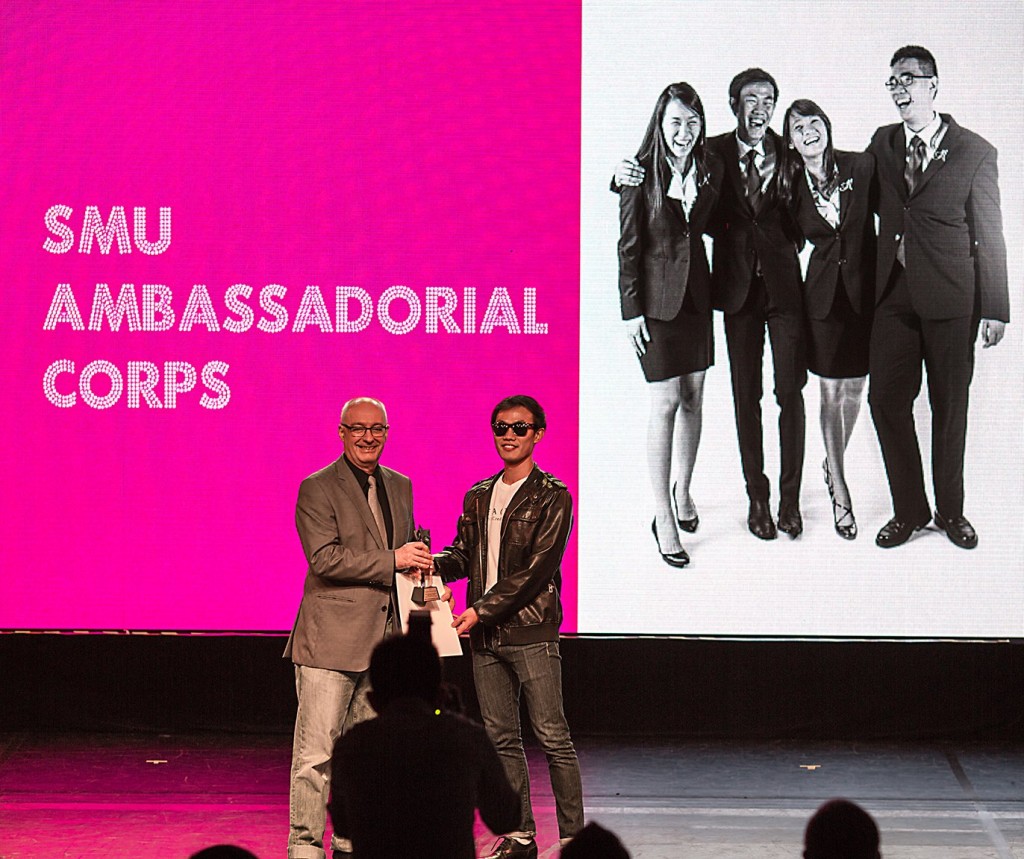 One of the many awards handed out at 2014 USLA in recognition of students’ tireless dedication to their CCAs.

These awards motivate students to strive for excellence outside of the classroom, as it is through participation in CCAs that students are equipped with essential skills for working life. Bronze award winner for the Arts, Ang Kun Rong shares: “As a freshmen, I started with smaller roles, like being a crew member for events. I gathered the relevant experience, and took on more responsibilities. As a sophomore, I was elected Vice-President of SMU Broadcast & Entertainment and I was the student Producer for Convocation! I am most grateful for having been given the opportunities to develop skills that will serve me well in my career.”

As the students hummed, tapped, clapped and sang along to moves, grooves and stunts of the dancers—including President Professor De Meyer, Dr Lee and their favourite office managers—this tradition of having the staff perform for the students is still fairly new. President Professor De Meyer explains: “At the USLA ceremony two years ago, the students were performing for us, at their own ceremony. I felt that was not right; it should be us, the staff, that gets together to produce something for the students to honour their contributions to the University.” 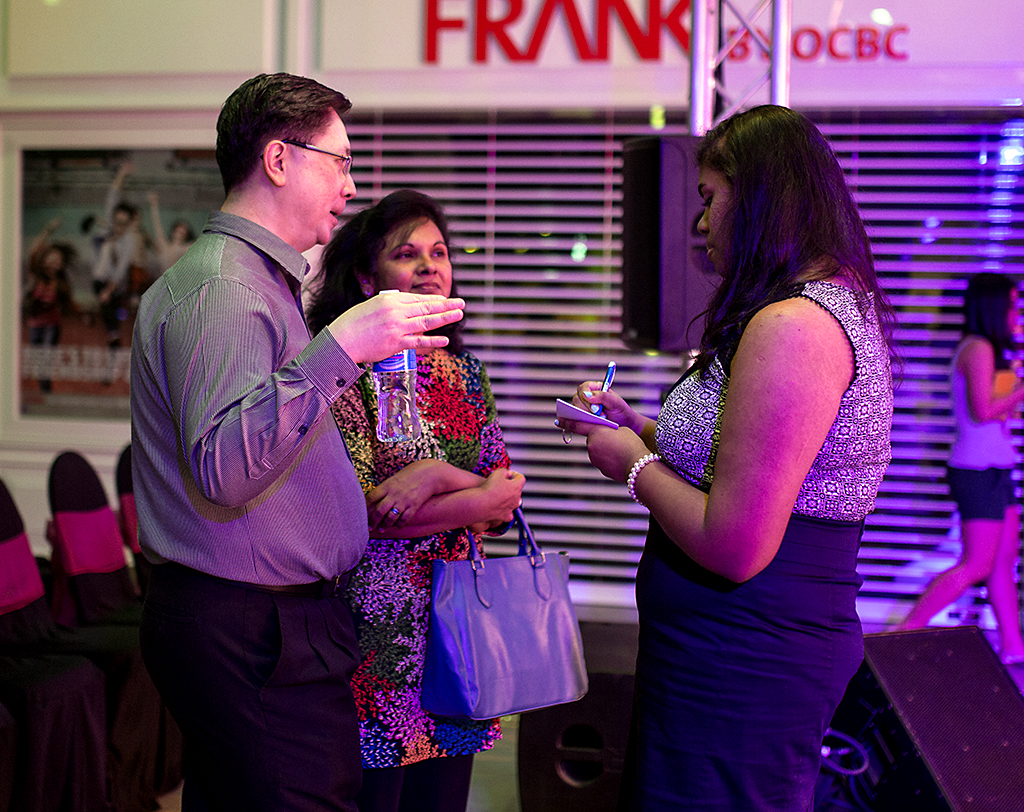 The author speaking to Professor Ong Siow Heng, Dean of Students, after the highly-successful event.

Preparations for the show commenced two weeks in advance. The show team spent every evening rehearsing, under the professional coaching of choreographer Aidil Amin. It is clear that this new tradition of performing for their students resonates with the rest of the staff. Professor Ong affirms this: “The past two weeks of preparations has made us appreciate the students so much more. They do this every night, every week, on top of their studies.” After-work rehearsals provided a meaningful experience that bonded staff members outside the office. On this, Dr Lee adds: “It was a firm reminder that what we do here, at all of the offices, is for the students. I am very privileged to be part of a team that shares the same motivation.” 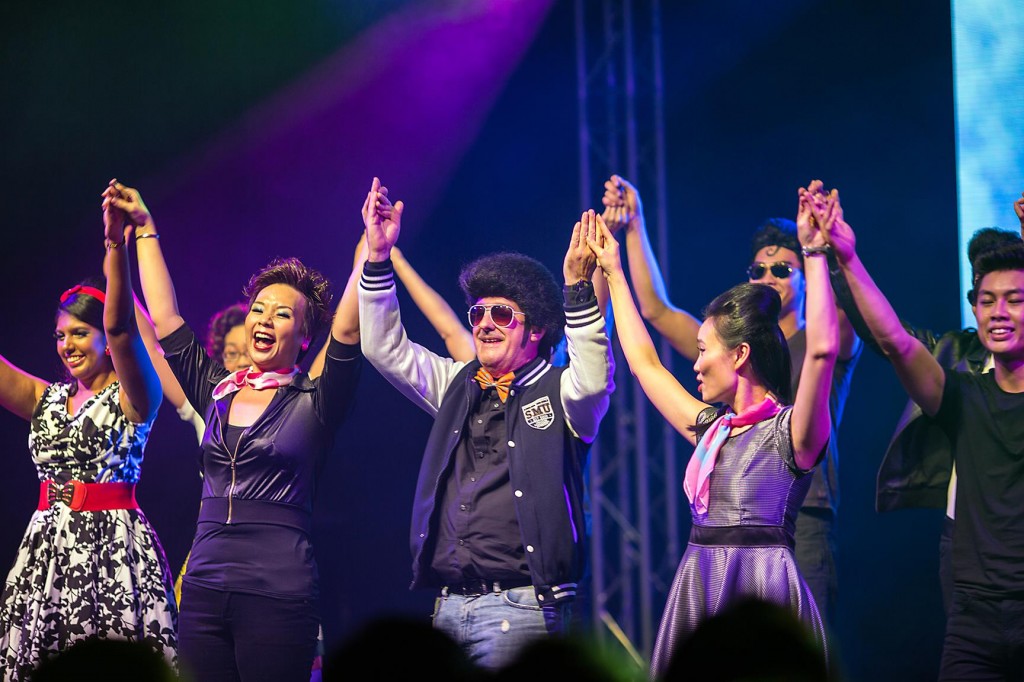 Performers at the 2014 USLA composed of SMU staff and faculty—including SMU President Professor Arnoud De Meyer—taking a bow to a standing ovation.

The extra hours put into preparation had clearly paid off, as the show team took their final bow to a standing ovation from the appreciative audience and to thunderous applause. The show was no doubt a success, but beneath the glitter, costumes and ‘grease’ lay a more important message, a message that Daniel Lee, winner of the inaugural President’s Award for SMU Excellence in Student Life, put very aptly in his moving acceptance speech: “What is most important is how we pass the baton, how we are going to groom successors who will continue to serve their CCAs as servants, with passion and sincerity.” 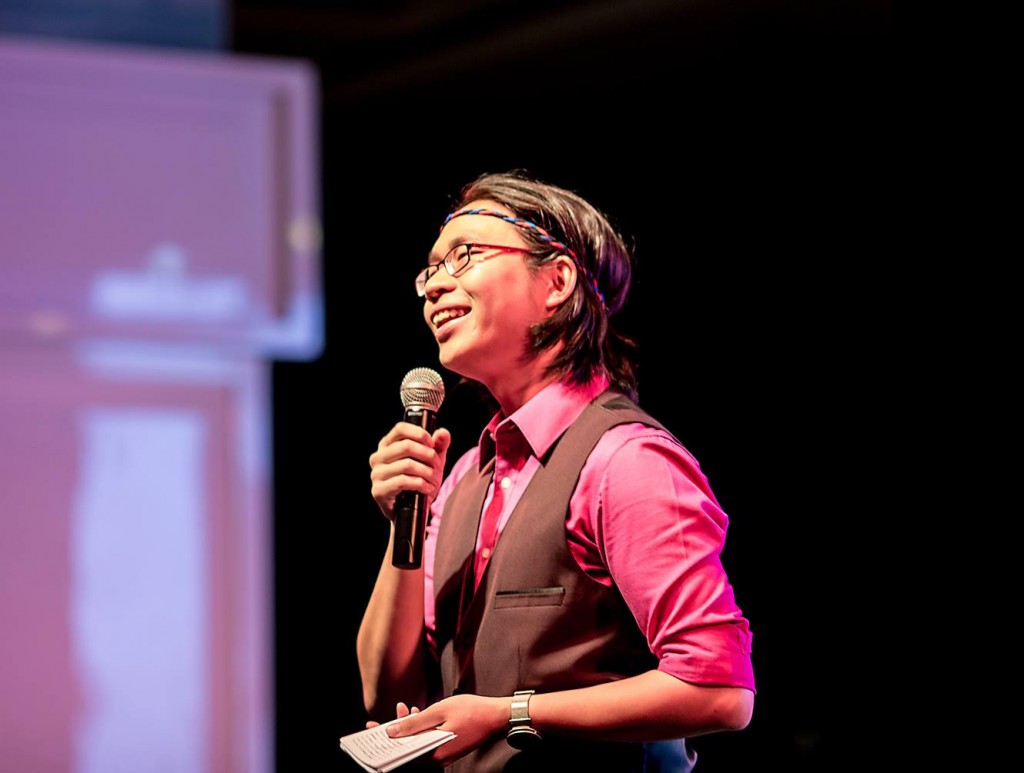