SMU Journeys: To Harvard and back again 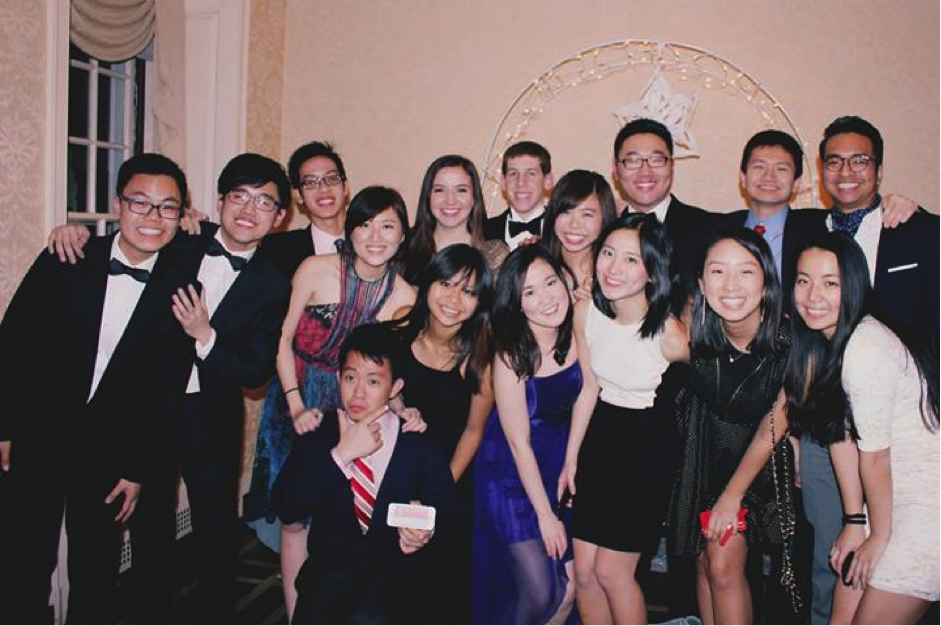 This blog post is part of SMU Journeys, an initiative which tracks the daily lives of six SMU students in real-time. For the full SMU Journeys experience, please visit www.smuexperience.sg 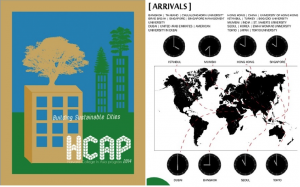 It was 3rd January, the Friday before Semester 2 commenced, when I received an email with the above booklet attached. “Wow,” it struck me as I pored over the world map. “This is really happening.”

Two months back, I was a little sceptical when a friend told me he was assembling a team to apply for an “exchange programme” at Harvard University. I could be forgiven in thinking so – Harvard is not known, after all, for taking in exchange students from Singapore. After a little probing, the picture started taking shape. We would be the first SMU students to apply for the Harvard College in Asia Program (HCAP), an annual week-long conference that brings together delegates from a number of Asia’s top universities. Soon, we received news that we were among universities from Dubai, Mumbai, Bangkok, Tokyo, Seoul, Hong Kong, and Istanbul to be selected as partners for this year’s conference on “Building Sustainable Cities”.

Fast forward to the Saturday of 18th January. I took my first step out of Asia off the plane at Boston Logan International Airport. 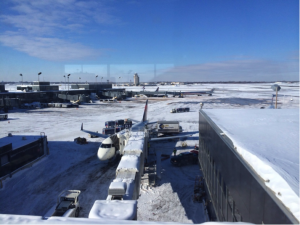 The first thing that came to mind when looking at the whitewashed landscape that shrouded the runway was: “so much snow”. The second was “can I play with it?” That was the start of a whirlwind conference.

Usually, we travel to see new things. If I were to describe HCAP in a phrase, though, it would be “seeing through new eyes”. In a previous tri-university conference in Singapore I attended, I realised that the ‘anonymous’ culture we live in – in which we share spaces on the train in body, but are cosmic distances apart in mind – has made spontaneity unusual. However, at both that conference and HCAP, the organisers did a wonderful job of building bridges between the culturally diverse delegates.

I notice in their blog post, our friends at HKU (hello!) wrote that the experience challenged them to step out of their comfort zone and embrace the opportunities they were given. They couldn’t have said it better, and I fully agree that we have been well rewarded for embracing the unknown.

What was my favourite event? Well, we had a good time bantering with one another during the case studies, which were eye-opening exercises in discussing global issues from the perspectives of nine different countries. Of course, the crowd’s favourite would likely be the entertaining pageant and prom, with our own President being crowned Prom King J. However, I’m going to take an indie angle to this and say that my favourite part of HCAP is the random conversations I’ve had with the other delegates. It was those serendipitous moments in which we both found something in common and yet understood each other’s different outlooks on life that I will cherish, and my only regret is the limited time we had. 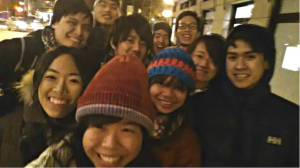 Now that we’ve talked about the people, let’s talk about the place. Harvard, along with the Massachusetts Institute of Technology (MIT), is situated across the river from Boston in Cambridge, MA. Being too accustomed to SMU’s city campus, it was at first a baffling task to find my way around Harvard’s three main areas – the famous Harvard Yard, the Quad, and the River Houses. Of course, it also didn’t help that we were always walking at subhuman temperatures of up to -17 degrees, but we soon learnt to find camaraderie in complaining about the weather.

Now we’re getting to the really interesting bit – what makes Harvard unique?

One image that I kept associating Harvard with was the world of Harry Potter. The majestic Harvard yard with Widener Library towering on one end and Memorial Church 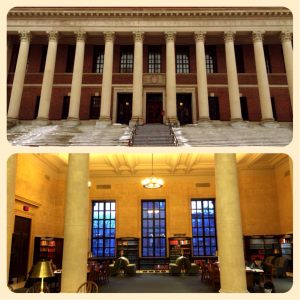 looming on the other seemed like a backdrop to a dramatic movie scene. What sealed the deal, though, was sneaking into the Annenberg Hall, which bears a striking

similarity to Hogwarts’ Great Hall. Don’t just take it from me – let the pictures do the talking.

I’ve mentioned Widener Library. What I didn’t mention was that it is the second largest library in the US, with six floors above ground and four floors underground. While it is no doubt home to the world’s greatest budding minds, it seemed more like a venue for medieval intrigue and drama à la Game of Thrones.

The Harvard Yard is also home to a famous statue of its namesake, John Harvard. It’s a favourite tourist spot, but do so at your own peril: one of the “Three Harvard Traditions” is to take a leak on the statue.  I couldn’t quite bring myself to tell that to the group of tourists I saw leaning on it. 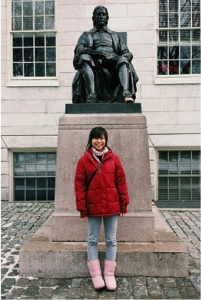 Though our team has come to the end of our journey at Harvard, another chapter opens. In Week 11, from March 16-22, we will be hosting 11 Harvard delegates at SMU in return. We have in store a number of roundtables and forums. In addition, we intend to continue HCAP-SMU as an annual event to build bridges between SMU students and our friends in Harvard and other partner universities.

With that, I would like to end off with the quote written in our application essay: “Whatever you can do, or dream you can, begin it. Boldness has genius, power and magic in it.”  –Johann Wolfgang von Goethe

Follow Yu Hang on his SMU Journey at smuexperience.sg | #smuyuhang

From the classroom to the workplace: Ivan Chang
Grease is the word: A look back at 2014 USLA