A Global Community Experience Made in Harvard 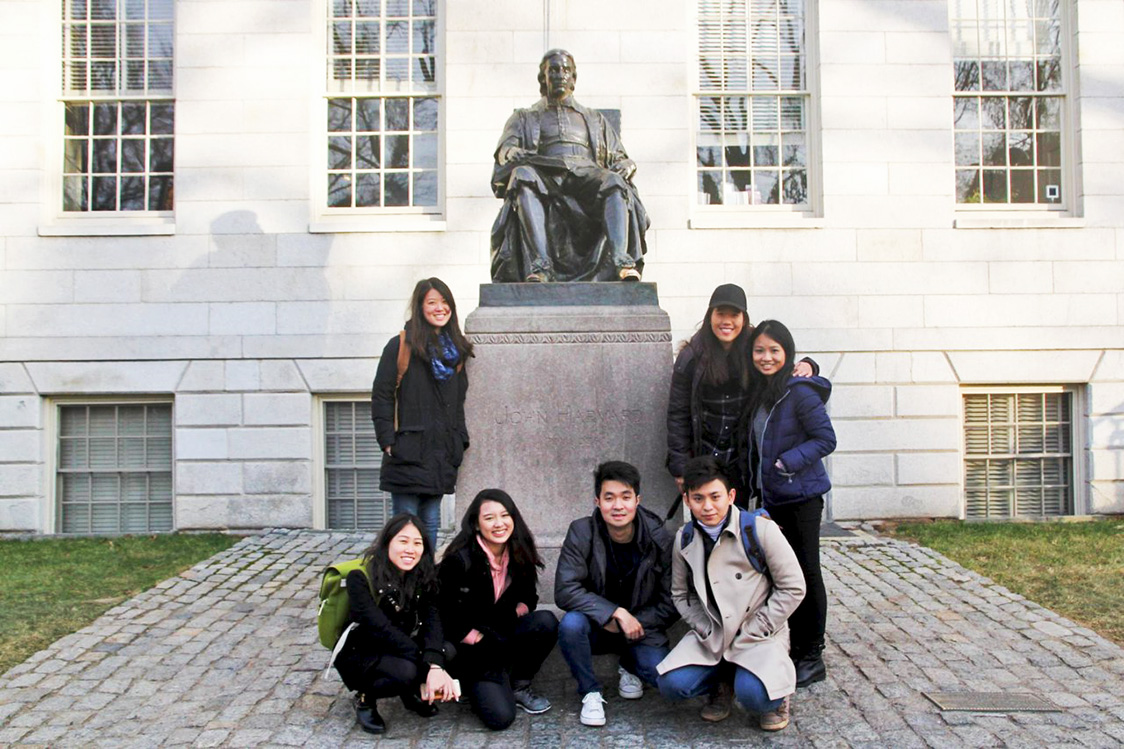 The Harvard College in Asia Program, or HCAP, is an annual conference that gathers students from nine different countries in a learning and cultural exchange at Harvard University. Along with eight other students, I had the pleasure to represent SMU in the 2017 conference, which was themed “Global Health Challenges in the 21st Century”.

A typical conference day started off with breakfast from a local Bostonian food chain, fluffy pancakes from IHOP, or toasted bagels and donuts. Not surprisingly, we often used this time to catch up on a bit of sleep at the student hosts’ dorms, snuggling under our blankets in the winter cold. We would grab a quick bite before walking in the frosty morning air to the building where the lecture hall was located.

A major component of the conference was the Case Study Application, where all the delegates were randomly allocated to groups and assigned the role of a particular nation present. The group had to solve an identified problem that the country faced in relation to the theme of the conference. 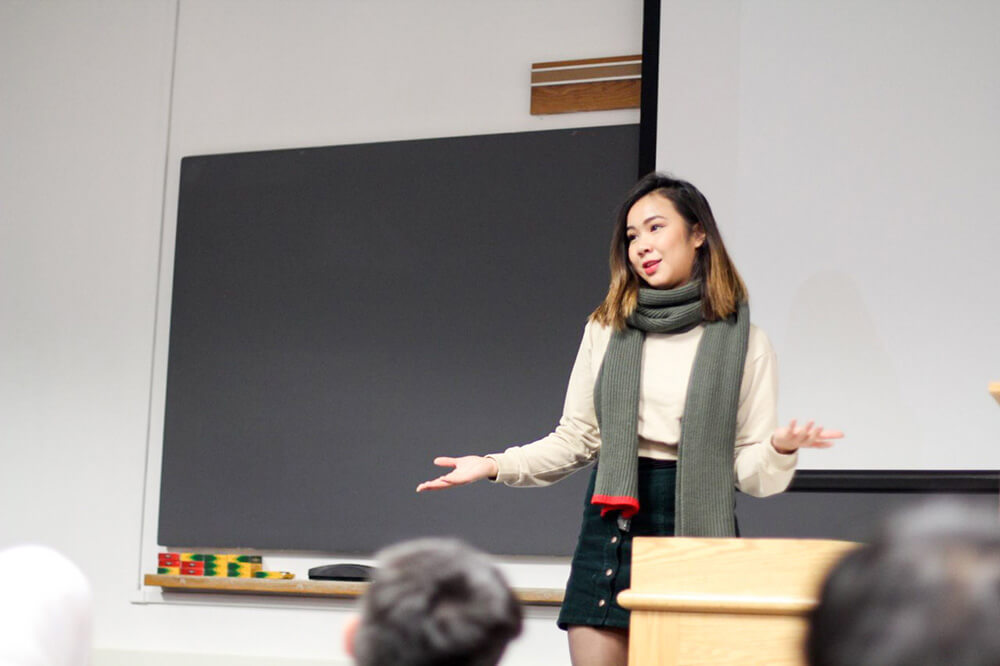 My team was tasked to tackle the issue of mental health stigma among youths in the United Arab Emirates. Perspectives were discussed and opinions were thrown out on the table. Each delegate piqued up with experiences from their own countries. Drawing from SMU’s unique “eyes and ears on the ground” approach, I was able to offer a suggestion to alleviate the persecution faced by students suffering from mental illnesses through informal counselling by trained students. 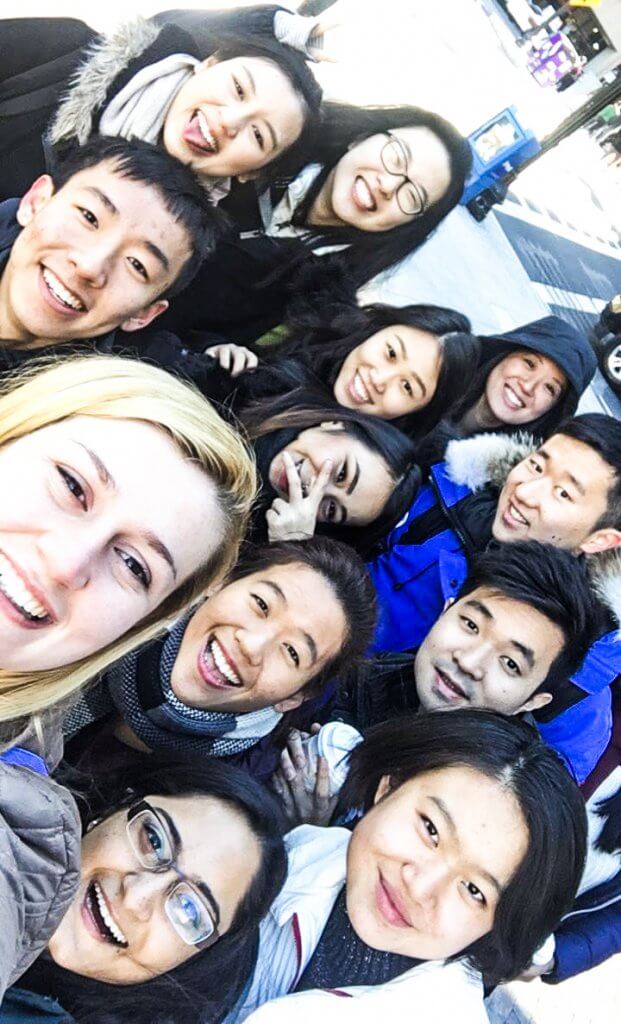 Afternoons on this trip were always filled with outings planned by the students to the local attractions. It was during one of those afternoons that we went on a tour of the school’s premises and were introduced to the school’s history and background. Being competitive Singaporean students, we definitely made sure to rub the toe of John Harvard’s statute, a gesture which supposedly brings good luck in exams!

One of the programmes planned for the delegates was a TED Talk session. The delegate from Mumbai shared about her harrowing encounter in a male-dominated society; whilst our SMU rep poured out the woes of being entrapped in a regimented education system. The Japanese students shared about their kawaii culture (aka the culture of cuteness) and the influencing role it played in their society. We heard about the disappearing heritage in Thailand, and the historical significance of Istanbul’s origins.

Each country had its own narrative to offer, its own victories and conquest to tell. What made these stories even more memorable was that they were narrated by a voice native to that country. Their tongue and accents curled up and cradled each experience told, and each sentiment shared. HCAP gave us a glimpse of each country’s soul.

Night time activities were always fun-packed. Each country pitted against each other to showcase their skills and victories in events such as Iron Chef, the gingerbread house making competition, and Mr HCAP—a talent show for all male delegates. We even had a prom on our last night there! Everyone dressed up to the nines and we danced with our newfound friends from Harvard to the loud beat under swirly lights. 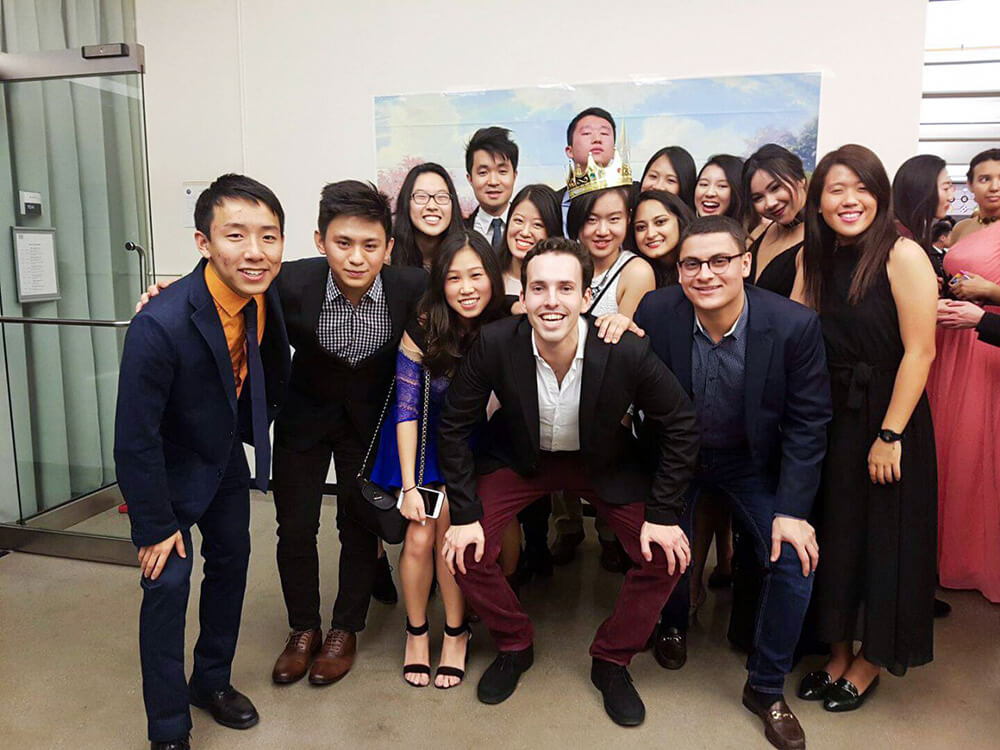 “The real voyage of discovery consists not in seeking new landscapes, but in having new eyes,” said Marcel Proust. In HCAP, it felt as if we went to a million different places, without even having lifted ourselves off our chairs at all. By the end of the five days, we were learning to understand each other better, and were more accepting of each other’s cultures and quirks. Problems were shouldered and solutions were shared. Maybe that was what it means to belong to a global community.