From Everest to community outreach 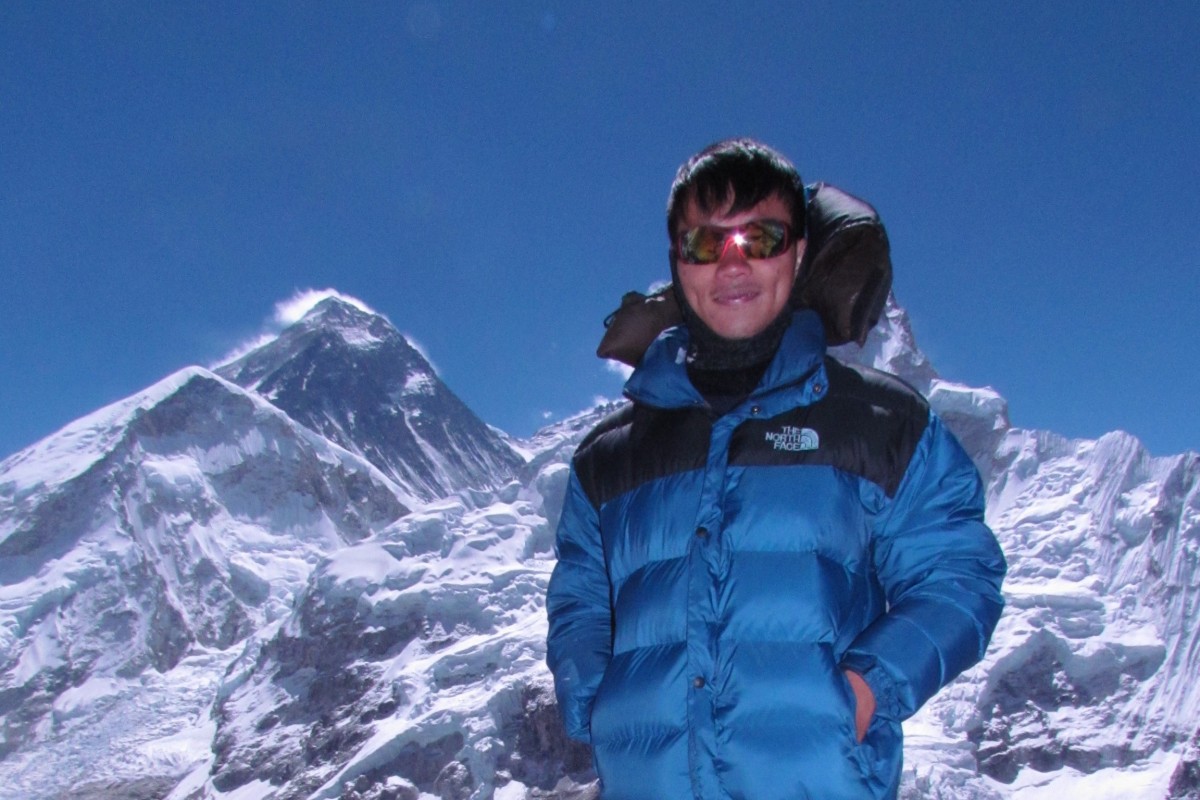 I was really honoured to learn that I had been selected for the inaugural Deloitte Inspire Award in April 2014. To me, it was an affirmation of my efforts in helping the community, and a source of encouragement for me to continue in my mission of reaching out to underprivileged youths.

However, although I am gratified to receive this award, the true motivator for my passion in community service took place years ago in 2012, when I survived a trip to Mt Everest relying on nothing but the generosity of strangers. 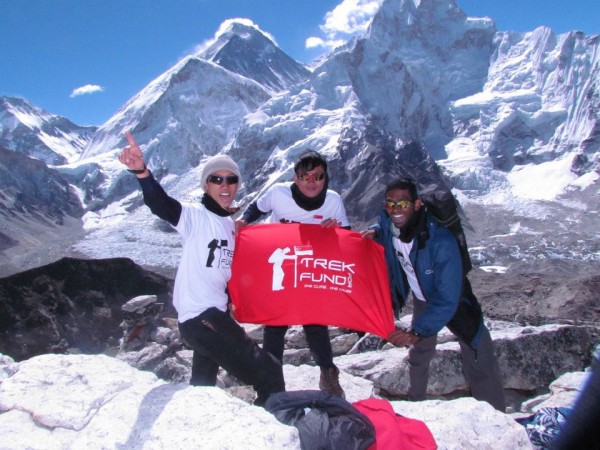 The Trek for Fund team – Wei Liang, Siddiq and Suresh.

It was the first day of our 10-day journey called Trek For Fund where two of my best friends, Suren, Wei Liang and I were starting our ascent up Mt Everest Base Camp with absolutely no money in a bid to raise funds for charity. We had hoped to sustain our climb only from the donations of other trekkers that we meet along the way.

The sun was about to set, and we had only managed to raise $5, half of what was at least needed for lodging that night. We hadn’t eaten all day and were shivering from the cold. Suren then suggested, “Let’s open our emergency money.” 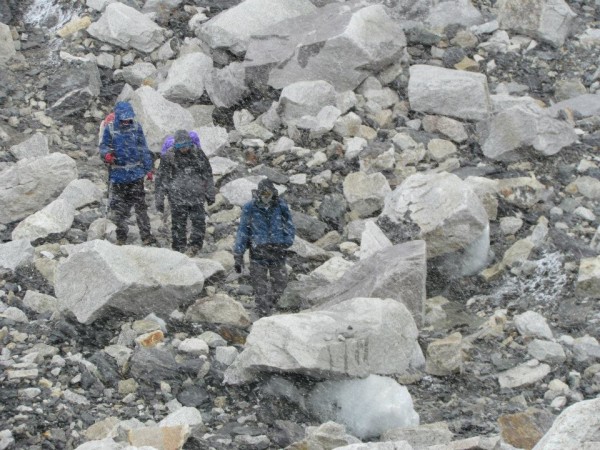 Braving harsh conditions at Everest was but part of the challenge faced on Trek For Fund, where the three climbers opted to rely solely on the donations of other trekkers to finance their daily needs.

I gave it deep thought and said, “No lah, let’s keep on trying”, determined to make good our promise not to use the emergency money unless faced with a life and death situation.

We pressed on and met a Japanese climber called Hideki. We told Hideki about our initiative and I felt an immeasurable relief when I saw him take out a USD10 note from his bundle of notes from his small pouch before handing it to us.

Hideki was a saviour. With his help, we managed to raise just enough for lodging, a plate of white rice each and a bowl of vegetable curry to share amongst ourselves that night. 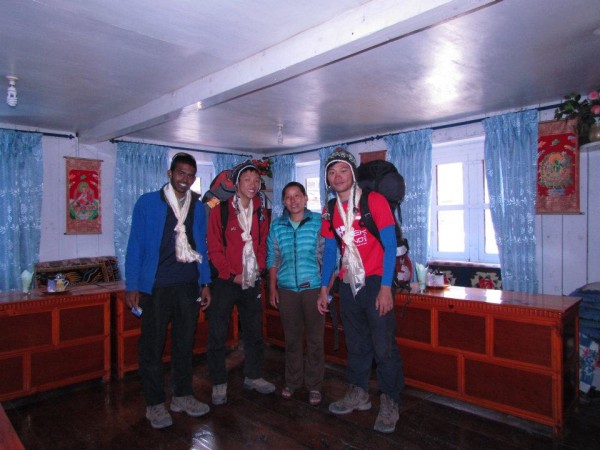 The team in their affordable lodging for the night, made possible by the support of other trekkers.

Throughout the rest of the trek, we met several other Good Samaritans like Hideki who donated to our cause, paving the way for us to successfully make it to Everest Base Camp using only funds donated by others. On top of the donations we raised on the mountains, we also managed to pool over $20,000 in donations for our beneficiary in Cambodia, from people who were inspired by our efforts back in Singapore.

The success of Trek for Fund was never our own. We began the trek with nothing but an unwavering sense of purpose and we wouldn’t have made it without the help of many individuals who had donated and encouraged us along the way.

The experience of surviving such harsh conditions, and finding food and shelter with only S$10 per day, opened my eyes to the hardships of the underprivileged and less fortunate in our society. Like us at the start of the trek, they may have the desire to achieve and succeed, yet may not be able to reach their goals because they lack sufficient support and encouragement.

Lucky for us, in Trek For Fund, support came in various ways. I became more determined in realising our goal with every form of support received, even from a simple “Good luck” from a stranger. It was then I realised that one does not need grand schemes to effect positivity in others. Once I touched down back home, I decided that I had to do more to guide youths and young adults who may not have had the privilege of receiving the same support that I had growing up.

This conviction has since shaped my choice of CCAs in SMU. In 2013, as Vice-President of SMU Men Soccer, I pioneered a soccer-training programme for underprivileged youths living in the Lengkok Bahru area. I’ve been going down with the SMU Men Soccer team every Saturday to conduct training sessions, and we have noticed a marked increase in commitment and discipline amongst the youths. 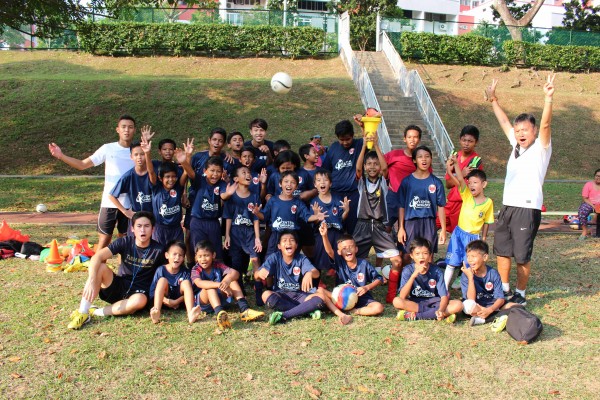 The youths we work with in the Lengkok Bahru area have faithfully attend the soccer training sessions every week, and have benefitted from the friendship and mentoring of Siddiq and the other soccer team members. 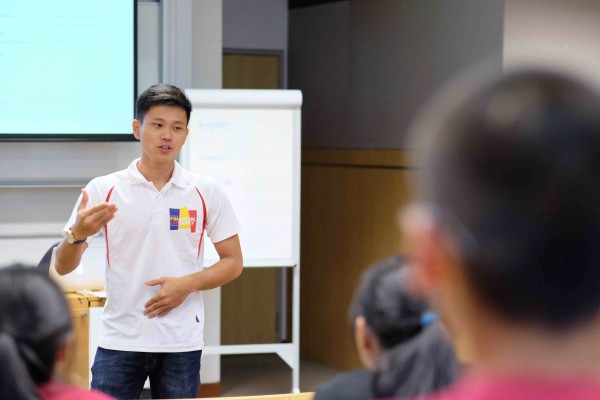 Through educating youths and young adults about financial literacy, Siddiq hopes to positively impact their perspectives about making and managing money.

While balancing my CCAs and studies has no doubt been demanding, I have thoroughly enjoyed all the initiatives I have taken on as they provided me with invaluable life experiences that the classroom may not bring. And on days I get very tired, I remind myself of the 10 days spent trekking up the mountain and tell myself, “Keep going, you’ll eventually reach your destination!”

Reflections from Myanmar Accounting Study Mission
What do employers look for?