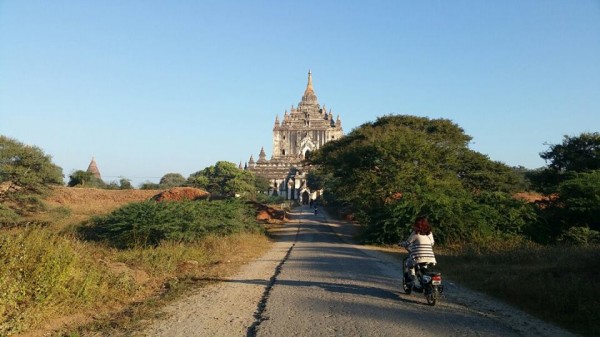 “Myanmar? Why would you go there when there are other alternatives to visit for your Study Mission?”

This was the reaction we received from some of our friends and project groupmates when they heard about our plans. As Myanmar has been closed to the outside world for decades, many are skeptical about the country’s potential to grow after 50 years of isolation.

For us, our overarching motivation to embark on Accounting Study Mission (ASM) Myanmar was to uncloak the mysteries and myths surrounding the country and its people, while bearing witness to the opening of a frontier economy. Our trip to Myanmar was therefore like what Forrest Gump would say: “a box of chocolates, you never know what you are going to get”. As it turned out, it was a very rewarding trip.

Admittedly, we had some initial misconceptions about Myanmar. To some extent, these were propagated by the media’s negative portrayal of this foreign land. We expected a backward economy with underdeveloped infrastructure and limited social order under the junta rule. Economically, Myanmar was classified with the likes of North Korea and Cuba. As a result, we were initially skeptical of its success and potential, wondering if Myanmar is really opening up or if it is just a facade painted for the world to see.

We could not be more wrong. When we first stepped onto Burmese soil after our three-hour flight from Singapore, it was clear that significant progress has already begun. 3G connection was readily available and some people could even speak fluent English. Everywhere in Myanmar there was an air of friendliness, with sincere people who were very willing to lend a helping hand.

We were also blessed with an amazing tour guide, who played a central role in changing our perception about Myanmar. One of the most vivid stories he told us was about Aung San Suu Kyi, with an analogy on how she was akin to a bird trapped in a cage upon her house arrest, and the great sacrifice she made for the people of Myanmar when she chose to stay on despite having the option to flee and regain her freedom. Her contributions have helped Myanmar see beyond the country’s borders and aspire towards higher goals for the nation. 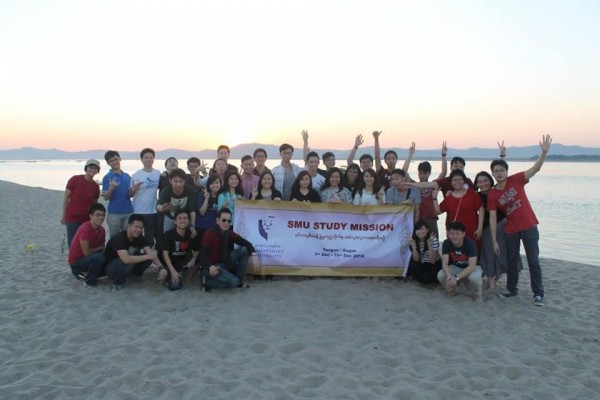 In addition, the strong Buddhist culture and faith is core to their social fabric in how it guides their way of life. For one, the people of Myanmar strongly believe in walking the middle path and having everything in moderation, which helps them to be contented with what they have despite experiencing adversity. Upon discovering these, our view towards the country changed greatly as we were able to appreciate it with a renewed perspective. We see that the beauty of the country goes beyond any scenic landscapes; it penetrates into the hearts of the people and the richness of their culture. This culture is evident even in the companies we visited, where passion, hard work and ethics are ingredients in creating a successful business and even a nation at large.

Despite the tranquillity of our surroundings, the thrill of exploring uncharted territory spoke to us throughout the trip, from riding bikes in the unlit Bagan streets at pre-dawn to climbing barefoot up steep pagodas to welcome the sunrise. This sense of adventure also followed us into the corporate realm, where we sought answers to questions that would help us understand the unique Burmese culture and history, their common business practices, and how governance and regulations will affect the business climate.

Even as we learnt about the businesses, we strongly felt that it was the human touch in the nation that made the difference. As Myanmar opens up to the rest of the world, most Burmese who fled to study or work abroad during the junta rule are slowly returning home. The responsibility to clear the hubris of destruction from the past and rebuild the country is undeniably present. Indeed, we were immensely blessed by the Burmese we crossed paths with. They taught us what it truly means to “go the distance” for strangers. We recalled the warmth of the locals who assisted one of our friends when she was injured during a biking trip. Although language barriers were evidently present, their sincerity and concern spoke clearly to us. Truly, this is what makes this nation so different and charming.

Today, Myanmar is undeniably a land of opportunities. Be it for leisure or on a business trip, it is a country full of excitement and adventure for any visitor. Many countries and corporations realise this and are striking while the iron is hot. However, we feel that Myanmar is still very malleable and requires significant improvements (i.e. education, infrastructure and regulatory standards) before it is able to maximise its potential. Taking lessons from the success and mistakes of nations that were once faced with the same challenges, we do hope that Myanmar stays true to its own mantra. As for the 30-odd of us who embarked on this 10-day adventure, we have been enlightened with a fresh perspective from the country of the golden pagodas.

To Myanmar, from all of us: che-zu tin-ba-de, and may the sun keep on shining upon you.