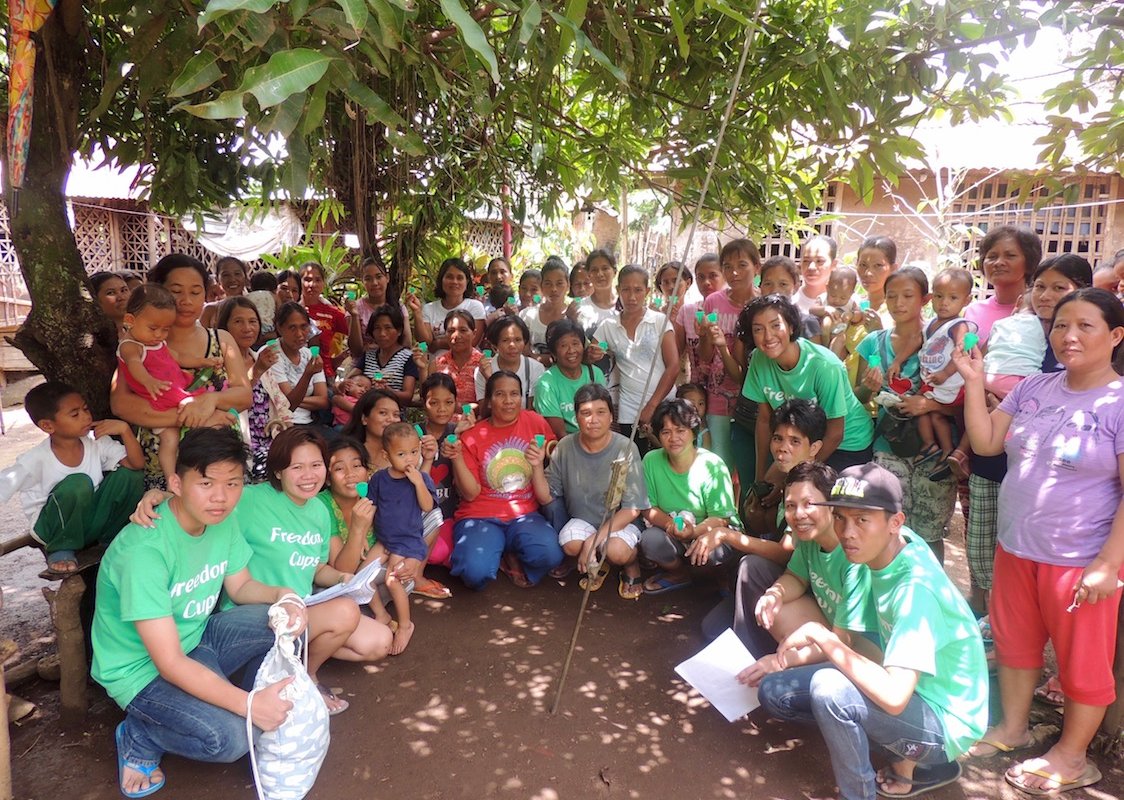 Periods. Cervixes. Sex education. In the course of 15 minutes, Vanessa Paranjothy, founder of menstrual cup brand Freedom Cups, managed to cover just about every topic relating to women’s bodies and their menstrual cycles. Never mind that the two gentlemen seated barely 10 inches away from us at the next table in Starbucks keep burying their noses deeper into their mugs of lattes each time these phrases are mentioned. Vanessa is an old hand at being around uncomfortable folks. And she isn’t about to let the small matter of uncomfortable subjects get in the way of helping women feel more comfortable during that time of the month.

“We were at our first market and had never had to talk about our product before, so I was worried,” admitted Vanessa, an SMU Bachelor of Social Science graduate in Political Science.

“But my sisters, who are my business partners, said, ‘we can’t be awkward talking about our bodies and our periods, because it’ll make it even harder for other women to feel comfortable talking about something so basic, something that we all experience on a regular basis.’” 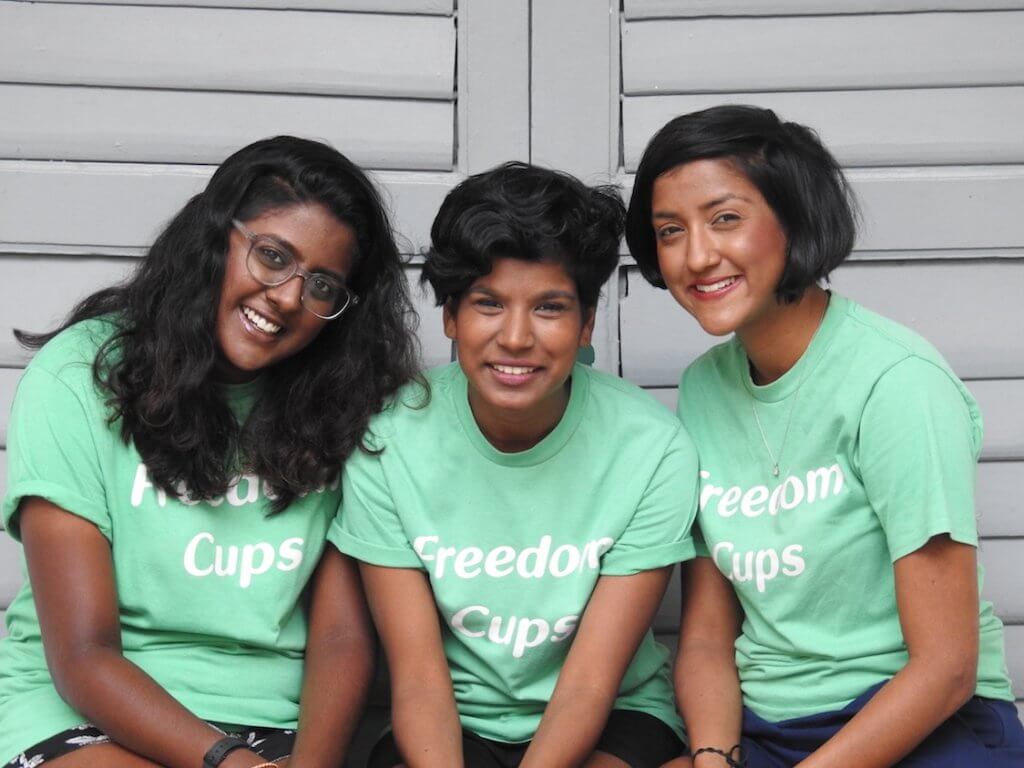 Vanessa (right) with her sisters and co-founders of Freedom Cup, Joanne (centre) and Rebecca (left). The Paranjothy sisters recently made the Forbes 30 Under 30, Asia, Social Entrepreneurs list.

It’s understandable why Vanessa felt the initial trepidation at approaching complete strangers. Her company, Freedom Cups, sells menstrual cups—small cups made of medical-grade silicone that are inserted much like a tampon and sits at the base of the cervix collecting menstrual fluid. Get this, unlike a tampon or pad that has to be changed every couple of hours, a menstrual cup can be worn for 10 to 12 hours. And a single cup can last a woman up to 10 years.

In a world where disposable consumables reign, the idea of long-lasting feminine supplies might sound pretty unnecessary. But for women who can barely make ends meet, finding an affordable sanitation solution is most definitely a necessity. Which is why at Freedom Cups, for every product sold, a cup is given away to women in need. 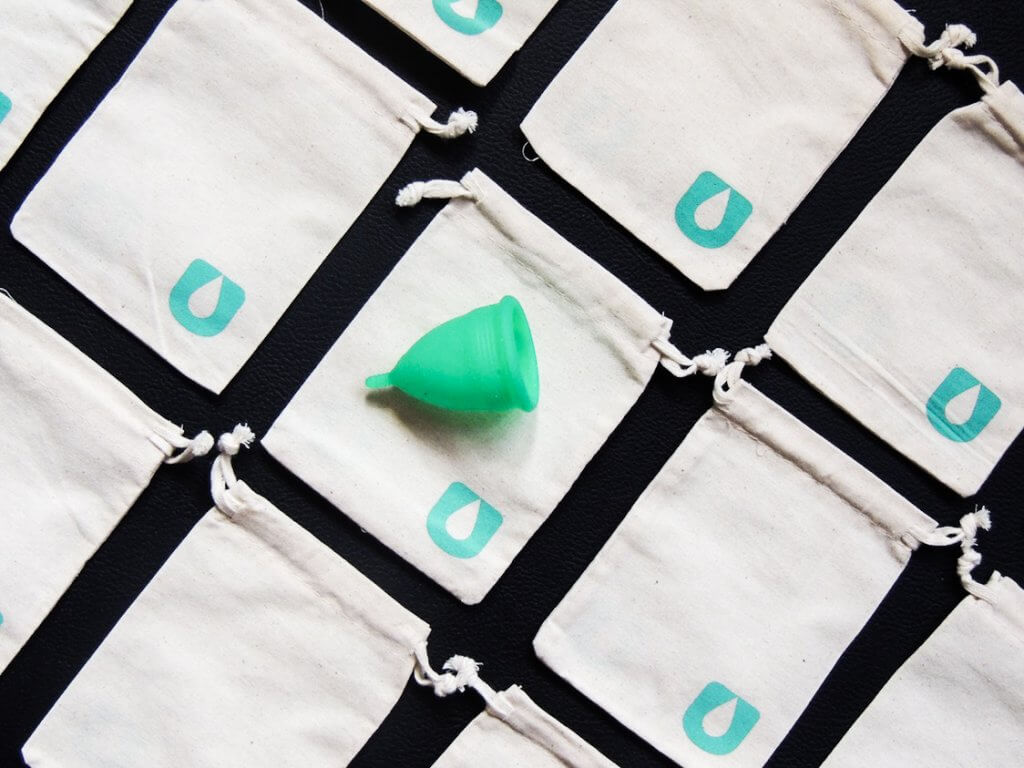 “With no toilet, no pads and no water—in some cases for refugees with no change of clothes when the set they are wearing gets stained, a menstrual cup can be so essential,” says Vanessa, who has run 15 projects in seven countries including India, Nepal, Nigeria, Cambodia, Philippines, Singapore and Malaysia to distribute Freedom Cups for free.

“In a mountainous village in the Philippines, where there was no running water and electricity, some women used leaves! The use of leaves is very extreme, but it happens. In some circumstances, women share cloths that they use and wash during their periods. And there are many others worse off in countries like Yemen and Syria.”

Surprisingly, Vanessa has found a challenge—not in educating rural women about using the cups, but convincing non-governmental organisations (NGOs) to accept the complimentary Freedom Cups from her company. Most foreign aid workers assume that the villagers or refugees will never be open to the idea of using an internal menstrual product.

“We have such a dismal response from the 50 NGOs we have approached to donate Freedom Cups for free,” explains Vanessa, who articulates her thoughts in a sharp-shooting, mile-a-minute manner. 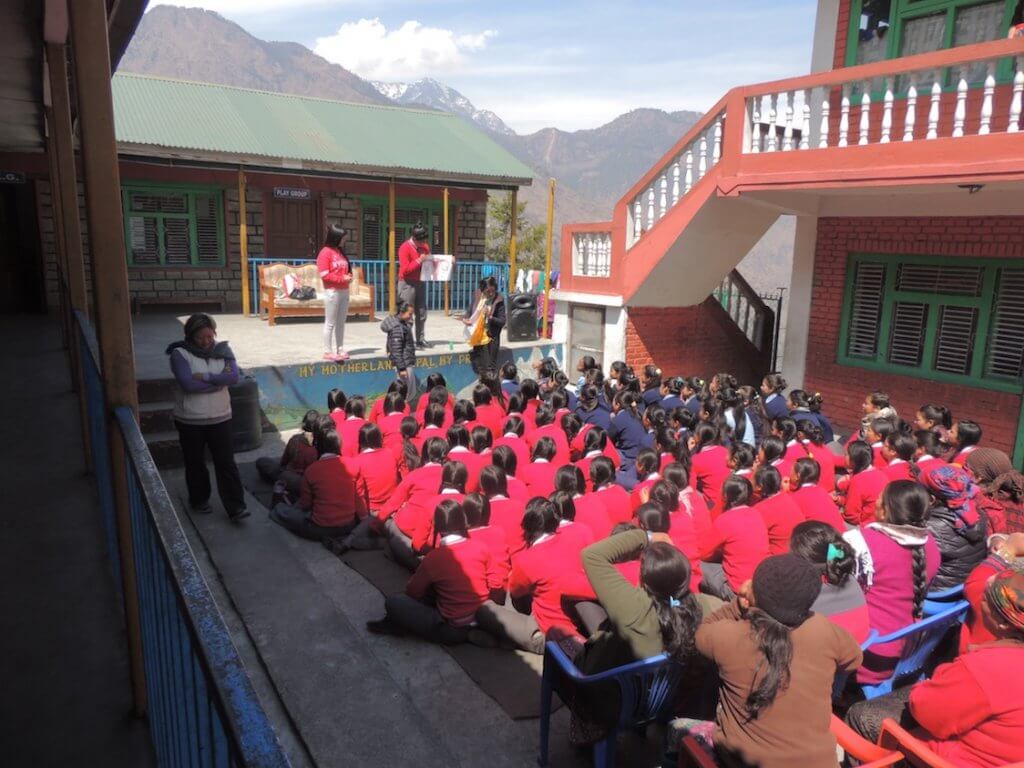 “In Nigeria, we spoke to female staff in an NGO dealing with displaced women, and they all said the local women are too conservative to insert the cup. Not taking their word for it, I asked for them to invite these women into a room for me to talk to them, do a short session teaching them about their bodies, and ask if they want the cups. A hundred percent of the 100 women who came wanted the cup, and asked for more for their daughters.”

In fact, Vanessa has found that women who live in rural communities are more “intuitive” about using the cups. And it all boils down to practicality: When given the choice between unsanitary feminine menstrual options and a free, hygienic solution that lasts for years, there really is not much of a debate. As such, the persistent entrepreneur has often simply filled a backpack with Freedom Cups and made trips to far-flung locations where she thinks she could help women with her product. Her guerrilla-style approach has seen her sleep on mud floors in villages, in tents and, in the case of a trip to Nepal, travel for eight hours to a village which was at the epicentre of the earthquake in 2015, to meet a Singaporean teacher based there and distribute the cups. More recently, she has been working with other groups such as members of corporate social responsibility initiatives visiting remote areas to supply them with Freedom Cups for distribution.

This uphill battle to educate women, however, is not limited to those working in NGOs. In fact, it has been a somewhat challenging task starting a conversation with Singaporeans here about periods and the female anatomy—much less convincing women to make the switch to the more convenient, environmentally-friendly and economical menstrual cup.

“We have a whole host of women who have heard about us and we are encouraged by women who say this is the best thing they’ve spent their money on,” says Vanessa.

“And then we will get rejected for silly reasons to sell at art markets, such as how our product is ‘inappropriate’. Or we speak to women who work in shelters who do not want our free menstrual cups, although I know for a fact that some of the urban poor resort to cutting pads in half to ration their supplies.”

Recipients of the Freedom Cups

Part of the issue lies in how talking about the female body and menstrual cycle is still very much stigmatised in all societies, including one as developed as our own.

“Women everywhere know very little about their bodies, so with everyone, we approach education in a very objective and basic level,” says Vanessa.

“I have been asked if the cup will get lost in the stomach if it is inserted too deep, while another lady in her 50s, who is perhaps a mother herself, asked if she could use the bathroom normally with the cup inside. That’s our biggest hurdle—educating women about their bodies. There’s so much taboo about talking about their body, not just about periods.”

However, she has noticed a slight shift in mindset and a willingness to talk about such subjects over the two years since she’s started her business. Surprisingly, men are also interested in being part of the conversation, and find the menstrual cup interesting enough for them to broach the topic to their girlfriends or sisters. In fact, the idea of a menstrual cup was first introduced to Vanessa by a male friend and fellow SMU schoolmate. He was an intern in an NGO in Guatemala where his colleagues were “talking about menstrual cups being the best thing they’ve used, and they can’t go back to pads and tampons.”

“It’s amazing how so many doors have been opened by men,” adds Vanessa, who wanted to form her own company providing the cups to women in need almost as soon as she heard about them.

“Hopefully, by the end of my lifetime, periods are no longer a taboo. We are still living within the patriarchy, so the onus is on us women to start the conversation.”

What you need to know about Freedom Cups:

5 Scholarships and Grants to Apply for Right Now
How Can Universities Prepare Students to Find Work That Make Them Happy?