Social Media Influencer? Call Him a Digital Ninja Instead 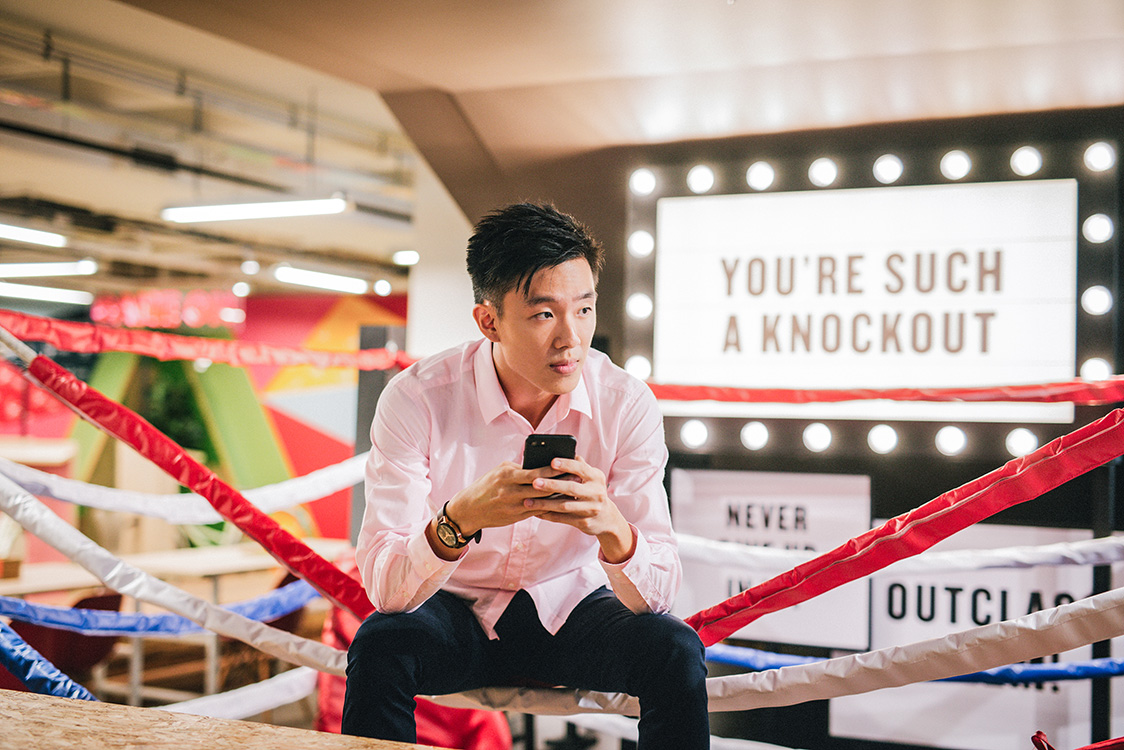 If the name Xavier Lur rings a bell, it’s possibly because you’re an avid Twitter user and know him as a mini celebrity of sorts in the local Twitterverse, or you’ve come across articles in The New Paper, Mothership, The Independent and Rice Media, featuring him as a local Twitter star.

If you don’t already follow him on the microblogging platform where he has a following of 180,000—and counting—perhaps it’s time to get acquainted with this social media maverick, and his refreshing brand of insights and inspiring visuals.

Instead of the usual #OOTDs #selfie #lifegoals kind of posts that flood social media these days, Xavier’s posts are underscored by his personal thought process and the effort that he puts into crafting carefully curated vignettes of Singapore life through his eyes.

It's the time of the year again 🇸🇬 #SG52 pic.twitter.com/1kxVTvIIQm

At just 23, Xavier already has a resume that reads like an accomplished digital marketing guru and a social media following that budding influencers can only dream of. And it all started with Tech Xav, a tech blog which he started when he was a 14-year-old student at Maris Stella High School. With a keen interest in all things tech-related, Xavier was inspired to share his passion for gadgets and the latest updates on technology news online.

Said Xavier about starting a Twitter account, “Back then, my main purpose of using Twitter was to share the latest technology news that was published on my blog.” The digital native took to the microblogging medium like a duck takes to water. Little did he expect that after a year, his Twitter following would burgeon to 80,000. Xavier alludes this phenomenal growth on Twitter to an early adoption and leveraging on its heightening popularity right about the time of the 2008 presidential elections when former US President Barack Obama was actively using Twitter for his campaign. In the following year, Tech Xav was awarded the title of East Asia Institute of Management Best Youth Blog at the Singapore Blog Awards 2009.

His passion for digital marketing and content creation continued to grow. At 16, he became a tech writer at Yahoo, while juggling a columnist role at the award-winning digital marketing agency Happy Marketer. Armed with his experience in content creation and knowledge of social media, Xavier joined Ogilvy & Mather as a freelance digital specialist in 2012. He also held down a freelance digital ad strategist role at Microsoft in 2014—all while he was pursuing a diploma in Mass Communication at Ngee Ann Polytechnic.

The digital native who lives and breathes social media recalled the challenges that he faced, “By then, most brands were not keen to use microblogging to promote their products.” This prompted him to start thinking about different aspects of content such as videos and photos that would engage audiences, as to also learn how to work with different stakeholders within the agency to create 360 campaigns for brands.

And then there’s rejection. “What I produce, clients might disagree with. I’d say it was really the people skills that I had to learn to deal with. When it’s your own platform, you have the freedom to your own opinion. But when working on a team—be your own team or your client’s team—that’s where it gets challenging.”

One of the biggest misconceptions about social media content marketing, he says, is that many underestimate the effort that goes into creating content. “It’s not just about posting content every single day. There’s a lot of work that goes into every single post. Every post needs to fall within a content pillar that we have to create for a brand and ensure that the copy suits the brand’s persona.”

Today, Xavier proudly counts Nestle, Singtel, IBM and BMW among the brands that he’s had a hand in moulding their brand positioning online, and plans to continue his stint with Ogilvy & Mather while juggling his studies at SMU.

We asked the question that’s on many people’s minds—with a wealth of experience in content creation and his substantial social media following, why not monetise his hobby and influencer status?

“That isn’t my end goal. My goal is to share really nice content with people and not necessarily get paid for it. I feel that if you’re not paid to do a certain thing, you would be more honest and less biased,” said Xavier.

He’s also not intending to turn his hobby into a full-time job as he is planning to venture into the IT industry. SMU SIS’ flexible curriculum turned out to be a good fit, allowing him to choose a balance of both technical and business skills.

To would-be digital ninjas, Xavier has these words of advice, “You have to read up a lot on the technology scene—whether it’s the news or insights shared on social media. You need to really keep yourself updated because technology changes at such a fast pace.”

Keen to take the next step with SMU? Join our Bachelor of Science (Information Systems) programme today.