All in the family: SMU siblings Koi Foong and Yan Yan 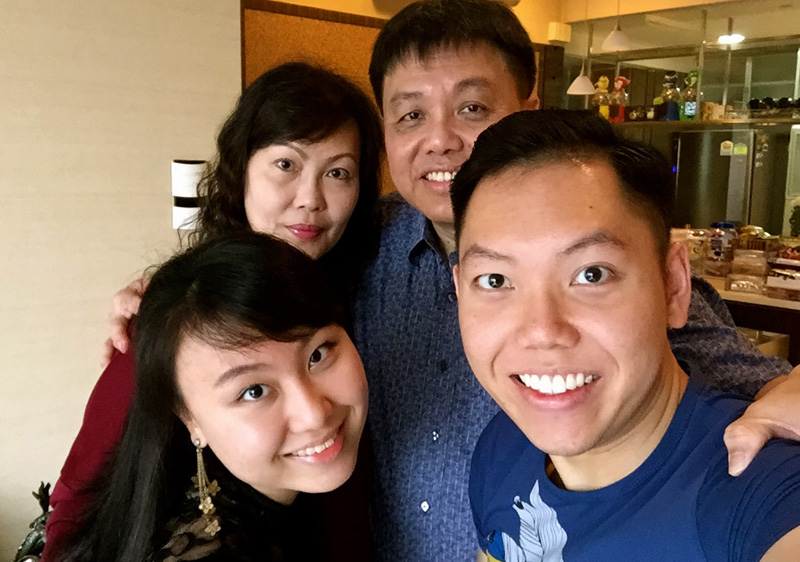 If you have a sibling who’s much older or younger than you, chances are that you didn’t have many shared experiences while growing up. It could mean that you and your older sister sat for your PSLE and O-levels respectively in the same year, or that you were battling acne while your little brother was playing with Beyblades and Ben 10.

Our School of Social Sciences alumnus Ho Koi Foong and his sister Yan Yan – a third-year business student and SMU Scholar – are a little unusual in this respect, as their four-year age difference was no barrier to a close relationship while they were kids. What is even more unique, however, is that their shared time in SMU brought new dimensions to their sibling bond.

Just one more thing they have in common

Although they attended the same secondary school and shared similar hobbies – swimming and playing computer games – Koi and Yan Yan’s age gap meant that they had never previously attended the same school at the same time. As such, it was a novel experience for the two of them to matriculate to SMU only two years apart.

Since SMU was Koi’s first choice, it goes without saying that he had some input when it was his sister’s turn to choose a university. “I shared countless quips and squabbles – of profs, classmates, and everything else – that I experienced during my first two years,” said Koi, who is currently working in the Prime Minister’s Office. Having told her about both the good and bad, he ultimately hoped to provide as much information as possible for her to make an informed, independent decision.

Yan Yan, meanwhile, credits her brother for providing her with a ringside seat to the SMU experience. “I enjoyed listening to my brother’s stories during his time as a leader in BizCom and starringSMU. When he organised the BizCom ‘unifunzaar’, I would come to SMU to take part and do some shopping!” she shares. “From his experience, I realised that SMU was what I would want in my university education – small class size, interactive pedagogy, diverse faculty and student population as well as many student-led initiatives.”

Looking out for each other at school

Both siblings enjoyed their shared time at SMU, but from an outsider’s perspective, it appears that Yan Yan gained the most from this arrangement. “Koi is opinionated, and from the day I was born he has always given me his perspective and advice – lots of it,” shares the younger Ho sibling. As a result, she had a lot of guidance from Koi – “more like he commanded me, ha ha!” – when making decisions such as which community service project to join and which modules to bid for. 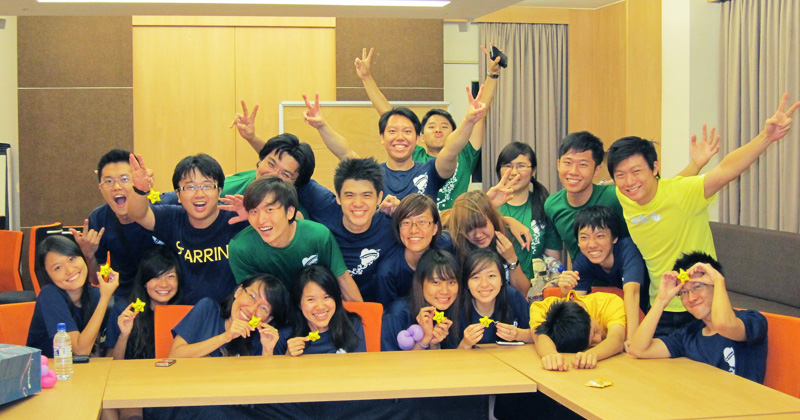 Through his involvement in a variety of clubs and activities, Koi built up a vast network of friends (including these from his starringSMU exco) who became like an extended network of surrogate siblings for Yan Yan.

Koi’s protectiveness of his sister extended into the classroom, despite the fact that the two of them were in different schools. Through his wide network of friends – amassed through his extensive participation in SMU’s clubs and organisations, and his teaching/research assistant roles for various faculty members – he identified at least one friend who was in each of Yan Yan’s classes during her first year. They would be then tasked with looking out for her: “If anyone ‘bullied’ her in class, I would know of it. Either I’d intervene, or I would teach her how to protect herself.”

It was only after Yan Yan’s first two semesters that Koi called off his network of spies, having found that his younger sister was quite capable of looking after herself. Besides the constant ‘protection’, there were also other perks in store for Yan Yan: she was a grateful recipient of notes and advice from Koi’s friends who were her seniors in LKCSB, and of the lunches that Koi bought and hand-delivered to her during her first semester when she had back-to-back classes without a lunch break in between.

To their amusement, the siblings’ roles were somewhat reversed when they took a module together – made possible by the nature of SMU’s broadbased curriculum – where Yan Yan’s competence in the classroom sustained them both. “It was a core module, but Koi waited for me to enter SMU so that he could take it with me,” recalls Yan Yan. Koi, meanwhile, reflects that he would have fared poorly without his sister’s help: “I was still trying to figure out Week 2’s content during Week 13.” It soon became a running joke among their classmates that the siblings were sharing one single set of notes – specifically Yan Yan’s – for that module.

The enthusiasm to take on everything that SMU has to offer is a trait that runs in this family. Koi, who graduated in three years instead of four, comprehensively overloaded his final semester. “I took six modules, was a teaching assistant for two profs, and a research assistant for another prof,” he said. “I also worked part-time as an adjunct instructor for NUS and SGH, where I taught medical students and staff.” Added to these were his responsibilities as a BizCom mentor and a starringSMU exco member, as well as his French language classes on Saturdays.

Yan Yan, meanwhile, recalls a semester when she had seven non-academic activities on her plate: “It definitely stretched my limits and really challenged me to be faster and better. I remember I was so focused in every class, feverishly copying notes and asking questions because I knew I had no time to revise once I stepped out of the classroom.”

It was perhaps fortunate for Yan Yan that their parents, whom she describes as “very forward-looking”, were so used to Koi’s long hours in school that they scarcely batted an eyelid when she in turn took on a time-consuming and intensive workload. Both of them agree that their parents are very supportive of SMU’s style of learning, such that they even encourage their friends’ children to apply to SMU as well. 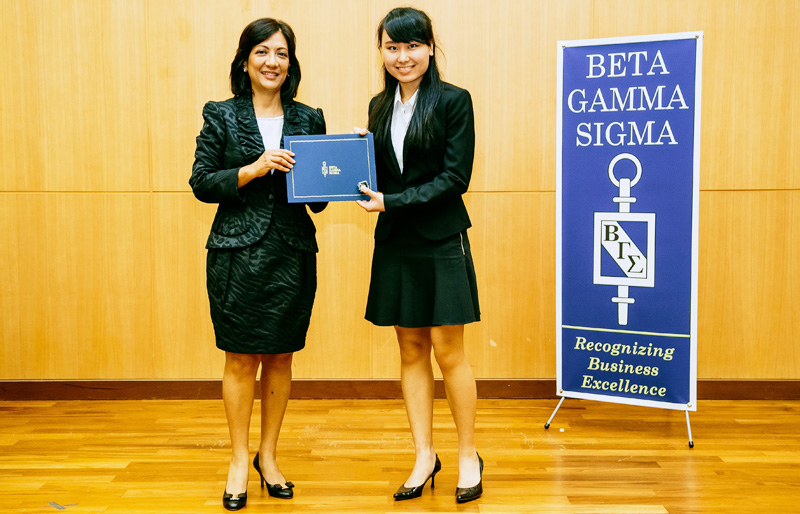 During her time at SMU so far, Yan Yan has received membership to the Beta Gamma Sigma (International Honour Society), which recognises the most outstanding business students at AACSB-accredited educational institutions.

Despite being the older sibling, Koi has great respect for his sister’s capabilities. “My friends who were Yan Yan’s classmates tell me that she is godlike. I strongly agree. I’ve never seen anyone as diligent as my sister – no one comes anywhere close – and I’m not being biased here.” He also firmly believes he would not have graduated in three years if not for her prowess in the module that they took together in his final semester.

And unlike many younger siblings, Yan Yan does not have any issues with being compared to her older brother, perhaps because the outcome of such comparisons is that they are very different. “I’m more studious while Koi is very street-smart and adaptable,” she says. At the same time, she also believes that her time at SMU has equipped her with greater tenacity and an ability to accept setbacks – lessons that she believes will serve her well as she takes on even greater challenges on the road to graduation and beyond.

Common Acceptance closes on 2 June. Your journey of transformation begins when you accept your offer!