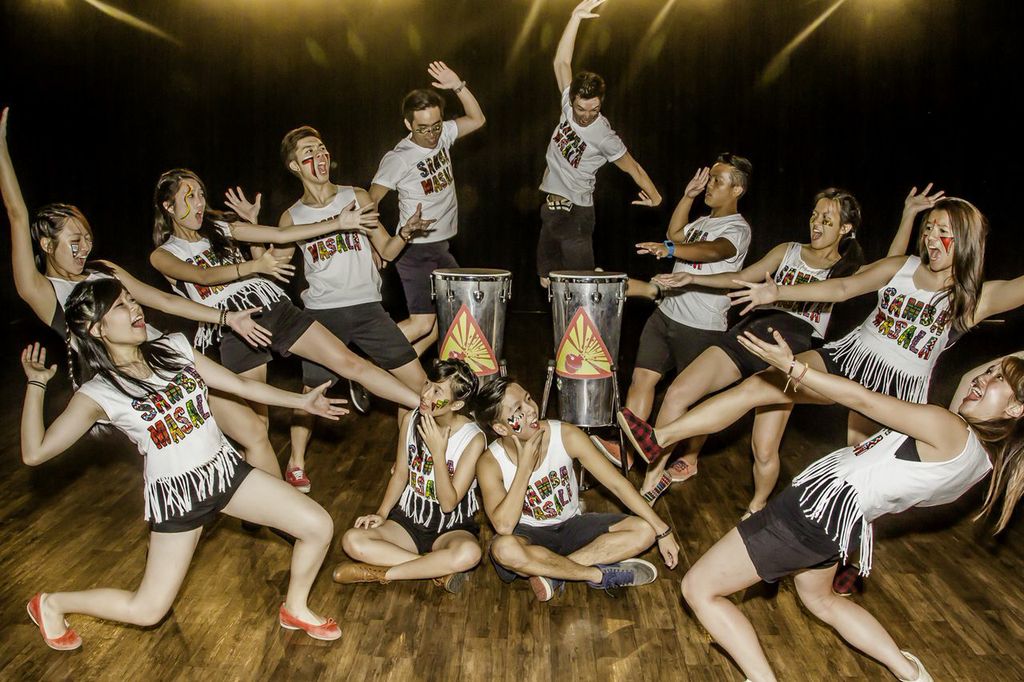 Co-curricular activities, more commonly known as CCA’s, play an important role in helping SMU students grow. Many students join at least one CCA to pursue an interest, improve their skills, or even just to meet new people and make friends. As an introduction to the CCA landscape at SMU, student contributor and Samba Masala member Samuel Lee tells us more about one of the most prominent clubs at SMU.

1. Samba Masala is more than a percussion band

Samba Masala is Singapore Management University’s resident “percussion band”. We play the “Samba” genre of music, which originates from Brazil. Our instruments are mostly rhythmic and the grooves we play are in accordance with the “Samba Swing”, which literally makes people get up and dance.

But the term, “Percussion Band”, is not entirely representative of us. We are more than the music we play. We also have elaborate and exciting choreography to accompany the art form that we present to our audiences. We believe that with the marriage of music and choreography, we can bring our art to the next level. For example, during our Christmas busking last year, we ensured that our percussion could fit into the celebratory theme of Christmas and called the event ‘Santa’s After Party’.  Next, in our U+Arts production, we managed to perform Brazilian percussion through unconventional mediums such as banging on tables, chairs (ala STOMP the musical), body percussion and even a dance segment.

You may read more on our concert here! 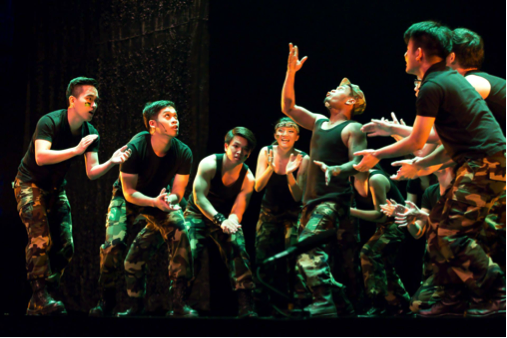 2. We take our work very seriously 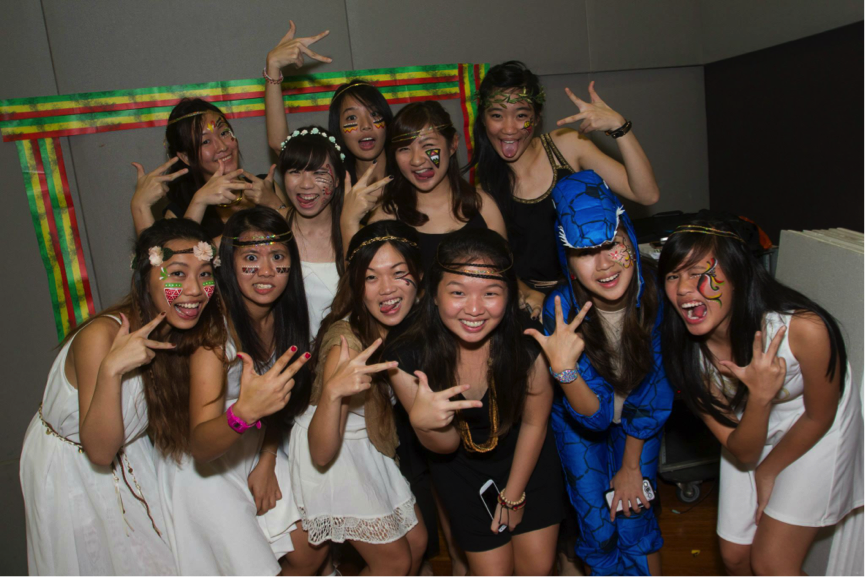 3. We take our parties very seriously too

Apart from training with our instruments, we also often find other expressive outlets. Samba has been known to have the most outrageous parties with the most outrageous themes and people. At Samba Masala, almost every occasion is worth celebrating and throwing a party for. At times, we throw parties even without any special occasions! Let’s just say we are all party animals at heart. But one thing’s for sure—if we decide to throw a party, it’ll be a big one. Everyone will be dedicated enough to appear in the most spontaneous (and often, hilarious) costumes and props. I guess that’s the greatness of having friends with the same “party-sanity”! 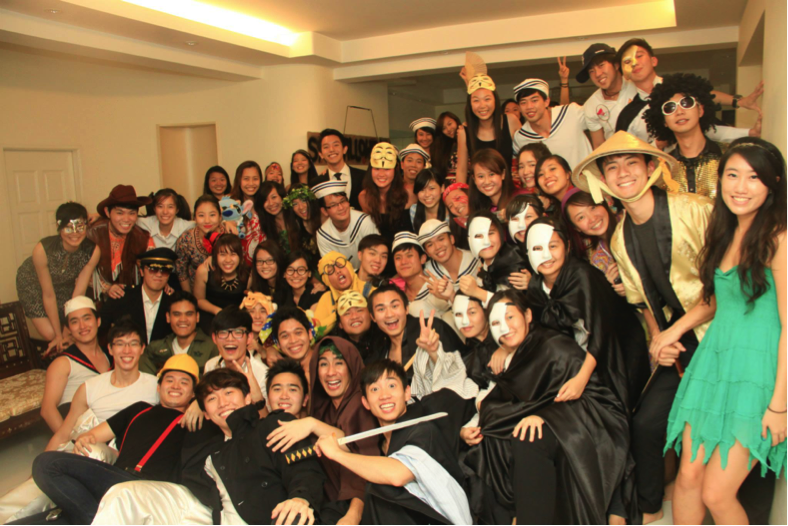 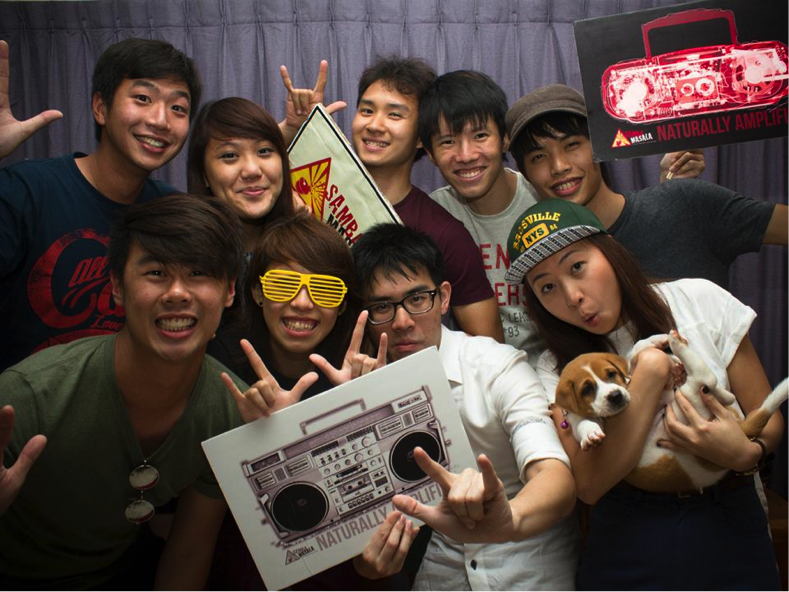 4. We perform anywhere and everywhere 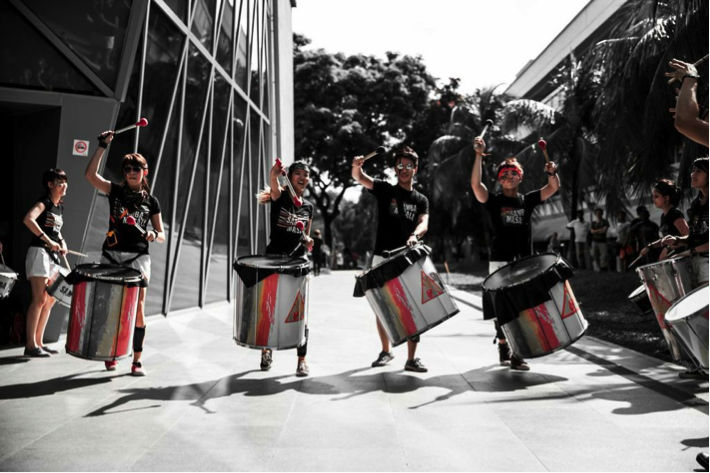 “Where there is space, Samba Masala plays.”

Where there is space, Samba Masala plays. We grab every opportunity to perform (as long as it does not clash with our schedules, of course) and we don’t discriminate locations! We have been all around Singapore, conquering the east and the west during our 2012 summer highlight: Sambatida III – 9 locations in 8 hours.

As if it weren’t enough, we’ve explored places out of our sunny island as well. Germany, Ireland, and several other parts of the world! We have also been requested by overseas companies to play at their events. Indeed, if we have the chance, we will perform anywhere and everywhere. 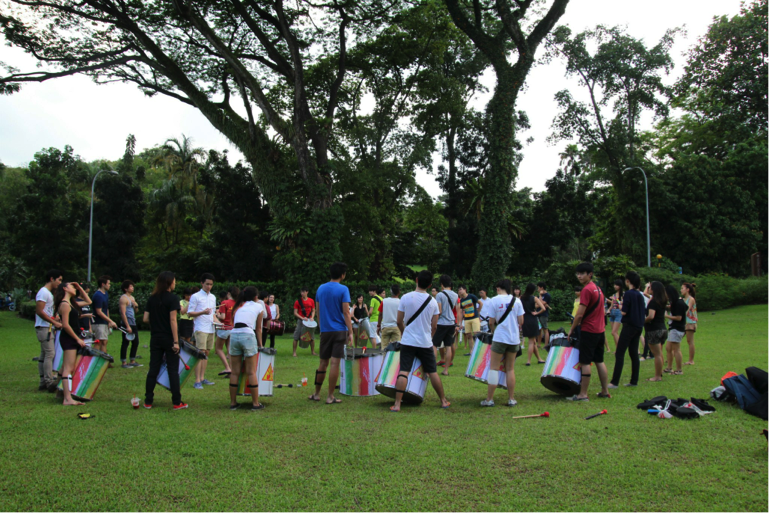 5. We study hard, we play hard

Stripped off our performer alter egos, we are still just students studying in SMU. During the exam period, something pops up in the Li Ka Shing Library: SambaLand! It’s a place suitable for meditation, as samba members (as well as their friends who are always welcomed to join) get down to some studying business.

6. We have the most wicked instructors

Idham Budiman (Budi) is one of Samba Masala’s founders, and has been the band’s pillar of support since its founding. An avid performer, Budi’s forte as a vocalist and a percussionist is recognised through a multitude of platforms. Within the local scene, he has made his mark through a host of initiatives ranging from education in schools to founding his own local samba band, Wicked Aura Batucada. Some of his many notable achievements include launching an Arts Enrichment Programme with the support of the National Arts Council and Ministry of Education, co-directing a collaborative performance for the President’s Charity 2003 charity concert, as well as rearranging and singing the National Day Parade (NDP) song Home for the NDP Parade 2013. Internationally, he has also made his mark with Samba Masala in a host of cities that include Ireland, London and Germany. Watch out for Budi as he sets stages ablaze and leaves a trail that continues to map the globe. 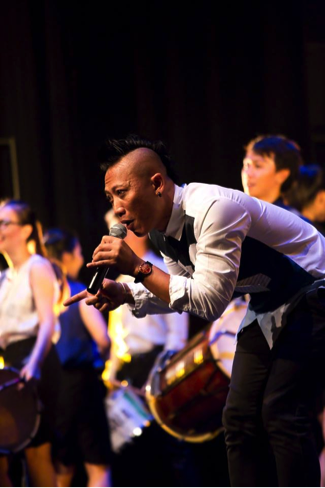 Riduan Zalani (Uan) is one of Singapore’s most prominent young artists and has garnered widespread recognition both locally and internationally. After being exposed to the drumming world at a tender age, he pursued his interest in percussion with passion, dedication and ambition. His mastery in his art has bagged him numerous awards, such as the “Yahoo! Singapore 9 Award”, the “Goh Chok Tong Youth Promise Award (2006)”, and most recently, the “ASEAN Youth Award 2013”. Ever since joining Samba Masala in 2012, Riduan has consistently toiled to improve the band and refine our art form, and has contributed significantly to our growth despite his short residency. Keep an eye out for Riduan as he graces the stage and continues to make waves in both the local and international scenes. 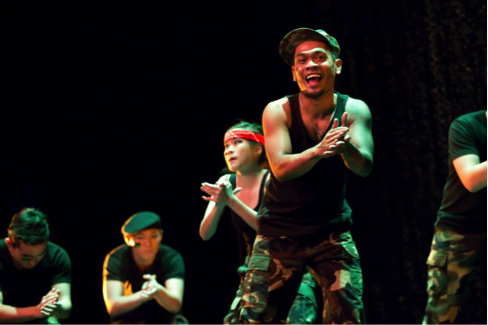 7. Samba Masala is a lifelong relationship

Samba Masala does not just end when you graduate. In fact, Samba never ends. It is embedded amongst all of our lives, whether we are aware of it or not. Members often don’t notice their own fingers tapping and snapping to the Samba Rhythm outside trainings. It becomes a norm for most of us as well, to the extent that people actually get withdrawal symptoms during examination period when we temporarily postpone practices. Apart from forging strong friendships, some Samba Masala members also find themselves getting involved romantically along the way. We value privacy so we won’t mention names! Haha. Indeed, sharing a common passion for the music we play is a great conversation starter. But I think what stands out the most is that even after graduation, members still often come back for practices. Some even join other Samba bands that are freelance. This goes to show how much Samba Masala has impacted our members’ lives! 🙂 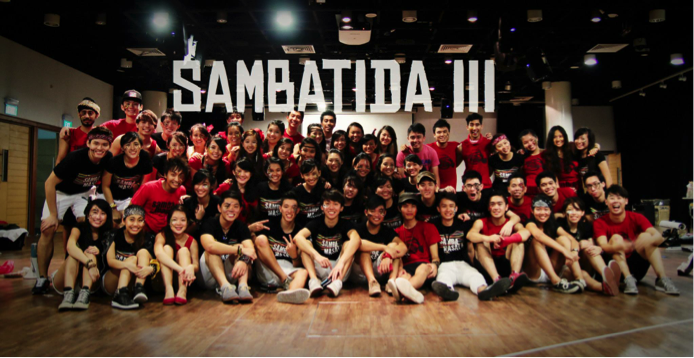 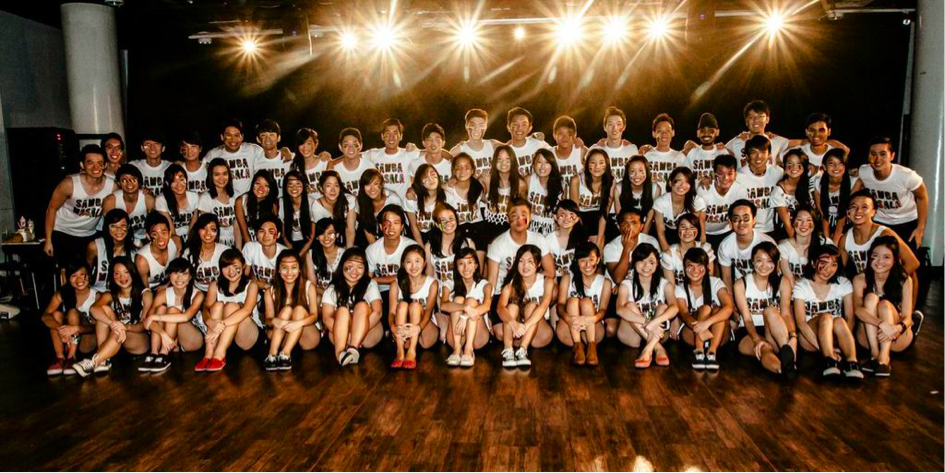 The Samba Masala family in attendance

8. We have the coolest dance instructor

Bryan Lee has been Samba Masala’s resident choreographer since 2010. In this short span of four years, Samba Masala’s showmanship and flair has grown exponentially. Starting out as a freelance dancer in 2001, he began training with renowned local choreographers like Zaini and Ryan Tan. Today, he is a highly sought after dancer in the commercial dance scene. Bryan also prides himself as the pioneer wacker in Singapore. Ever since he introduced this funky style of dance to our local dance scene, it has undoubtedly flourished and gained popularity. Alongside being a professional dancer, he has also committed his time and passion to being a dance instructor, continuing to inspire generations of dance talents. Several noticeable achievements of his include clinching numerous awards at dance competitions such as “Danceworks Competition”, “Floor The Love Dance Battle” and “Studio We Code Edge”. Watch out for this rising talent because he is surely going to blaze the local dance scene with his fiery passion for the art form he loves best. 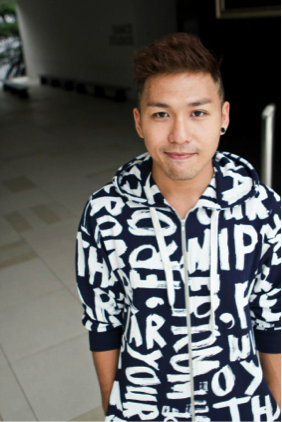 9. We mouth jam when there are no rehearsal spaces for us

If you’re wondering what a mouth jam is, no it isn’t a breakfast routine where we fill our mouths with jam. Instead, it is our meek attempts at beatbox! In the event where we do not have a rehearsal space, we can only resort to using our voices to imitate our instruments. Although it sounds completely absurd, it actually really helps us with our practices! Who knows, maybe we will explore the opportunity of performing Samba with our hidden talents haha. Stay tuned to find out? 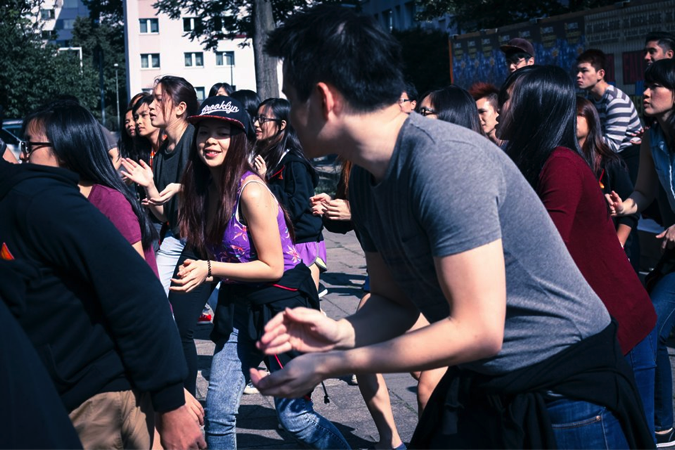 “We mouth jam when there are no rehearsal spaces for us”

10. We are entirely in charge of making ourselves look ‘pretty’ on stage 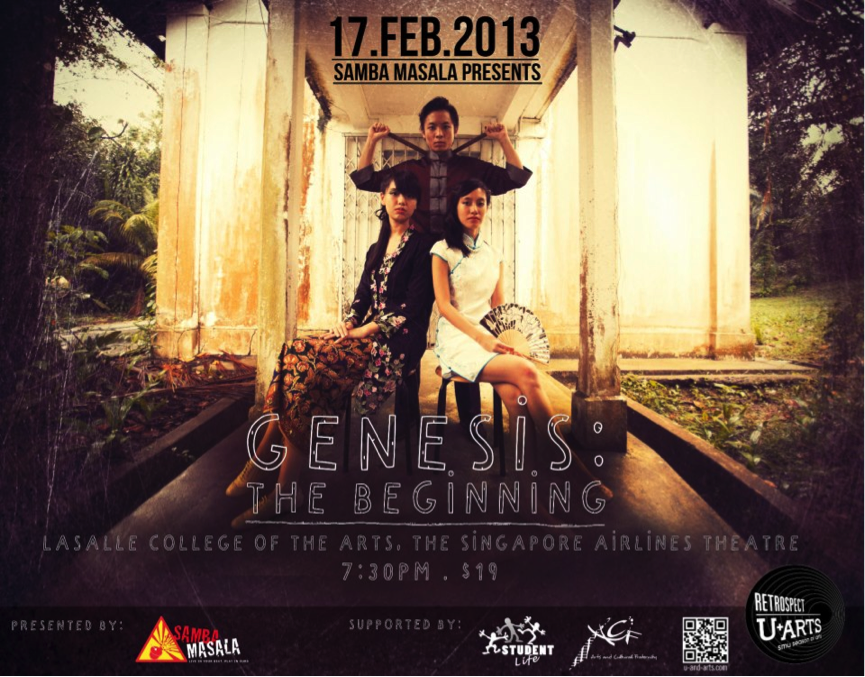 Samba Masala has never hired external partners to help with makeup, hair, or face paint. If you didn’t already know, our face paint is pretty much our identity! It accentuates our fierceness during our performances. And everything is done by the members themselves! In fact, many people realise their painting talents through face painting for other members. Many also start to get very interested in hair and makeup. When hair, makeup and face paint are done collectively as a band, everybody shares a common identity. Many members also get to bond through these preparation times. 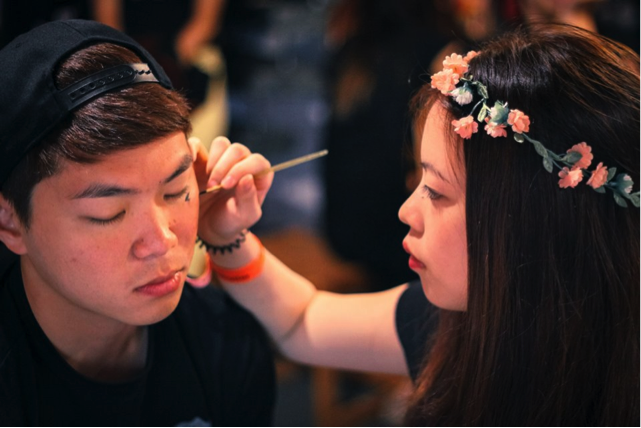 Making ourselves performance ready is a tough job! 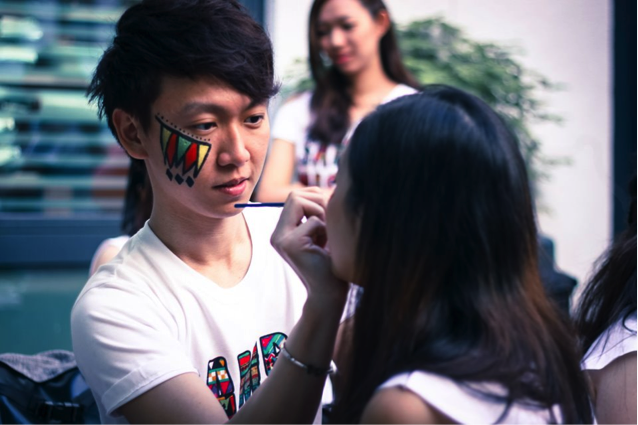 Everybody pitches in to make ourselves presentable on stage – even the guys!

So there you have it, the 10 things you didn’t know about Samba Masala. Hopefully, this has given you an idea of CCA life at SMU, and has encouraged you to maybe try out one or two activities that might interest you at the moment. Just remember to look up Samba Masala if you’re up to jam, make beautiful music and discover another family that will last for a lifetime.

UPDATE: Samba Masala has also just returned from a trip to Germany, where they took part in an informal exchange, performing with top-tier Samba bands Bloco X and Terra Brasilis! The two-week stint saw Samba Masala electrifying crowds at the Rakatak Percussion Festival, Berlin and  the 23rd Coburg Samba Festival. 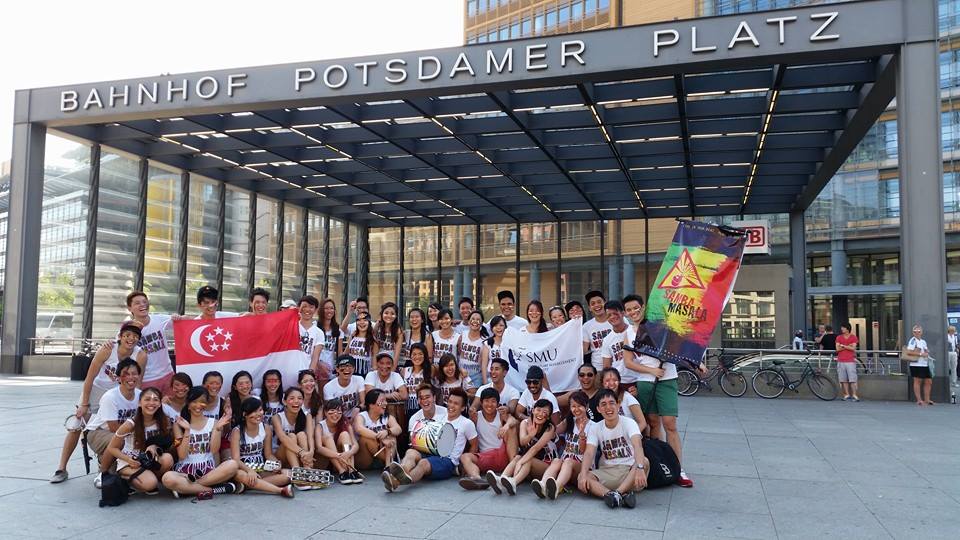