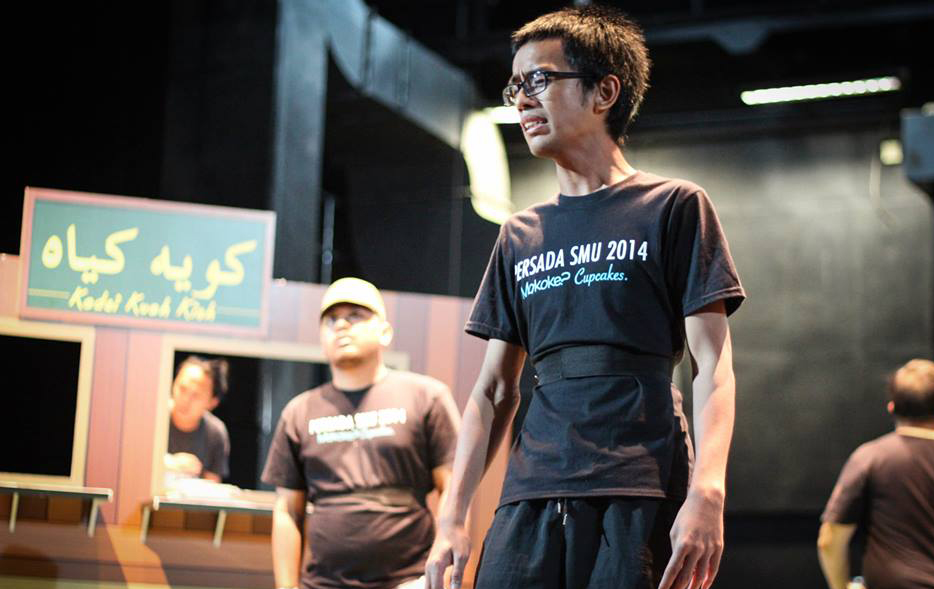 In the fourteen years since its establishment, Singapore Management University has produced graduates of the highest calibre—excelling not only in academics but also in the workplace. But as an advocate of holistic learning and character development, the university looks beyond just developing academically-gifted and professional graduates. The curriculum provides opportunities for students to cultivate their moral character. Being able to empathise, help others, and rise above the obstacles and challenges in life are key attributes that have become synonymous with SMU students. Following the interview with our class valedictorian of 2014, this post highlights another of SMU’s recent graduates, a student who overcame many odds to arrive at the end of the rainbow.

At first glance, Suhaimi bin Sudar may seem just like any other graduate from SMU’s School of Economics but in his four years at the university, he has overcome personal challenges and still gone on to complete his degree, excel at co-curricular activities (CCAs), and contribute to society by participating in various community service projects. Diagnosed with a mild case of cerebral palsy that affects his writing and speech, Suhaimi joined SMU in 2010 to pursue his undergraduate degree in economics. With SMU’s interactive pedagogy—one that is heavy on oral presentations and in-class participation—there were a lot of difficulties that Suhaimi had to face during his time at university. 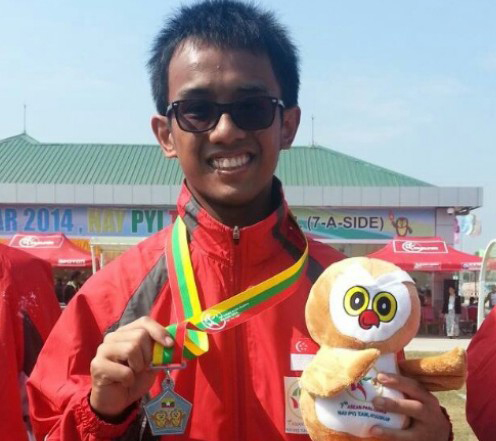 In spite of this, Suhaimi worked hard at school, persevered through SMU’s challenging curriculum, and even participated in various co-curricular activities. He held leadership positions on the executive committees as an active member of the SMU Malay Language and Cultural Club and SMU Komunitas Indonesia (Indonesian Cultural Club). He also participated in athletics, winning the silver medal with his 7-a-side football team at the 7th ASEAN Para Games at Nay Pyi Taw, Myanmar, last January 2014. Notably, he recorded a whopping 233 hours of community service (the minimum requirement is 80 hours per student) with different projects during his time at SMU!

We had a brief interview with Suhaimi where he shared about how he was able to cope despite his difficulties, his community service experience, and his overall experience at SMU.

Q1: Hello, Suhaimi! It’s amazing that you were able to clear 233 hours of community service during your time at SMU! Could you tell us more about your community service experience, as well as what drove you to pursue community work above and beyond the normal 80-hour requirement? 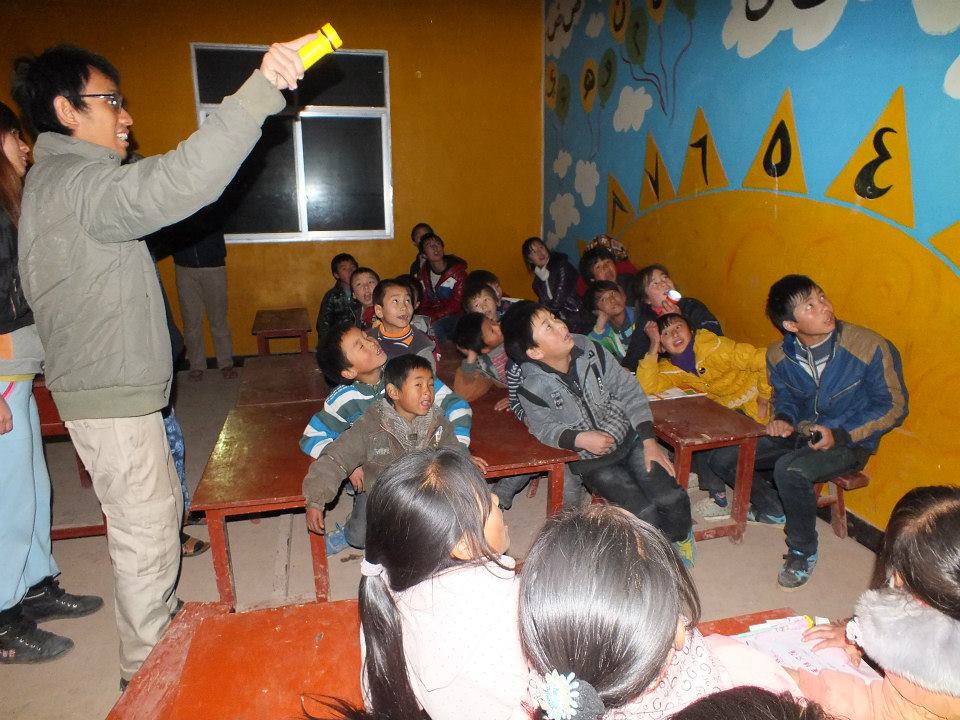 Suhaimi’s passion for service on display: teaching some of the children during one of his many community service trips.

Q2: Which of the many community service projects you went on left the biggest impact on you and why? What happened during the trip?

Project Xing Fu II (2012) in Kunming, China. Despite the various background differences between our team and the village children, we managed to bond well with them. They came to our dormitories every day to meet us and play games together. Even though most of us are not proficient in Mandarin, our affinity with the children enabled us to communicate well with them and we managed to learn their traditional games. The lively interaction definitely helped when we were conducting the Arabic and sanitisation lessons for them. The cheerful atmosphere that they brought to our stay area made this trip really memorable. 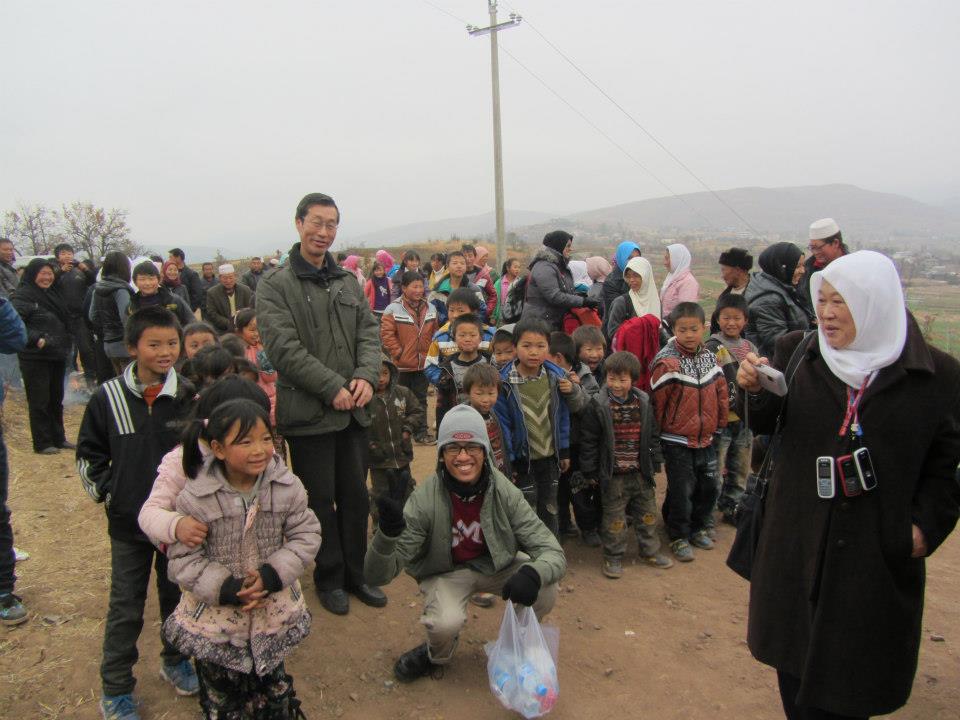 Suhaimi at the village for Project Xing Fu II

(Project Xing Fu II went to the village of Kunming, China. The villagers were predominantly Muslim, and during the two-week stay at the village, the team helped to refurbish the local kindergarten, paint pictures on the classroom walls, raise funds for the construction of a multipurpose court within the school compound, and teach the children in the village basic Arabic language, as well as knowledge of basic healthcare and sanitation.)

Q3: We heard you have a mild condition, which affects your writing and speech. Did that make your SMU experience difficult, especially with all the presentations and essays? How were you able to overcome these difficulties, and go on to excel at school?

I was initially worried about presentations, due to my speech difficulty. But I was glad when peers and professors told me that my speech could be understood even though it was not as clear as the other students. Over time, I began to see improvements in the clarity of my speech, due to the numerous presentations that I had to deliver. I am also thankful to have friends and professors who understood that I had to write slowly. My friends assisted me when I couldn’t jot down notes in time during lectures, and my professors permitted extra time for me during tests and exams.

Q4: How would you describe your SMU journey? Would you say you’re a different person since you started university, and if yes, how so?

COLOURFUL! There are many things that painted my SMU journey. From friends, CCAs, to overseas experiences. Yes, I feel I’m a different person from four years ago. The education and various opportunities in SMU have enabled me to become a more confident, outgoing and jovial person! 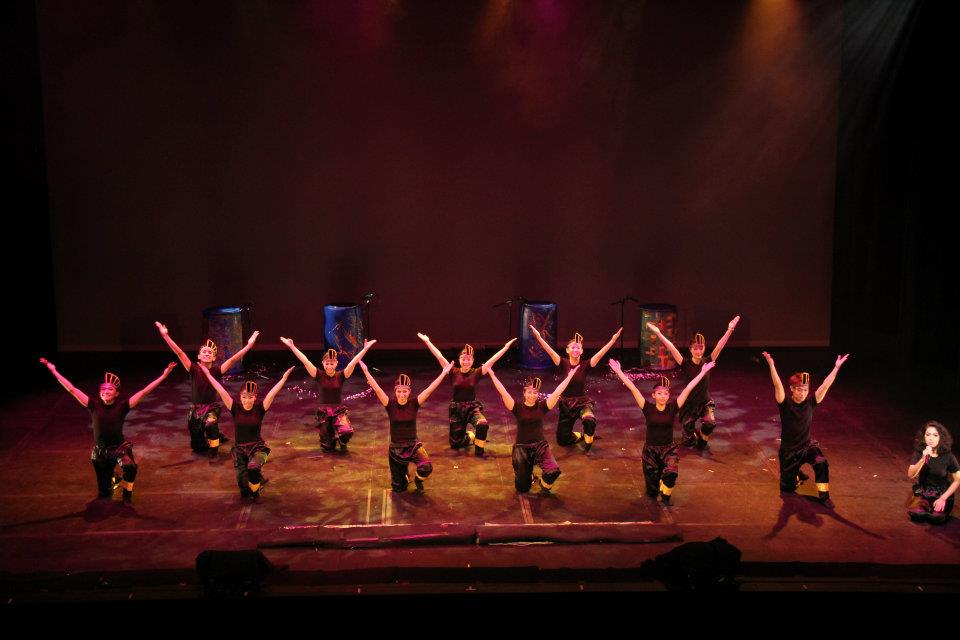 Friends, CCAs, and experiences changed Suhaimi over the course of his SMU life

Just two weeks ago, Suhaimi received his degree scroll along with a record batch of more than 2,100 SMU fresh graduates at SMU Commencement 2014.