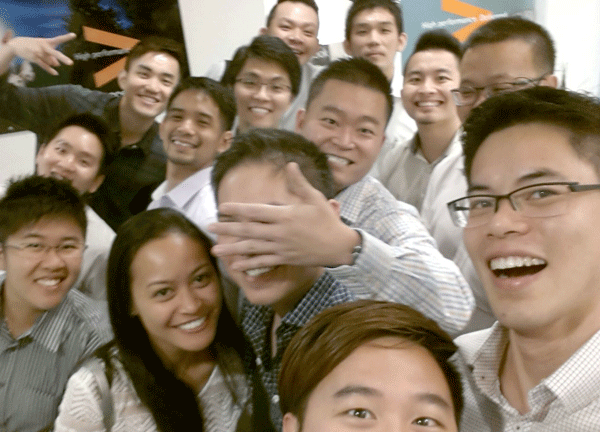 So you’ve made the decision to pursue an MBA, after what has presumably been many years away from the classroom. You confidently step into the class during orientation… and to your shock and horror, most of your would-be classmates are nearly half your age.

The prospectus said that the average age of the students was 30. If your experience is anything like mine, the ones at the older end of the spectrum are 30, which makes you an outlier at nearly 40. Your head starts spinning from: the slang terms that only millennials seem to understand, the cool t-shirts and berms, and all that IT-related activity that is going on around you…

Naturally, some adjustment will be required on your part, grandpa. During your time in school, Ayumi Hamasaki was cool, Windows XP was everywhere and you learnt how to do the Macarena to impress the opposite sex. Nowadays the boys wear really short shorts (and none of them seem to have any leg hair), everyone seems to be using a MacBook and nobody seems to speak proper 3ng1i5h.

But wait. Superficialities aside, it gets worse. Here are the top issues that a mature student should be prepared for, coming into the SMU MBA program:

1. The class outings and parties. These ‘kids’ seem to have inexhaustible reserves of energy, and love to organise group activities like touch-rugby and MMA matches that will test the structural integrity of your ancient, rusted skeletal structure. Don’t be afraid to tell them that you have to spend time with your family. Or that you prefer to spend long hours sedately reading poetry in the library.

2. The Powerpoint and the Excel. You came of age when Windows 95 was just launched, but your younger classmates grew up in an education system which had them doing Excel macros since primary school. Don’t get despondent if you can’t seem to keep up with them, especially during Decision Analysis class. Just eat humble pie and ask the whiz-kids for help and advice.

3. The alien sartorial environment. Being a working professional, you’re used to the daily routine of putting on a long-sleeved shirt – maybe even with a tie – and proper slacks/ pants. That sharp ensemble now makes you very overdressed in a class that resembles the cast of a Justin Bieber music video. Dig out your old t-shirts, jeans and berms (if they still fit!), and try not to look like a shifty shoplifter while wearing them.

4. The group projects. Almost every module will require you to be in a group with other students, and if you’re the oldest in there, don’t be afraid to take charge. Most of your teammates will look to you to take charge anyway, and your greater working experience will be valuable when it comes to apportioning work and delegating responsibilities.

All’s said and done, the occasional awkwardness of feeling my age has been but a small part of my MBA journey. After all, I chose the SMU MBA as I wanted the opportunity to learn under world-class professors and lecturers. (And because Tuas and Clementi are really too far away.)

2 thoughts on “Advice for mature students taking the SMU MBA”