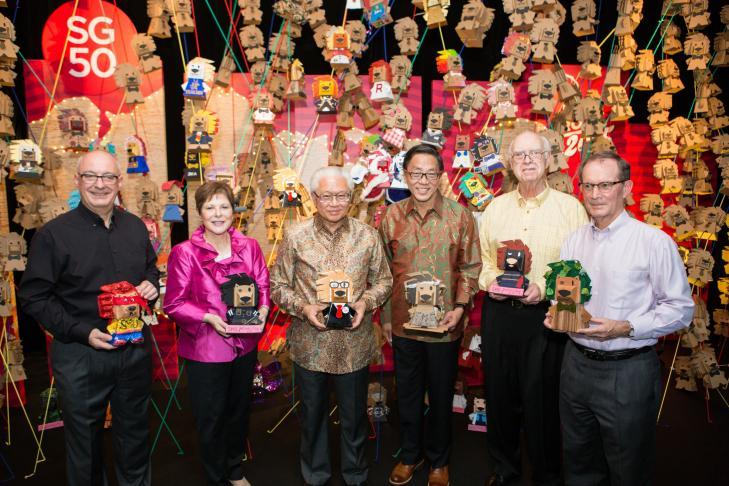 In this blog post, we chronicle the memorable moments and events held in celebration of SMU’s 15th Anniversary and Singapore’s Golden Jubilee.

SMU15 was officially launched on Patron’s Day 2015, an event that was graced by SMU Patron, Singapore President Tony Tan Keng Yam. It was an especially significant occasion for President Tan, who was instrumental in the establishment of the University and became its second Patron in 2011. 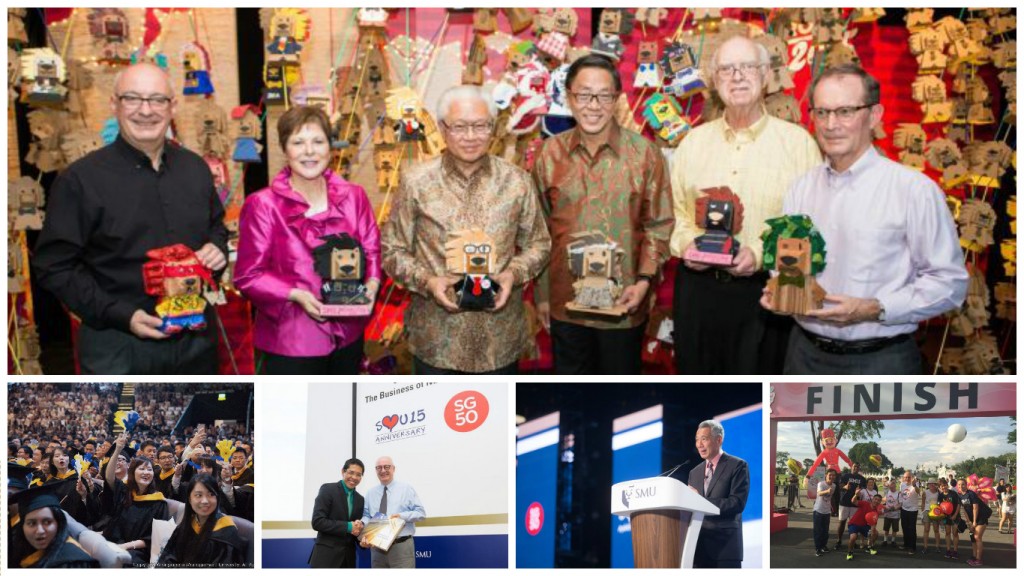 Bottom photos from left to right:

In 2015, we were honoured to host several academic luminaries and global thought leaders who presented lectures in their respective fields. Some of the highlights for this year’s Presidential Distinguished Lecturer Series included:

At another SMU hosted event, Nobel Laureate in Economic Sciences Sir James Mirrlees delivered a thought-provoking lecture on “The Causes of Economic Inequality”. This lecture was part of the Nobel Prize Series Singapore 2015, where four Nobel laureates were invited to speak in Singapore on 6 November 2015. Sir James discussed how rising income inequality is becoming a major social-political issue across the world. 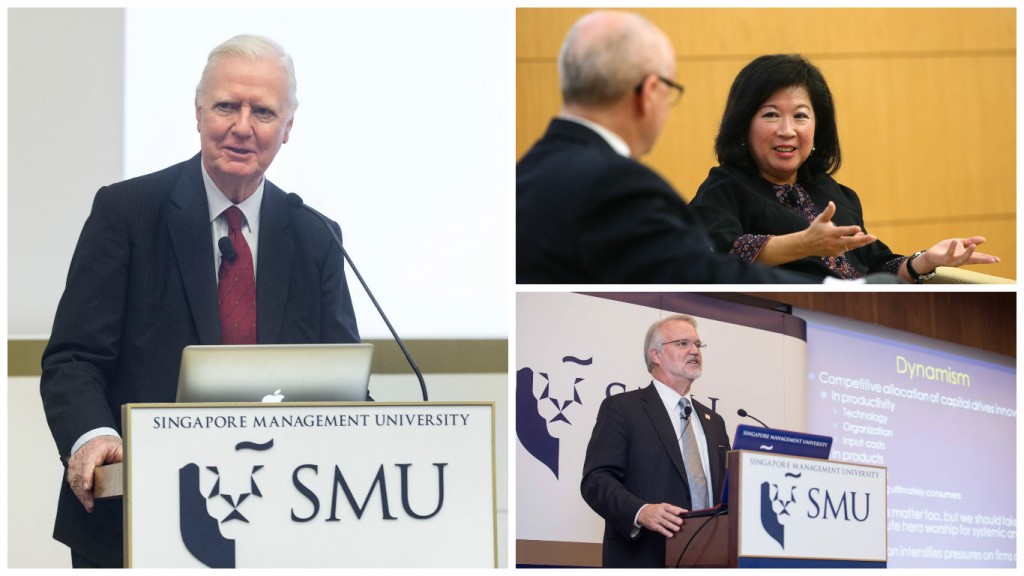 But lest you think SMU is all about academia and nothing else, on 21 September 2015, SMU commemorated the United Nations’ (UN) International Day of Peace with its largest celebration of this annual tradition in a decade to mark SG50 and SMU15. Students from about 40 nationalities—which was the most diverse representation ever for the annual event—participated in this year’s celebrations. 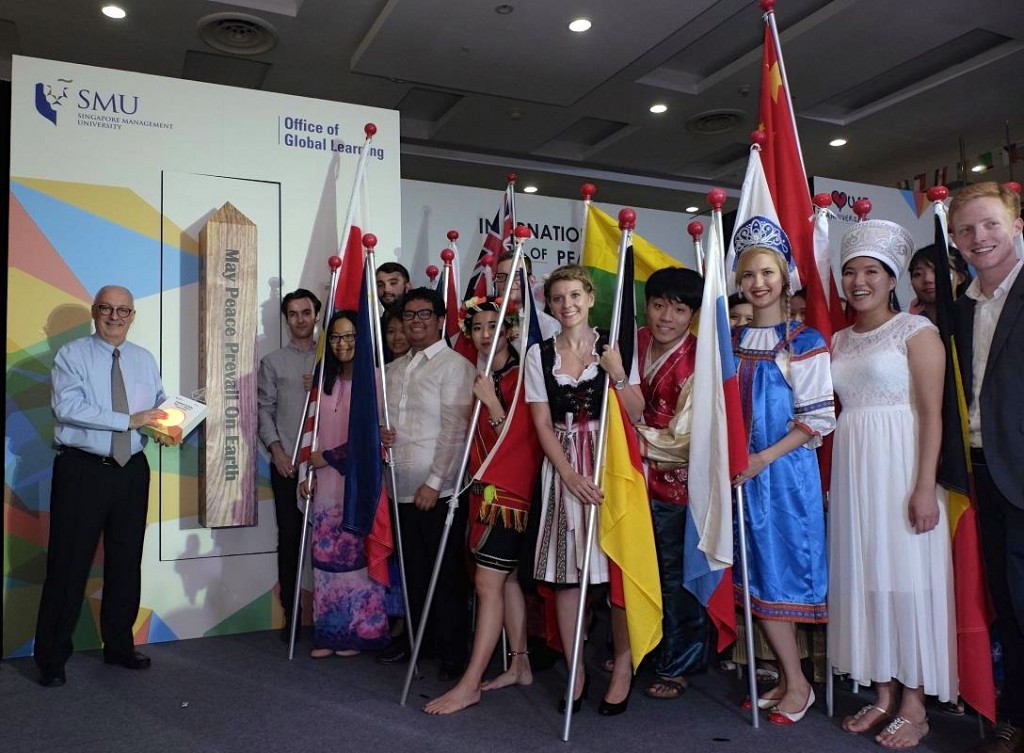 Photo: SMU students and SMU President Professor Arnoud De Meyer (with tie) at the unveiling ceremony of the Peace Pole.

And what would a university be without its students? On 7 December 2015 at the SMU Leadership Symposium, Vice Provost Professor Pang Yang Hoong launched ‘Snapshots by SMU’, a microsite sharing real stories of our students and their inspiring experiences of their co-curricular activities (CCAs). Done in a fun photojournalistic style, the microsite offers personal insights from student leaders, sharings by esteemed industry and community leaders, as well as lifestyle articles which connect SMU to our wider community. 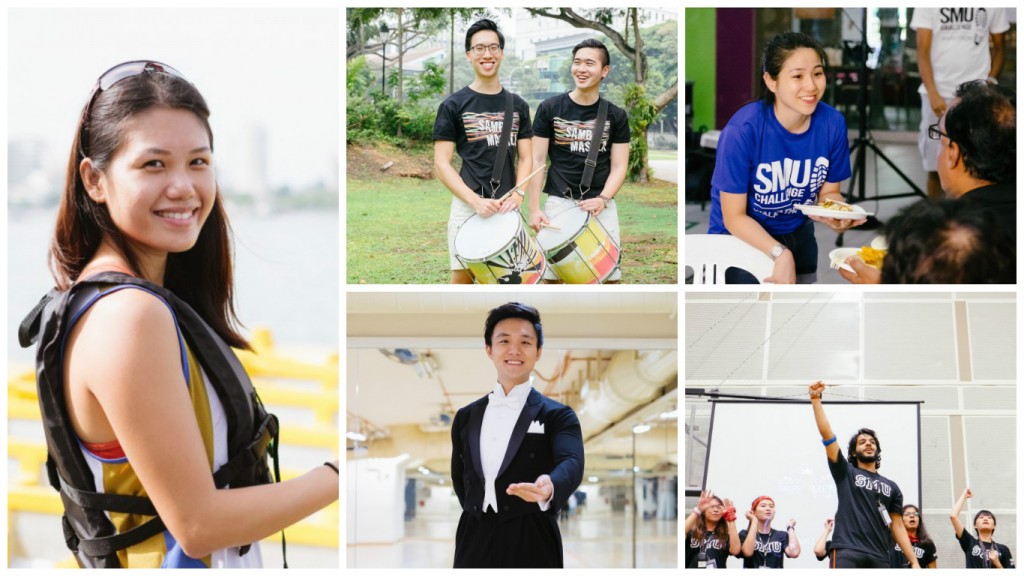 As we reflect back on 2015, we are proud of the outstanding accomplishments of our students, faculty members and alumni. 2016 is just peeking round the corner and we look forward to another fantastic year ahead!