In many ways, Hong Kong is similar to Singapore. It is economically strong, has well-developed infrastructure (notwithstanding the hilly areas and the New Territories) and is densely populated due to its small size. The challenges faced by Hong Kong are not unfamiliar grounds for Singapore either – rising property prices, abysmal birth rates, and increasing tension among and between citizens and non-citizens with the growing multiplicity of foreigners working or studying in Hong Kong.

Given Hong Kong’s similarities and proximity to Singapore, I thought I knew just about everything that I needed to know about the region. This naive confidence was further bolstered by my previous visit to Hong Kong, which was purely for leisure (Hong Kong Disneyland, anyone?).

I was pleasantly surprised during my second trip to Hong Kong that I had so much more to learn about the bustling city. Led by Professor Kelvin Low, the twenty-odd of us were provided with a sneak peek into the laws, the political climate and the day-to-day law related concerns of the Hong Konger-on-the-street.

True to Hong Kong’s style, we had to walk very quickly from place to place. As Professor Low had curated a jam-packed schedule of over six days for us, we had no time to lose. Most of us did not mind the walking; it allowed us to feel better about our indulgence in Hong Kong’s food!

On the first day, we were brought on a Legal History tour and a Kowloon Walled City tour to better understand how Hong Kong adopted its current legal system, post British colonial rule. We visited the Court of Final Appeal, and the Man Mo temple, among others. 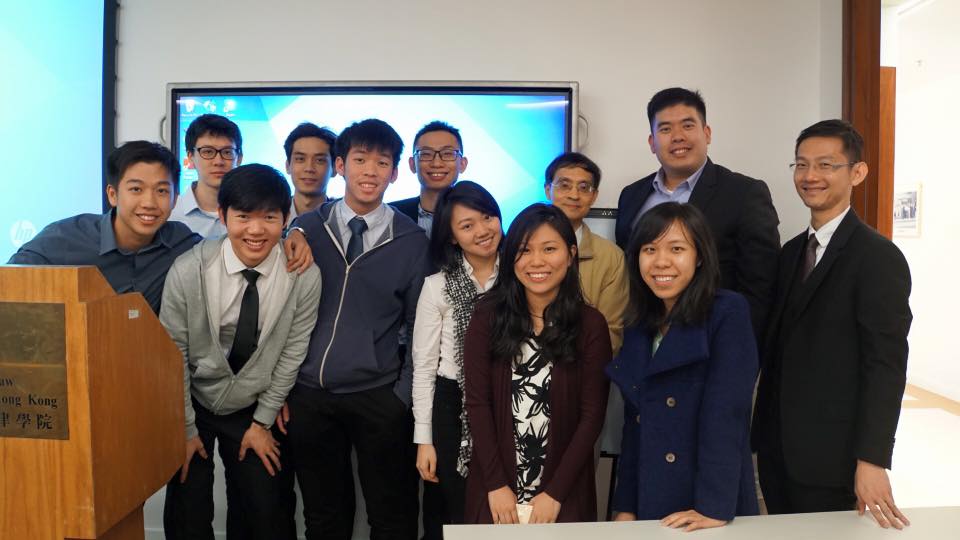 At the University of Hong Kong

One of the most interesting perspectives to hear from was Mr Benny Tai, the brainchild of Hong Kong’s Occupy Central Movement. For the uninitiated, the Occupy Central Movement was an act of civil disobedience. Spanning 79 days in 2014, the movement sought to fight for genuine universal suffrage, especially with regards to electing Hong Kong’s Chief Executive. This movement polarised Hong Kongers, and made international headlines. Naturally, much of the discussion during the trip revolved around the movement, as we were keen to learn more about Hong Kong’s views on it.

We also visited several other places, such as the Department of Justice (similar to Singapore’s Attorney-General’s Chambers), the Independent Commission Against Corruption, the Hong Kong Bar Association and even the Hong Kong Jockey Club. 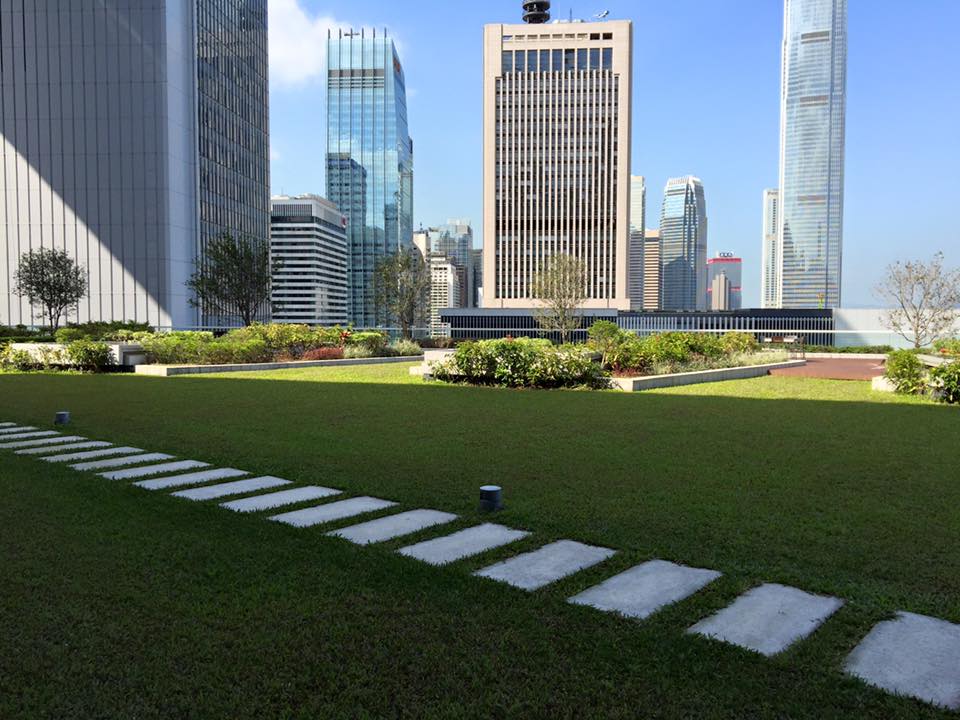 Personally, my favourite visit was to the Legislative Council (LegCo), which functions much like Singapore’s Parliament. For one, the entire complex is aesthetically pleasing; the building overlooks the sea, and even has a lush green garden space for LegCo members and visitors to appreciate the scenery. 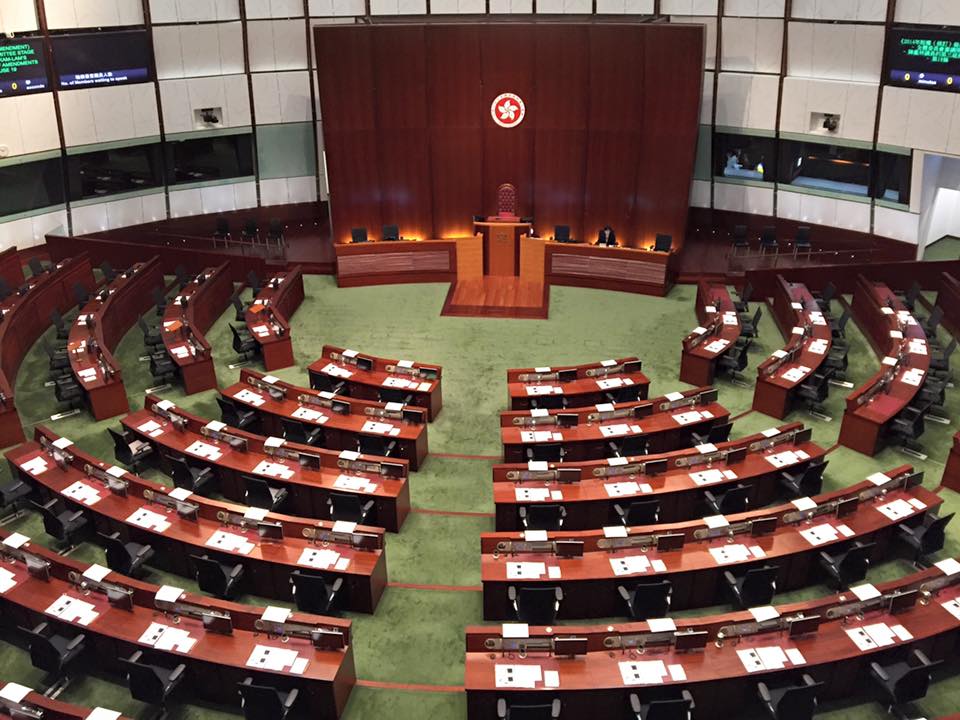 Grand Seating Arrangement inside the Chamber of the LegCo Complex 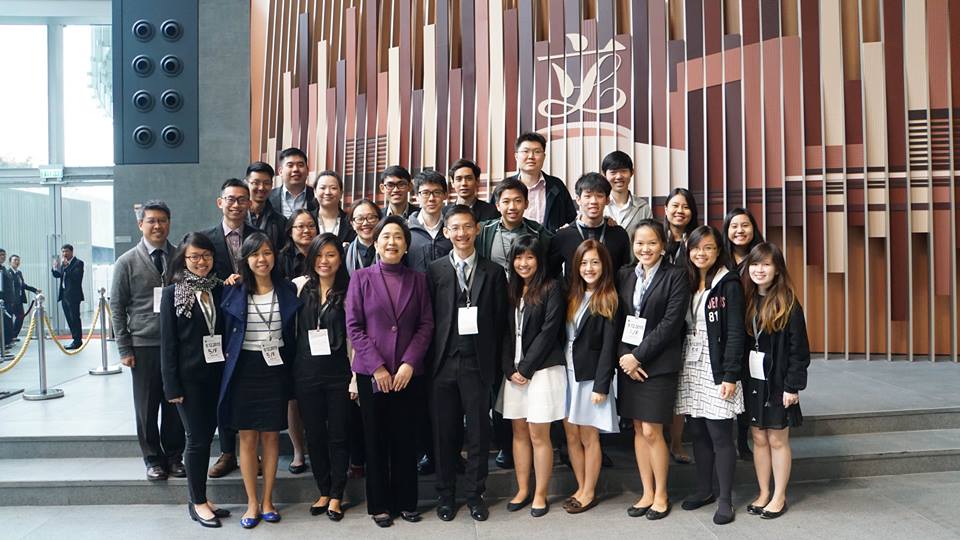 The group with Ms Emily Lau, a member of the LegCo

We were allowed to sit-in for one of their weekly meetings, and it was an eye-opening experience to witness firsthand how the members debated over bills. Members of the LegCo, such as Mrs Regina Ip, Ms Emily Lau, and even the President, Mr Jasper Tsang, had taken time off to share their experiences with us.

Was it an enjoyable, and enriching experience? Absolutely. Would I recommend it to other SMU students? Definitely. This study mission provided me with the rare opportunity to truly consider the legal, political and socio-economic aspects of a city so similar and yet so different from my home country. I was engaged intellectually, and quite apart from the decadent dim sums, I learnt to better appreciate how the complexities and peculiarities of a city can shape its political climate, culture and perspective.

To find out more about global exposure opportunities at SMU, please visit admissions.smu.edu.sg.

SMU15: A Retrospective on 2015
Project Vikasa: Through the Eyes of the Women of India