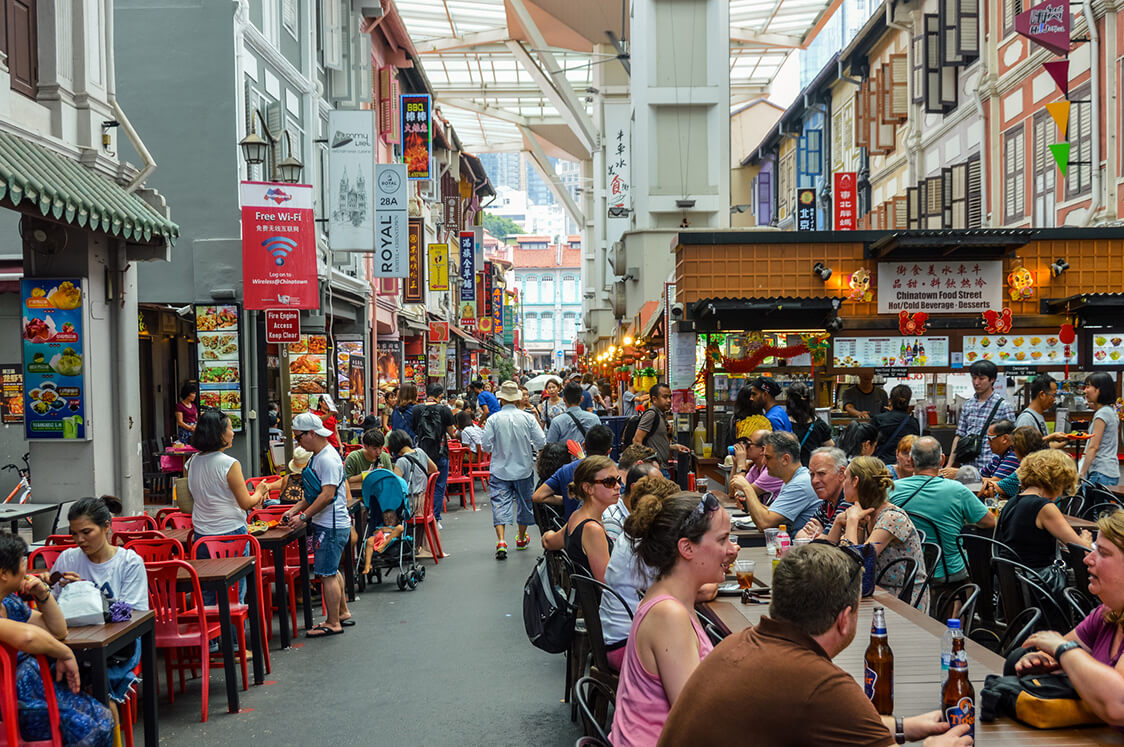 Singapore’s local cuisine is the outcome of different food traditions intermingling through trade and cultural exchange. As what the world eats becomes increasingly globalised, Lily Kong argues that the best way to keep Singaporean food culture alive is to share it with others abroad. 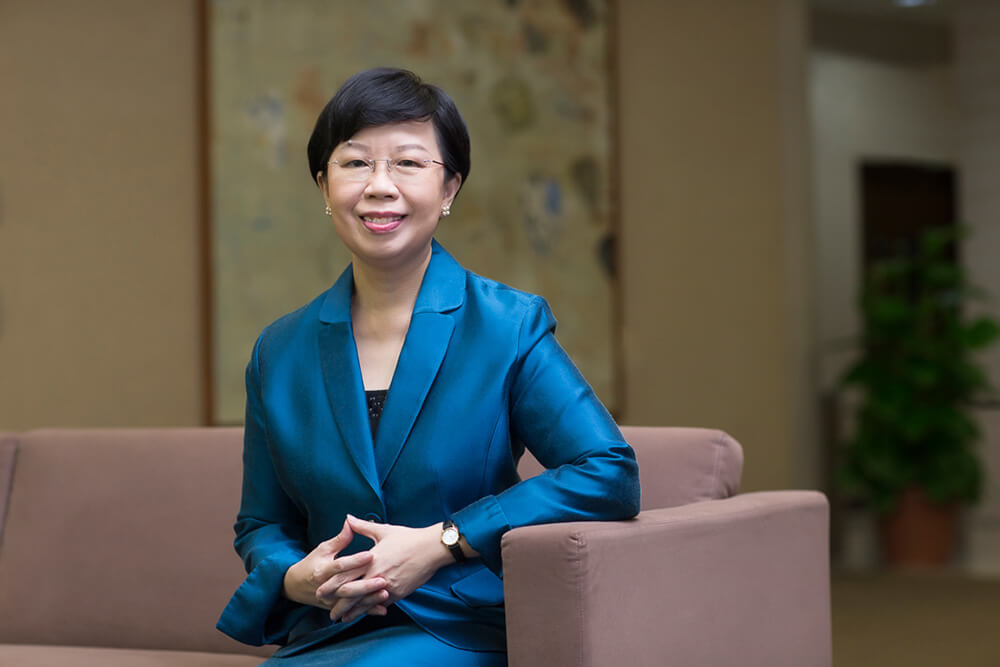 It is easy to take for granted the spread of foods across the world, from the availability of sushi in landlocked countries to the ubiquity of French baguettes in households in many parts of the world. Such movements of food across regions, nations and continents are not new, but their scope and speed have increased dramatically in recent years. Originally driven largely by global empire and global trade, they have been fuelled in recent times by the escalation of globalisation.

Such movements are, however, not merely about trade and commerce but have implications for the maintenance and promotion of food heritage and cultural identity. While the globalisation of local food in cities is by no means an exclusive or necessarily better way of preserving and promoting a particular food in its original hearth, it can be a powerful contributor to sustaining local food culture and heritage.

“The globalisation of local food … can be a powerful contributor to sustaining local food culture and heritage.”

Local foods are commonplace in Singapore and may be found in hawker centres, coffee shops, and restaurants. However, the hawker trade, which produces some of the best local favourites, has been the subject of some concern. For instance, there is worry that the quality of local foods served commercially is declining due to the use of “shortcut” strategies in food preparation and cheaper, lower quality ingredients. Retiring hawkers have few to pass their skills to, as not many young Singaporeans are interested in entering a low-paying trade that requires hard work. Newly arrived migrants have begun to take their places, but there have been complaints that they cannot reproduce Singapore dishes to the same standards of authenticity and quality. More attention has recently been directed to preserving and sustaining Singapore’s food heritage, especially local street fare.

It is in this context that the spread of Singapore’s food heritage abroad to other cities becomes significant. Singapore cuisine is enjoying growing popularity and gaining greater awareness overseas. Dishes like laksa, chilli crab, char kway teow, and chicken rice are turning up in cities like London, New York, Toronto, Mumbai, Tokyo, Seoul, Shanghai and Moscow, and becoming recognised and associated with Singapore globally. Food products like kaya, popiah skin, curry pastes and seasonings from Singapore are also making their way to the shelves of supermarkets overseas. Food festivals featuring Singapore cuisine are being held in various countries, helping to introduce home-grown favourites abroad.

This spread of Singapore food overseas is due to the efforts of various agents—including food manufacturers that export Singapore food products, Singapore restaurants opened by entrepreneurial individuals or businesses, and foreign hotels that seasonally promote Singapore fare. Chief among them is the Singapore government, which plans and implements various events, initiatives and policies through different public agencies to promote Singapore foods internationally.

In 1994, the Singapore Tourism Board (STB) launched the first Singapore Food Festival, an annual event showcasing a tantalising spectrum of Singapore’s local cuisine; it continues to run in various countries across the world. STB has also established an internal Food and Beverage Division especially to develop culinary tourism, reflecting the importance that Singapore places on cuisine as a key theme for tourism marketing. STB’s efforts reflect the realisation that food is an attraction that can increase visitorship to the city and increase economic revenue through tourism. In a 2014 survey, more than one-third of leisure travellers in the Asia-Pacific region (APAC) said food and drink is the determining factor in where they choose to vacation. Efforts to promote the city’s food offerings to attract tourist traffic seem to have paid off: leisure travellers voted Singapore the third favourite culinary destination in APAC in 2014.

One interesting multi-agency initiative has been a mobile pop-up kitchen called Singapore Takeout. Launched in 2011, it resembles a shipping container which travels to major international cities showcasing Singapore’s culinary offerings, marketing Singapore as a key gastronomic destination. Celebrated Singaporean chefs are brought to these cities, where they prepare iconic Singapore dishes and conduct cooking demonstrations. Another government programme, the Global Chef Exchange, invites influential chefs from all over the world to Singapore to familiarise them with local culinary culture, with the hope that they will create Singapore-style dishes back home and raise awareness of the cuisine.

Food exports also contribute directly to Singapore’s economy, accounting for some S$4.2 billion of value in 2012. The government has sought to get Singapore food products onto the shelves of more foreign supermarkets and restaurants, and to help Singapore cuisine attract mainstream consumers in markets overseas where demand is growing. It has done so by building global business networks and inter-country alliances, and by providing services to help local food manufacturing enterprises export, develop business capabilities, find overseas partners and penetrate new markets.

Prima Taste is one local food company that has benefited. It now sells food mixes such as laksa, Hainanese chicken rice and chilli crab in supermarkets and eateries in around 25 countries, and has seen healthy growth in export sales. Other Singapore food manufacturers, such as Tee Yih Jia, bakery Bengawan Solo and sauce manufacturer Chng Kee, have also found their way into mainstream markets in cities abroad with the help of government agencies.

The disappearance of favourite Singapore fare from local eating outlets does not seem imminent. Indeed, the Singapore government’s commitment to support local foods by promoting its consumption in different markets around the world may help to ensure their continued viability back home. Enhancing awareness and expanding market demand make it more economically feasible to continue to produce such foods. In this way, the globalisation of food may contribute not only economically, but also to the longevity of Singapore’s vaunted food heritage, even as the cuisine itself continues to evolve, grow and spread.

This article first appeared in the January 2019 issue of Urban Solutions magazine.

Intellectual Property and Innovation Are the Secret Weapons Retailers Need to Survive
I Wanted to Learn More About Data Analytics to Enhance My Career. SMU’s MSA Is Giving Me the Skills I Need