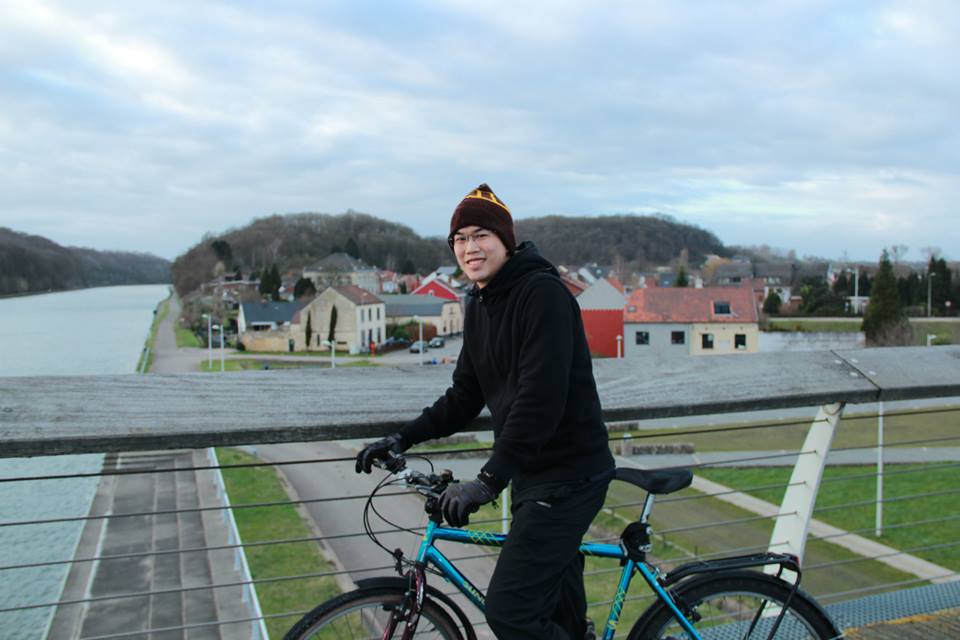 One in 12 SMU students is on a scholarship. With over 80 different scholarships available at SMU, there is one for almost every kind of scholar. Within these 80 different types of scholarships, there is one called the SMU Scholars’ Programme: a comprehensive 4-year, full-tuition scholarship which is one of the most sought after scholarships in SMU. But what makes the SMU Scholars’ Programme (SMUSP) stand out? Well, who better to tell you about the SMUSP than senior Tan Jing Ren from the pioneer batch of the SMUSP? Having known Jing Ren since I came to SMU, I’ve known him to be driven, hardworking and most importantly, a humble scholar who always helps us juniors whenever we called. Enough of my ramblings, let us hear more about Jing Ren’s inspiring journey in SMU.

Hello JR! I understand you were from an “unconventional” education system prior to coming to SMU. Please tell us more about that, and why you decided to pursue a degree at SMU.

My early education consisted of a very different route. I was educated through a distance learning program based on the US High School Diploma. In my teen years, I was given the freedom to explore varying paths. I read fiction and history and learned philosophy, debated politics in my free time, hand crafted rubber band machine guns with laser sights, and started mini businesses selling LED torches, and later computers. At 16, I was convinced that I wanted to be an entrepreneur, and what better way to do it than taking business at a management university? Furthermore, I was looking for an education that was broad-based and interactive. SMU’s seminar-styled offerings appealed to me because even as a kid, I could never sit through a class without talking, making trouble, or falling asleep. I also heard about how much fun SMU was, and how widely desired its graduates were by the employment market at large.

In your opinion, what is the most outstanding factor that differentiates the SMUSP from the other public university scholarships?

I think the key difference between the SMUSP and the scholarships of the other public universities is that the SMUSP is a Programme, not just a scholarship. You receive hoards of benefits, and you bear some obligations.  You receive, and you give back. That, I feel, engenders a sense of belonging as well as ownership.

You talked about benefits and giving back. What have you done so far as an SMU Scholar?

As part of the pioneering batch, I was privileged to be part of many firsts. First, I co-led the first SMUSP Community Service Project that taught life skills to at-risk girls aged 6-12. Second, I attended the first SMUSP Overseas study trip to Guangzhou-Hong Kong, where I also incidentally made SMUSP history as the first and only person to leave his luggage in the airport. Third, I served as a facilitator in the first SMUSP Camp, where I again made SMUSP history by tearing my knee ligament while playing fruits captains ball (Writer’s note: If I remember correctly, you slipped on a piece of banana skin while being overly enthusiastic.) I also attended many networking and celebratory events such as Chinese New Year and Mid-Autumn Festival gatherings. 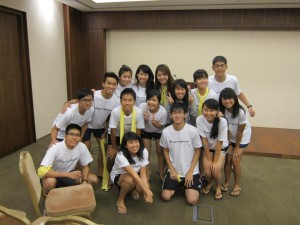 Jing Ren as a Facilitator at SMUggles Camp 2013

Out of all my achievements as a scholar, though, I feel the greatest achievement was serving as a camp facilitator during SMUggles Camp (SMUSP camp). I got to know a group of crazy juniors, many of whom went on to succeed in SMU. One of them even became a kind of mentee, and it has given me immense satisfaction to watch her take flight.

Those are a lot of activities! So, I take it you do not think grades are the most important thing about being a scholar?

Although mugging and GPA are important, they really aren’t everything. For three reasons: 1. there are much better ways to spend your time in school, 2. A great GPA alone won’t get you the career of your dreams. 3. You won’t really mug that hard if you do not have other things motivating you. In my first semester, I came in eager to make a difference. I signed up for 5 mods and 0 CCAs, participated in 0 activities, met up with almost no friends, and attempted to mug all the way. At the end of the day, I got so bored I ended up wasting my time sleeping 10 hours a day, going on Facebook, and playing Tetris. Results were good, but I felt pretty stressed and exhausted, bored and overwhelmed. 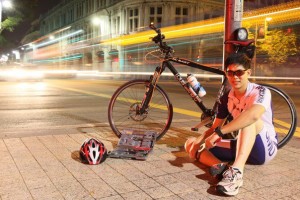 After my first semester, I started taking a more active view to school life. I joined the biking executive committee, led the SMUSP projects, joined Inspirar, organised vaccination drives, and joined case competitions. Suddenly, my calendar was exploding with exciting activities and looming deadlines. It was tiring, but far more fulfilling. I enjoyed sleepovers in school, long distance cycling expeditions, liaising with major sponsors, and sleepless nights. I made many lifelong friends, and I’ll say I have no regrets.

In year 3 semester 1, I decided it was time to challenge myself further. I signed up for a part-time internship, the CFA Research Challenge, as well as project-heavy modules like Computer as an Analysis Tool (CAT) and Investment Banking. I thought I could handle it and I was right, and wrong at the same time.

The semester started off pretty busy, but juggling commitments proved doable, until projects started hitting. On submission week, we began a string of stayovers. That week was monumental, as it was the first time in my life that I had to stay over in school. 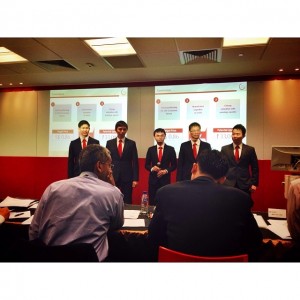 All things considered, it was a fulfilling experience. My CFA team won at SMU and went on to the nationals. The investment banking project turned out to be outstanding and comprehensive. CAT couldn’t have been better, as I leveraged the skills I learned to bring the project to a whole new level. I was challenged and eventually found where my limits were.

Since you are supposedly taking a break on exchange now, tell us more about your travel experiences before and now.

I was given the chance to visit Guangzhou and Hong Kong for a study trip. It was a real eye opener, actually seeing things in motion and discovering links in the global supply chain that unites everyone. It was also a chance to challenge my views of what I thought possible and provided evidence of how the ingenuity of a few can have far reaching effects. For example, did you know that the catalyst for the furniture city in Guangzhou was Singaporean businessmen who began setting up factories there?

I’m on exchange at Maastricht currently. It has been a great learning experience, being immersed in a different culture and making good friends of various nationalities. I found slowing down the hardest thing to do, and as such… I haven’t. 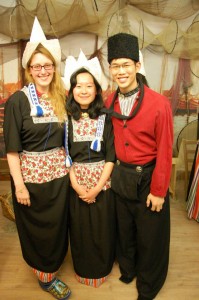 I am still putting in 100% in everything I do here and staying connected to the projects I started in SMU. I also learned independence — managing all your personal affairs as well as financial affairs is a sobering reality to face and I came to appreciate my parents more.

This exchange also made me appreciate how different and yet great an education SMU has given us. At SMU, we encounter some projects that are almost indistinguishable from real life. Project-based learning is potentially far more relevant and practical, as compared to “problem based learning” which is inexplicably chained to a textbook.

It’s great that you are having a good time. To end off here, what advice do you have for your juniors in the SMUSP?

Use the resources. Go to events. Make friends. Join classes together. Organise the camp and community service project together. Having another group of friends is always a good thing.

Never let the term “Scholar” get to your head and never stop learning. Leverage the opportunities and time to build yourself. Don’t treat scholars any differently from others in school. Granted, you will make friends among the scholars. You may even find The One. But don’t narrow your horizon so easily. Many friends in SMU who have inspired me were not from the programme.

Finally, never surrender your love for learning. Inquisitiveness is innate in us. So go on, spend each day learning and growing. Aim to become an expert in your chosen field. Chase your dreams because in the process… you grow.

I hope you have enjoyed reading about Jing Ren’s journey as much as I did!

Seeing through a different lens
The internship: Melina’s Google experience