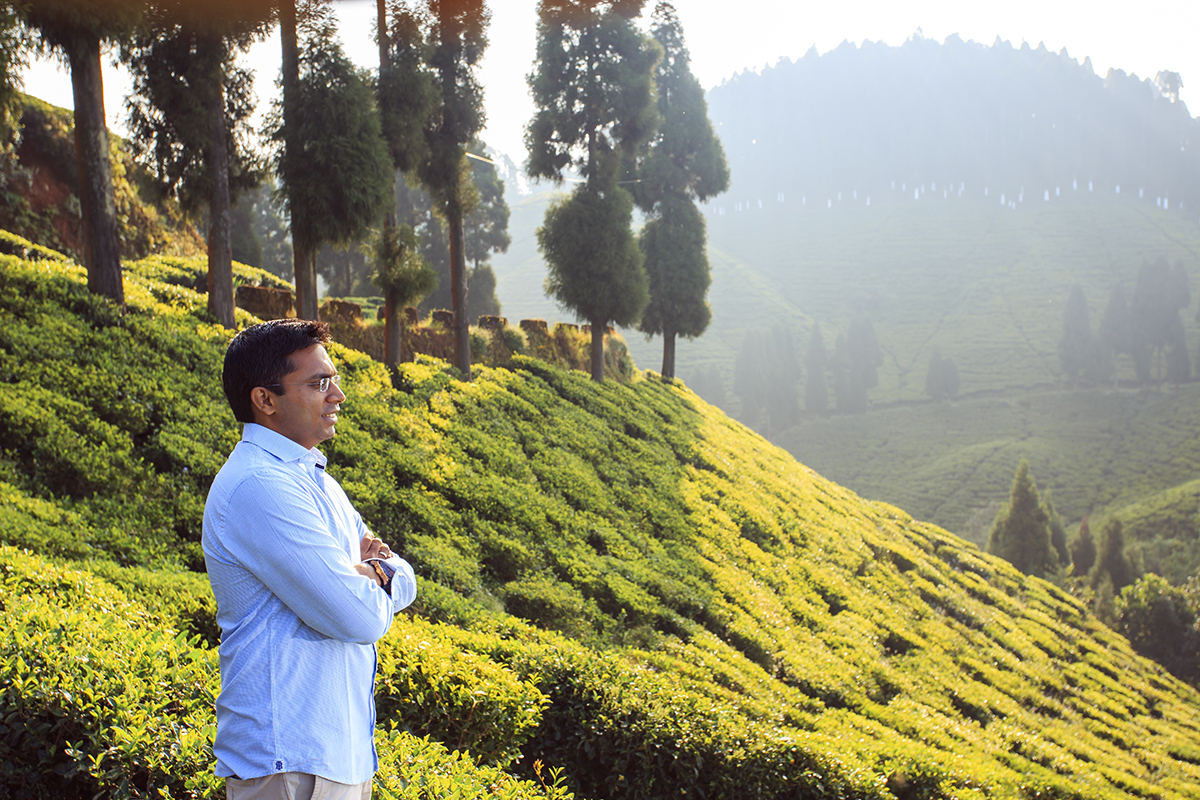 Singapore has a vibrant and well-documented start-up scene. Its strategic location, established infrastructure and financial sector with access to investment capital make it the location of choice for entrepreneurs from around the world. But two SMU alumni with an appetite for disruption have set their sights further afield. They’ve focused their entrepreneurial efforts on India; rewriting the rulebook on two established industries.

Kaushal Dugar’s venture, Teabox, has revolutionised one of India’s oldest industries by taking it online, delivering fresh teas to consumers all over the world. And Raghav Somani has brought a sensory, personal experience to another of India’s most ubiquitous products – headphones – with his online store, Headphone Zone.

So what was it about the Indian market that attracted them over Singapore?

Both cite the booming Indian economy at the turn of the decade, plus India’s rapid adoption of the internet, and the promise presented by e-commerce in a large population with a growing appetite for aspirational products, brands and services.

In addition, for Kaushal Dugar, remarkably, it was the opportunity to create India’s first global tea brand, “Believe it or not,” he says, “even with a 200-year history of Indian tea, you still can’t name a global premium tea brand that has emerged out of India in the last few decades.

“I saw the infrastructure that was being used to take the teas from gardens to the consumer and was surprised at how dated it was. And I saw a great opportunity for change. The opportunity to provide fresh teas to consumers worldwide is a game changer, because tea, like any other agricultural product, should be consumed fresh, which a lot of tea drinkers don’t know.” 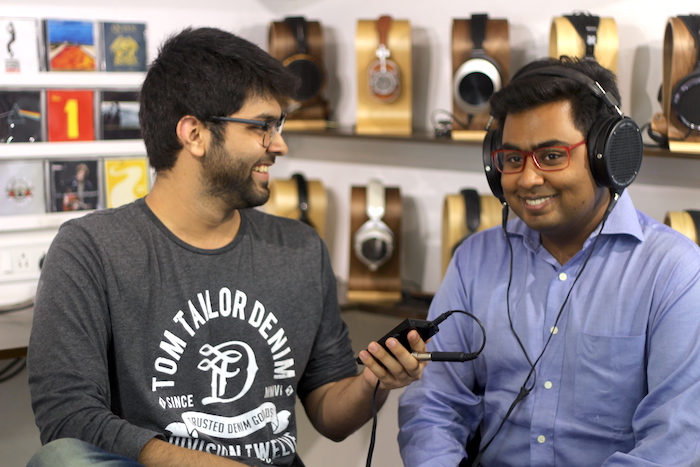 Raghav Somani experienced a ‘eureka’ moment following his experience as an SMU business undergraduate. He says he had become accustomed to seeing people wearing headphones everywhere in Singapore – on the MRT, waiting for the bus, sitting in a cafe – so it was strange to go back to India and find that people didn’t do the same.

“Indians love their music very passionately, and with the smartphone boom, every Indian had the means to listen to music in their pockets. The only missing link was the headphone, and seeing everyone in Singapore, inspired me,” he explains.

Even with the right opportunity, the Indian market is uniquely complex and not for the faint hearted. Government bureaucracy, complicated taxation, lack of talent and infrastructural problems are just a few of the barriers to starting a business says Raghav; and, on top of this, the Indian consumer is not easy to understand, “We have over 29 different states, each absolutely unique in their ways, 22 official languages and several thousand spoken languages, and an extremely wide range of income levels which make classifying and targeting different segments of the Indian market very difficult.”

Both Raghav and Kaushal come from entrepreneurial families with their roots in India. Raghav says this gave him a distinct advantage, “I realised very early that doing business in India wasn’t easy, but it offered a significant barrier to entry to outsiders while favouring exciting Indian businesses. Any amateur or newbie would truly lose his mind trying to manoeuvre the reality of India.”

Conversely, Kaushal says he was helped by his experience outside India, “My experiences abroad helped me think like an outsider to the tea industry. This was important because it enabled me to import ideas and practices from other industries and cultures and apply them to every aspect of strategy.” 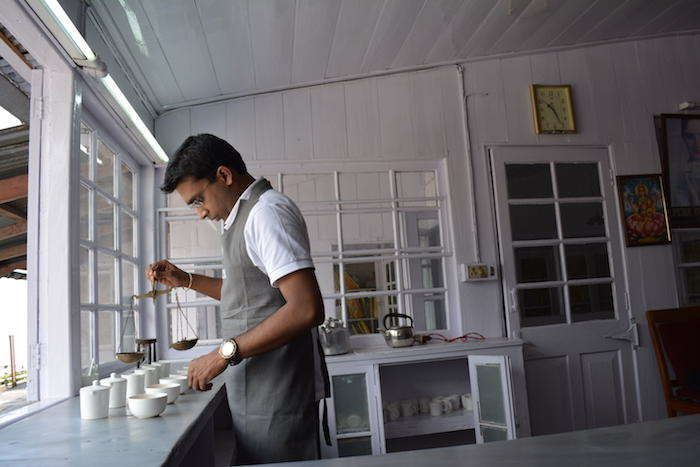 As with any successful disruptor, both Kaushal and Raghav have had to change conventional thinking to achieve success. Kaushal grappled with a tea industry steeped in tradition where ways of doing things have not changed in over a century, “Most of the decision makers don’t believe that tea is a product that can be sold online,” he explains, “Getting producers to even give us access to some of the best teas was a challenge in the initial days.”

And Raghav faced an uphill battle to change consumers’ perception of headphones, traditionally considered a low-cost item, and persuade them to spend more money for a high quality product, “I was made painfully aware that we as Indians love a good deal when we see one, especially when customers started walking into our stores to listen to a demo, but end up buying the products on the cheapest website they could find.”

For both Raghav and Kaushal, an online retail model rather than a brick and mortar presence has been the key to success.

“This approach,” says Kaushal, “gives us the advantage of greater control over consumer experience [and] so far, we’ve shipped over 40 million cups worth of tea to customers in over 110 different countries.”

However, for Raghav, taking his business online has meant circumventing a fundamental challenge: purchasing headphones is a sensory experience, and consumers like to try before they buy.

His solution has been to host regular Headphone Connect events where consumers can try out different models for themselves. It’s a strategy that has paid off. “Since taking our business online in January of 2014, our turnover has seen a massive growth. Our website sees over 400,000 visitors each month and we usually sell over 4000 headphones a month,” he says. 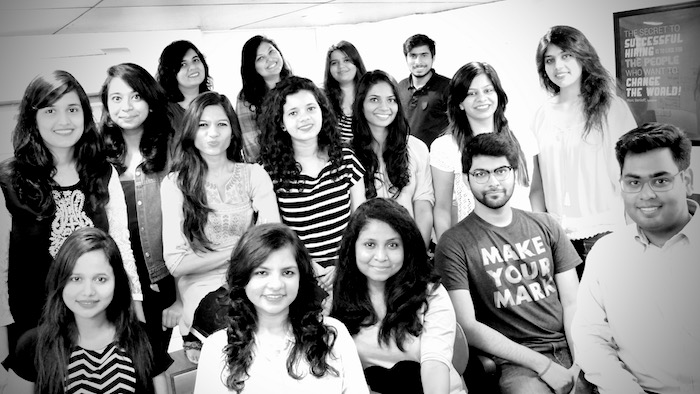 And based on their first-hand experience, both have some sage advice for the intrepid entrepreneur looking to achieve success in India.

Kaushal says, “Having a strong business foundation [and] developing analytical insights during my SMU business school days really helps. I feel there are opportunities in a lot of sectors [in India], also following what you are passionate about and identifying a value creation opportunity should be important.”

And Raghav counsels, “spend as much time as possible listening to customers. Very often the paradigms that are learnt in other markets are totally useless in India. So before trying to adapt a great business for the Indian market, I would encourage entrepreneurs to put their ears to the ground.”

One thought on “Appetite for Disruption: Interview with SMUpreneurs Kaushal Dugar and Raghav Somani”