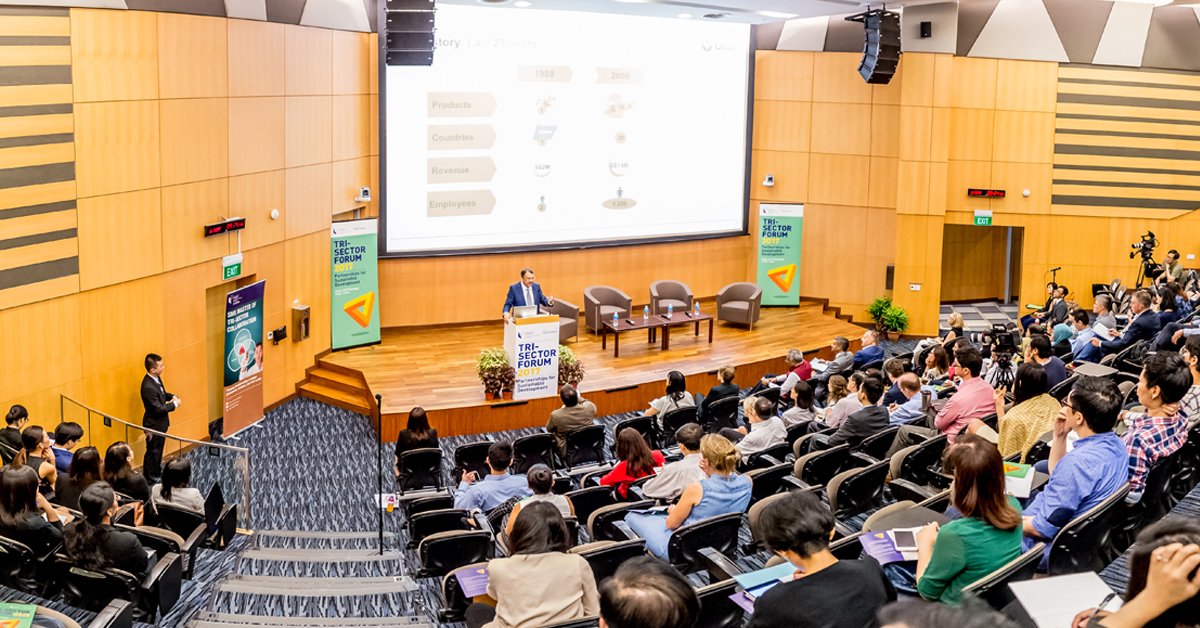 Sunny Verghese admits that until he was 45, he “had no idea about sustainability.” Today, 12 years on, the CEO of the global agriculture company Olam is a recognised leader in sustainable business, who has represented the private sector in front of the United Nations General Assembly. Verghese’s “Road to Damascus” moment came via his children, he told the Singapore Management University’s Tri-Sector Forum 2017, which focused on partnerships for sustainable development. 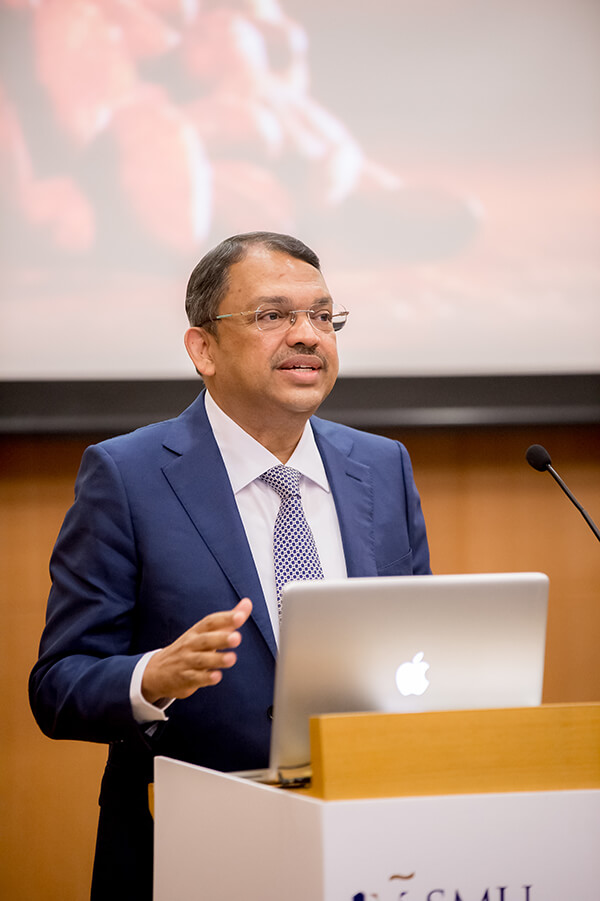 When leaders at the UN agreed the Sustainable Development Goals — 17 global targets for advancing society and development — in 2015, many businesses signed on in support. This was met by a considerable degree of cynicism by many in the third sector, who believed that companies were simply using their rhetorical support as a way to bolster their image in the eyes of increasingly concerned consumers.

Businesses are more often than not cast as the villains in the battles to fix the world’s prevailing challenges of climate change, food security, economic development and income inequality. Their efforts towards sustainability are routinely dismissed as public relations exercises. Verghese, however, believes that many in the private sector now take sustainability seriously.

For a company such as Olam, which works with farmers all over the world, making its local operations environmentally and socially sustainable is a critical part of getting a licence to operate, Verghese said. The risks to a company’s operations and reputation if it does not work sustainably, is considerable. “Your whole business could be at stake. If you don’t manage those risks, you could go out of business.”

The value of investing in sustainability goes beyond risk mitigation. For a commodity company like Olam, being able to trace not only the origin of products, but also their carbon footprint and social impact adds a value for their customers, who include some of the world’s largest consumer goods companies. Those customers themselves need to demonstrate that they are limiting the negative impacts of their supply chains to a consumer base that is increasingly aware and engaged with social and environmental issues.

The Millennial generation is far more engaged with environmental and social issues than their predecessors, which means they are more conscious consumers, but also more conscious employees. This, Verghese said, has implications for companies looking to hire talent.

“Clearly the current generation of talent are not willing to work for a company just because they’re making money selling soap, or shampoo, or whatever… they want meaning to the work that they do. If they are going to spend more than a half of their waking life [in a job] they want some purpose and meaning in what they are doing,” he said.

Shareholders and boards, however, do not always see the value, and without their approval it is difficult for CEOs, no matter how enlightened, to drive meaningful change within companies. Verghese had to make a clear business case for sustainability to his shareholders, arguing that it was fundamental to the company’s long-term, intrinsic value.

“I think there is a way… of being value and profit maximisers and purpose maximisers at the same time. I don’t see this as an either-or debate,” he said. 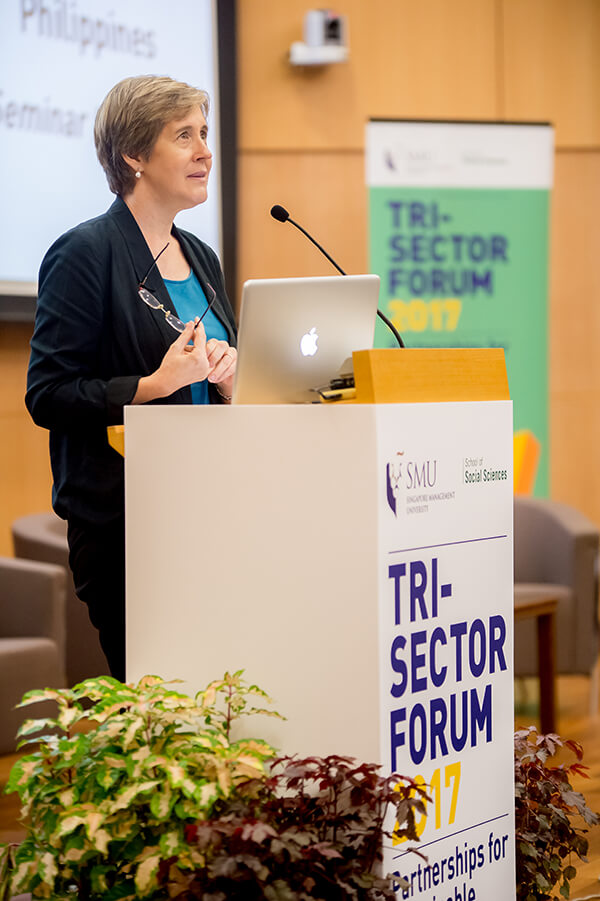 The prevailing structure of shareholder capitalism, and the regulation that supports it remains a barrier to a greater commitment to corporate sustainability, according to Ann Florini, professor of public policy at SMU and academic director of the Master of Tri-Sector Collaboration programme.

In that system, companies are required to report on their returns on financial capital, but not on human, social and natural capital, and they are often compelled — sometimes by law — to prioritise the former, not the latter. This suggests that the economy needs a more fundamental rewiring, according to Professor Florini.

“We need a different accounting system,” she said. “We need a different set of companies laws, because right now we have laws that say: you register as a for-profit, in which case you are held accountable for this set of things; or you register as a non-profit, which says that it’s OK for you to do good for society — but then how do you make money? What’s your financial viability?”

Governments and regulators need to think about how to make it easier for companies to be both financially secure and purpose-driven, she said. 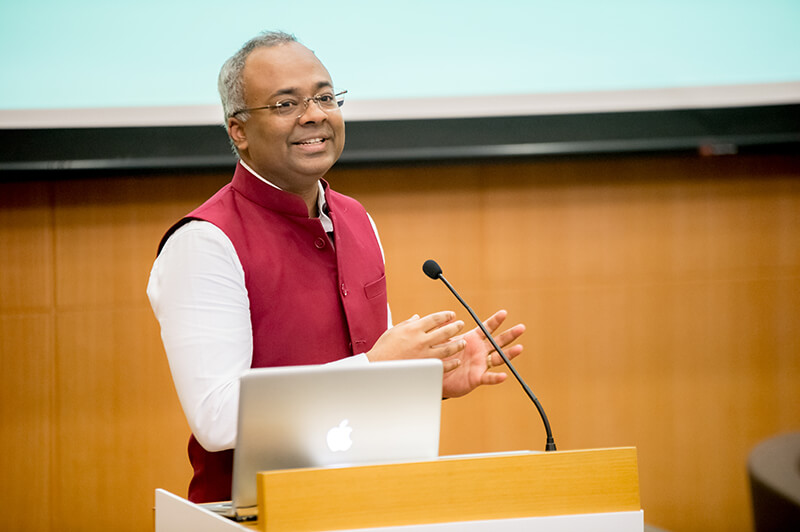 Getting a better understanding of what value means in the 21st Century is key to making sure that sustainability becomes deeply embedded in economies. Gerard George, dean of the SMU Lee Kong Chian School of Business, put it succinctly: “We’re here to create value in society… Human intentions are always that we want to capture that value. Sometimes the value we capture is more than the value we create.

“The value we capture should always be less than the value we create. Otherwise, we are leaving nothing for society. When we are making a difference, we should leave value on the table for society to benefit.”

Learn more about the SMU Master of Tri-Sector Collaboration programme and see how you can be a part of our coming intake.