Breaking Down Barriers With Cai Yinzhou 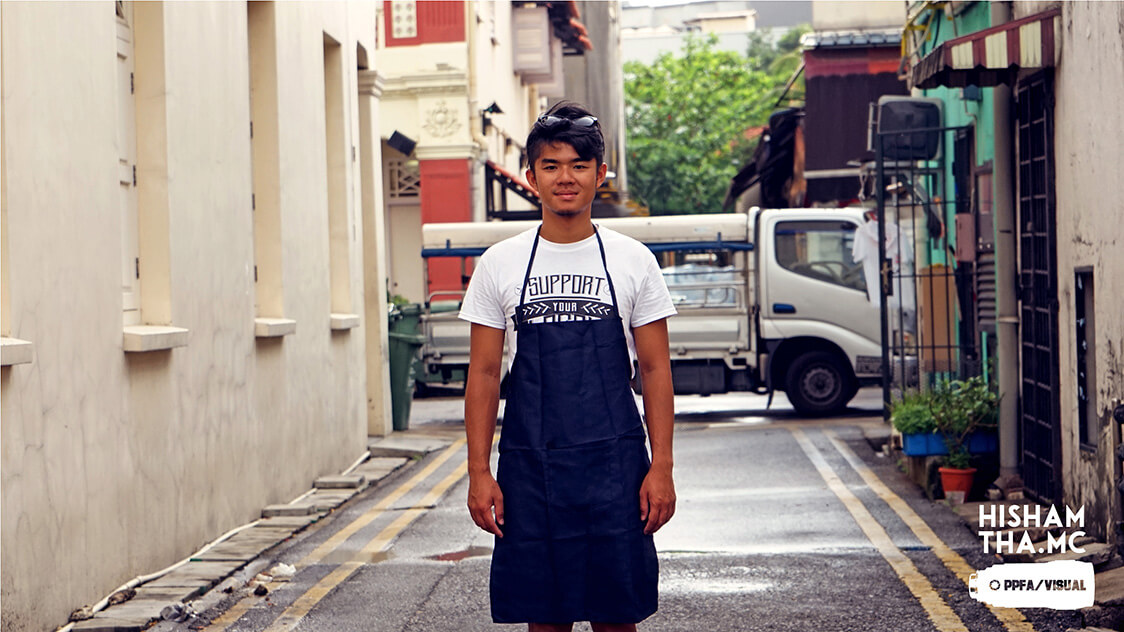 Xenophobia is a global phenomenon plaguing modern societies—from talks of walls being built along borders, to UN experts expressing concerns that racism and xenophobia are on the rise.

With foreigners making up 64 per cent of Singapore’s population, problems may inevitably arise in a country as diverse as ours. Most critically, some among us may form social barriers—behaving in ways that make those of a different race, religion, gender or nationality feel unwelcomed, and preventing them from achieving their goals and interests.

“Social barrier is a dynamic problem in Singapore that will not completely disappear over time, but it evolves; and society adapts to the different influx of change,” says SMU School of Social Sciences masters student Cai Yinzhou, who is the founder of Geylang Adventures, Dakota-Cassia Adventures and Backalleybarbers, as well as a recipient of the 2017 Singapore Youth Award.

“We need to start questioning what we know and what we think of people in society and how, in our own propensity, we can help. By opening our eyes to the reality that these people are isolated and that social barriers are present, we can take the first step on an individual level to making a change in society.” 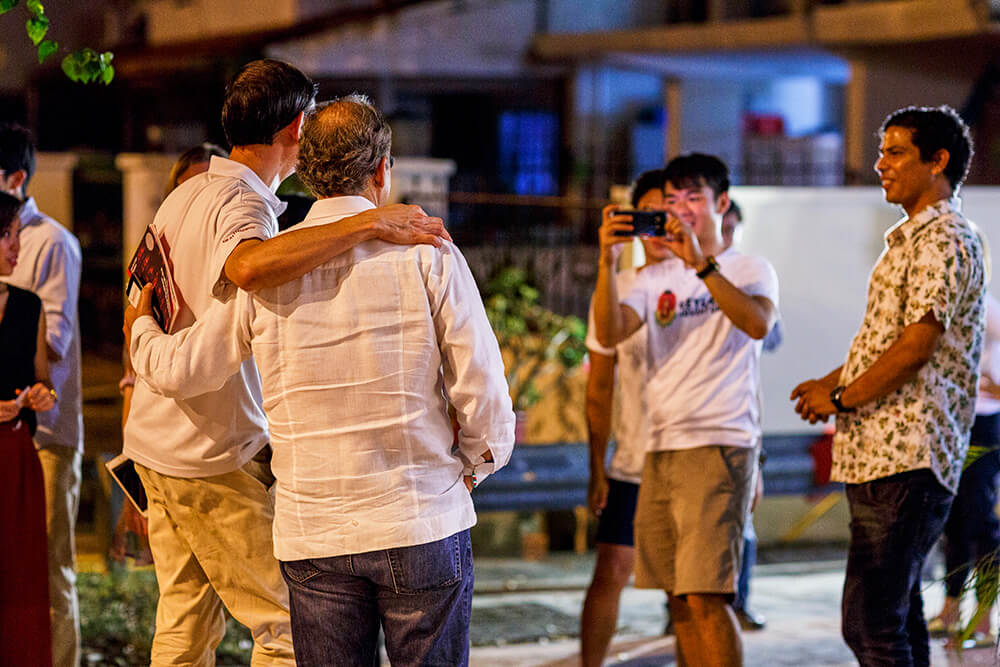 There aren’t many solutions to tackle the problem and despite the government and non-profit organisations’ best efforts, it remains an issue even in a country that prides itself on inclusiveness and diversity. Hoping to initiate a small change, Yinzhou, who is pursuing a Master of Tri-Sector Collaboration degree at SMU, founded Geylang Adventures in 2014 in the hopes of breaking down social barriers through educational walking tours, events and initiatives in the Geylang neighbourhood.

“I lived in Geylang all my life, so it first started out due to my curiosity in the people living around me. My favourite place to study and do my homework was at the beer gardens where I met the most interesting people and my curiosity grew from there.”

The year he began Geylang Adventures was also when the Government had announced its redevelopment plans for the Dakota Crescent estate. This was difficult news for many of the long-time residents as it meant having to give up their homes and start all over again. For Yinzhou as well, Dakota Crescent holds many personal and fond memories as it was where his grandmother had called home until she passed on.

Hoping to find some way of preserving the estate’s heritage, Yinzhou decided to start the Dakota Adventure tours in 2015. The tours were co-guided by the elderly residents who would soon be relocated to Cassia Crescent, empowering them with the opportunity to share their memories of the estate before it was gone.

This initiative eventually contributed to the Conservation Report that would lead to the conservation of six out of 15 blocks in Dakota Crescent.

Not stopping there, Yinzhou also rallied together like-minded friends and embarked on a documentation project into the lives of the residents living in Dakota Crescent. And, in 2017, formed the Cassia Resettlement Team to help elderly residents who were relocated for the redevelopment of Dakota Crescent.

It hasn’t always been an easy ride, especially when tackling a problem that involves society as a whole, but Yinzhou believes that all it takes is some time and an open mind to convince individuals to step forward and contribute to this cause.

“It starts with just talking to an individual and telling them more about the challenges present in the society. Despite how close-minded some people can be, there are still many who are willing to step in and make a difference. Geylang Adventures, Dakota-Cassia Adventures and Backalleybarbers have been lucky enough to get volunteers and has gained acceptance by the many in the years we have operated.” 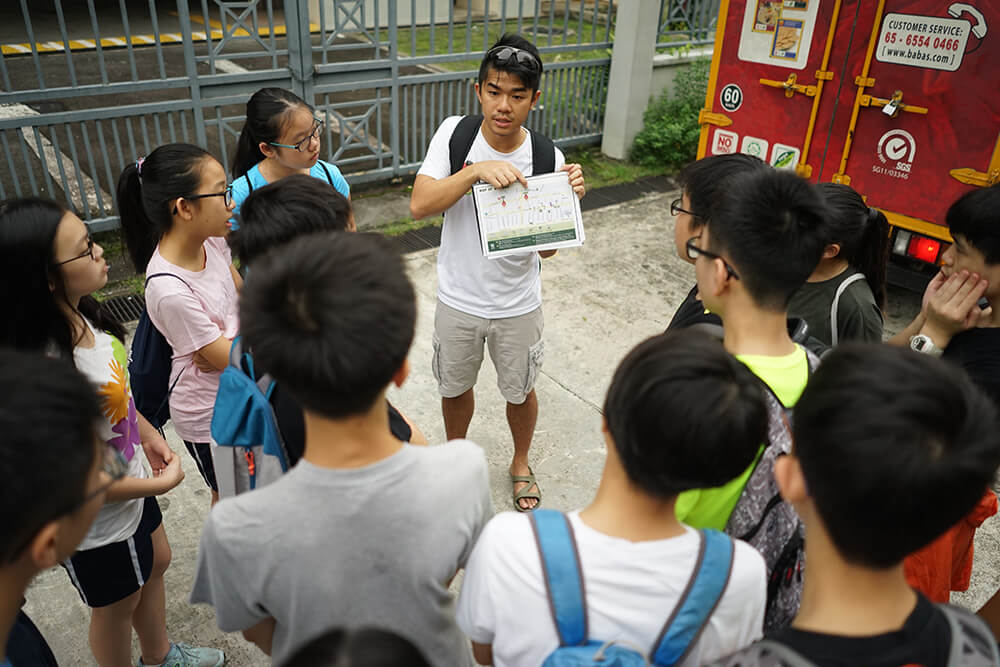 Rather than compel individuals to accept the changes in society, Yinzhou aims to help individuals recognise the root of the problems that cause social barriers. Aside from the walking trails and activities, Geylang Adventures aims to cast Geylang in a different light aside from its status as a red-light district. It has become an ecosystem with different stakeholders operating within, and in order to break down social barriers, each stakeholder needs to accept its constant change and adapt accordingly.

Through activities for foreign workers such as the sponsorship of postage costs for them to mail letters back home, free haircuts, and organising cookouts, Yinzhou hopes to slowly integrate the community into the rest of Singaporean society. In addition, the walking trails for curious locals and tourists help raise awareness of the problems that come with social barriers.

At the end of the day, Yinzhou aims to hold more tours and activities for those who want to learn more about Geylang’s social blueprint, and take this chance to encourage participants to think about social issues.

Social barriers are not just formed between foreigners and local inhabitants of a community. They can arise from differences in social stratum and age.

One of the oldest government-run housing estates in Singapore, most of the blocks of flats in Dakota Crescent were earmarked for demolition and redevelopment. Its mostly elderly residents were uprooted from the historical estate where they have spent most of their lives, and moved to the Cassia Crescent neighbourhood.

Yinzhou and his team of volunteers responded by organising activities such as potluck meals, walking trails and finding furniture for the elderly to help them form a new community among themselves, and ease the transition of moving to a new area in their old age.

Currently, apart from doing tours in his neighbourhood, Yinzhou has started Citizen Adventures to help organisations and individuals to discover their own neighbourhoods and design solutions within. Backalleybarbers has also expanded to a team of more than 25 barbers, committed to regularly giving free haircuts to migrant worker shelters and nursing homes.

For anyone who wishes to sign up as a volunteer and contribute a little to social change, check out the upcoming activities of Geylang Adventures and Backalleybarbers here and here!

See Geylang through the eyes of Yinzhou:

SMU Alumnus Quits Job to Launch Edtech Startup, Kalpha, to Make Learning Personalised and Affordable for Everyone
The Rise of the Gig Economy and Digital Nomad: Here to Stay or Gone Tomorrow?