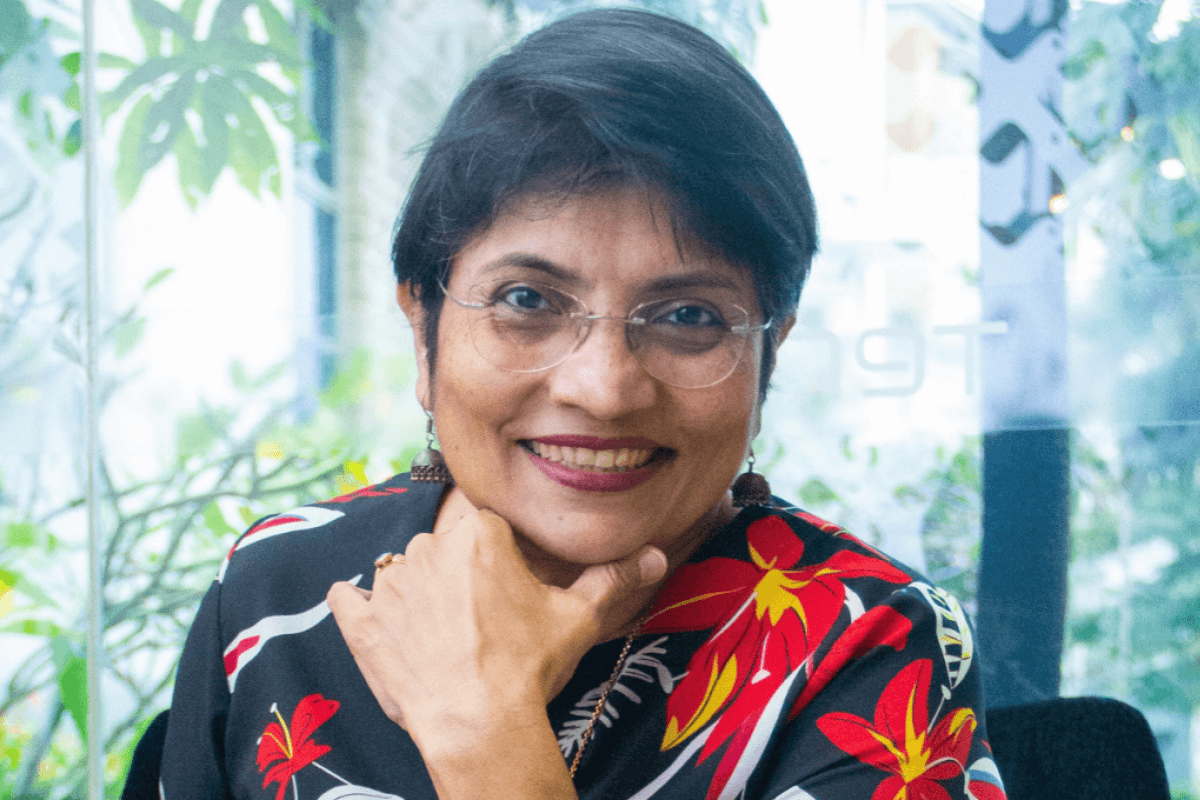 These days, superstar entrepreneurs like Elon Musk and Jack Ma are household names, and many want to emulate their path to success. But it wasn’t so long ago that entrepreneurship was not regarded as ‘cool’ and Rameshwari Ramachandra remembers that time well.

Born in Sri Lanka, she moved to Singapore with her family when she was six years old. When she was growing up, she remembers being intrigued by stories about her granduncle, who had gone to the UK to study law during World War II but turned to the importing business instead.

“He became the entrepreneur in our family, and that got me curious about the idea of creating your own business,” she says. It seemed like she had gotten the entrepreneur gene too — to earn more pocket money as a teenager, she used to organise afternoon tea dances, because she had quickly realised there was a higher profit margin compared to giving tuition.

Having studied shipping management in Singapore Polytechnic, she went to work for shipping company Neptune Orient Lines, becoming the first female employee in its chartering department. Negotiating the terms for the hire of vessels was “very exciting”, but even then, she had not forgotten her entrepreneurial dreams.

In the early 1990s, she completed a Master of Business Administration degree at Monash University in Australia, and subsequently took part in a Business Plan competition in Singapore for interesting business ideas. Her pitch for a bookshop-café didn’t convince the judges, and she put her entrepreneurship plans on the backburner.

At the time, “entrepreneurship was frowned upon”, Rameshwari remembers. “People wanted to get government scholarships and join the civil service, or to get jobs in multi-national corporations. Entrepreneurs were viewed as towkays (Hokkien for boss) with flashy cars, and they didn’t get a lot of respect.”

In 1995, she moved to the United States, and got her first exposure to the Internet, consulting for US companies that wanted to leverage this then-emerging technology for commercial applications. Upon returning to Singapore, she went to work for Temasek Polytechnic, where she oversaw the commercialisation of its research and development projects.

By this time, the tide for entrepreneurship was turning — the polytechnic was tapping on the National Science and Technology Board’s Commercialisation Grant Scheme Fund, created because the government was trying to encourage the emergence of technopreneurs.

Inspired, Rameshwari started internet research company Technowledge Asia Group in 1999. It raised several millions in venture funding and counted the likes of Microsoft, Compaq and Intel among its 130 clients in Southeast Asia. However, a planned initial public offering fell through, and the company was eventually liquidated in 2001.

“I had to pick myself up and find the courage to be open about this failure,” says Rameshwari. She started a company where she ran entrepreneurship training for individuals and businesses in Singapore, as well as in the region. Having worked with several thousand people, she wrote a book on “The Big Jump into Entrepreneurship”. During this time, she got the chance to visit North Korea as a UNIFEM/UNDP consultant to support women entrepreneurs who were trying to turn their cottage industry project into an enterprise.

Her experience working with Asian female entrepreneurs over the years has proved to be particularly instructive. “They tend to have a more holistic approach towards success and financial independence,” she says. “They want to create something that allows everyone in the family to move forward, and they are also more tuned into possible dangers for the business. (I find that) Women deal differently with success and with crisis.”

Not one to give up

In 2013, after years of leading and managing other companies, she struck out on her own yet again, starting consultancy firm Talent Leadership Crucible (TLC). “I still had the fire in my belly,” says Rameshwari. “I wanted to do a lot more than meet annual targets.”

Today, TLC works on corporate culture change initiatives and delivers programmes on entrepreneurial acumen, leadership mindset, and holistic thinking for Southeast Asian clientele. There are distinct differences in the way Singapore’s entrepreneurs approach business, compared to their Southeast Asian peers, she notes. The latter tend to be much hungrier, whereas Singaporeans are still more inclined to look for top-down direction and government grants.

Since many of her Southeast Asian clients are family businesses, it’s not surprising that she decided to make such businesses the subject of her doctoral thesis when she enrolled in the Doctor of Business Administration programme at SMU in 2015.

Through her research, she found that trust was the key ingredient. “Professionals are able to work effectively when they are trusted by the family members,” she explains. In her thesis, she coined the term Family Member Hive Effect, to describe how family members transfer social-emotional information, resources and tacit or idiosyncratic knowledge of the family business to professionals.

Learning how to better help family businesses flourish is very important, she notes, since over 80 per cent of businesses in the world are family-owned. Thriving family businesses thus help to provide stability to many communities. “In many countries, these businesses are the source of job opportunities and the backbone of wealth creation, especially during times of crisis. Not everyone can depend on their governments to offer help,” she says. “I believe family businesses will continue to flourish, as long as there are opportunities for entrepreneurship.”