Out of Hospital and Into the Home: Ageing Transformed Through Tech 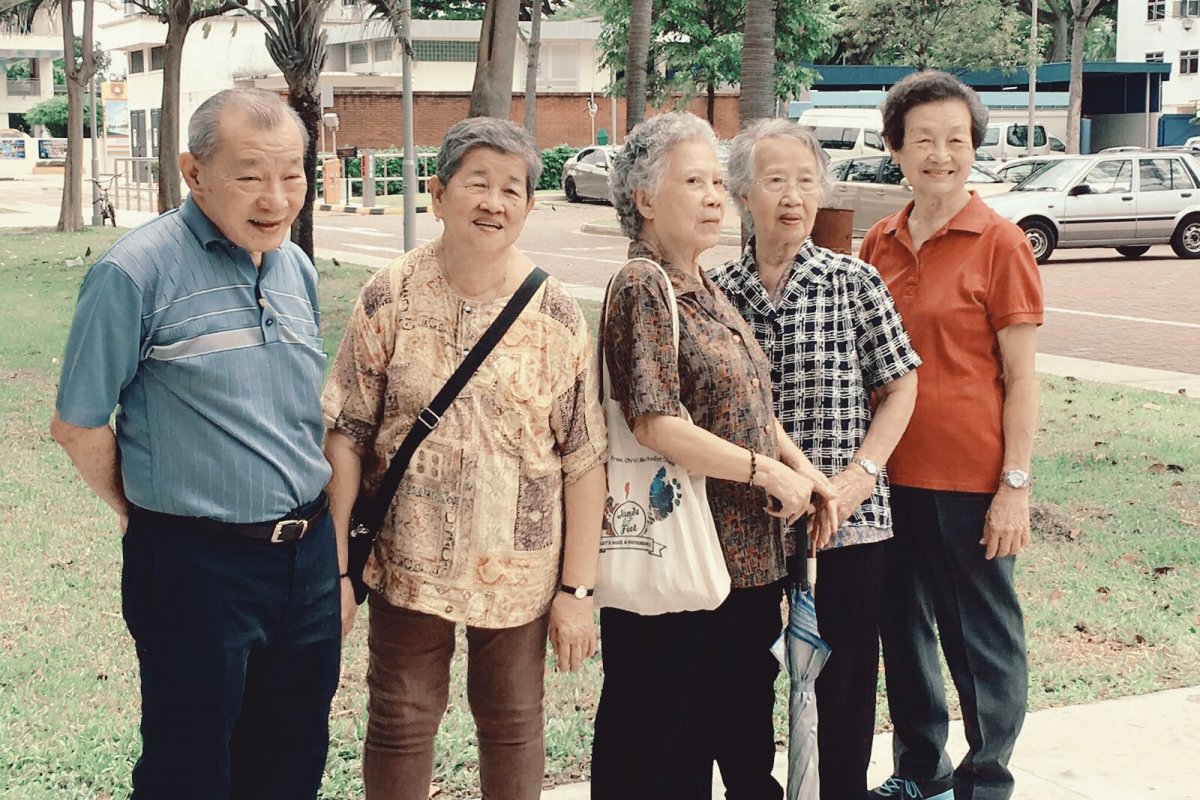 Silver-tech is the new buzzword in Silicon Valley, where a new wave of innovation is signalling a shift away from millennials, towards apps and tech-based services for the elderly. As a result, some of the most notable execs are leaving industry giants to found their own healthcare-tech start-ups.

This new tech-trend should not come as a surprise. Around the world, populations are ageing, and this is particularly pronounced in Singapore where life expectancy is among the highest in the world. Currently, one in eight Singaporeans is over 65, but by 2030, that will have risen to one in four—which means the number of over 65s will have doubled to around 960,000. And it’s estimated 92,000 of these will live alone.

This dramatic demographic shift means affording our old age will present a considerable personal challenge, particularly for those of us who spend the years beyond 65 in ill-health, and also a wider economic challenge for governments and society at large who’ll need to foot the bill from an ever-shrinking workforce.

Singapore Health Minister Gan Ki Yong announced in late 2016 that Singapore needs to completely rethink the way it cares for the elderly. Many of the 30,000 new healthcare workers the government has said are needed, are being trained to specialise in geriatric care. But more fundamentally, there will need to be a shift in the way healthcare is delivered—out of hospitals, and into the home and community.

And that’s where the application of technology comes in—offering real promise for new community-centred models of elder care. Wearable devices can track health data which can be fed to healthcare professionals, enabling responsive diagnosis and even pre-emptive solutions which can be tailored to the individual and delivered to the doorstep.

Indeed, the potential for science and technology applied in an elder care context appears vast, and more palatable for the baby boomer generation who are keen to retain individuality in their senior years and to be allowed the opportunity to ‘age in place’—at home, in familiar surroundings.

But the healthcare sector currently lags far behind the consumer and financial sectors in the adoption of digital technology. The key stumbling block to progress has been securing buy-in for the technology from key stakeholders—the elderly themselves—who are often resistant to embrace it because of privacy concerns among other issues.

SMU Associate Professor of Information Systems and Academic Director of the SMU-TCS iCity Lab, Tan Hwee Pink says it’s important to take an eco-system and stakeholder-centric approach if technology-enabled community eldercare is to be sustainably adopted.

“First and foremost, technology deployed in the seniors’ homes must be unintrusive, and not require them to drastically change their current daily habits,” he says. “Yet it must be able to pick up nuances of each senior’s daily patterns without the perception of incurring unnecessary costs like utility bills.”

Equally important, asserts Professor Tan, is that users of the system, such as community caregivers, find that it complements, rather than burdens, their existing workload by feeding them only with actionable insights.

Professor Tan’s insights are based on learnings derived from the SHINESeniors Project—an SMU-initiated scheme, in partnership with Tata Consultancy Services (TCS), which over the last three years has seen 100 ‘smart’ homes in ‘intelligent neighbourhoods’ fitted with digital technology that includes monitoring devices and sensors for seniors living alone.

“The idea is to combine technology with research on social behavioural studies to enable the elderly to age in place,” explains Professor Tan.

“There are two key areas that the SHINESeniors Project addresses,” he explains. “The first is the immediate response to events through wearable technology, such as emergency push buttons and sensors which detect prolonged periods of inactivity by the senior citizen. The second is the gathering of data on patterns of daily living which can then be used to identify anomalies and used as a trigger for care and intervention from community care providers.” 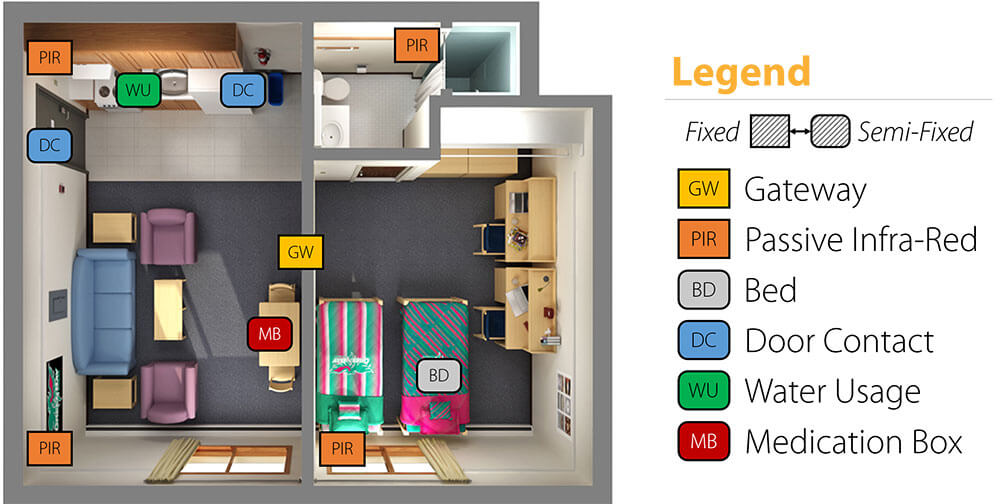 The project is helping streamline community care services says Professor Tan, “Using technology to ensure better care delivery and personalisation, our project seeks to improve the well being and happiness of senior Singaporeans, as it enables them to live independently in the community whilst respecting their privacy.”

The SHINESeniors Project has been working with a local volunteer group because, as Xia Jie, senior community care volunteer for seniors explains, suspicion of the technology was a key concern for many at the start.

“A lot of elderly really value their privacy—they would rather stay at home using mobility aids to support them with chores like cooking than stay in a nursing home. When this sensor system was introduced, initially the seniors thought it might be intrusive—they were worried they were under surveillance. I told them the sensor system doesn’t work that way, don’t be paranoid.”

Since the sensor trial began in September 2017, seniors such as Madam Sitee who has been living alone after her husband passed, have come to view the sensors as a reassuring presence in the home.

Professor Tan explains that the long-term aims of the scheme are to minimise the hospitalisation visits and dependency on traditional healthcare personnel from the elderly.

“We’re trying to move them from the hospitals into the community and the use of this technology is a key enabler for that to happen,” says Professor Tan.

And beyond the SHINESeniors Project’s initial target of providing data-driven community care to seniors living alone in one estate in partnership with one caregiving organisation, or voluntary welfare organisation (VWO), there has been significant evolution in the scale of deployment, as well as diversity of community care models supported through new partnerships.

“Given the growing scale and geographical spread of our ‘live’ deployments, in partnership with TCS, we are putting in place a system monitoring platform and tools to maximise system uptime with minimal resources needed for home visits for maintenance,” explains Professor Tan.

This is heartening news in the face of worrying demographic trends and recent predictions by the Council for the Third Age (C3A) on Singapore’s old-age support ratio.  Today, according to C3A, there are approximately 5.4 working aged residents to support each resident aged 65 and older, but by 2030, this will fall to 2:1

And while the fiscal burden of caring for the elderly will fall to the younger generation, a recent survey by the National Youth Council revealed that only 12% of young people in Singapore, aged 15 to 34, viewed volunteerism as important.

The hope must be therefore that through the success of the SHINESeniors Project and similar schemes, that suspicion of tech-supported ageing will soon give way to optimism about its potential to enable us all to grow old gracefully, and independently; within the neighbourhoods and alongside the people we know and love.

The Future is Multidisciplinary: What to Consider When Choosing Your Degree
What Can Law Students Gain from Moots?