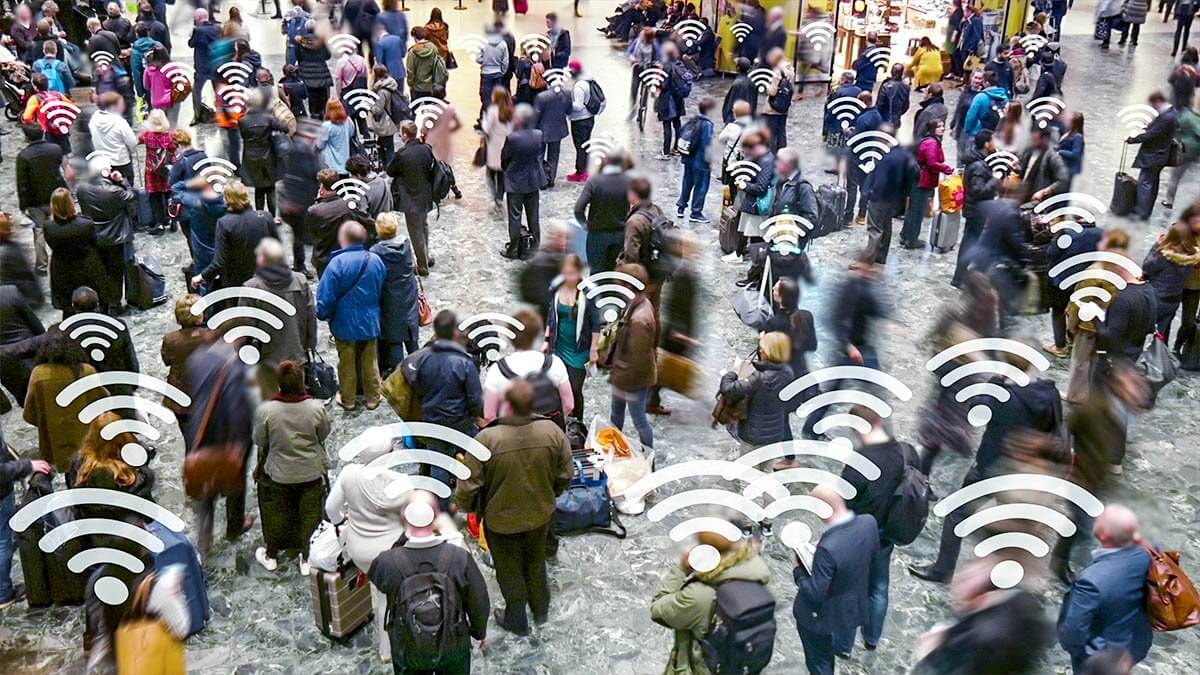 Rajesh Krishna Balan and Archan Misra have been working on mobile sensors for two decades. Over the years, the pair, now Associate Professor and Professor at Singapore Management University’s (SMU) School of Information Systems (SIS), respectively, have often struggled to get their work out of the laboratory and into the real world where it can be tested.

“I think one of our big frustrations has been how there has been this inability to deploy anything at scale in real environments,” Assoc Prof Balan says. 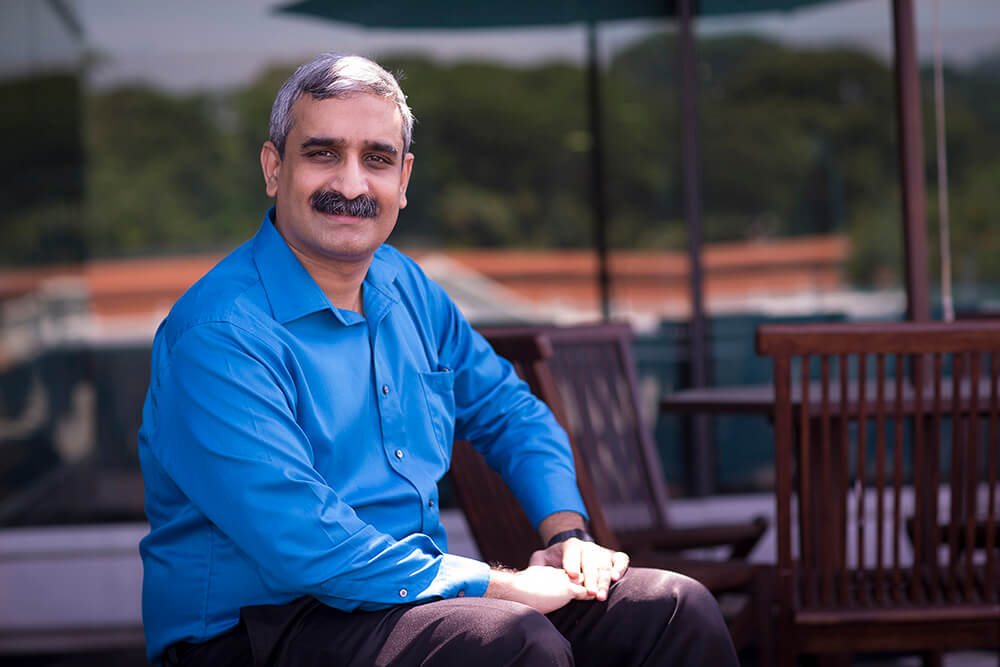 The two men are directors of the LiveLabs Urban Lifestyle Innovation Platform (LiveLabs) at SMU SIS—a research centre that is developing a new suite of mobile-centric analytics for consumer-focused indoor spaces. Their technology uses public WiFi networks to track the location of smartphones in real-time as they move around. The data is fed back to a dashboard that building owners can then use to understand how people interact with the space and manage their operations and logistics accordingly. So far it has been deployed in educational establishments, including SMU, at the Suntec Convention Centre, and at tourist attractions such as the Singapore National Museum and on Sentosa Island.

“In Suntec they use it to see how people move around the exhibits, and they feed this back to the exhibitors so that they can optimise their layout for next time,” Assoc Prof Balan says. “So it’s providing value on top of what they already have.”

On Sentosa, LiveLab’s location tracking has been integrated into their custom mobile app so that promotions, personalised to the user’s behaviour, can be pushed directly to customers. These location-based promotions tend to have higher take-up rates than less targeted ones. 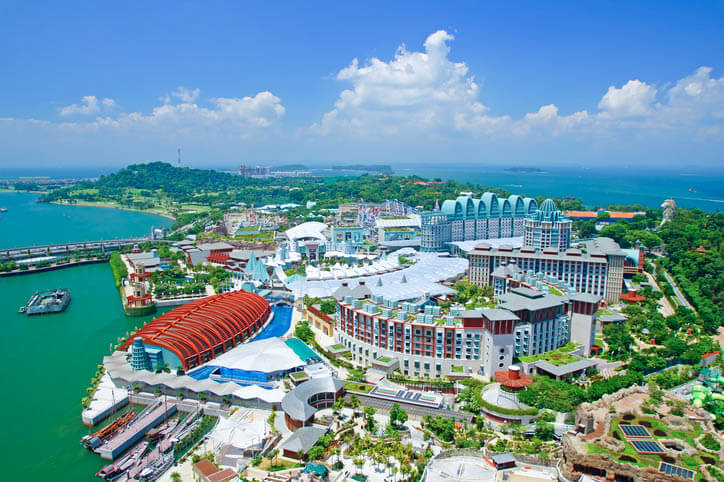 View of Sentosa island in Singapore

These deployments are giving LiveLabs a platform on which to research human behaviour within these public spaces. Assoc Prof Balan says that their focus is not on big data—building huge datasets, typically over long periods but often with a quite narrow focus—but on what he calls “deep data”.

In SMU, it has been used to optimise the use of space in public areas, such as the library, while also providing a platform for research. Working with psychologists, they are analysing people’s movement patterns and social behaviour to get an indication of their stress levels. Their location tracking system can determine the groups that people are joining, allowing them to see who they are with at any one time. 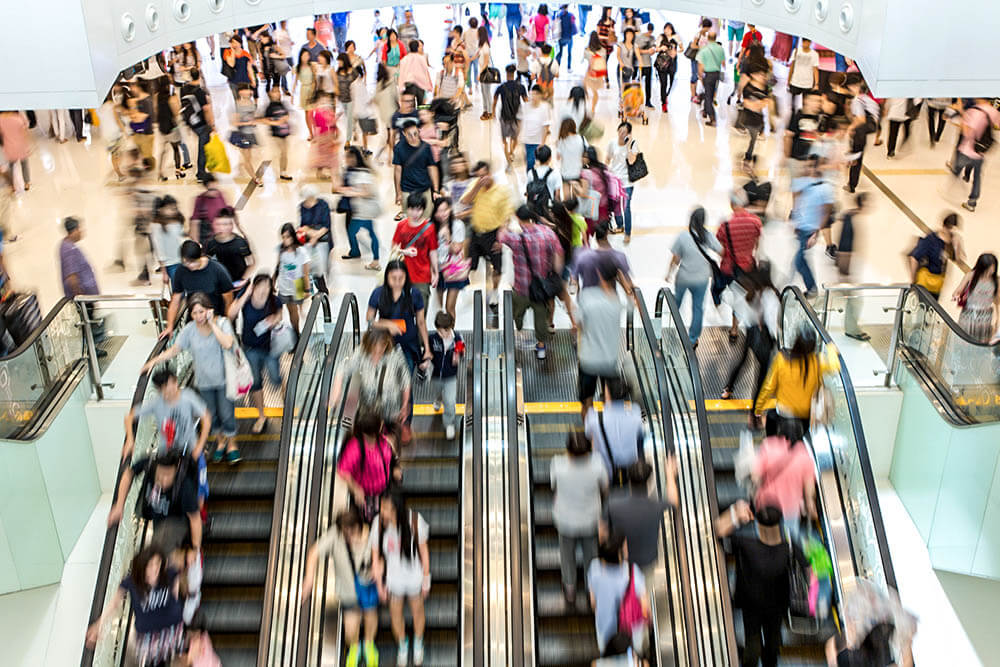 “We can look at who you’re talking to. Using that we can infer your social behaviour as well. With that and your visit patterns we can get a pretty interesting model of how stressed you are over time,” Assoc Prof Balan says. “That has huge implications for wellness and productivity. We will be able to detect if people are getting unhealthy levels of stress.”

Another focus of their research looks at how to determine, in real-time, a person’s emotional state.

The applications of this would be broad, from operational and safety management at public venues through to retail, where, for example, a system could determine the size of a group of shoppers and send them tailored promotions, such as ‘1-for-1’ deals for couples.

Just how comfortable people would be with that level of customisation and personalisation is also something that Assoc Prof Balan and LiveLabs are researching. Consumers have become accustomed to receiving customised advertising through social media and online retailers, but how they would react to the notion that their physical movements are being monitored is as yet unknown.

“We don’t know where the boundaries are. We know that if we track people individually, they don’t like it. But if you’re one in a thousand, is that OK?”

“This is one of our key questions. We don’t know where the boundaries are. We know that if we track people individually, they don’t like it. But if you’re one in a thousand, is that OK? If you actually get incentives… is that OK? We don’t know,” Assoc Prof Balan says.

LiveLabs maintains strict controls to preserve data privacy, and most of the data that they collect is anonymised—they may be able to track a mobile phone as it moves around a venue, but they have no way of determining who it is that owns it. However, Assoc Prof Balan acknowledges that people’s perceptions of privacy can differ from the reality.

“We don’t play games with privacy,” he says, “but at the same time, we want to know where are the limits where people believe that their privacy is being violated. If you walk past a screen, and the screen says ‘Welcome Back’… would that freak you out, or would that make you feel happy? We don’t know.

Switching from Brand Story-telling to Story-making in the Digital Age
What Do Funeral Services Have to Do With a Statistics 101?