The Max Factor: Learning about SMU’s Neighbourhood with Maksim Tkachenko

Barely escaping the rain, I ran into the Starbucks next to the Singapore Art Museum just across the street from SMU and nearly bumped into a towering figure.

“Hello!” the figure said, before breaking out into a huge grin.

“Just Max,” he says as we shook hands, and walked over to an empty table. I badly needed some iced coffee, and he settled for hot tea.

Maksim Tkachenko’s move to SMU—and Singapore—was quite unexpected. The PhD in Information Systems student was in the middle of a PhD programme in Russia, his home country, when he crossed paths with someone who worked at the Advanced Digital Sciences Centre in Singapore. At that point, he was looking for internship opportunities in Asia and was connected to Hady W. Lauw, an assistant professor at SMU’s School of Information Systems (SIS). In 2013 he moved to Singapore to be a research assistant at SIS, and, in 2015, transitioned to becoming a full-time SMU PhD student. It’s an arrangement that has been working out well. “I’ve got a place to work, flexibility with time, and a good supervisor,” he says, “And the financial support at SMU is great. The monthly stipends are sufficient for me to have a comfortable life as a student in Singapore.” 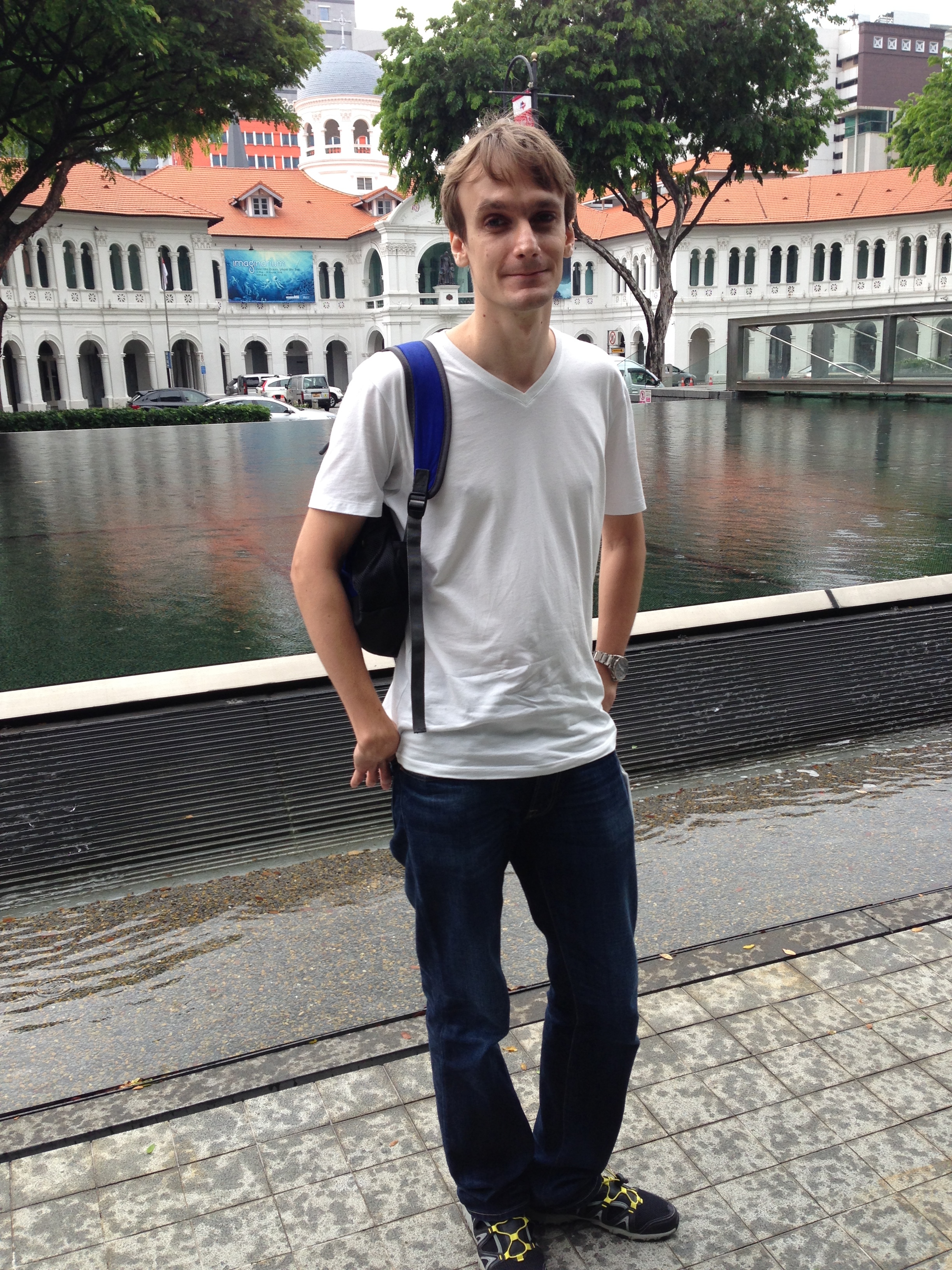 At SMU, Max researches Text Mining and Natural Language Processing, a branch of artificial intelligence that is focused on understanding human languages. Specifically, he studies Internet product reviews to identify which products are preferred by consumers in the online space by looking closely at how language is used. His research is an extension of his interest in languages which he nurtured over the years after recognising its importance in community-building. 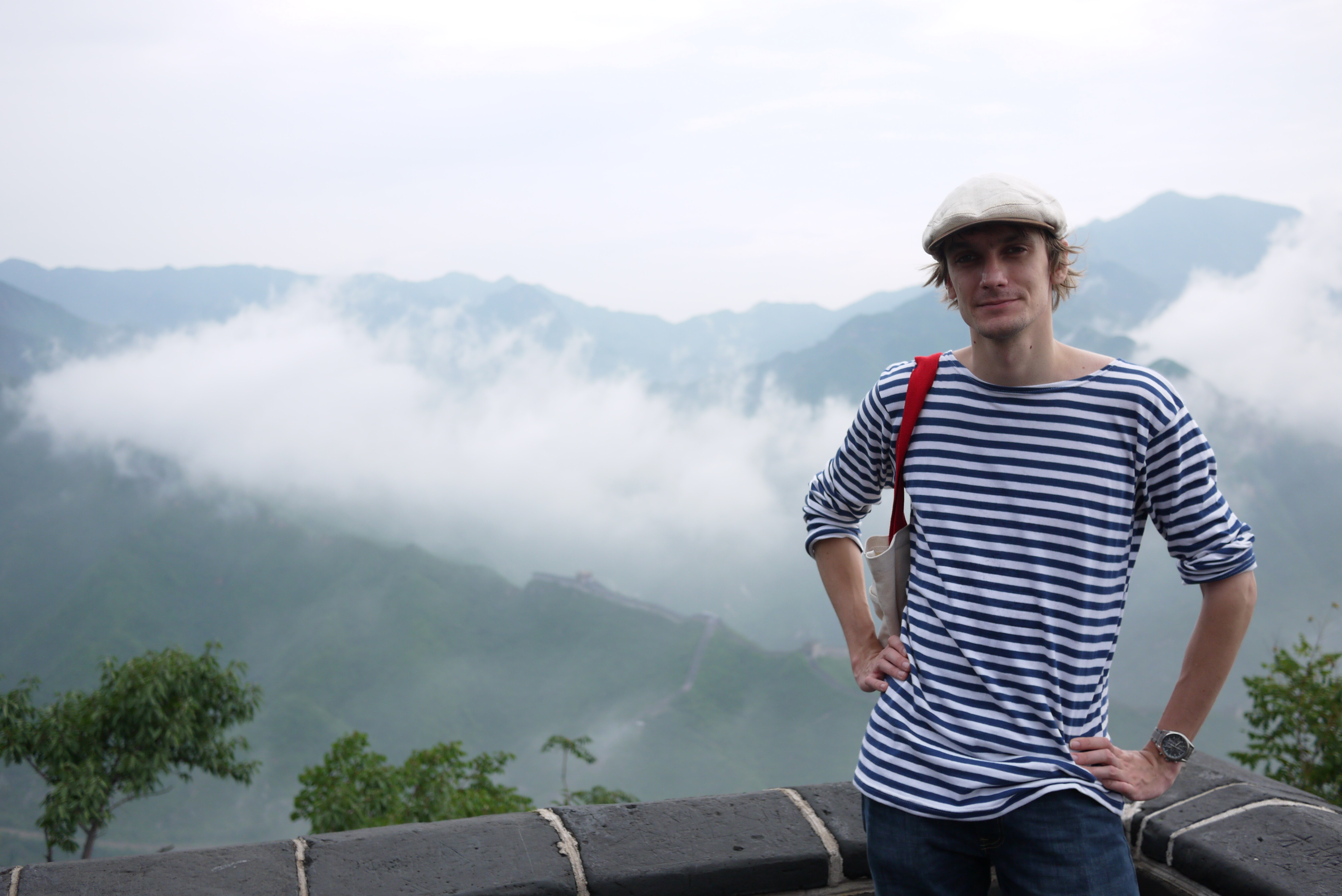 Recently, after attending an event on campus about the Deaf community, Max started picking up Singapore Sign Language. He shows off his skills by signing “Marina Bay Sands”—a luxury resort development 20–25 minutes from SMU comprising casino, hotel, convention, entertainment, museum, retail, and dining facilities. This launched our discussion into one of his favourite things about SMU—its highly accessible location. “Studying right in the city is really cool. Look around! There are museums, art galleries, cafes, restaurants and a range of retail outlets; it’s a place where life goes on,” he says.

SMU is strategically located within the Bras Basah.Bugis precinct. The area—one of the oldest in Singapore—is home to national heritage, arts, education and religious institutions. Singapore’s main shopping district, Orchard road, is just a 15-minute walk from campus or two to three stops away via the MRT (Mass Rapid Transit) train. Max’s favourite place near campus is Fort Canning Park, a historic hill where medieval Malay royalty used to reside and where the English surrendered to the Japanese in World War II. He reveals, “It’s very nice at night when no one’s around, and I spend time walking and thinking, or playing some music on my flute or guitar.” One of Max’s hobbies is checking out Singapore’s arts spaces such as the Esplanade, one of the world’s busiest arts centres, and the Substation, home to critically-acclaimed local experimental productions—both located near campus. “The Esplanade has free performances on Fridays, Saturdays and public holidays,” Max says, “Sometimes I’ll go there with friends and listen to music. There are festivals like Baybeats (the annual indie rock and alternative music festival), which are really nice.”

One of the music buff’s clearest memories in Singapore was spending time with his friend at the Esplanade’s Outdoor Theatre one evening, listening to a local modern-classical band play traditional Chinese instruments. In the years that followed, he made it a point to attend local music concerts, and has become such a fan of the local music scene that he teamed up with a few friends to create SingaporeGigs.com, a website cataloguing upcoming musical events and concerts.

Max has come a long way since first stepping foot into Singapore. For example, when he first arrived in Singapore he couldn’t hold a decent conversation in English, but now speaks it fluently, after years of being forced to speak it daily. He admits that he’s still adjusting to life here, “It’s safe everywhere in Singapore but it would be easier if you have friends of the same culture who speak the same language.” However, despite the challenges, he knows he will be okay. “I remember my second day in Singapore,” he shares, “I came here knowing little about the country and was so tired after walking for hours, when I saw this German bar in City Hall called Brotzeit. I went in, tried the beer and it was good, and I thought, ‘If they have good German beer here, things are going to be alright.’”

Over the coming years, Max wants to continue checking out the areas around campus, learn Mandarin, and complete his PhD. Further on, he hopes to explore Vietnam, Japan and China for a few years. “I’ve always wanted to go to China; it fascinates me in terms of culture and philosophy,” he explains. For now, he revels in the affordable hawker fare, cultural opportunities, and the friendly and intimate academic environment that SMU, being a university at the heart of the city, uniquely provides.