When AI Met Blockchain: A Coming of Two Powers 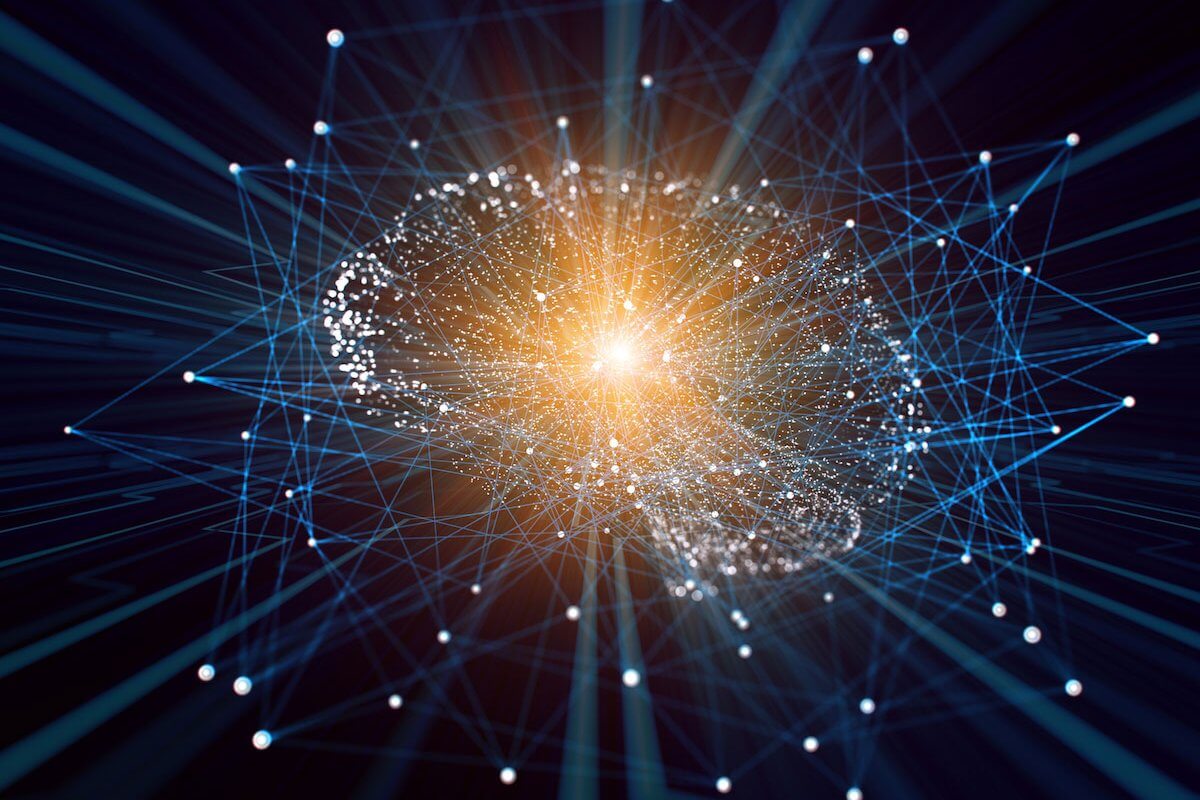 “Blockchain” may be the buzzword of the year, but does Artificial Intelligence (AI) clash against or complement this tech hotspot?

AI makes software-based systems more aware and smarter. Blockchain makes it possible to securely automate transactions and agreements, and to openly validate what has happened and who did what. SMU’s Vice Provost of Research, Professor Steven Miller explains, “In a way, blockchain is about certainty and transparency; a permanent and publicly verifiable way to record transactions. AI, on the other hand, involves making probabilistic statements and in that sense can be said to be about uncertainty.”

With such contrasting approaches to digital business, what happens then when Blockchain and AI come together? What are the possibilities? What are the impacts?

For starters,  a financial regulator would be keen to explore AI’s ability to look for patterns to indicate someone gaming the market.

As Sopnendu Mohanty, the chief financial technology officer of the Monetary Authority of Singapore (MAS), said, “We want to catch bad behaviour.’’

This was just one of the illuminating insights during the panel discussion, “When Blockchain and Artificial Intelligence come together: Possibilities and Impacts’’, held in conjunction with the Global Young Scientists Summit 2018. 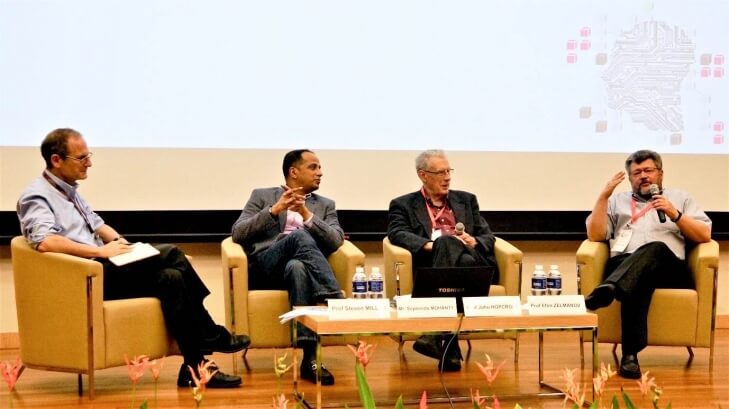 Prof Miller, who was the moderator for the discussion, kicked off the session by describing blockchain and AI as hot topics which are “both at the peak of the hype cycle’’.

Blockchain, or as Mr Mohantry preferred to call it, Distributed Ledger Technology (DLT) basically comprises a continuously growing list of records that does away with the need for a centralised database. The transactions are transparent and use bitcoin as the digital currency or cryptocurrency.

“If you buy a new house, you can verify that the seller is the owner,’’ said fellow panellist, Dr John Hopcroft.

On the other hand, AI, with its deep learning potential, is the application of technology to problems such as finance and language.

Three possible intersections of blockchain and AI are already becoming quite visible—payments (between institutions), identity and authentication (documentation), and trade finance (cross-border).

Cross-border trade finance platforms are currently largely paper-based, making it not only inefficient but risk-laden. It takes two to three days to move money from one country to another, says Mr Mohanty, and if DLT can make it more efficient, it would be “the killer app’’.

In this new era, Mr Mohanty predicted that a regulator in the “DL world” would define the rules of engagement, but its role will be diminished. Dr Hopcroft also added that it is unlikely that central oversight will disappear soon, while the session’s third panellist, Dr Efim Zelmanov, believes AI can be used to keep an eye on blockchain.

And as blockchain also allows for secure and self-executing “smart contracts’’, laws will remain in place to settle disputes and apportion blame. Mr Mohanty added that cryptocurrency cannot be segregated from blockchain because the former incentivises the platform’s developers and contributors to make it an efficient payment system.

Summing it up neatly, Prof Miller said blockchain is about certainty on the web; it can validate transactions and data, while AI can categorise and classify data to ensure certainty.

“The more data you have, the more the neural network learns.’’

Saying “I Do” to An All SMU Team at OneThreeOneFour
Is it Possible to Juggle CCAs and Studies, And Survive?