Top Students Reveal How They Pick Their University (and Rankings Only Play a Small Part!) 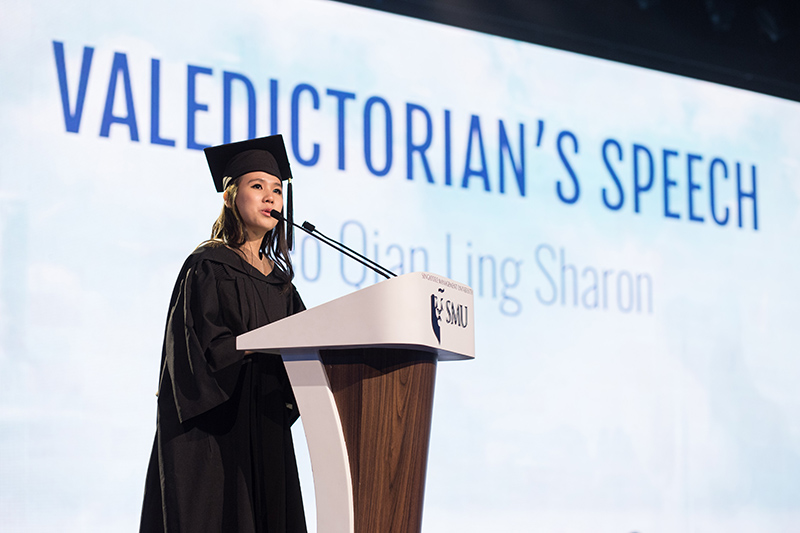 The process of shortlisting and applying to universities is a long and arduous journey. Just when you thought the pain of acing final exams was enough for you to even (briefly) consider giving up on higher education, the intake selection process just sent those cortisol levels into hyperdrive. However, rather than resort to sheaths of university rankings and ratings, take a deep breath and consider other factors for finding an institution you would love.

If we’re totally honest, brand name and school rankings do matter to future employers who possess a certain preconceived mindset about a university’s prestige. But you need to delve a little deeper to determine what you want to get out of your university experience, or better yet, what you want out of life? For a start, instead of considering a university’s generic ranking, check out which departments truly stand out. 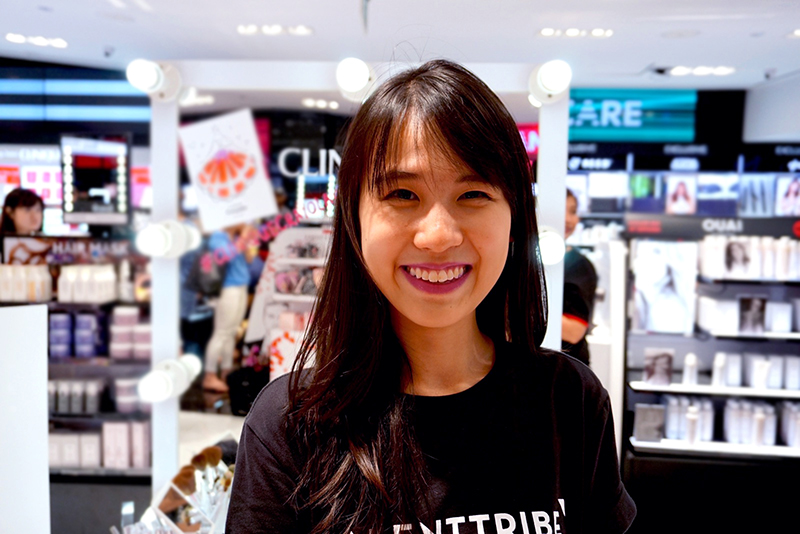 “I think university ranking matters to a certain extent, but there were other factors that contributed to my decision in choosing a university,” says Sharon, who started her own business TalentTribe Asia, a career discovery platform that showcases an inside look into company cultures, people, office spaces and day-to-day work life.

Part of the winning team of the Asia Cup Moot Competition in 2010, Devathas relied on the feedback of actual students instead when he applied for the School of Law in 2009, just two years after it was founded.

“I did consider rankings somewhat important back then,” says Devathas, who is currently an associate at Rajah & Tann Singapore LLP. 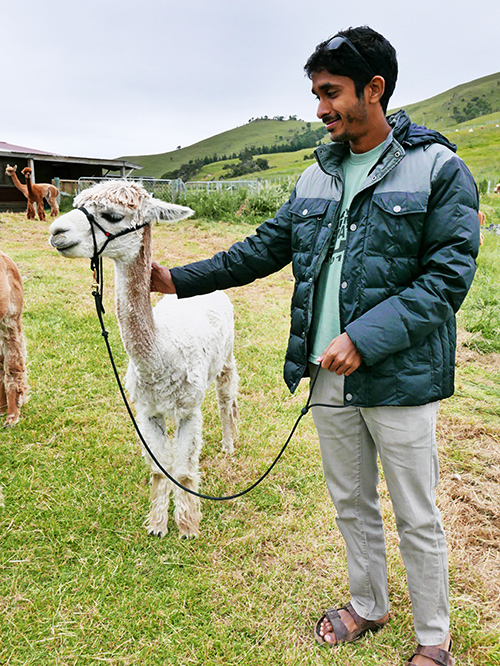 “But I was alive to the flaws in the various ranking systems out there. Hearing from current and former students of their experiences was a more persuasive indicator of whether I was suitable for a university.”

Similarly, for Darren, who is now an Investment Banking Analyst at Barclays, ranking was just one of many criteria for determining the university that best fits him.

“When I was choosing a university back in 2010, I tried to obtain information from as many sources as possible,” says Darren, who was also an SPH Salutatorian — the second highest ranked student at SMU. 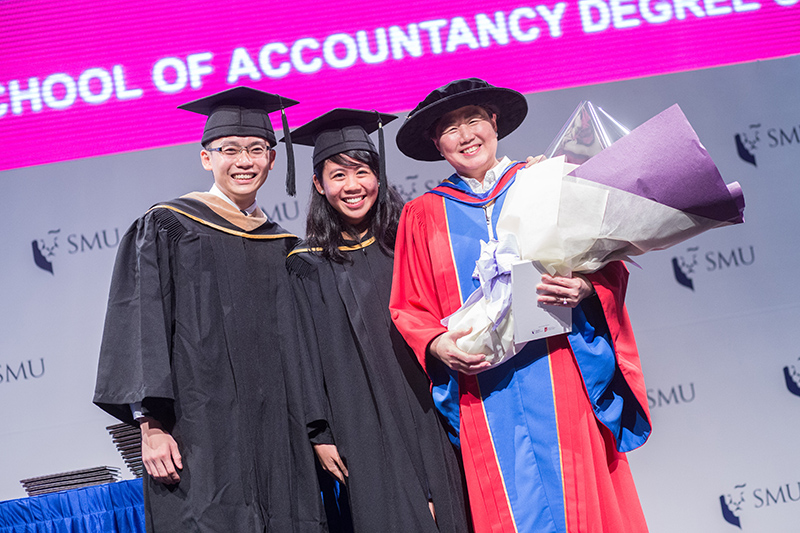 Darren Ong at his commencement, 2015

Indeed, there’s nothing better than interacting with existing students to get a sense of the school’s culture.

“Besides attending the university open houses, it may also be useful to drop by the university to get a vibe and feel of how the place is like on a normal school day,” suggests Sharon.

“This could provide you with an idea of how it would feel like to be a student there as well. During my time in SMU, I had the chance to conduct campus tours and speak to prospective students as part of the SMU Ambassadorial Corps. What I found useful was for applicants to ask about rumours they’ve heard regarding different universities. These hearsays often turn out to be untrue, and you don’t want to decide on a university based on myths and misconceptions!”

It’s all about you

Think about how you can best thrive during your uni years: Do you enjoy the rush of a city campus, surrounded by students from all around the world? Or have you always yearned to come out of your shell, to expand your network and learn from immersing yourself in various settings? 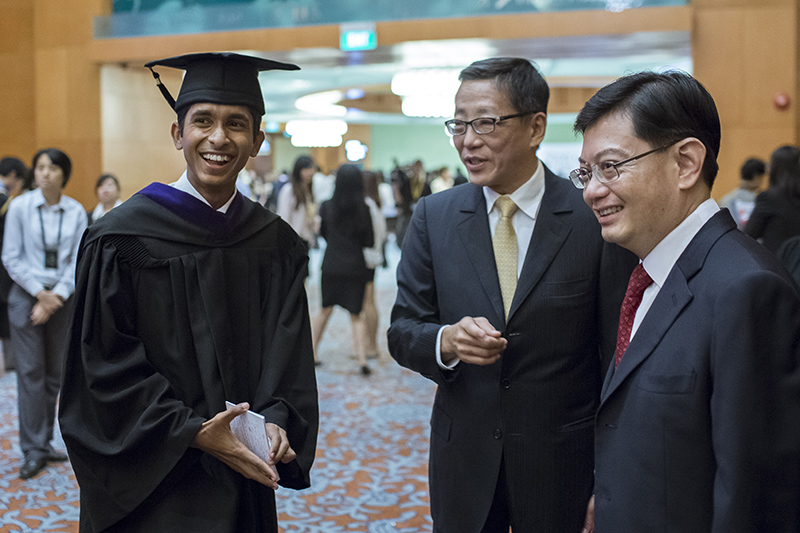 Devathas at his commencement, 2013

“I really appreciated that many members of the SMU faculty possess varied academic and industry backgrounds,” adds Sharon.

“The way the modules are structured and taught, as well as different non-academic opportunities available, really helped to bridge what we learnt in school with an understanding of the industry and application of what we’ve learnt to the real world.

The smaller student population at SMU also meant that each student had greater exposure to embark on overseas opportunities and various out-of-classroom opportunities.”

Campus life is also another aspect to look into, as different universities offer highly varied experiences in the classroom and beyond.

“Applicants should conduct research on the pros and cons of the different universities and decide on which factors they value more,” advises Darren, who also won the SMU CIRCLE Award for his contribution to student life.

“For example, if traditional hostel life is absolutely critical for them, then perhaps a city campus like SMU might not be ideal.

However, I saw for myself how vibrant SMU’s student life was when I went for the open house, as there was a wide variety of CCAs (co-curricular activities) showcased. I was also told that students who did not find anything of interest or wanted to do more could propose their own CCAs, and true enough, I initiated a SoA (School of Accountancy) volunteering club when I was a third-year student.”

Meanwhile, try to filter out irrelevant — albeit well-meaning — advice to zone in on what makes the most sense for your own future. As Devathas adds, “Keep an open mind and don’t ever sell yourself short.”

Armed with these insights, make an informed decision about choosing the perfect uni for you!

5 Tips To Ace Your Admissions Interview
Artificial Intelligence: The Implications for Commercial Law in Asia