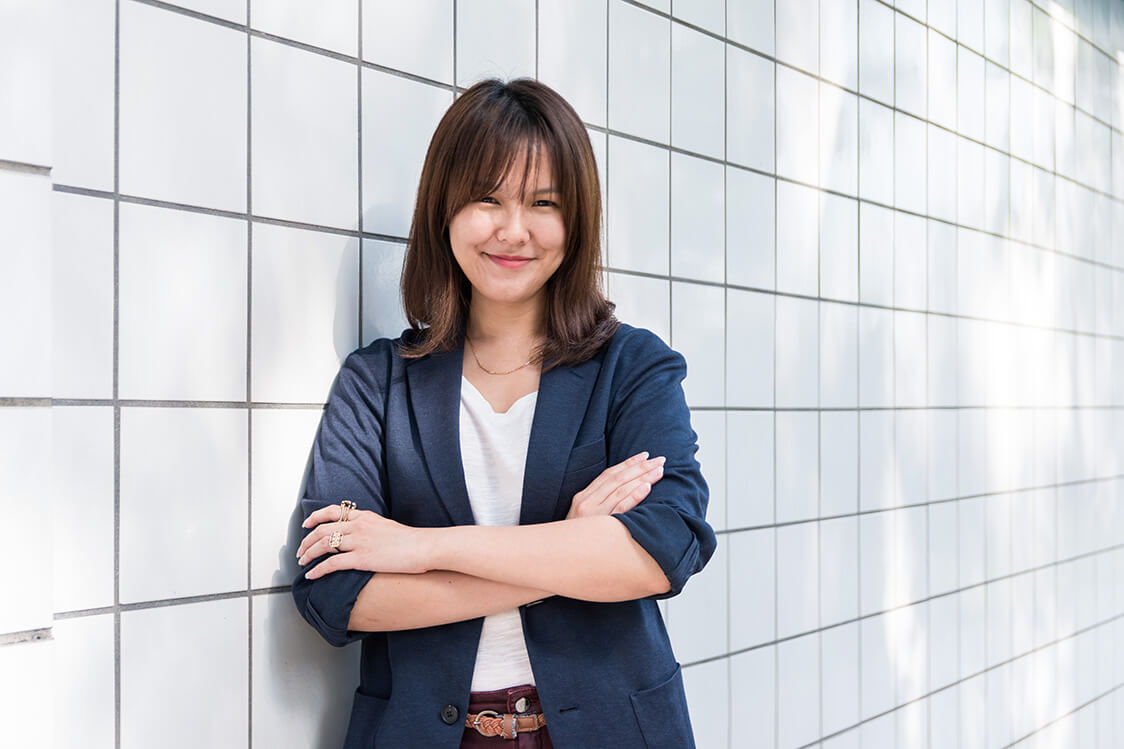 You’ve probably heard it before: Dad creates a traditional business that prides itself on craftsmanship and heritage. Second generation business leader joins the family business and shakes things up by going high-tech. A big fall-out ensues, and the two generations need to reach a compromise for the company’s survival.

Royal Insignia, a company creating medals, decorations and gifts using traditional craftsmanship, is deeply rooted in artisanship. Its team of gemmologists, designers and master craftsmen customise each luxury item by employing skills that have been refined over decades of training and experience.

And while a young, new addition to a business would always want to give it a boost with the help of technology, Rachel Hoe, an SMU alumna who graduated with a Bachelor of Business Management in Operations Management, and Organisation Behaviour and Human Resource, was hesitant to do so when she first joined the business founded by her father, Ivan Hoe. In fact, it was the latter who had pushed for taking Royal Insignia into the digital age.

“I’ve heard so many stories of second generation owners coming into the business, shaking things up and trying to take the company in a completely different direction in an attempt to improve the business,” says Rachel, who is now creative director of the company.

“That wasn’t quite what happened with my dad and I. I joined Royal Insignia because I was really inspired by my dad’s dream of marking history with the products we create. From the get-go, I knew there was absolutely nothing I wanted to change about the company’s core function. Rather, my joining of the company helped to crystallise my dad’s dream.” 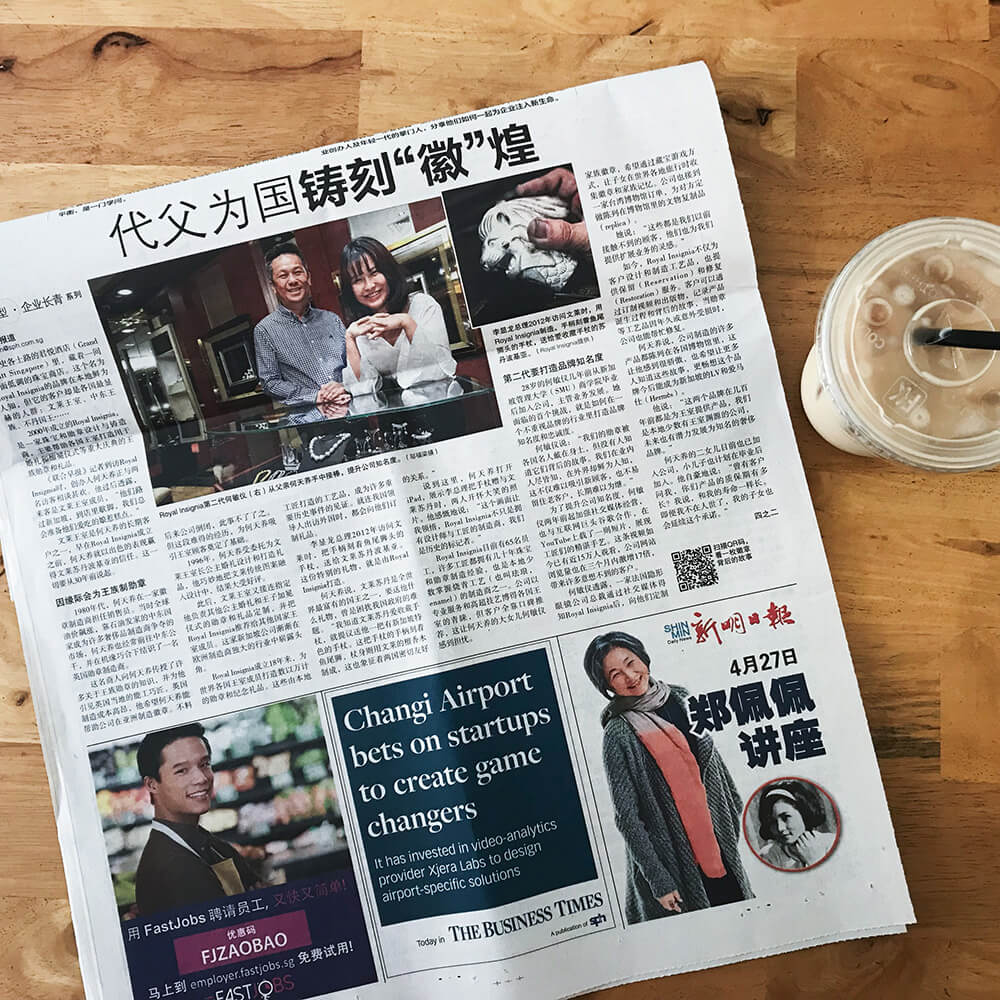 Rachel and her father, Ivan, featured in Lianhe Zaobao

A local company through and through, Royal Insignia has been designing and making medals and bespoke gift items for royal families and heads of state for the past two decades. These gift items are presented at royal coronations, royal weddings, jubilees and diplomatic visits such as the coronation of Sultan Ibrahim of Johor and the recent Golden Jubilee celebrations of the Sultan of Brunei.

“When I first joined Royal Insignia, most of our customers viewed us as mere manufacturers,” recalls Rachel, who joined the company in 2013, upon her graduation from SMU.

“The bespoke nature of our business meant that our customer’s name, cipher or coat of arms would take precedence over our brand name. This made it very easy for customers to switch from one manufacturer to another.”

In order to differentiate themselves from the competition and emerge from a “red ocean” of endless price wars, Rachel needed to create brand loyalty “in an industry where brand counts for very little.”

Just like how luxury European fashion houses play up the prestige of bespoke craftsmanship, Royal Insignia had to communicate the craftsmanship, passion and attention to detail that goes into every product that leaves its workshop. Which is why Ivan encouraged Rachel to embrace digital marketing as a tool to educate consumers about Royal Insignia’s role as not just a maker of gifts, but a purveyor of culture, history and artisanal skills.

Going online and marketing through digital media has proven to be the perfect way to showcase the brand in a new light to current and potential customers, as Rachel and her father were introduced to the team at Google through SPRING Singapore1 to help them kick off their digital advertising initiative.

“Together with the team at Google, we created content that gave viewers a peek at the workbenches of our craftsmen, to hear the stories of the royal gifts that we have created, and understand the passions of our team. This was a rousing success and we never looked back since,” Rachel says.

Rachel spearheaded the company’s first foray into digital marketing with creative content like brand videos aiming to accurately portray the purposes and stories of Royal Insignia its products. The branded content showcased the craftsmen and the historical significance behind the products they were creating. At the end of the day, it provided the artisans with a sense of pride in their work upon seeing the finished product.

Although the project wasn’t met with resistance, “a lot of our craftsmen couldn’t quite understand what we were trying to do. So it was a bit difficult to get all of them to cooperate during the filming of the video.”

Through such digital content, Rachel aims to capture the intertwining notion of luxury and craftsmanship encapsulated by each creation. And while most would think that the prep work and ideation that goes into every digital campaign would be the most arduous part of the process, for Rachel, it was the campaign analysis that proved to be the most challenging.

“At the end of every digital campaign, we’re bombarded with a vast amount of data generated by the likes of Google Adwords, analytics and so on,” says Rachel.

“The challenge is in sieving through this mountain of information and identifying the data that matters.”

Rachel advises marketers to always keep their objective in mind when looking at data, focusing on what they hope to achieve with each campaign and asking if it had communicated the right message to customers.

“These questions will allow you to sieve through heaps of data to suss out only the most pertinent information,” says Rachel.

“This might sound like common sense but people so often get misled by fancy charts and numbers, they end up acting on data that do not matter.” 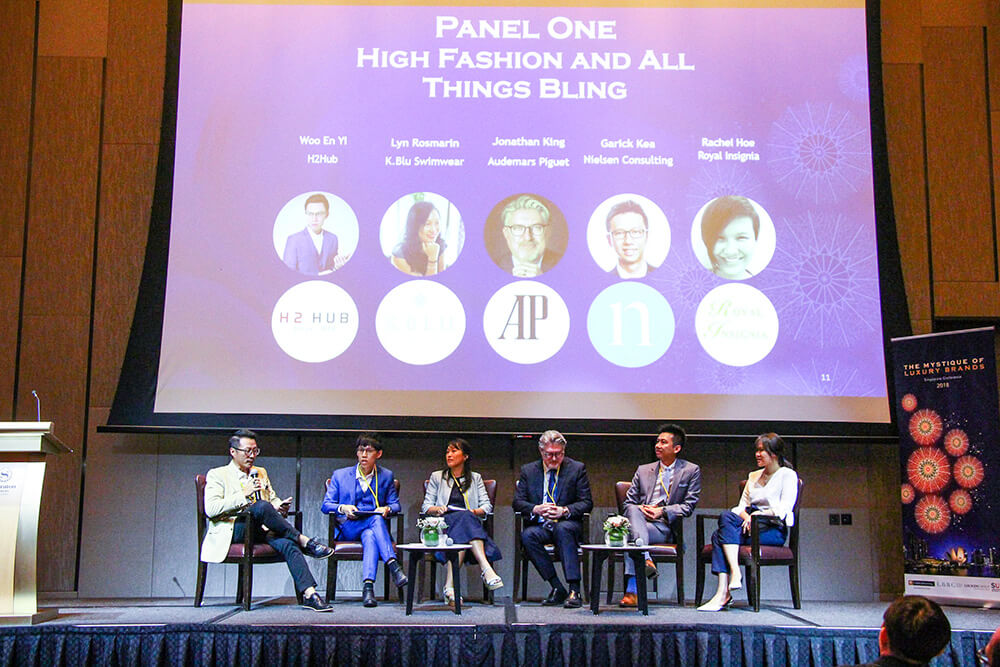 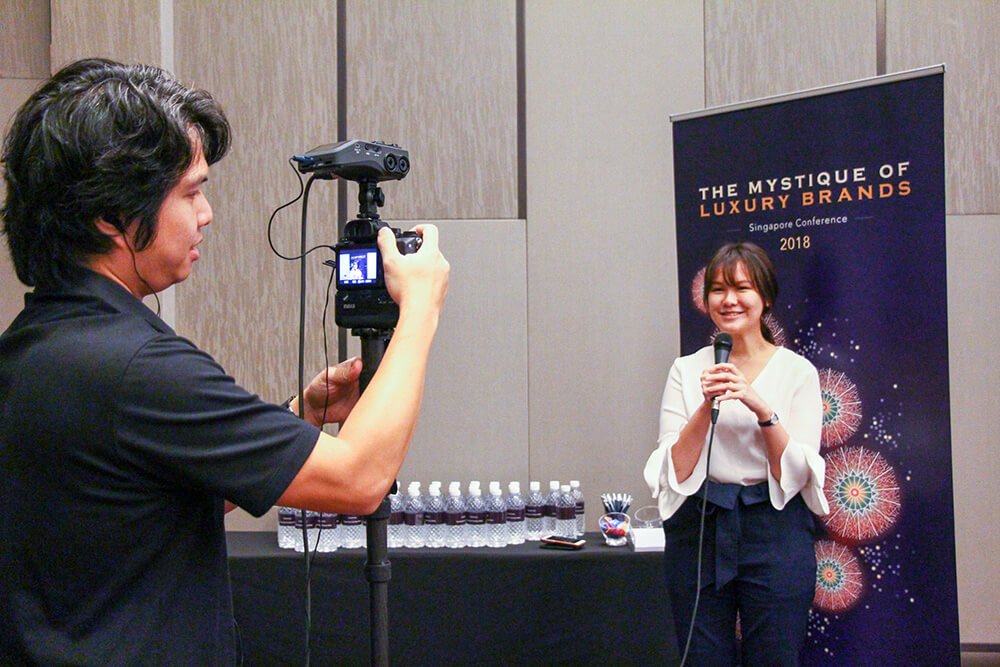 Preserving a story for generations to come

While she now seems to embody the core values of Royal Insignia, Rachel initially didn’t have plans to join the family business. However, she was drawn in by the idea of being able to leave a mark on history and having a hand in shaping how future generations would later view a historical moment. The idea of making a medallion, trophy or jewellery that will eventually become a memento of history pushed Rachel to make the decision of joining her father in Royal Insignia.

Since then, Rachel has spent her time and effort in preserving the traditions of the company while introducing new ways to promote the significance behind what Royal Insignia is doing.

“Aside from simply marking a historical event with the products that we create, I developed the company’s publication arm to publish books that chronicle the history and evolution of our customer’s regalia and diplomatic gifts. Since our customers are mainly royal families, these books provide fascinating insights into how royal courts operate,” Rachel adds.

Moreover, she has spearheaded the development of Royal Insignia’s restoration and conservation department. The department focuses on helping customers restore and conserve the regalia and diplomatic gifts they have received over the centuries, keeping these historic pieces in good condition so they can always relay a story for future generations.

“One thing we’ve learnt from our interaction with our customers is that luxury is no longer about how many karats of gold or diamonds you lavish onto a product,” says Rachel.

“True luxury is about the bespoke process. Our customers experience this process through their conversations with our team who seek to understand their culture and history better before designing a bespoke gift that will capture all these unique elements. I don’t think this process can ever be digitalised.”

Keen to take the next step with SMU? Join our Undergraduate Admissions programme today!