The ‘F’ Word…Overheard Along the Concourse 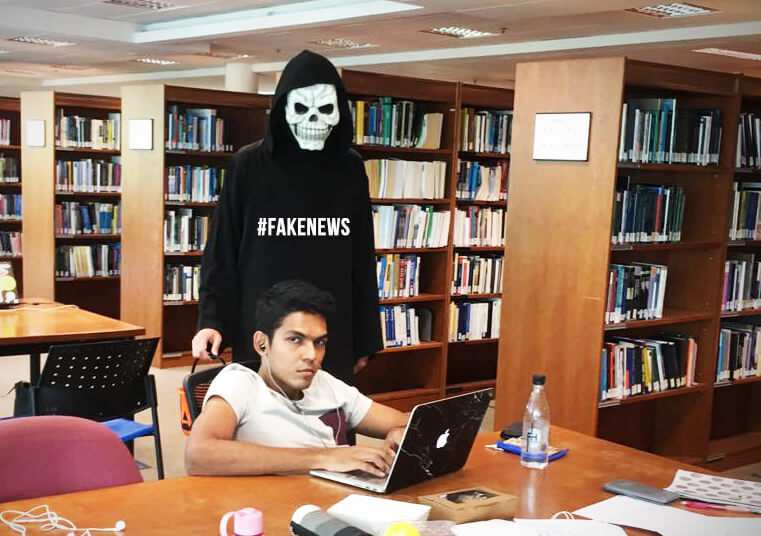 Have you been duped by #FakeNews and #AlternativeFacts recently? If you are relying on social media for your daily diet of news, information and gossip, then you should, by now, be flabbergasted about the recent media coverage about fake news especially via Facebook and Twitter.

When the SMU Blog approached us write something about fake news and alternative facts, we were baffled as we recalled that this topic has been discussed extensively since November 2016 – fueled by US election, prompting much analysis and debates, and even research that promised automated fake detection and news verification. However, after giving it some thought, the authors felt that some contextualisation was indeed needed to help students, especially freshmen embarking on their first university project, to become more discerning, do more fact checking, question more, develop critical thinking skills, build up on information and media literacy skills, etc.

Ironically, the big question now is how do we separate the wheat from the chaff? 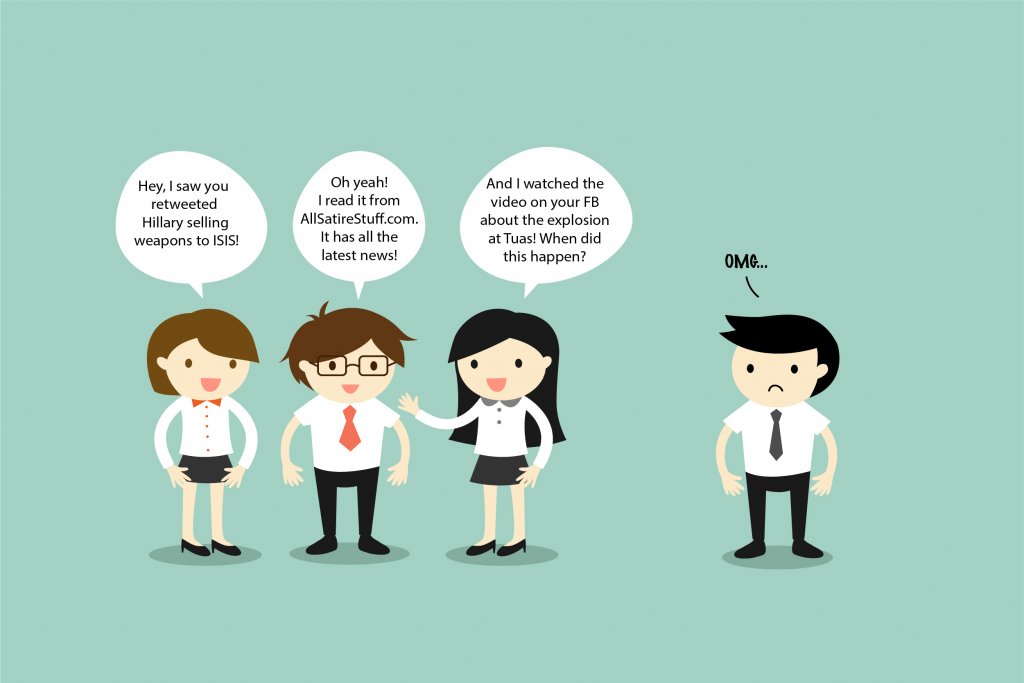 Well, two things come to mind when we consider fake news and alternative facts within the academic ecosystem.

#1 Information, which is the basis of any news or fact, is not absolute.

There is no absolute “good” or “bad” information. In reality, the value of information pretty much depends on the context. When fake news is intended as a satire and the reader is able to laugh aloud at it, it’s fulfilled its purpose. However, when the reader is unable to differentiate real vs fake news, or has been led to perceive it as the absolute truth, we have a real problem.

A colleague suggested looking at the source: is it written by a credible author and/or publisher? Yellow journalism vs CNN – no contest, right? Put that way, then yes, perhaps it is that easy. But how about publications by new publishers or first-time authors who have yet to reach the household-name status? Throw social media into the mix and we end up in real muddy waters. Should I take my PhD friend’s Facebook post about ‘Top 10 Cancer-causing Foods’ seriously? President Trump’s tweet cannot be a joke, can it?

#2 No matter how muddy it is, our duty is to keep asking critical questions.

“Against that positivism which stops before phenomena, saying ‘there are only facts’, I should say no; it is precisely facts that do not exist, only interpretations.”
– The Portable Nietzsche (1954), as translated by Walter Kaufmann.

How accurate are the facts? How relevant are they? To what extent has the author’s bias affected the information? And how do we interpret the facts?

Rob Jenkins wrote, “There are myriad ways in which information can be both factual and dead wrong”, hence the need for critical thinking. It is our duty as students, faculty, and the SMU community as consumers of information, to critically examine such questions because then can we learn from each other and move to a better and deeper understanding.

Advocating this, too, is SMU President, Professor Arnoud De Meyer who notes that, “Universities like SMU, too, have an important role to play through education and research. We can impart to students the skills in critical thinking and analysis, to be circumspect and be able to discern credible sources of information from non-credible ones, and to be open to diverse views for a more balanced perspective. Our students are also required to take a course in ethics so that they will be better at identifying and tackling various issues. Through research, our faculty can work on understanding social norms and how people can be motivated to value truth and the veracity of information.”

So whom do we trust?

Peter Steiner’s cartoon depicting two dogs in front of a computer, published by The New Yorker back in 1993, had already cautioned its readers about being too trusting on the Internet. We cannot deny that the Internet is often our first (and probably most accessible/convenient) source for seeking information. But using the Internet for research can be overwhelming – talk about information overload!

Enter the Librarian – trained information professionals who have, for centuries, guided users to credible sources and, more recently, provided interventions in spotting fake news. The simple infographic below (now translated into over 20 languages) from the International Federation of Library and Information Professionals (IFLA) demonstrates the library’s proactive role in media and information literacy in a digital world. 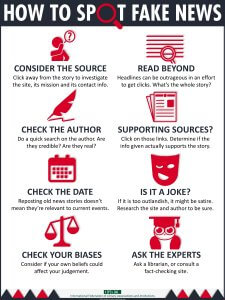 In fact, SMU Libraries has in place an e-learning course titled, Oh Crap!, to guide first-year students using self-reflective critical thinking questions around the Currency, Reliability, Authority, and Purpose (CRAP) of information on the Internet. However, if you have even a sliver of doubt or need to fact-check, remember: the Librarians are your best friends, advisors and trusted partners.

Singapore Press Holdings Limited. (2017, May 23). Singapore Press: The Straits Times and WAN-IFRA to hold conference on fighting fake news. Retrieved May 24, 2017 from http://www.sph.com.sg/media_releases/3193