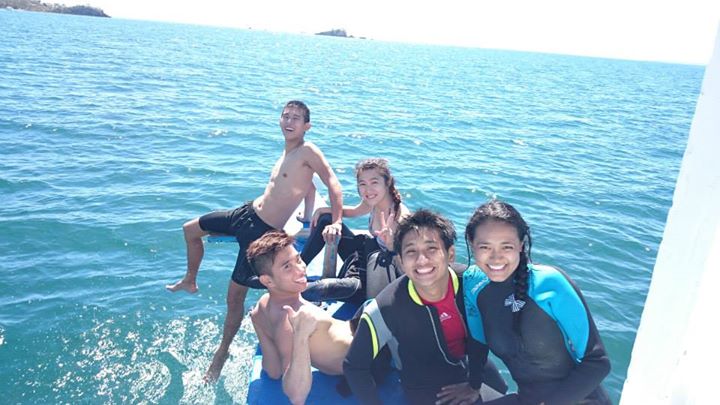 Project Reef Alert is a unique overseas community service project (OCSP) that combines the members’ love of diving with a passion for marine conservation. Read on to find out more about the members’ contribution towards conserving Monad Shoal, and the invaluable insights which they gained about the community in which their project operated.

What is Reef Alert’s focus?

There are three species of thresher shark, and all are listed as ‘vulnerable’ in the IUCN Red List of Threatened Species. In diving circles, the thresher shark is synonymous with Malapascua Island in the Philippines. In fact, Monad Shoal – a sunken island off Malapascua – is one of the few places on earth where you can spot thresher sharks regularly within recreational diving limits.

It was on a diving trip to Malapascua in 2011 that SMUX Diving first came across the Thresher Shark Research and Conservation Project (TSRCP). The members on that trip spoke to Dr Simon Oliver, lead researcher of the TSRCP, to find out how they could help. 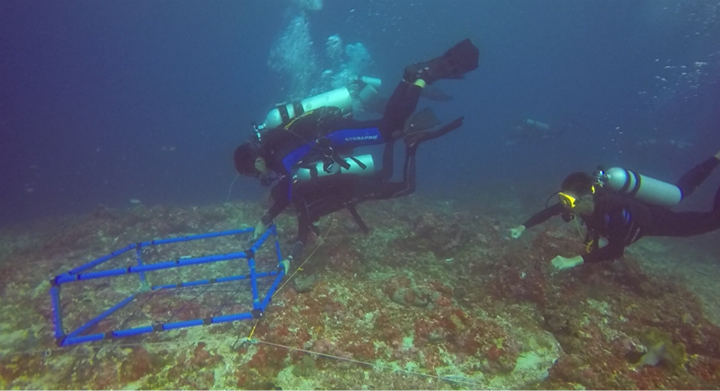 The aim of the TSRCP is to study the marine habitat (namely reefs and marine life) at Monad Shoal, and its impact on the health of thresher sharks. Through the data gathered, it can then effectively develop a sustainable model for the conservation and preservation of the reef at Monad Shoal. This was aligned with Reef Alert’s main objective of reef conservation, and so a partnership was born.

During Reef Alert 2014, we assisted in the data collection of Monad Shoal, which is a cleaning station for thresher sharks as well as manta and devil rays. Through a combination of research methodologies, the Reef Alert team gathered data of Monad Shoal’s coral reef and its accompanying marine wildlife for TSRCP.

Our members worked in four teams of four members each to collect data from the shoal, via a combination of the photo transect and quadrant method. This is an innovative method of data collection designed by the TSRCP for quicker data collection, as we were limited by our bottom time. 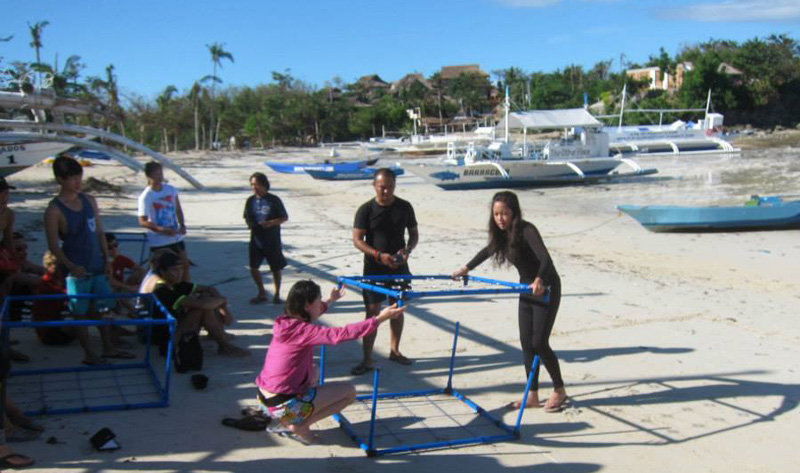 A typical day working on the project involved two dives down to the shoal, followed by analysis of the data collected. This sounds much easier than it really is, because analysing the hundreds of photos of corals and classifying the coral life after two gruelling dives takes some serious mental resilience!

The data gathered contributed to their TSRCP’s existing database, enabling them to track changes to the reef over time and use the data for scientific research purposes.

Taking the project on land

Besides thresher shark sightings, Malapascua is well known for its vibrant marine life like mandarin fish, pygmy seahorses and many others. The local marine life thus serves as an important avenue for tourism for the small offshore island, and because of this, the dive operators on the island have been mostly supportive of marine life by conservation efforts.

The symbiotic relationship with the community is what prompted Reef Alert to take on the additional role of raising community awareness for the island’s ecological needs. To this end, we engaged an elementary school on the island to share with the children how important the thresher shark is to the ecosystem, with the aim of facilitating in them the development of an ecological mindset. 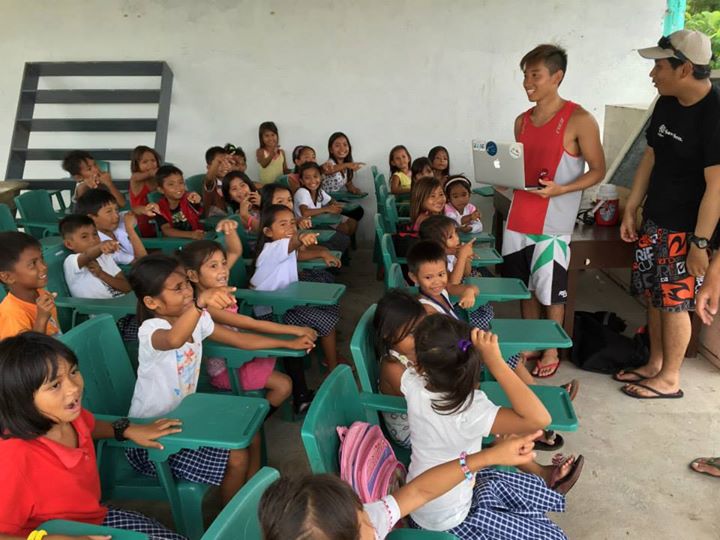 We also brought in some waste management education and tips; waste management has become one of the most pressing issues on the small island as they lack sufficient land and proper technology to manage their trash effectively. As a result, the locals burn their trash daily and this causes air pollution on the island. Trash that is not burnt gets washed into the surrounding waters, damaging marine life.

Due to the locals’ prevailing lifestyle habits, the waste management problem is actually quite a complex cultural issue. However, our hope is that, through educating the children, we can help to cultivate good habits for the future generation to manage waste more effectively.

Learning about the community impact

Not only was Reef Alert 2014 a success, we also gained valuable insights into being part of a large conservation effort on an island that’s mostly made up of fishermen. Despite Monad Shoal being designated as a Marine Sanctuary, some fishermen continue to fish there and were fined as a result.

We learnt through our dialogue sessions with Malapascua’s locals that there is a perception that the foreigners (that’s us) who participate in conservation efforts on the island are threatening their livelihood. They perceive that we support the enforcement of the anti-fishing laws, which they feel are unfair to those who are fishing to make ends meet.

Although the fishermen recognise as well as support the conservation efforts towards Monad Shoal, we believe that a lack of transparency and communication between the villagers and law enforcers may have contributed to the present confusion and frustration among the villagers with regards to the new anti-fishing laws.

As a result of these dialogues, we learnt about the importance of reflecting on the unintended consequences of carrying out a conservation project. It would be naive of us to assume that marine conservation would always affect all stakeholders positively; as far as possible, effort must be made to consider and mitigate negative effects to the community. We’ve indeed gained a very valuable insight with regard to viewing our community service projects from the perspective of the beneficiaries. 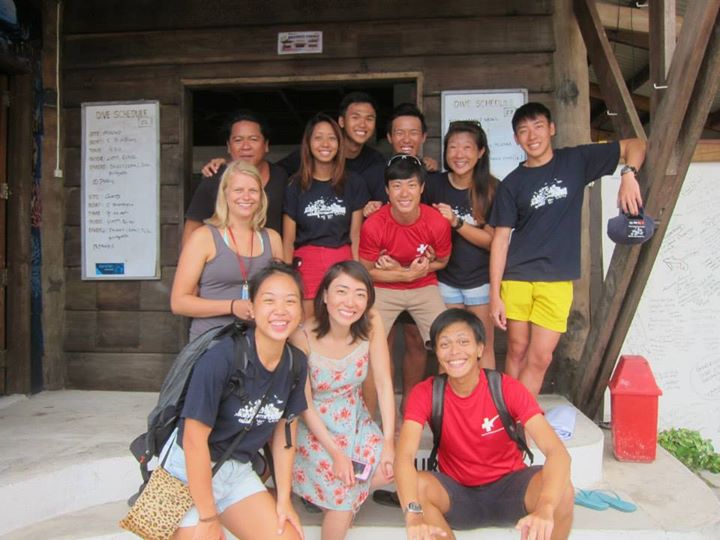 If you would like to participate in this meaningful and unique OCSP, and have an Advanced Open Water certification, please contact the SMUX Diving Team Manager Keith Leow Ewing at keith.leow.2013@sis.smu.edu.sg. Recruitment will begin in August 2015, so do keep a lookout for our recruitment email!