Fake News: Finding the Truth in an Avalanche of Lies 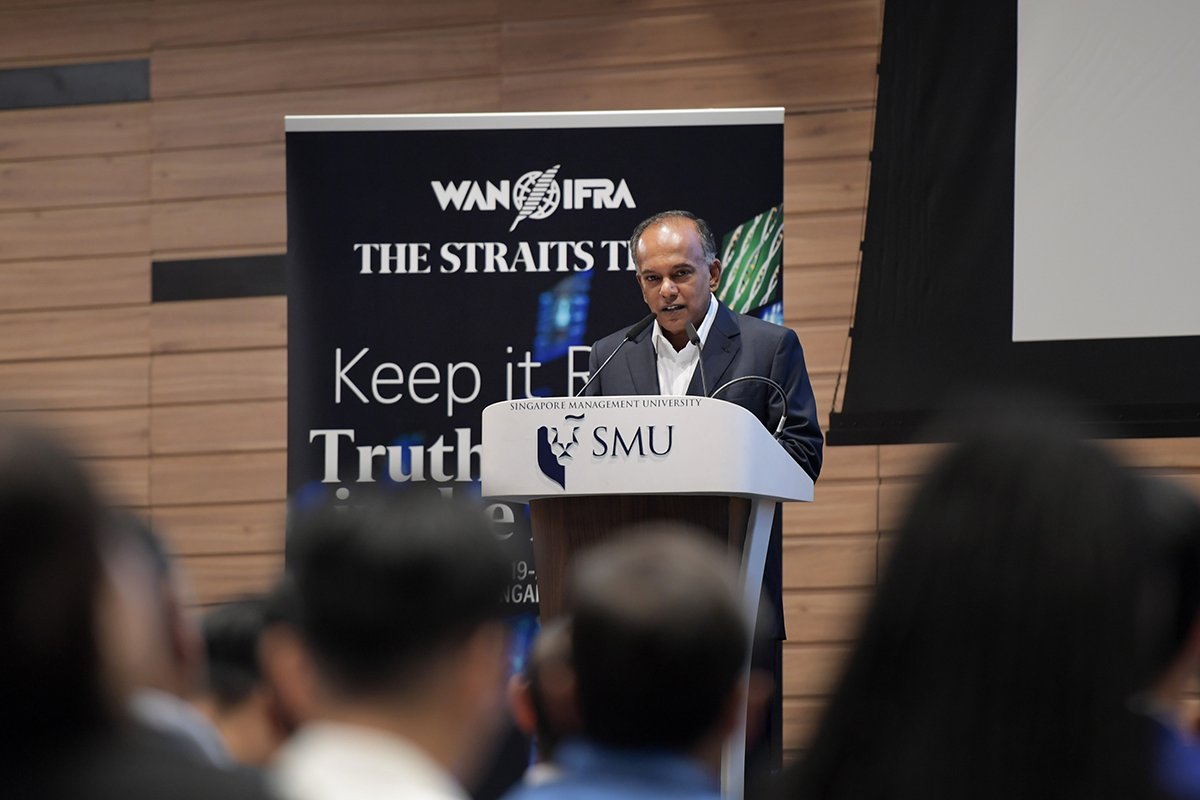 Singapore is at “an inflection point” in its battle against fake news, Law and Home Affairs Minister K Shanmugam told a forum at the Singapore Management University in June.

The proliferation of online misinformation and disinformation has become a genuine threat to social cohesion, he told the event, which was organised by The Straits Times and the World Association of Newspapers and News Publishers (WAN-IFRA). 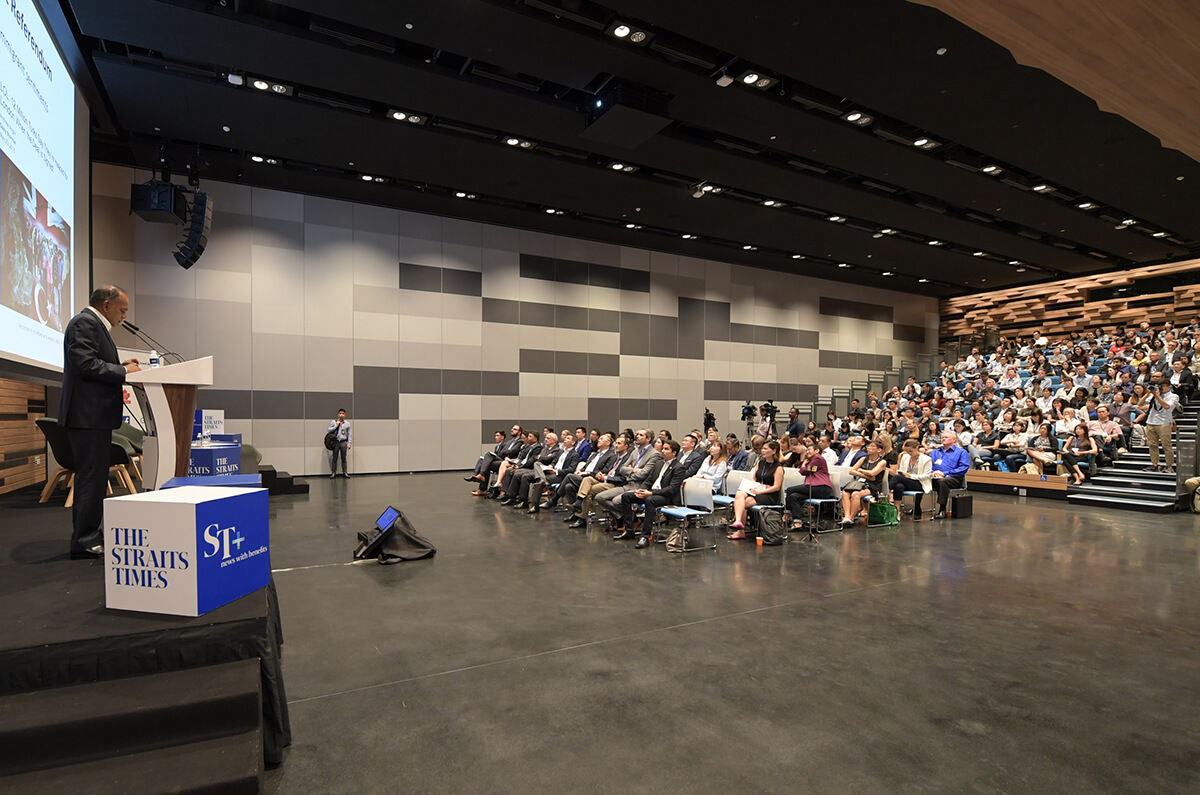 Minister K. Shanmugan delivered the opening address at Keep it Real: Truth and Trust in the Media. ST is one of the co-organisers of this forum. (Source: The Straits Times © Singapore Press Holdings Limited. Permission required for reproduction.)

The US presidential election in 2016 demonstrated the power of fake news, and showed how quickly unfounded rumours on message boards in the backwaters of the internet could find their way through social media into the eyeline of voters, many of whom could not discern what was true and what was a fabrication.

Fake news sites and stories sprung up, sometimes with the deliberate goal of influencing the election, others simply to make money by drawing in readers with sensational headlines. This has become a global phenomenon, and the actors involved range from the amateurish or accidental through to highly-complex state-backed systems of automated social media accounts, or ‘bots’, that spread disinformation.

“I think what we can learn from this is how viral this can go, how many millions of people can be influenced, how it impacts on societies, and how it brings mistrust into important institutions, into the process of democracy, into newspapers,” Mr Shanmugam said. “It makes everyone wonder what the truth is.”

Mr Shanmugam said that a government poll found that 75% of Singaporeans come across fake news occasionally, the rest do regularly. Of them, 66% said they cannot always recognise fake news at first sight, and 25% said that they have shared stories that they later found out to be false.

Fake stories have already spread in Singapore, including one, shared widely on WhatsApp, that the government was chemically seeding rain to clear the haze ahead of a Formula One race. Others were more sinister, and were targeted at creating division between communities.

There is also a geopolitical dimension to the spread of fake news for propaganda reasons. Russia was accused of sponsoring fake news in the US to tip the election in favour of Donald Trump, and Mr Shanmugam said that: “You must assume that every country with an interest in another country would do the same.”

“Given that we are such an open country in terms of internet penetration, and such a small country, but very strategically important not just to our neighbours, but to a variety of countries. Given our racial and religious profile. We would be of particular interest to a number of countries who would want to influence specific racial groups, or social groups, or religious groups within Singapore.” 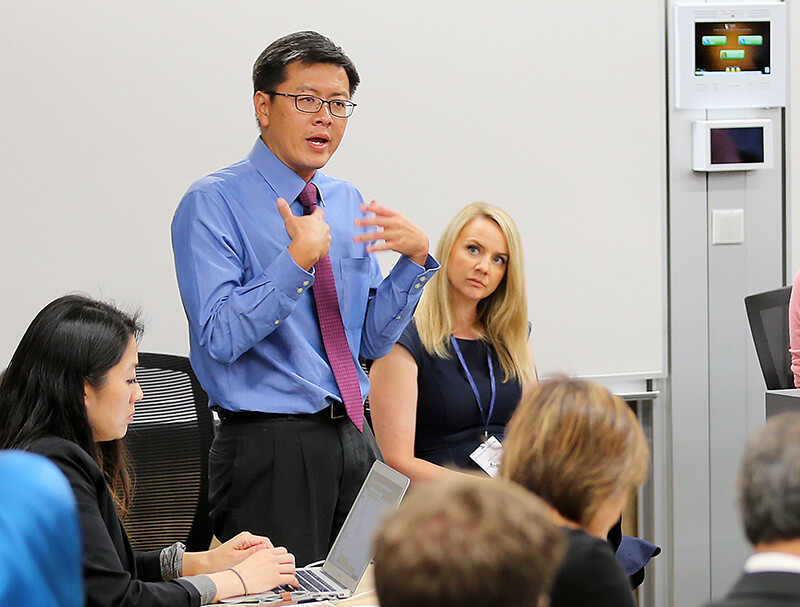 In the past, Singapore has had newspapers backed by foreign powers that have sought to target ethnic groups, but digital platforms have magnified the threat by making it far easier to create and spread fake news.

“We are particularly vulnerable. It would be stupid and naive for us not to recognise that and to see what we can do to defend ourselves. That is a matter of national survival.”

The government is now working on legislation to tackle the spread of fake news. “Policymakers don’t have the luxury of just discussing it,” Mr Shanmugam said.

Such legislation has to be carefully handled, according to Eugene Tan, associate professor of law at SMU.

US President Donald Trump has used the epithet ‘fake news’ to deride legitimate outlets that question his view of the world. Governments that set themselves up as the arbiters of truth walk a fine line between quashing disinformation and restricting free speech.

“In any attempt to try to regulate fake news, there must be regard shown to sustaining free speech,” Prof Tan said. “Even as governments seek to do what they think is right, I think it is important that regulation must not weaken the ability of societies to discern for themselves. Governments cannot do the thinking for the people.” 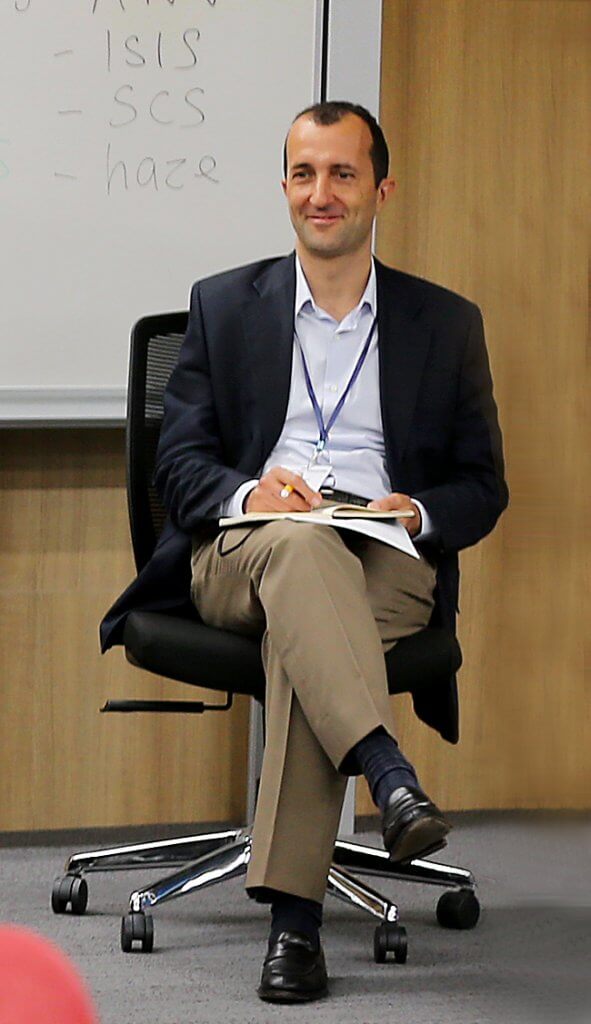 Fake news will always exist, regardless of attempts to quell it at its source, Prof Tan said, which means that societies need to be more resilient.

“If we want to deal with fake news, then the role of trust becomes very important. Trust in the basic institutions of society. Trust in the media, trust in journalism, and of course, trust in the people themselves,” he said.

Gilles Demptos, Asia director at WAN-IFRA, said that the traditional news industry needs to play a role by ensuring that it maintains its standards of ethics and fact-checking.

Society at large needs to be able to distinguish between quality journalism and fake news, or else the vital role that the media plays in democratic societies could be undermined, he said. “Disinformation comes from many other parts of society. They come for profit reasons, for propaganda, for political influence… As news publishers, our mission is to provide society with established facts, verified facts, on which we can build a real dialogue.”

SMU Events Every Freshie Needs to Check Out
An Open Letter to Incoming Freshmen. Signed, Sandra. 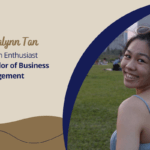